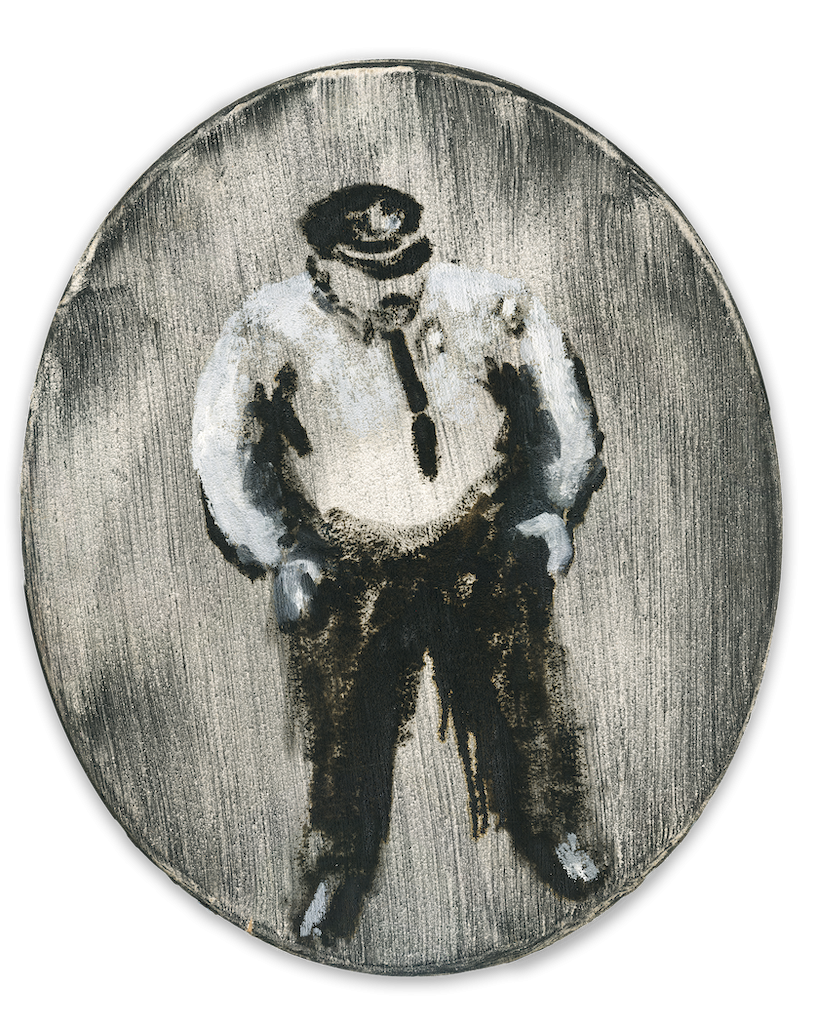 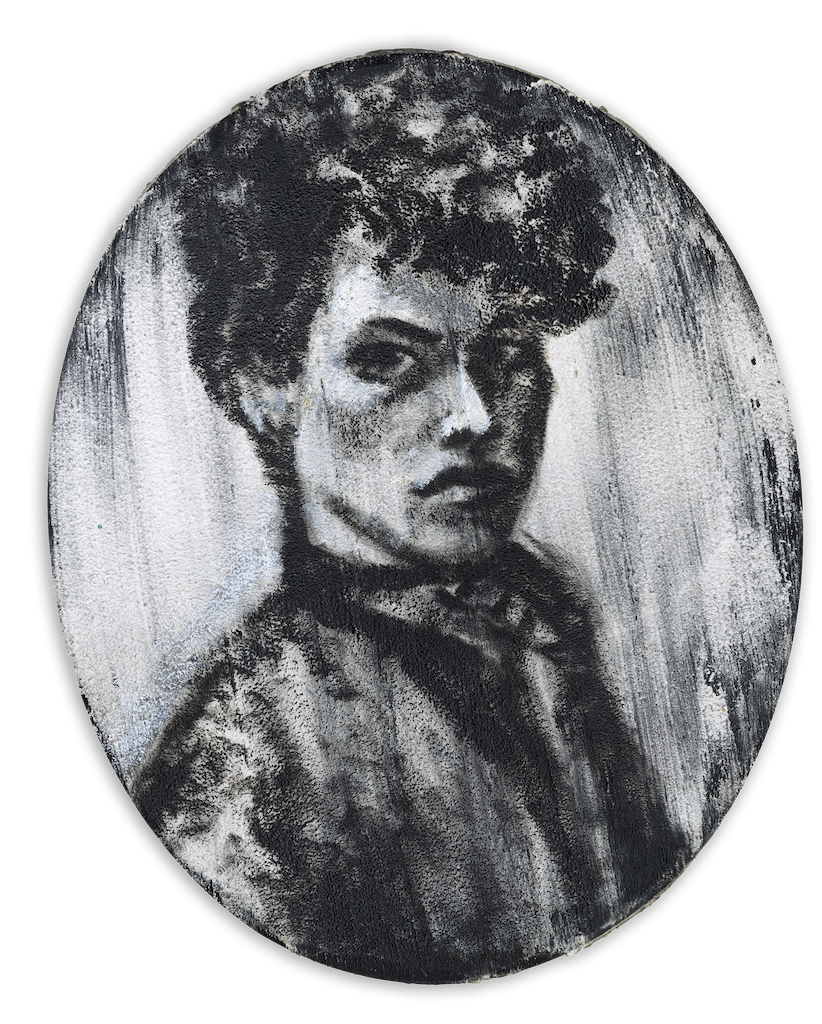 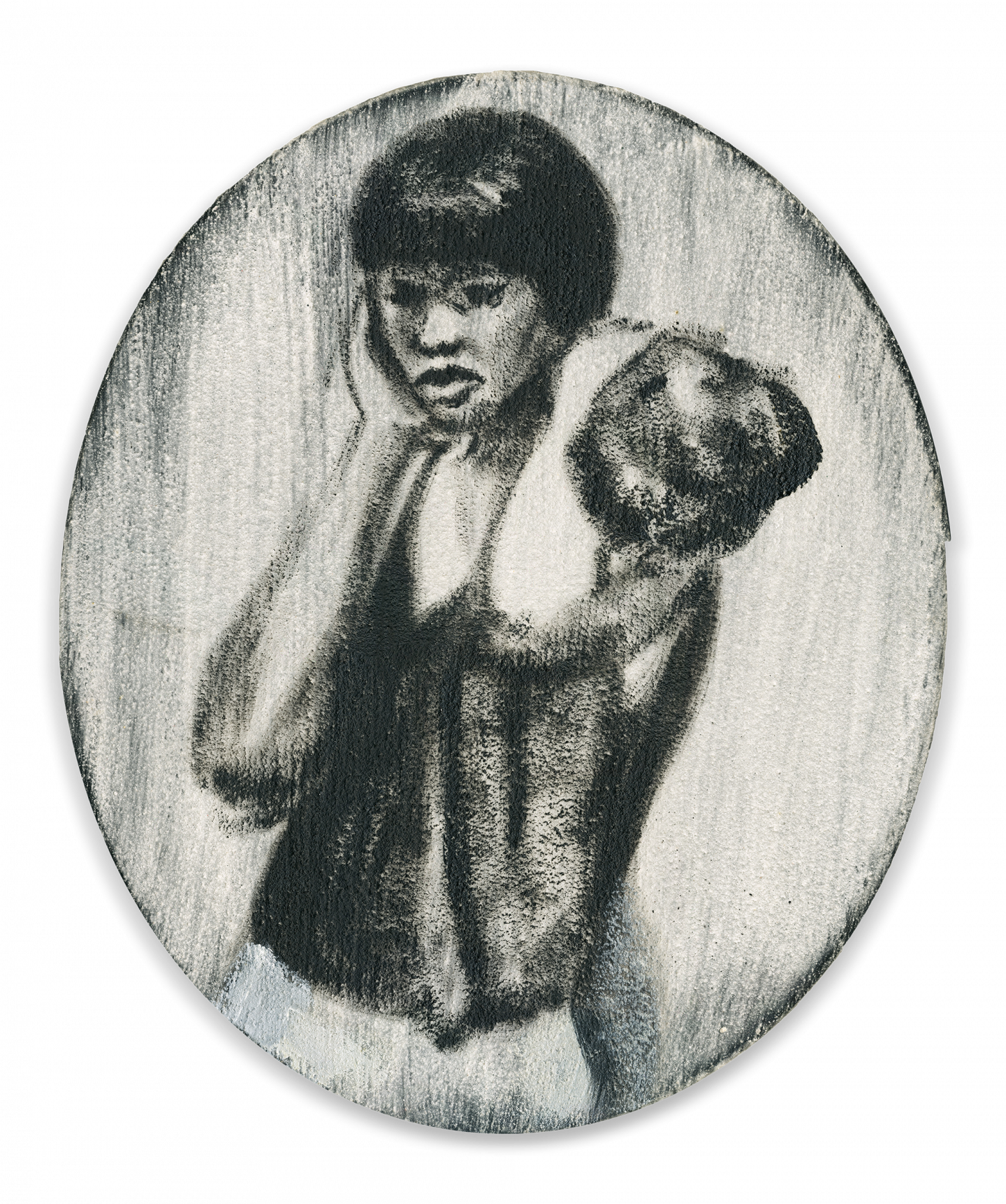 Chico Looking Over His Shoulder, 1992 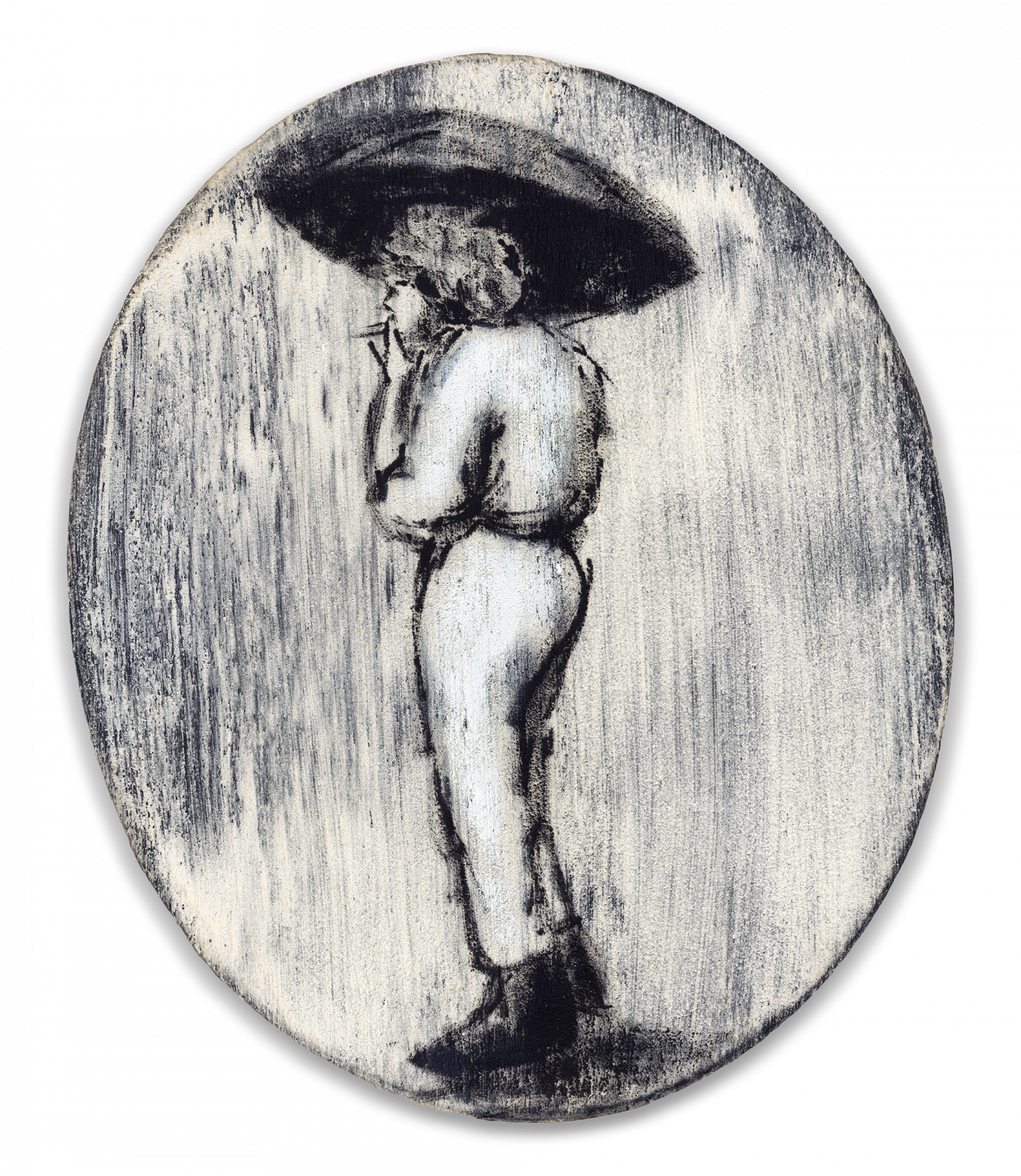 Jane Dickson is known for her glowing, atmospheric depictions of life in New York City and across the country. Born in Chicago in 1952, Dickson arrived to New York in 1977, where she soon began working the night shift programming visuals for Times Square’s first digital billboard, including the New Year’s Eve countdown. There, from her after-dark vantage point, she was witness to the continual movement of figures and upturned faces basking in the square’s hallucinatory light. As well as street scenes and individual portraits, Dickson’s subjects include the interiors of strip clubs and casinos, signage and highway billboards, tunnels and bridges, demolition derbies, and suburban dwellings—presenting a duality of attraction and repulsion within the promises, hopes, and desires that lie at the core of US culture. Into the early ‘90s, Dickson turned her focus from creating atmospheric outdoor and interior scenes to a series of individual portraits created in a drastically reduced palette, titled Trust Me. On view is a selection of works from this series, which presents a constellation of friends, family members, herself, and strangers alike within a smaller, oval format. Through this moment of grayscale simplification, each work takes on a more reflective, even sombre tone, cementing its subject in a moment in time. While capturing the seductive quality of time and place, Dickson’s works resemble time-capsules in themselves.

As well as being a deeply-rooted observer of street life, Dickson is an important part of the city’s creative history, involved in connecting the downtown art and punk scenes to uptown graffiti and hip-hop subcultures. At the time, Dickson was exhibiting at FUN Gallery as well as Fashion Moda of the South Bronx, and was an early member of the downtown collective Colab—whose watershed The Times Square Show was presented in an abandoned Times Square massage parlor, combining the visual, music, and performance cultures of uptown and downtown. Dickson has featured in a great number of solo and group exhibitions, including the 1985 Whitney Biennial; The Metropolitan Museum of Art (1991); Creative Time (1993); Jane Dickson: Paradise Alley, curated by Thelma Golden at the Whitney Museum (1996); and most recently in the survey exhibition New York Underground: East Village in the 80s, presented at the Seoul Museum of Art in 2019, now traveling through China. Jane Dickson in Times Square was published in 2018 by Anthology Editions. Her work is in the collections of the National Portrait Gallery at the Smithsonian, The Museum of Modern Art, The Metropolitan Museum of Art, The Whitney Museum, The Brooklyn Museum, The Art Institute of Chicago, and the Victoria and Albert Museum, London, among others. Dickson’s work can also be found at the MTA Times Sq-42 St subway station, where she completed a mosaic in 2008.

Chico Looking Over His Shoulder
1992