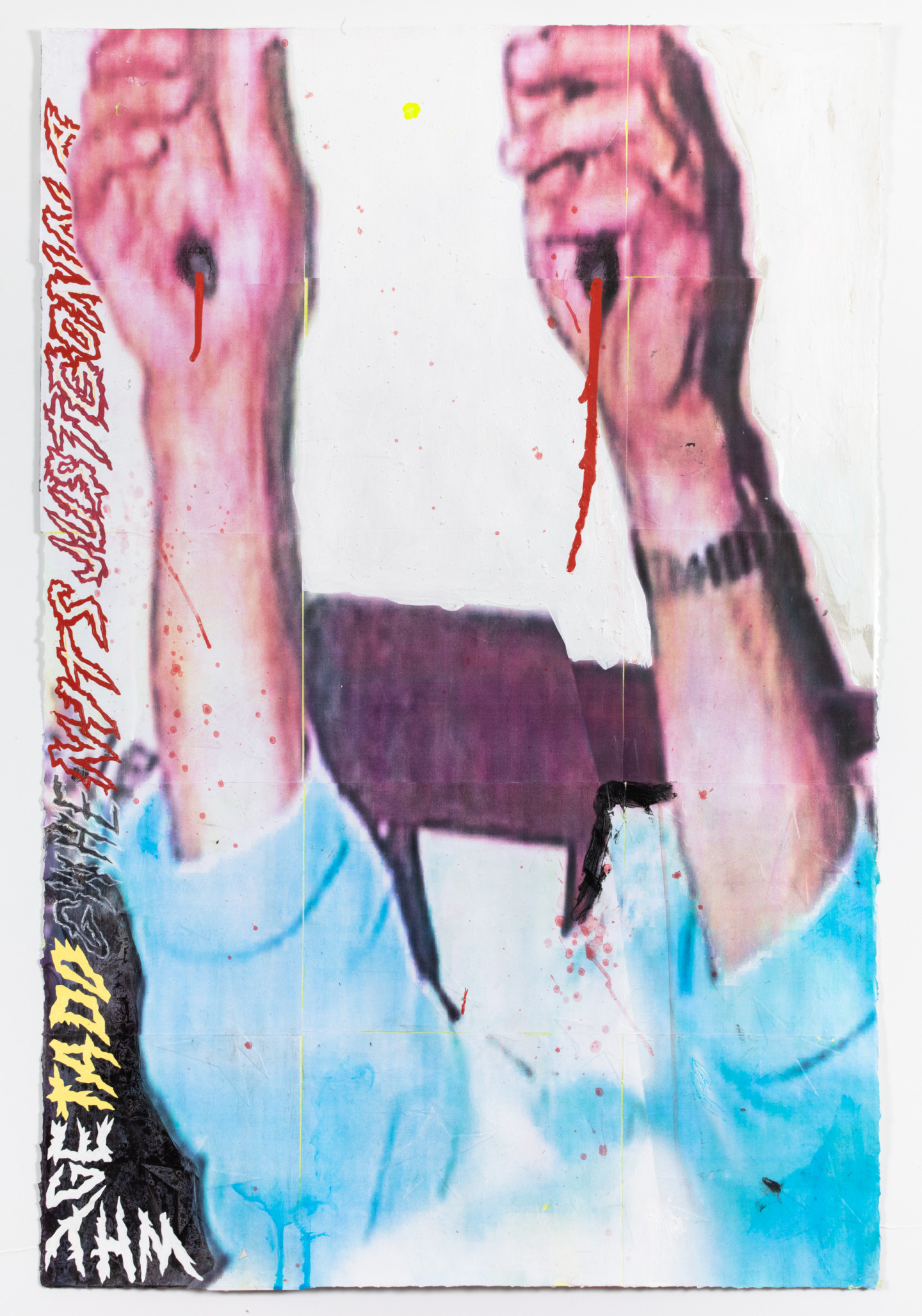 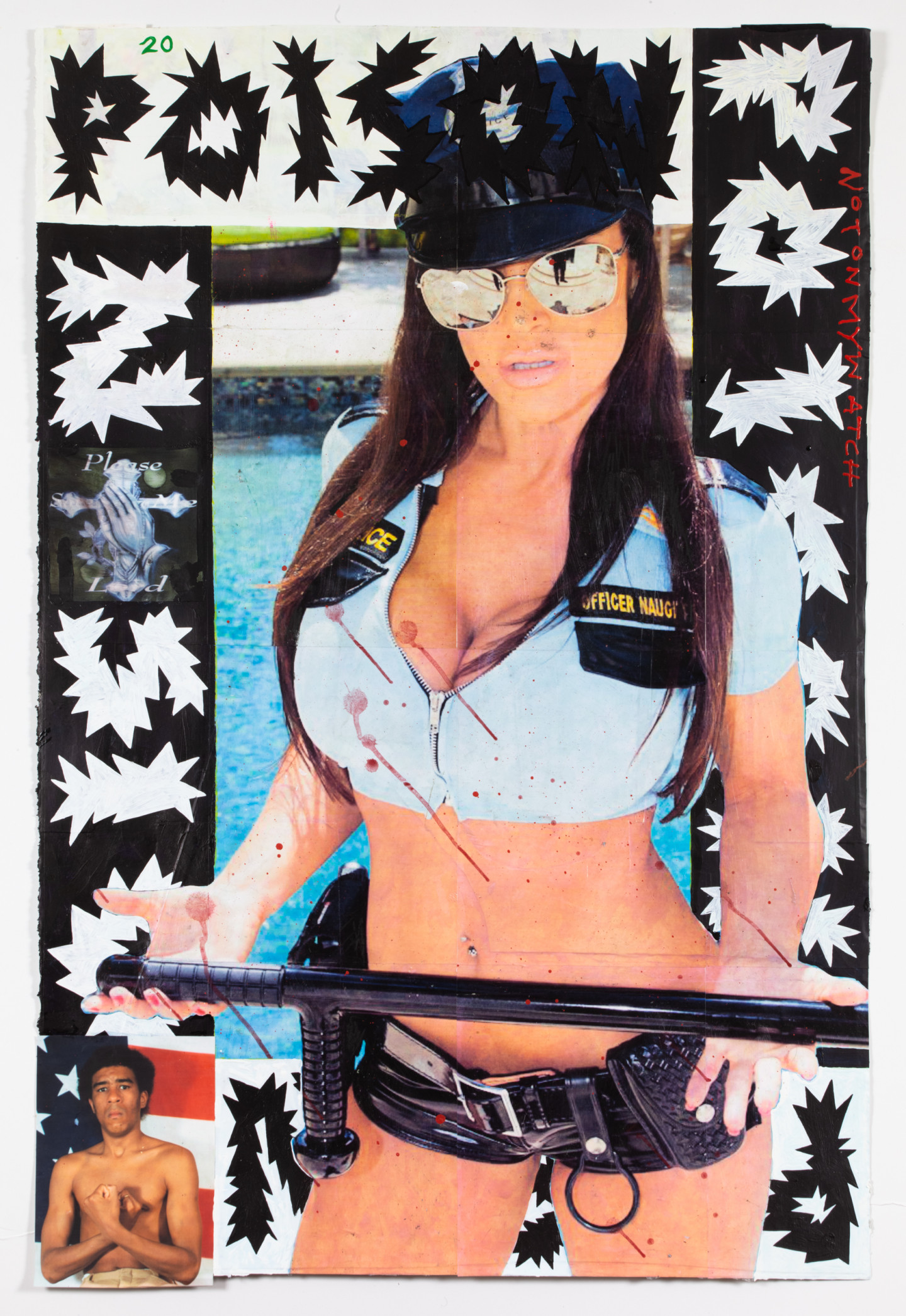 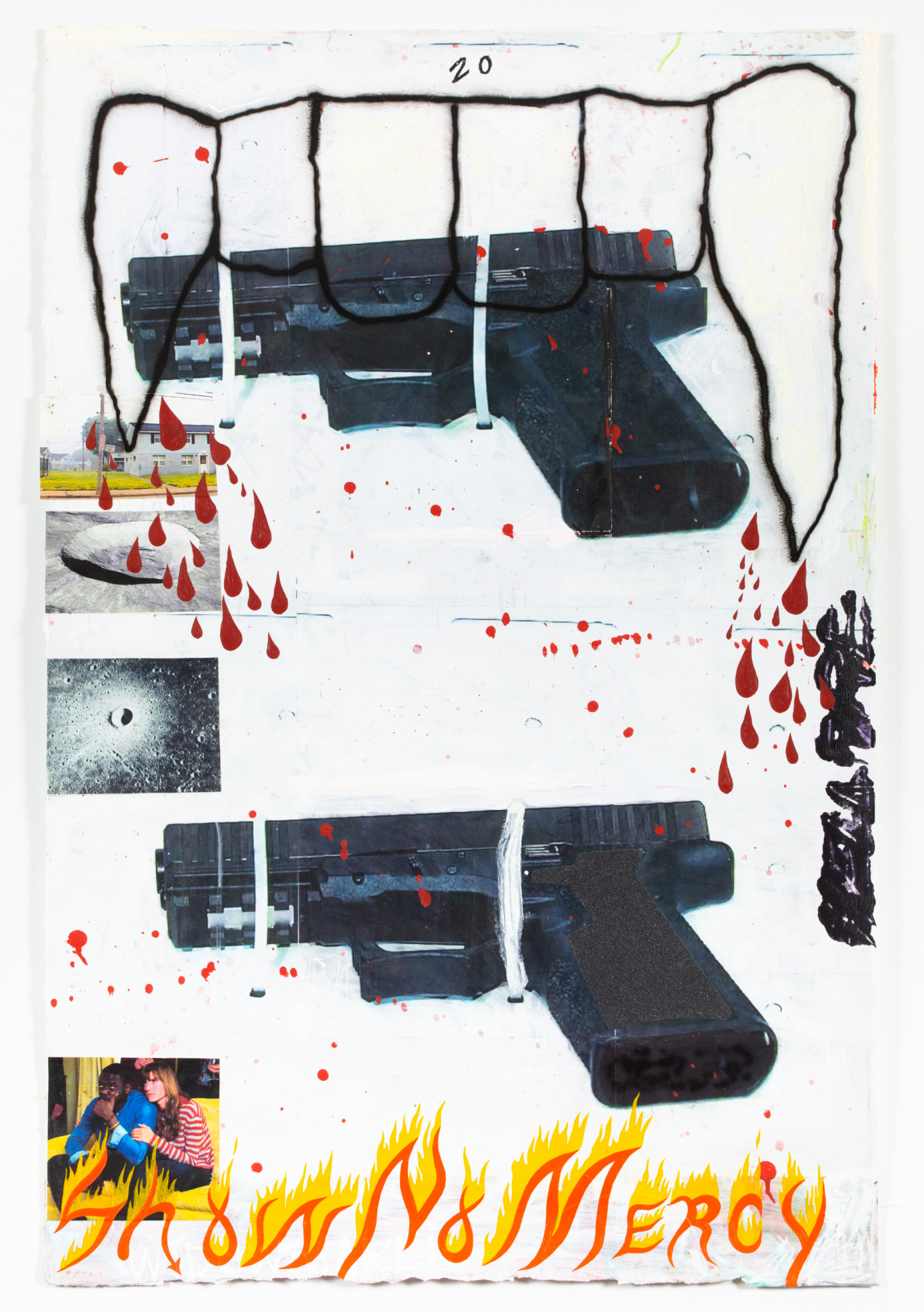 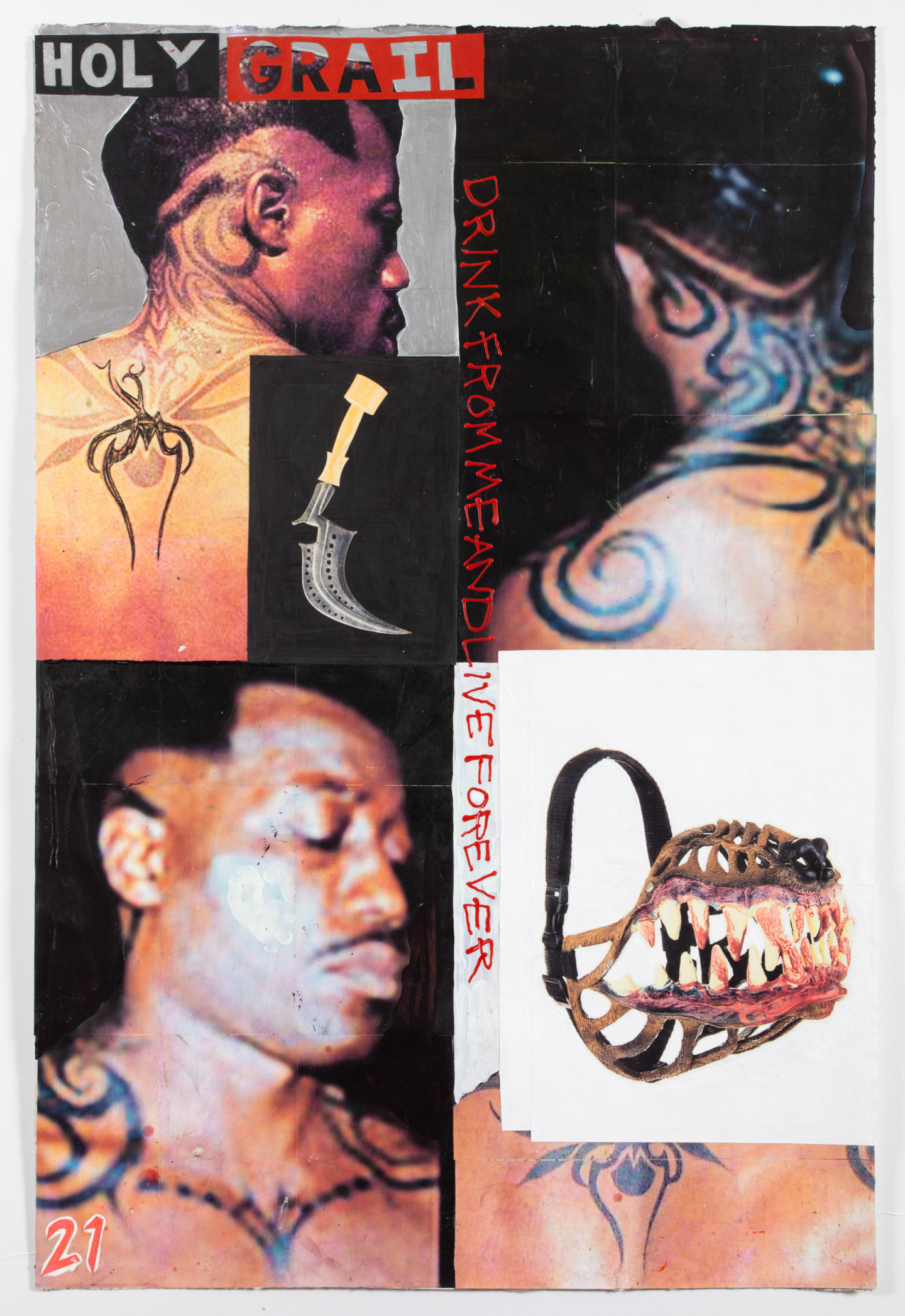 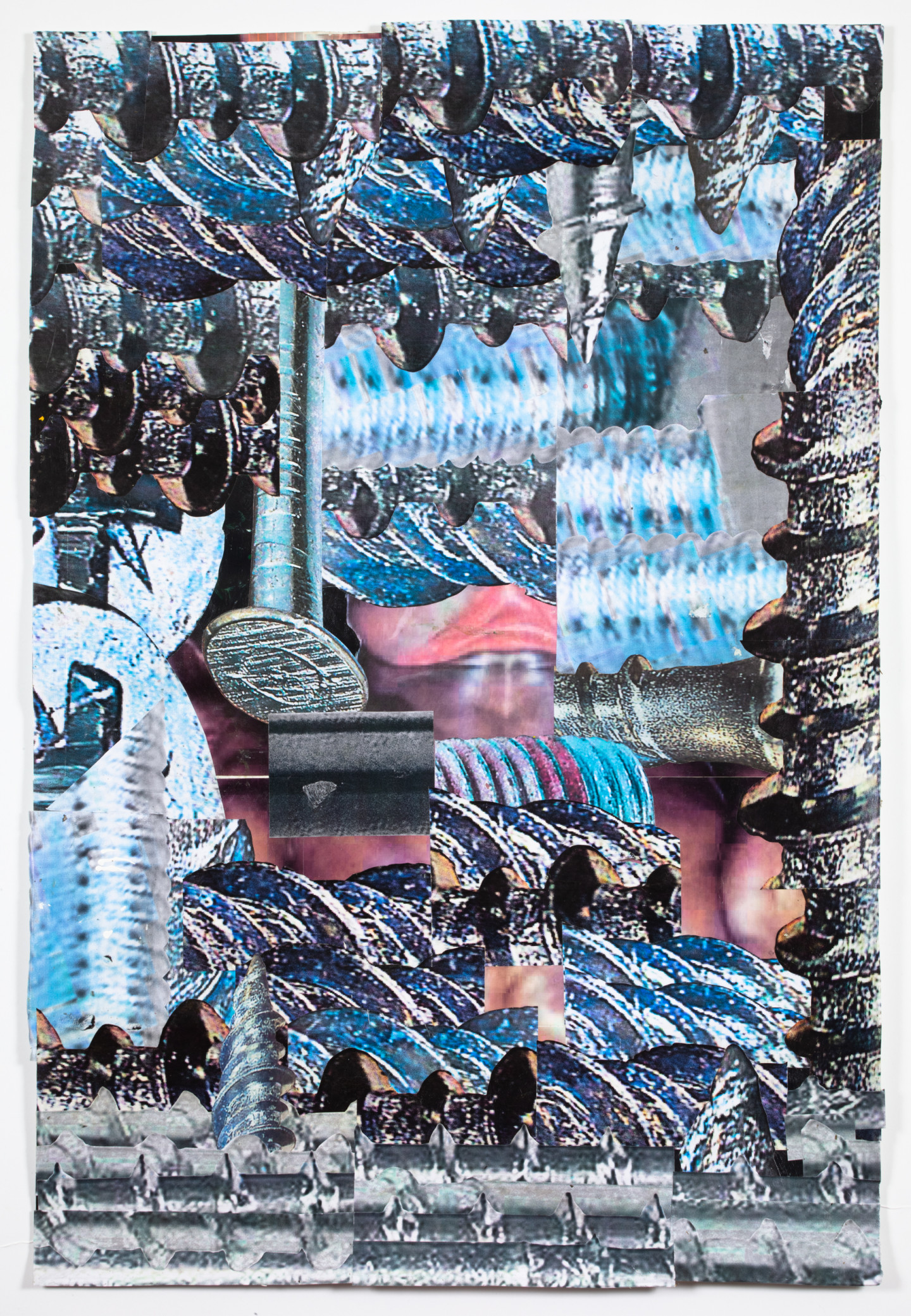 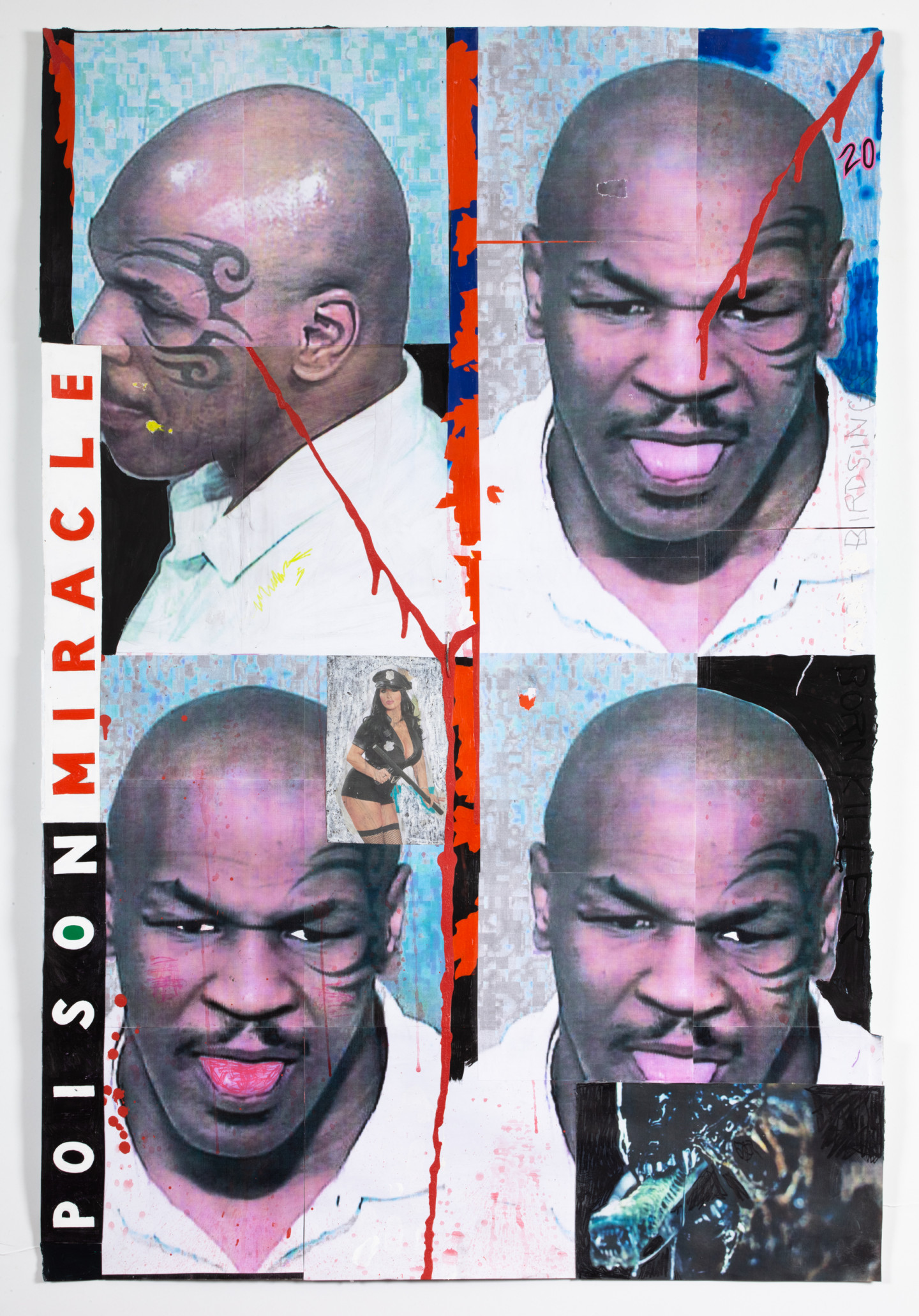 In Cameron Spratley’s mixed-media works, meaning floats between image and text. The nature of the image itself is called into play, where the image’s potential status as evidence shifts with its recognizability—and the weight of it being real or fake is called into question. The title of Spratley’s exhibition speaks to this caged potential of the image; as well as the broad sensation of the time during which these collages were made. The works in Caged Bird Songs speak to the cycles of activity that their contents are involved in—both within the work and beyond it—of violence, value, possibility, attraction and repulsion, interchangeability, and their continued circulation.

Within each composition, a ricochet occurs visually and materially. Paint, inkjet prints, varnish, airbrush, pencil, cut paper, and grip-tape hold together a series of six configurations, which together relate as a single body. The title of each produces a further kind of cross-hatching, whereby text that appears within one work may become the title of another. What is meant by the image’s appearance in a work is often different or mutated from the status of it in the world. As the immediacy of text and image become entangled in Spratley’s works, so might the viewer in deciphering their presence here.

Cameron Spratley (b. 1994 in Manassas, VA; lives and works in Chicago, IL) has presented solo exhibition at M. LeBlanc, Chicago and Demon Leg, New York; and has been included in group exhibitions at Arcadia Missa, London; UGLY, Chicago; Pilot Projects, Philadelphia; and ADA Gallery, Richmond, among others. Spratley received his BFA from Virginia Commonwealth University, and is completing his MFA at The School of the Art Institute of Chicago. Spratley collaborated with Monkey Paw Studios on the upcoming remake of Candyman, set in Chicago. James Fuentes will present a solo exhibition of Spratley’s work at its physical location in the summer.