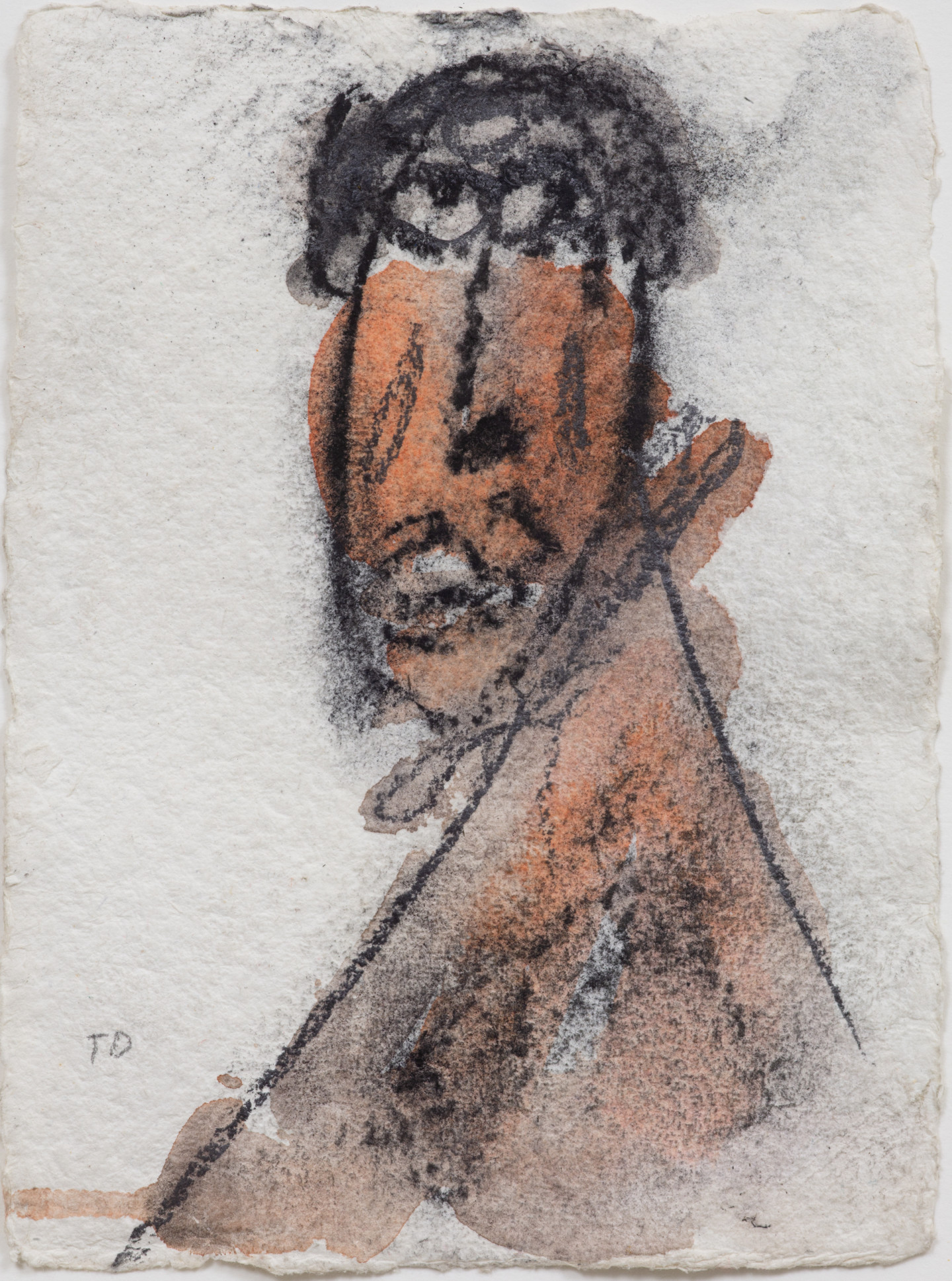 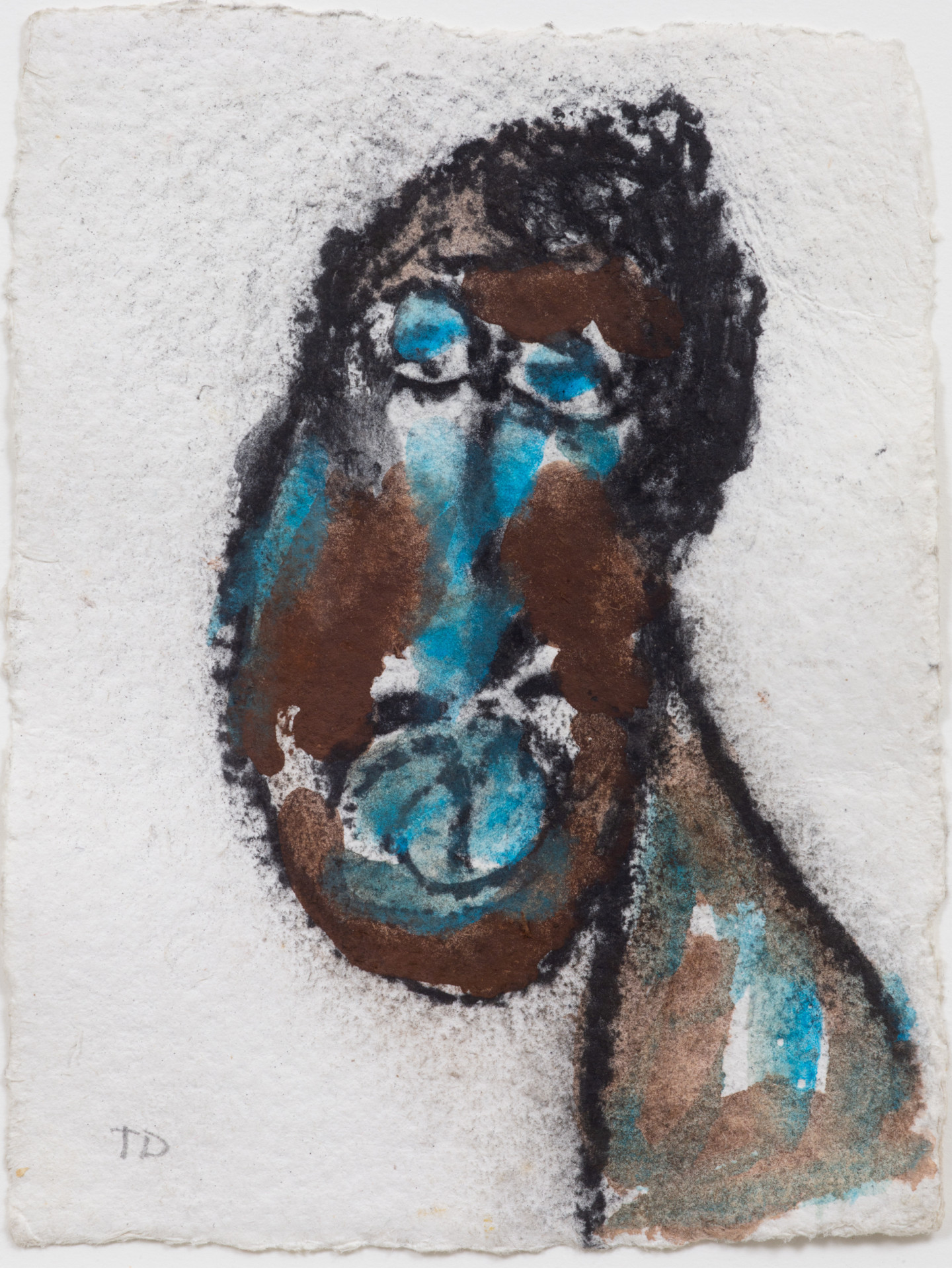 Thornton Dial, Self Portrait 2 of 4, ND 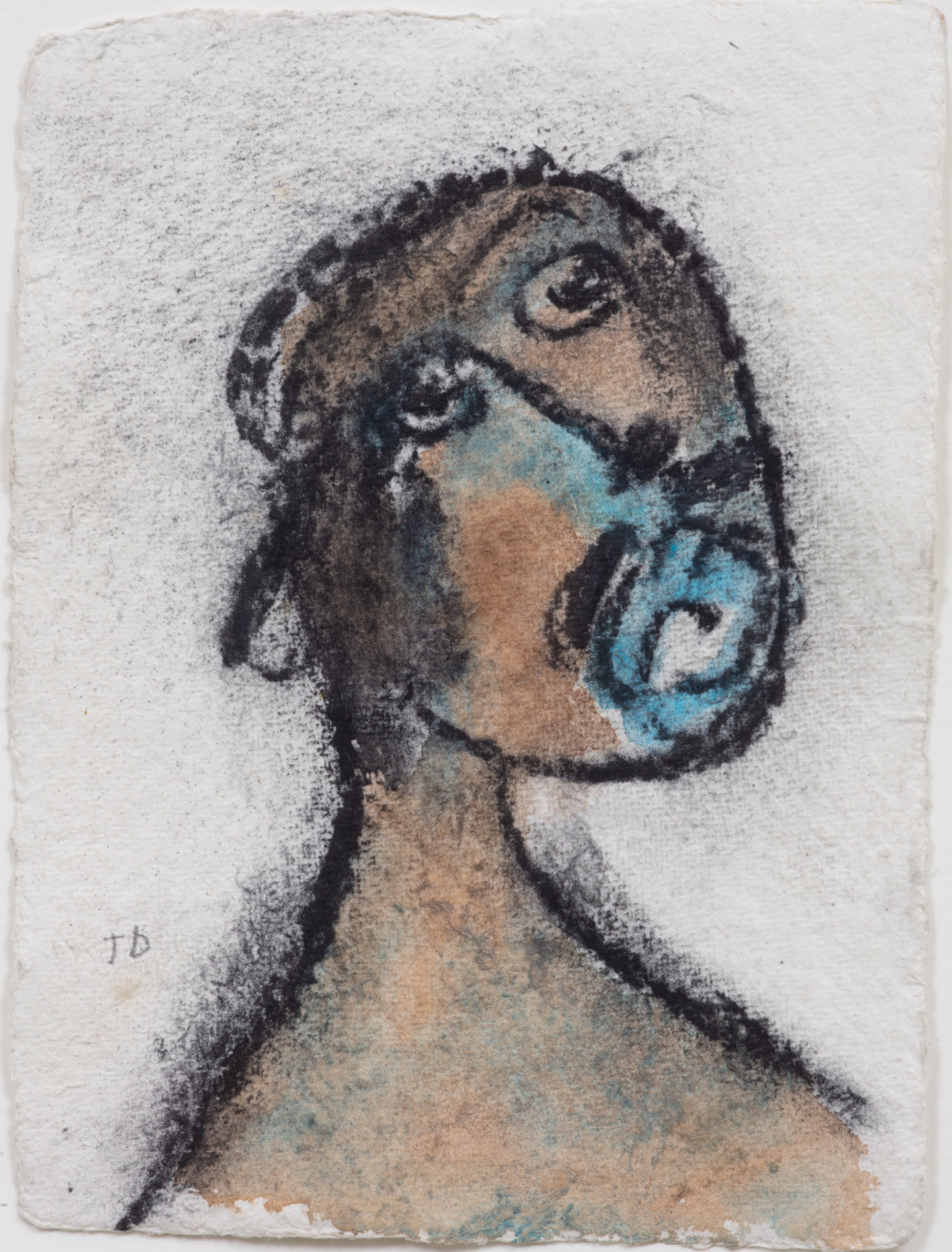 Thornton Dial, Self Portrait 3 of 4, ND 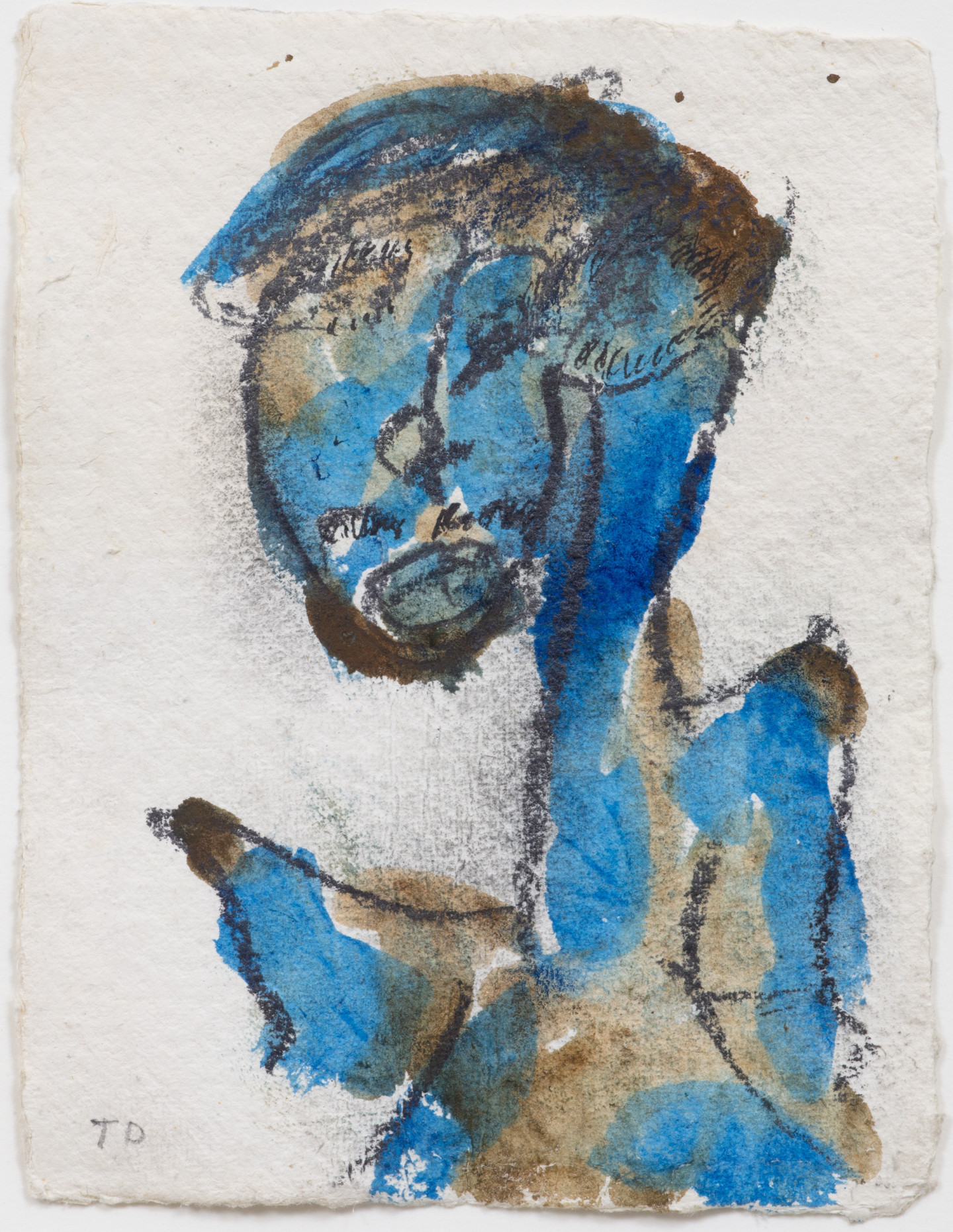 Thornton Dial, Self Portrait 4 of 4, ND 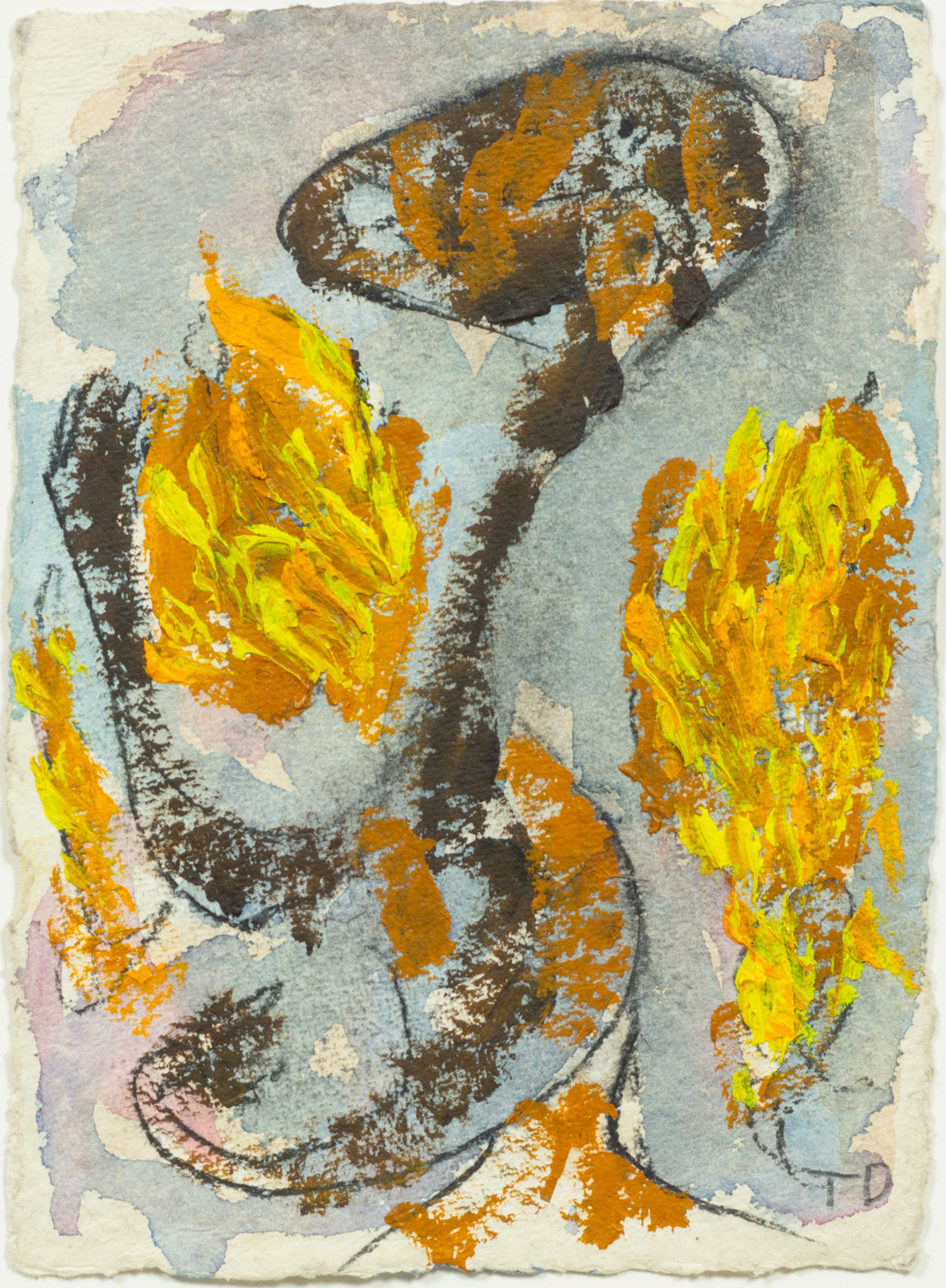 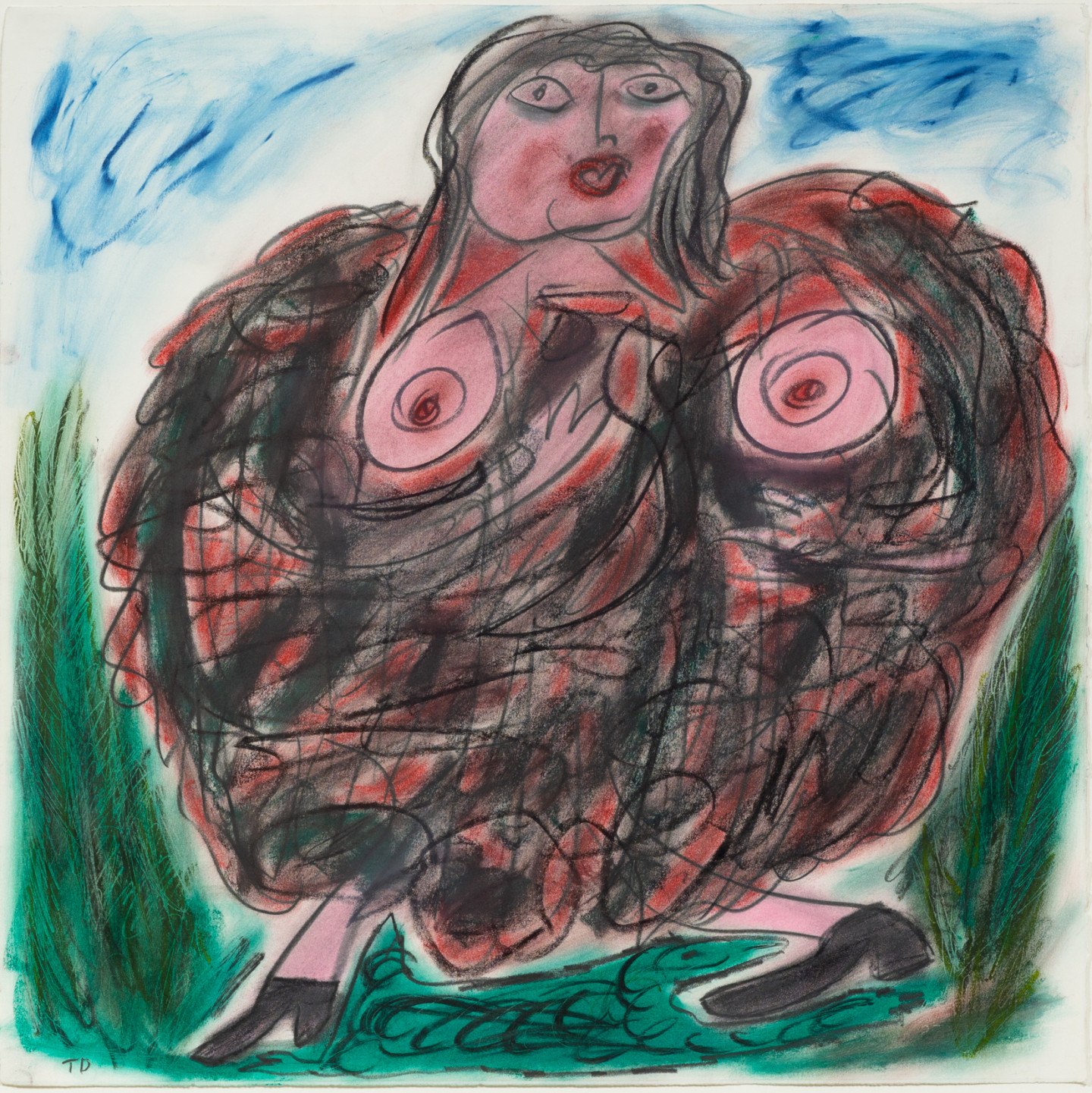 Thornton Dial, Designing an Outfit for the Big Lady, 1994 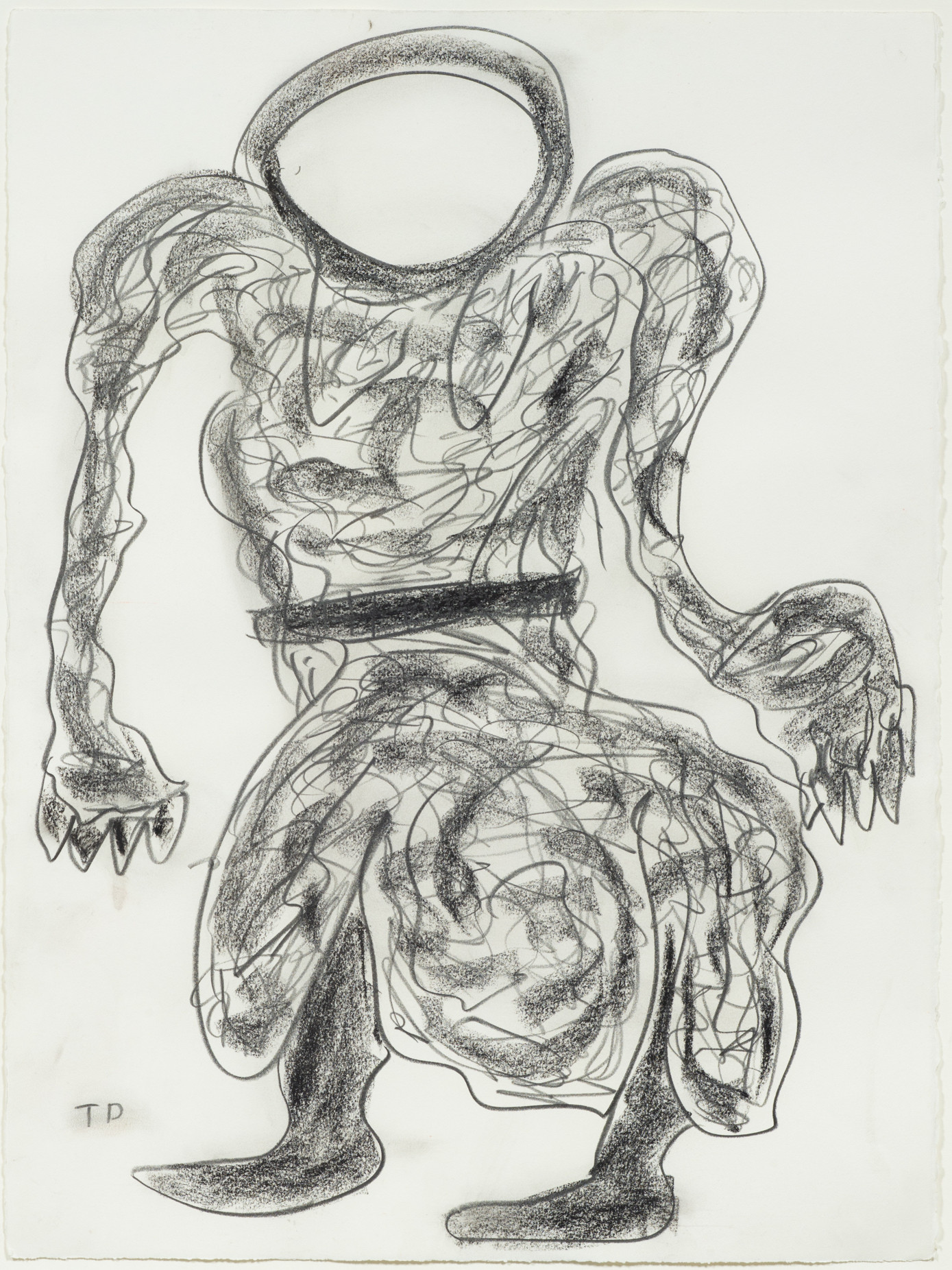 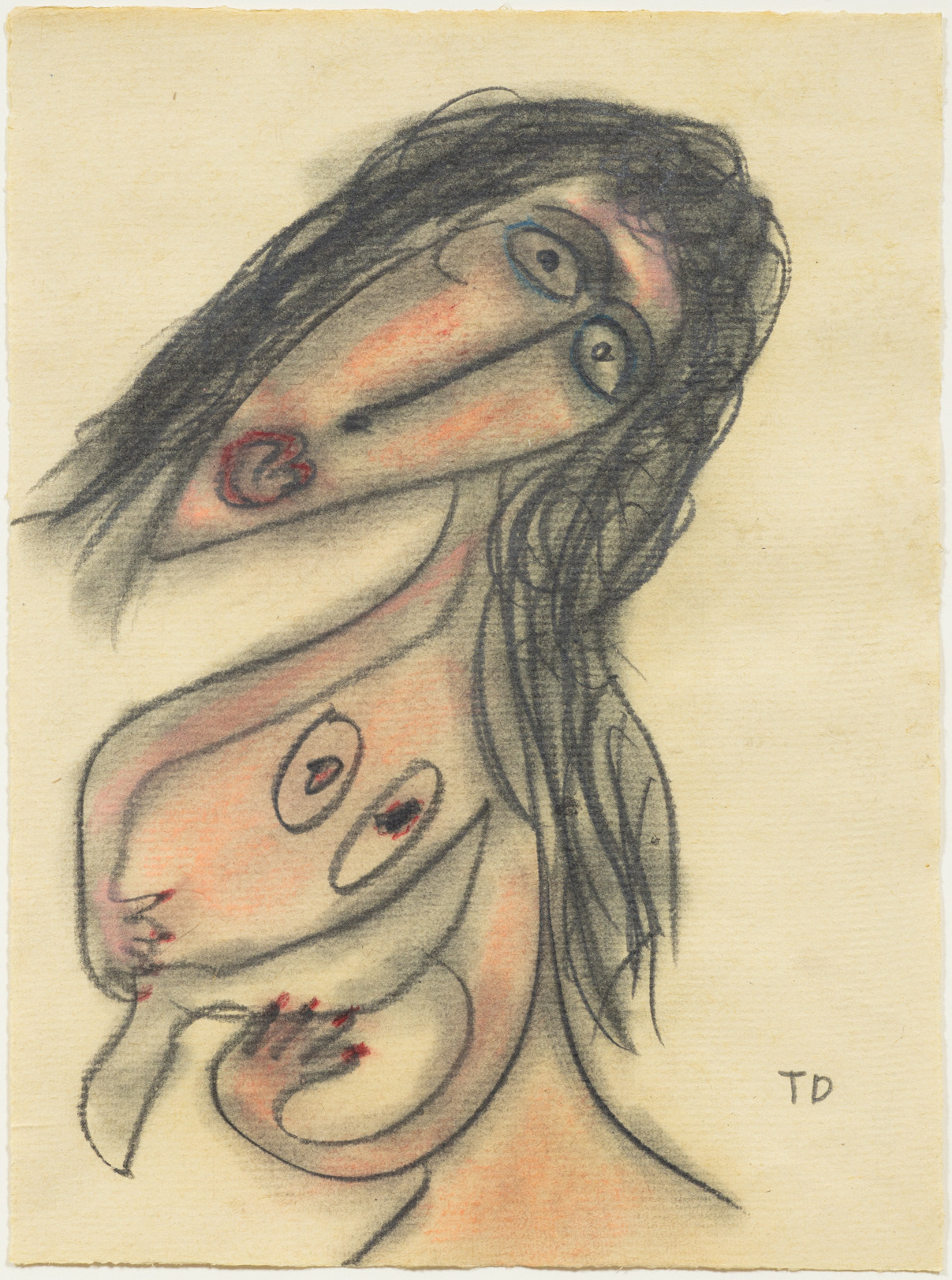 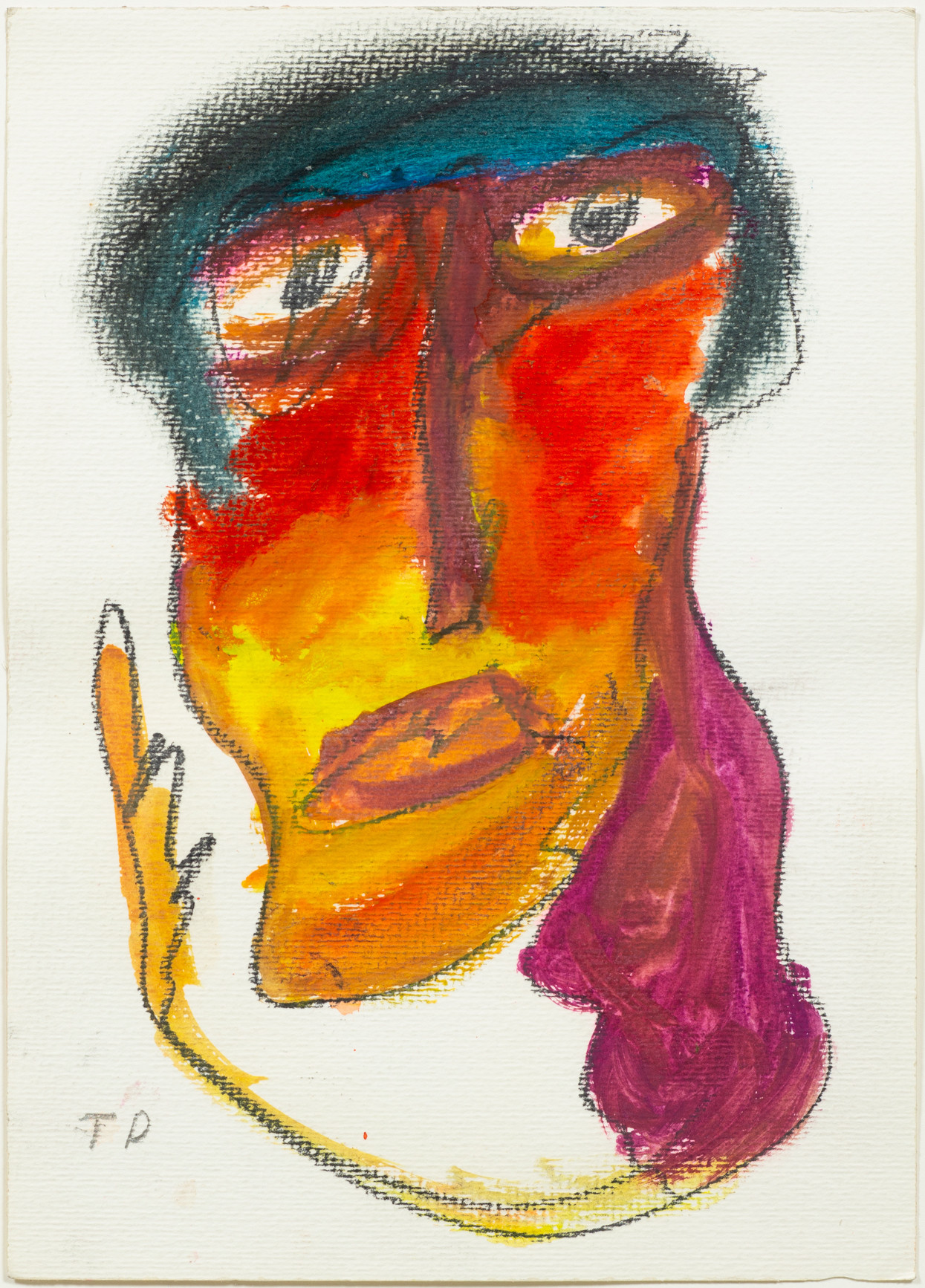 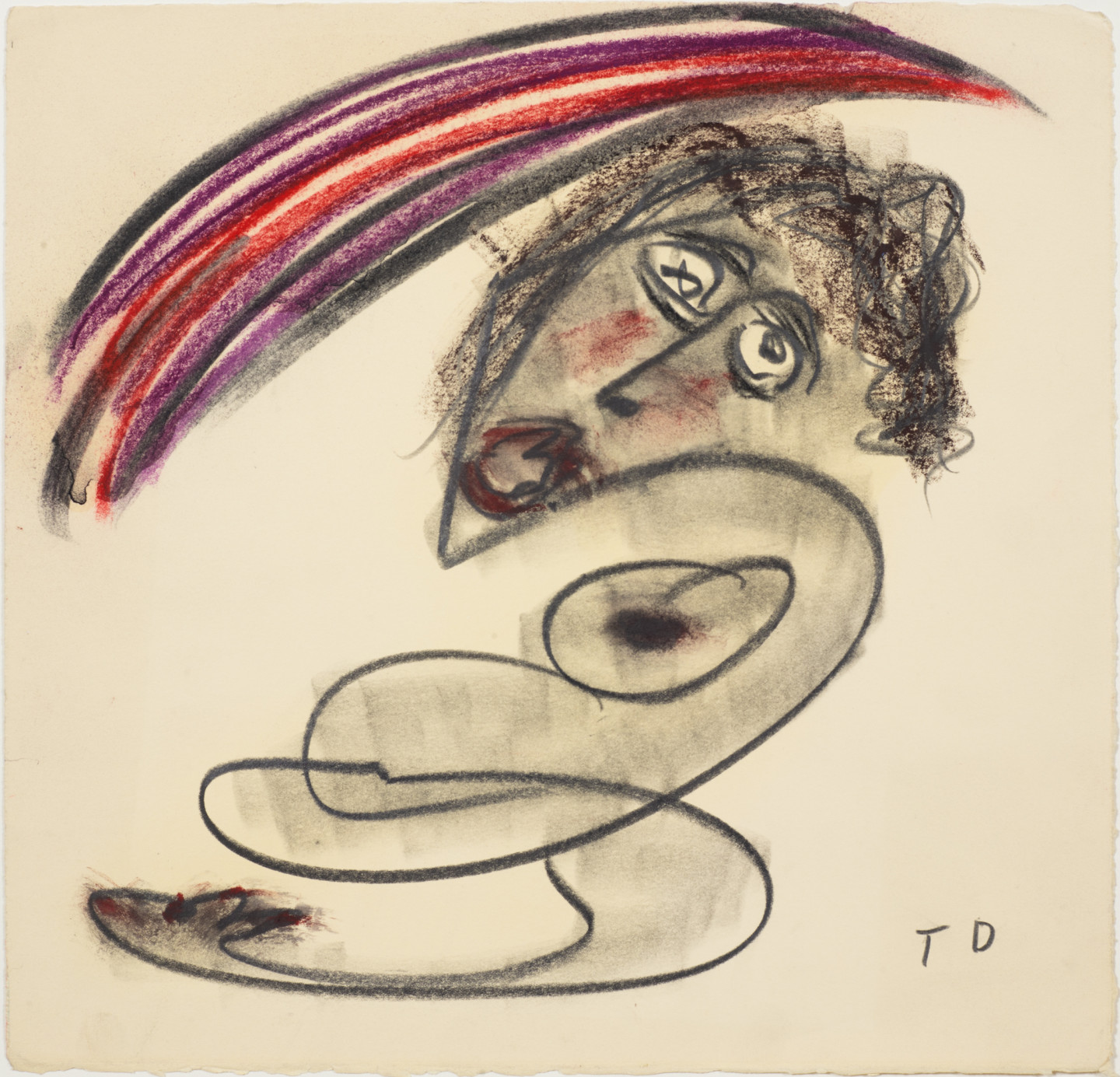 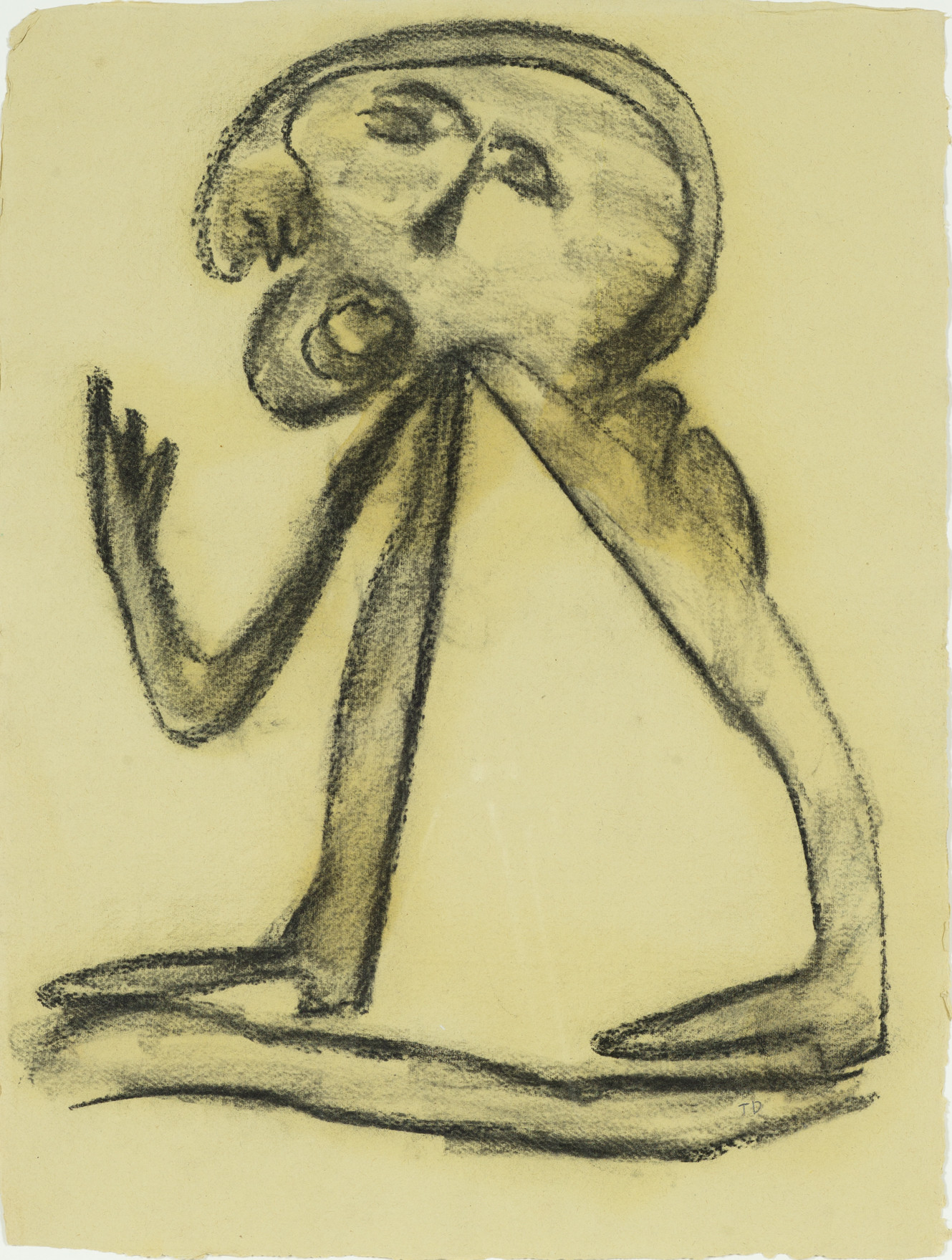 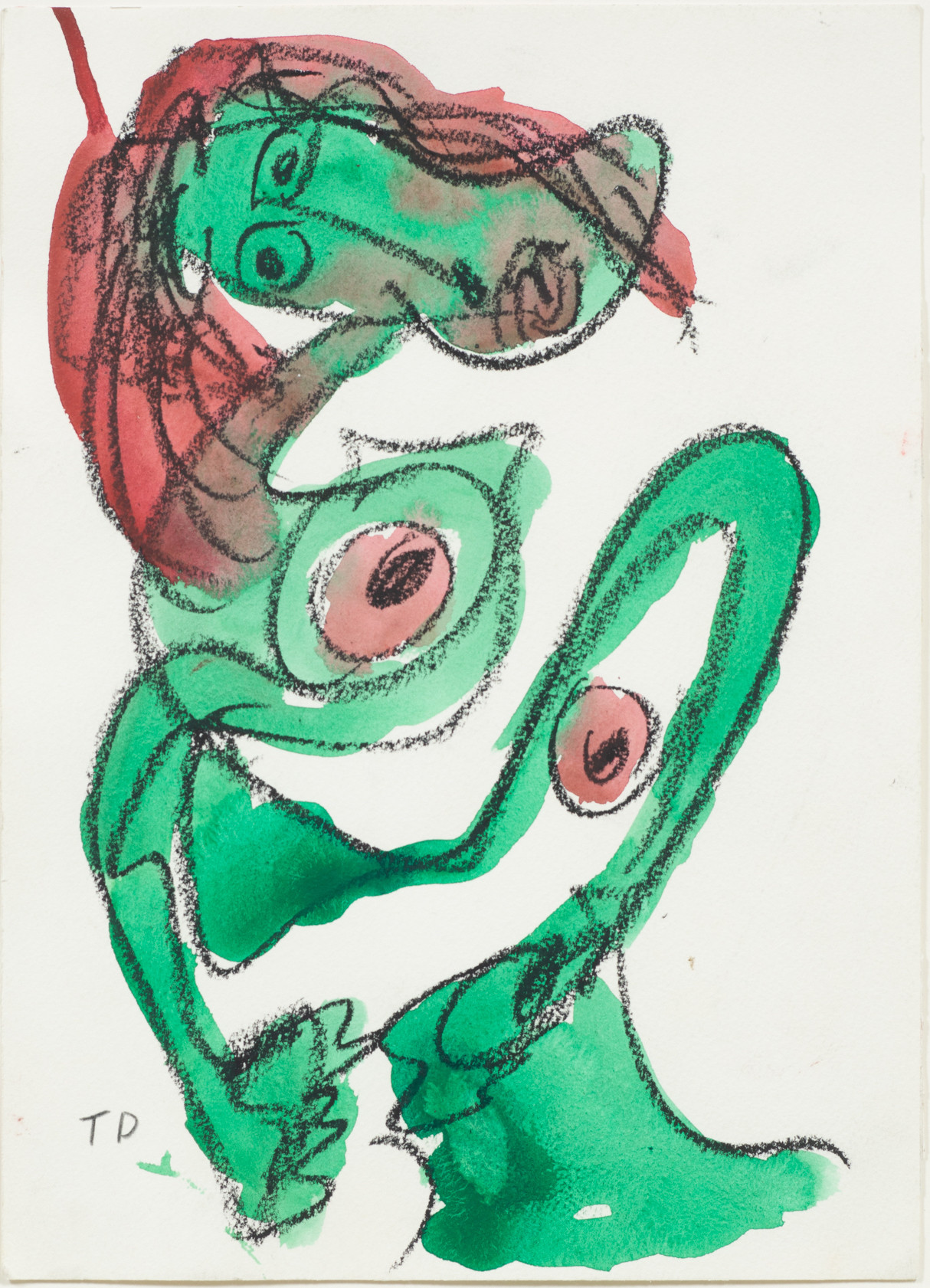 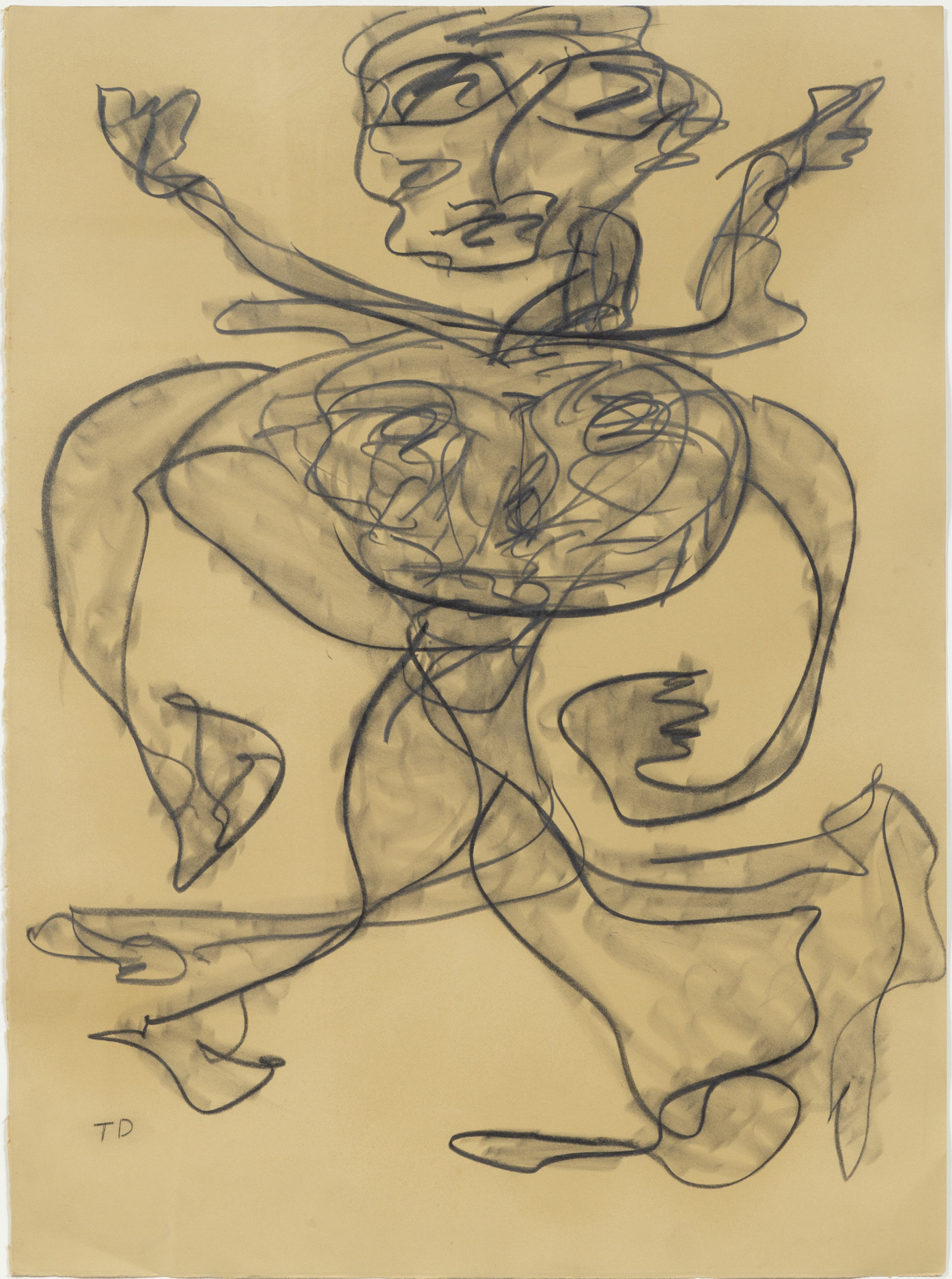 “I like to touch every picture all over the surface of it. It got to be a finished product. I like to work on that surface, rub it, scratch it, smear it.”—Thornton Dial

Thornton Dial (1928–2016) is renowned for his groundbreaking multi-disciplinary work, which delivers a deeply personal historical account of life in the United States. Born on a cotton plantation in rural Emelle, Dial was raised in Alabama's western flatlands and lived through some of of the country’s most significant events and cultural shifts, from sharecropping in the Black Belt, racial segregation, and the movement from country to city, through the civil rights era, to globalization, 9/11, and its aftermath. During childhood, Dial began full-time farm work by the age of five and also started his practice of salvaging found and discarded materials to create visionary new objects, radically blurring the lines of aesthetic categorization from the beginning of his long career. Although he received no formal training as an artist, Dial developed a highly sophisticated vernacular and expressionistic mode. While best known for his complex, large-scale mixed-media assemblage sculptures and paintings, Dial’s works on paper hold a significant place in the artist’s lineage and legacy. Following the early years of his life, during which he did “most every kind of work a man can do,” Dial spent three decades (from 1952 to 1980) working for the Pullman-Standard Company, a railroad car factory in Bessemer. In reflection, the artist speaks of learning a great deal about drawing during this period. Larger-scale templates that were punched out of iron for train cars began with smaller drawn designs on paper. In Dial’s words, “I got to seeing how things you draw out can be the design for everything. Everything in the world got a pattern. The mind got to see it, the hands got to make it.”

As he continued making artwork, by the late 1980s Dial’s work caught the attention of Atlanta-based collector Bill Arnett, whose support went on to bring the artist’s work to national prominence. Dial’s first exhibition of note, titled Ladies of the United States, took place in 1990 in Atlanta. The show was largely well-received by its audience, some of whom encouraged Dial to try out working on paper and using paint on canvas. In response, he began drawing women, deliberately extending the powerful subject of his exhibition. Dial was raised by women, and to him they symbolized “strength and power” and “the creation of the world,” without whom “we couldn’t make it through the struggle.” Spanning the 1990s, the works on view—many for the first time—are emblematic of this period in which Dial fully adopted the medium. During this decade he also faced and recovered from a life-threatening illness. Through dynamic mixed-media portraits on paper of various figures, including himself, Dial deploys intense representations of physicality and reflections on mortality. More broadly, these works speak to major themes that appeared throughout Dial’s career, and in particular offer a key to the central and allegorical importance of portraiture across his work, which is ever-present even when hidden in the layers of his assemblage.

Concurrently on view is Thornton Dial, Paintings: 1990-1998 (June 17–July 16) at 55 Delancey St in collaboration with The William Louis-Dreyfus Foundation and Family Collections.

The William Louis-Dreyfus Foundation has been established as an educational resource to promote public awareness of the works of self-taught, contemporary and emerging artists. The foundation also intends to benefit other specific educational purposes when it sells its artwork, in particular the educational programs of the Harlem Children’s Zone. Over 200 artists are in its collection of more than 3,500 works of art that are housed in museum-quality space in Mount Kisco, New York. The foundation currently offers online presentations and virtual tours and looks forward to reopening to the public in the fall with tours scheduled by appointment. For more information, please visit the foundation’s website: wldfoundation.org

Thornton Dial
Self Portrait 2 of 4
ND

Thornton Dial
Self Portrait 3 of 4
ND

Thornton Dial
Self Portrait 4 of 4
ND

Graphite, acrylic and watercolor on paper

Thornton Dial
Designing an Outfit for the Big Lady
1994

Pastel and graphite on paper

Charcoal and pastel on paper

Pastel and charcoal on paper