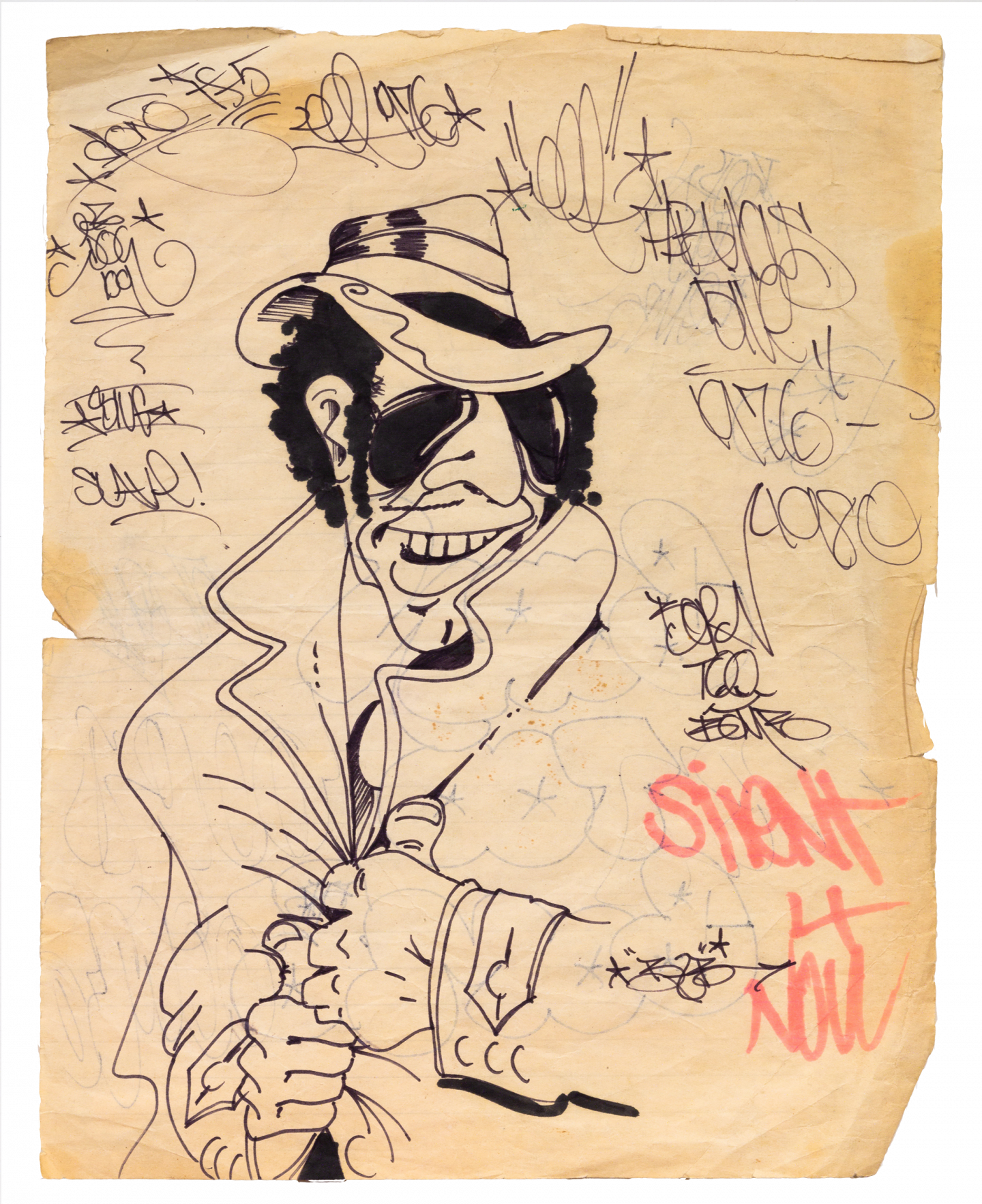 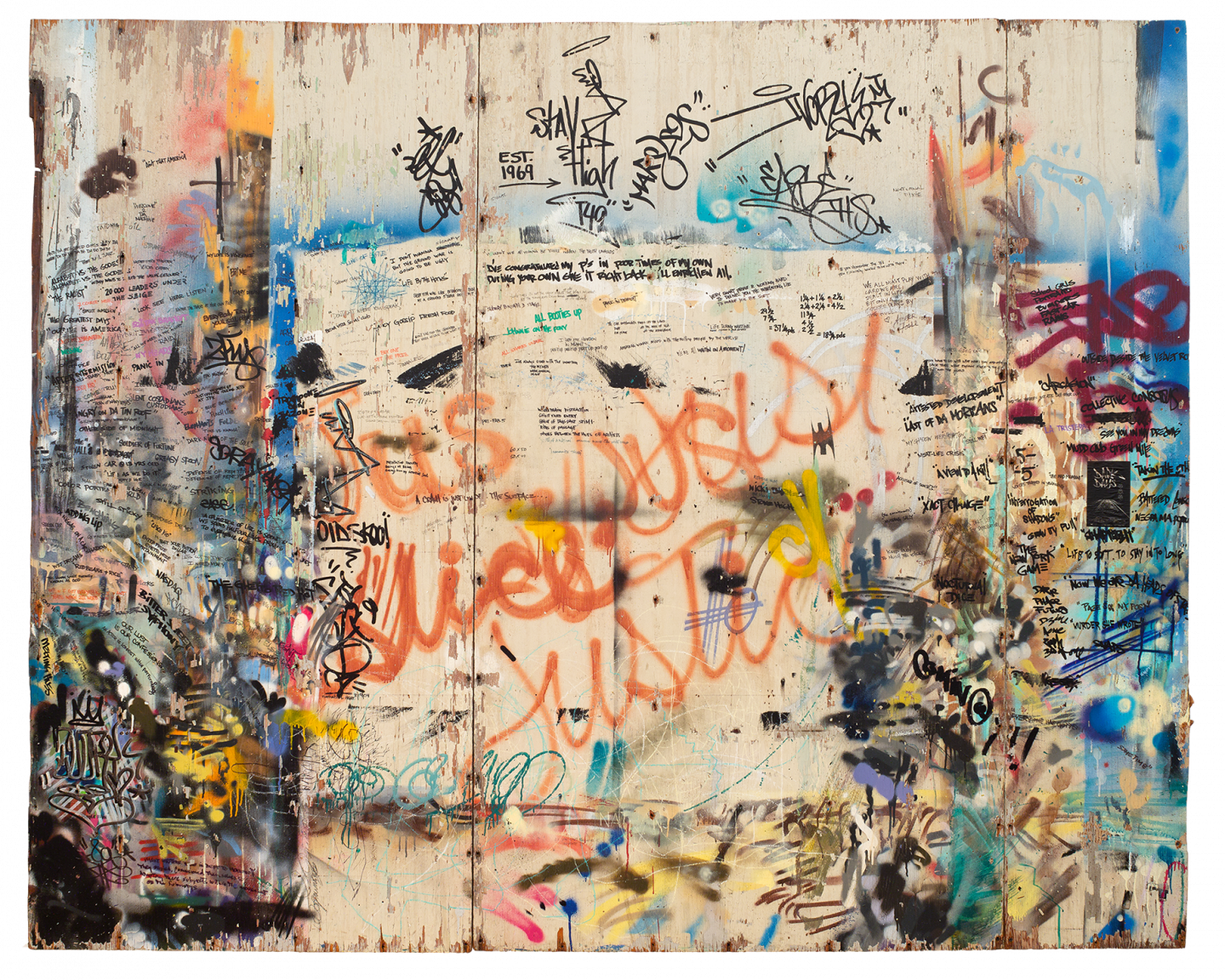 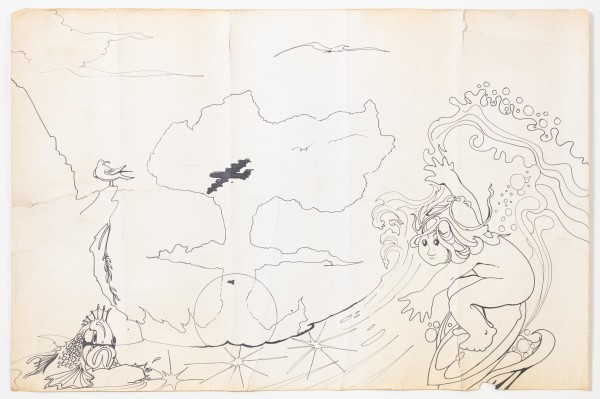 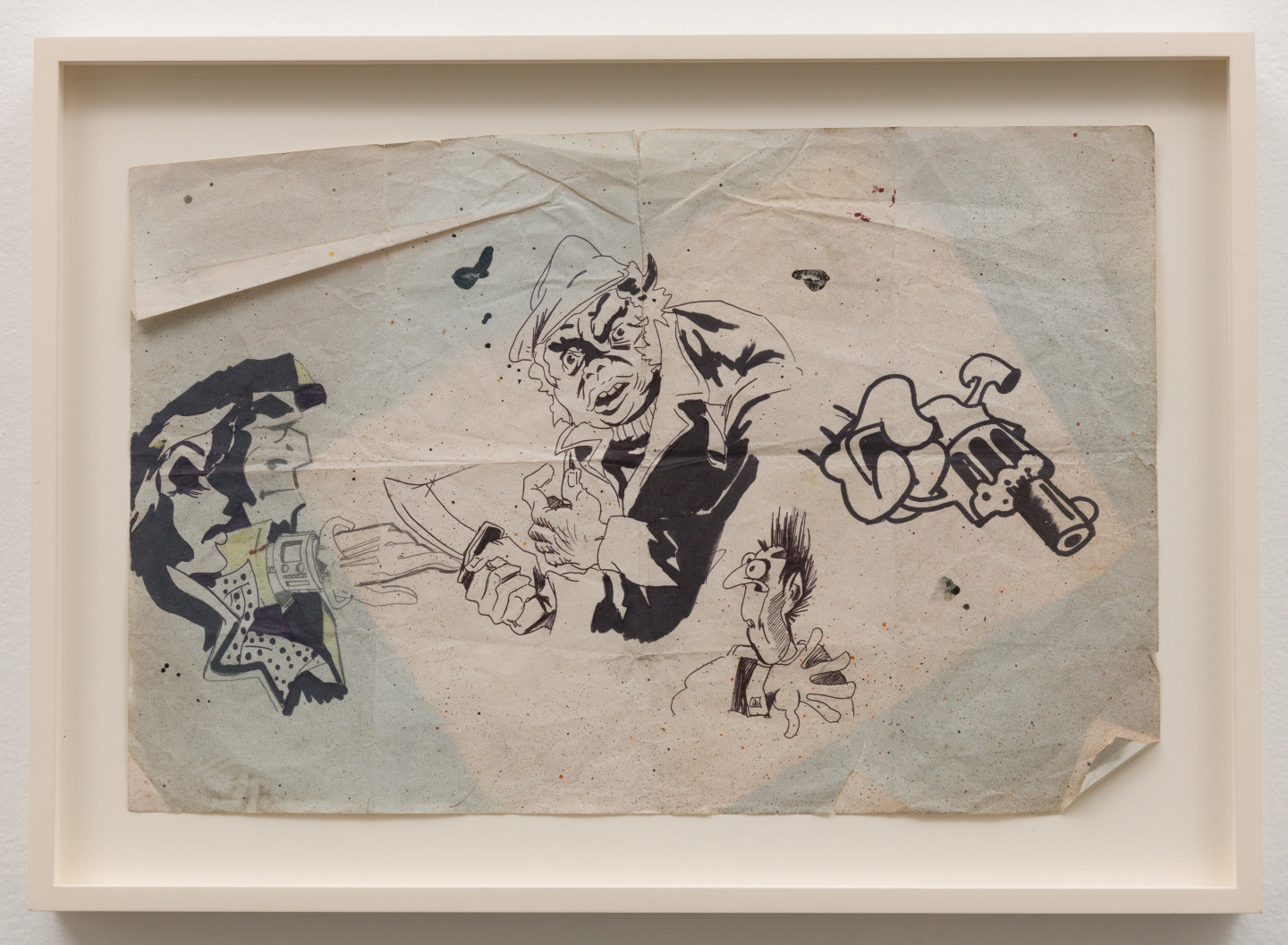 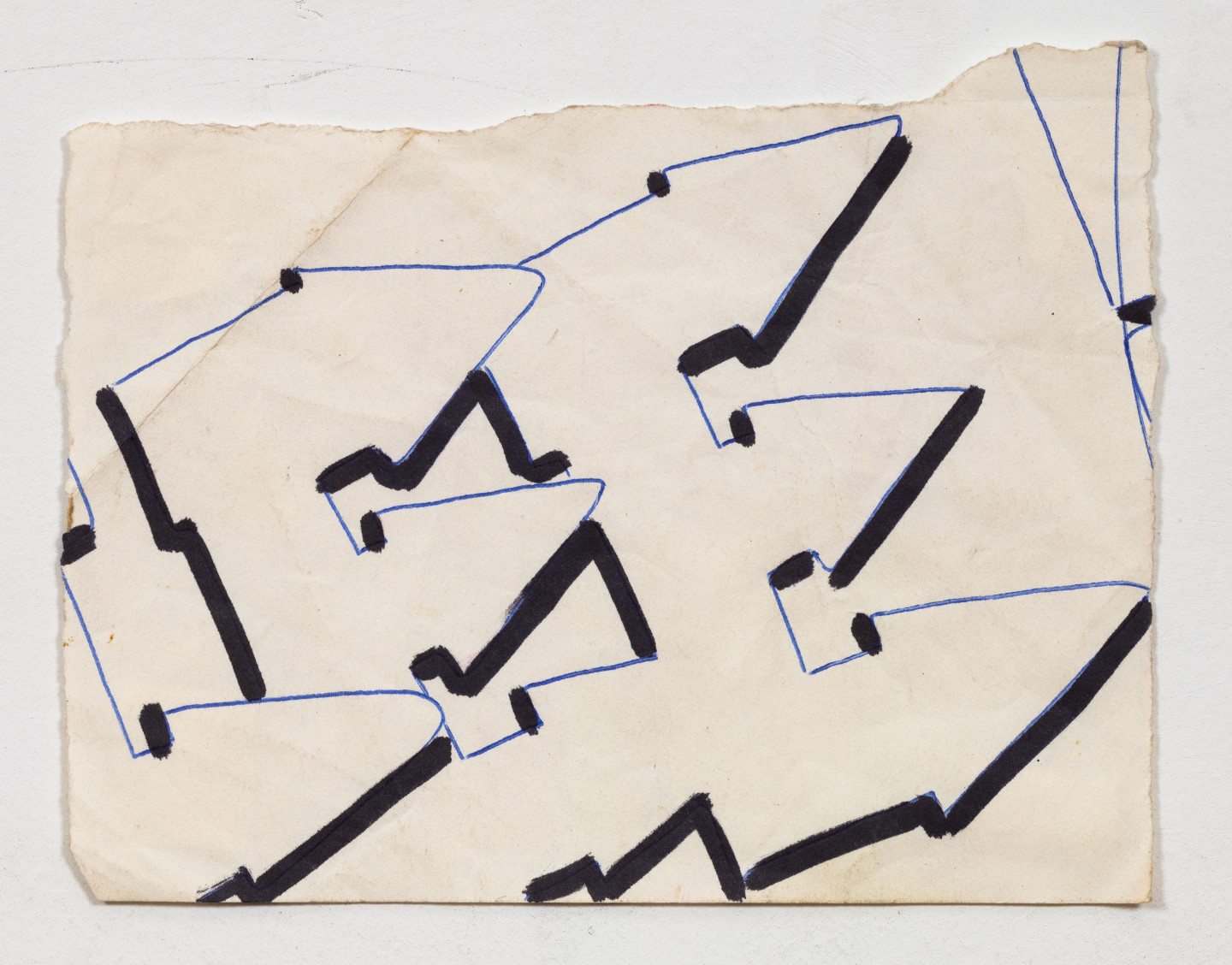 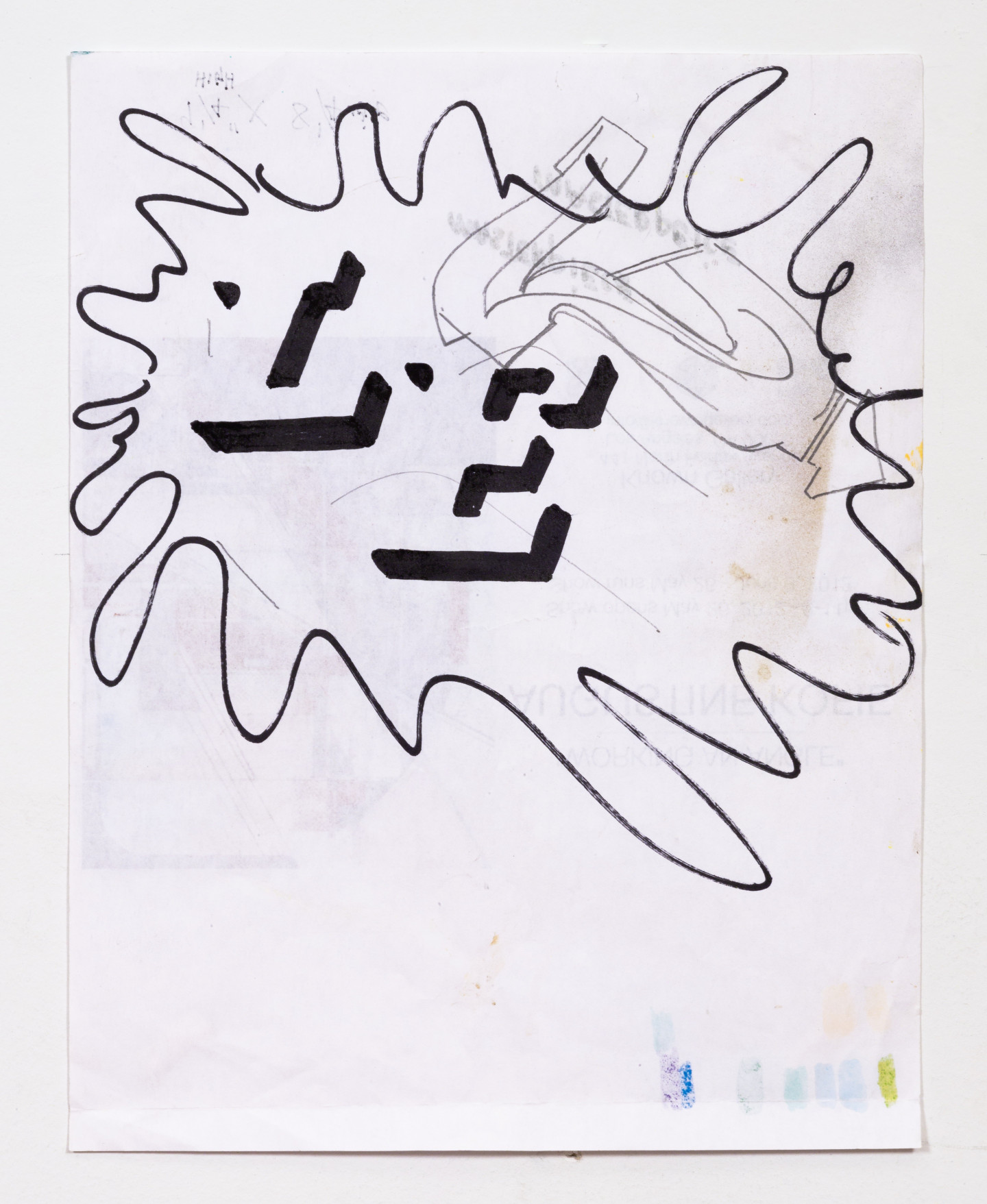 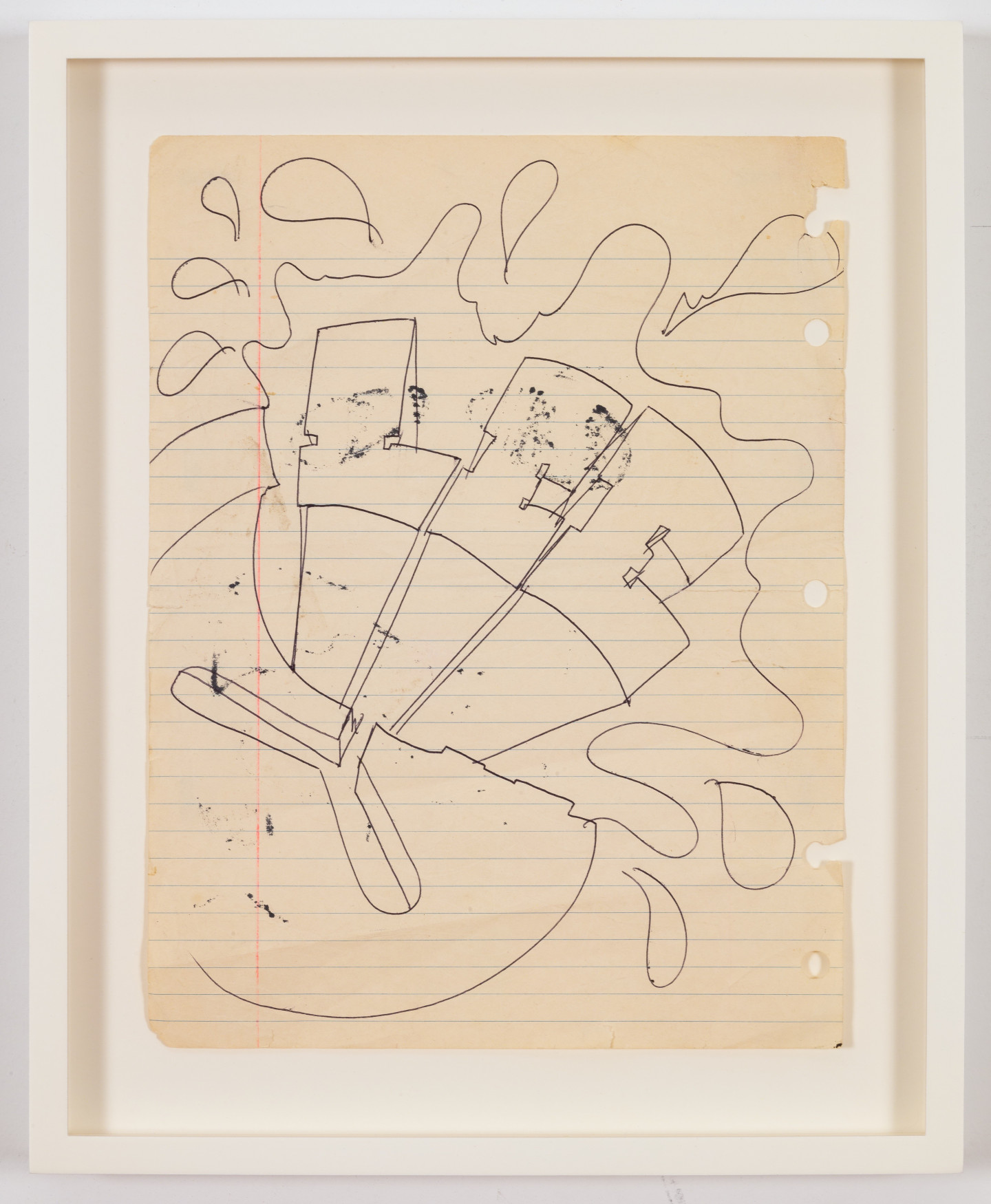 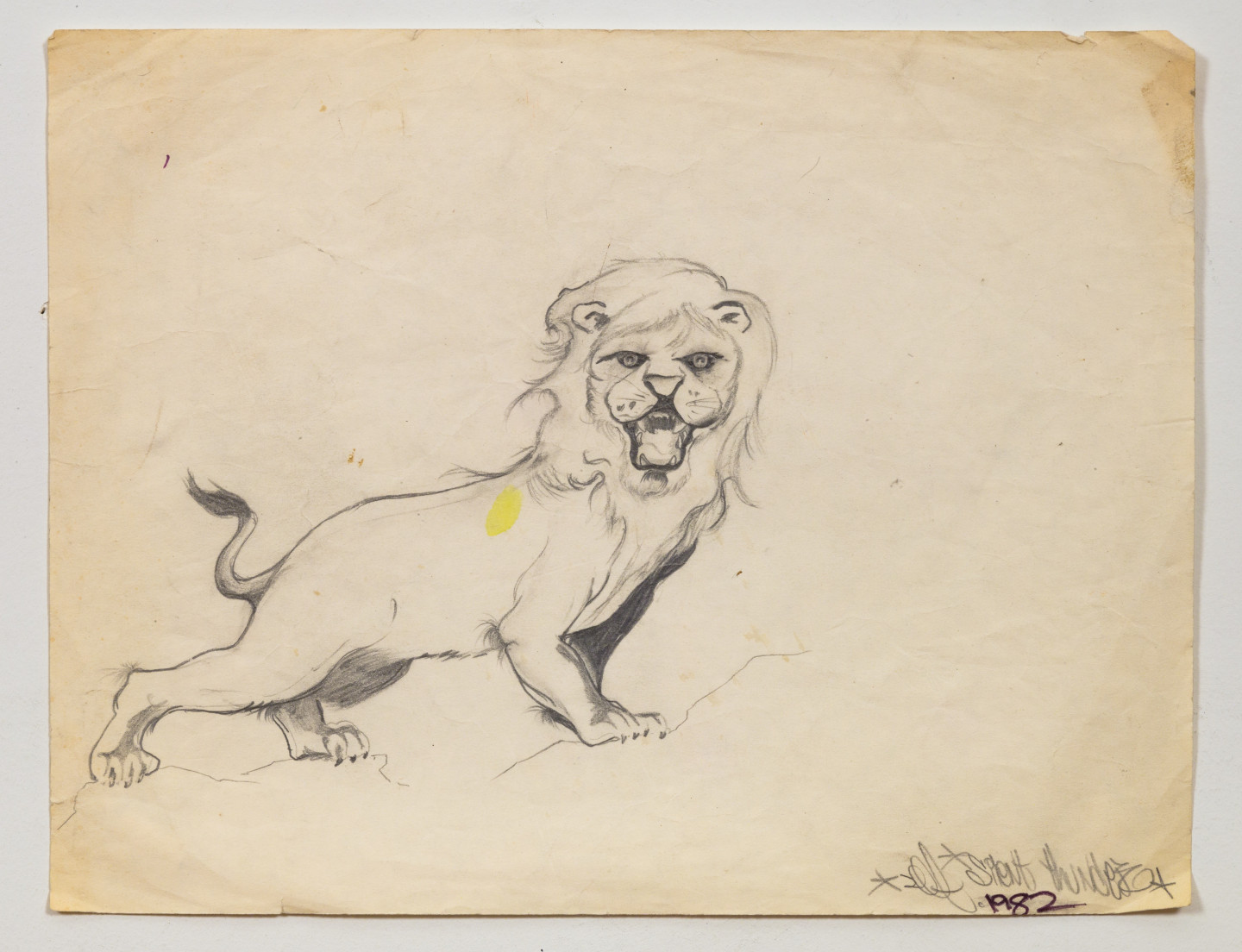 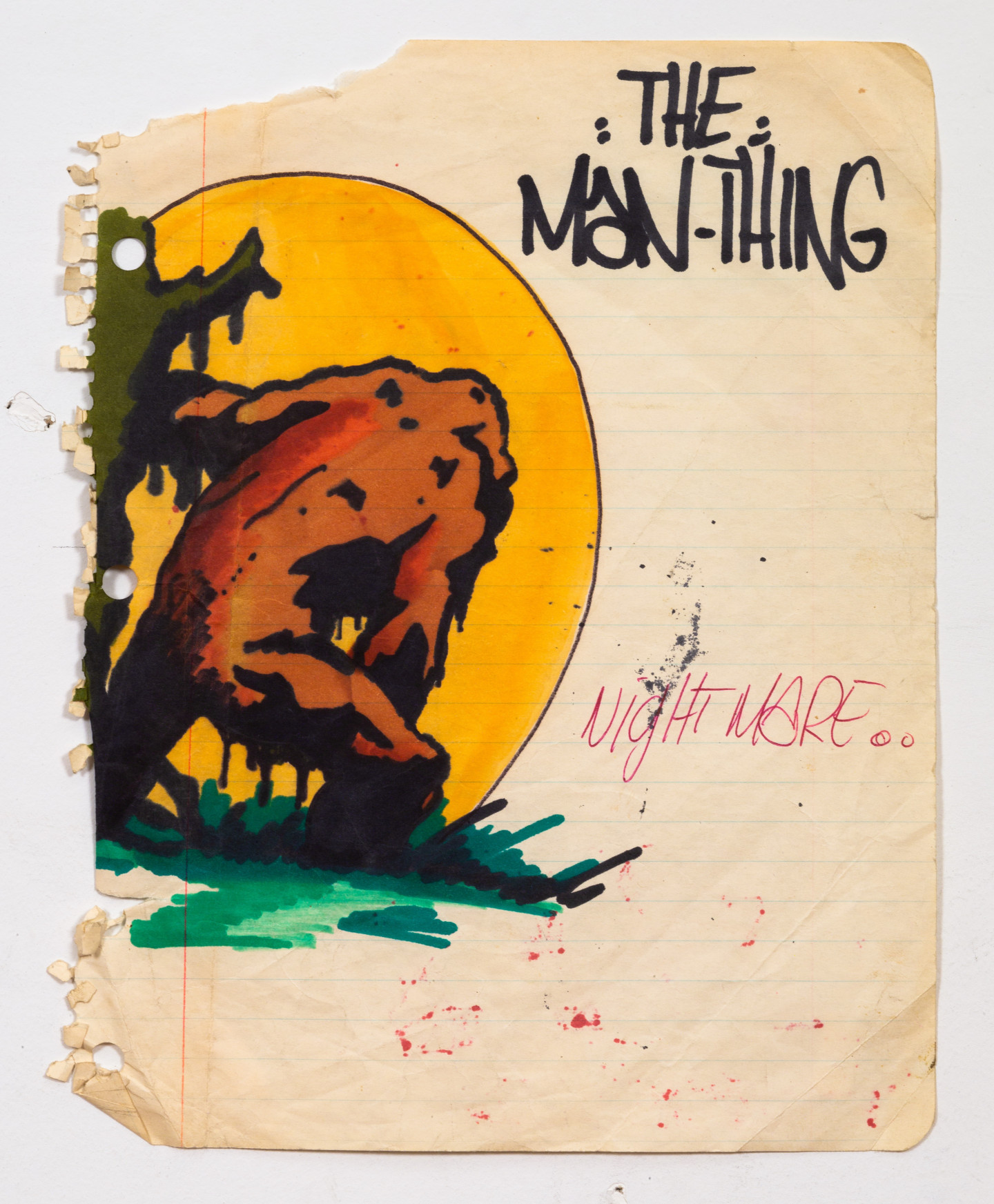 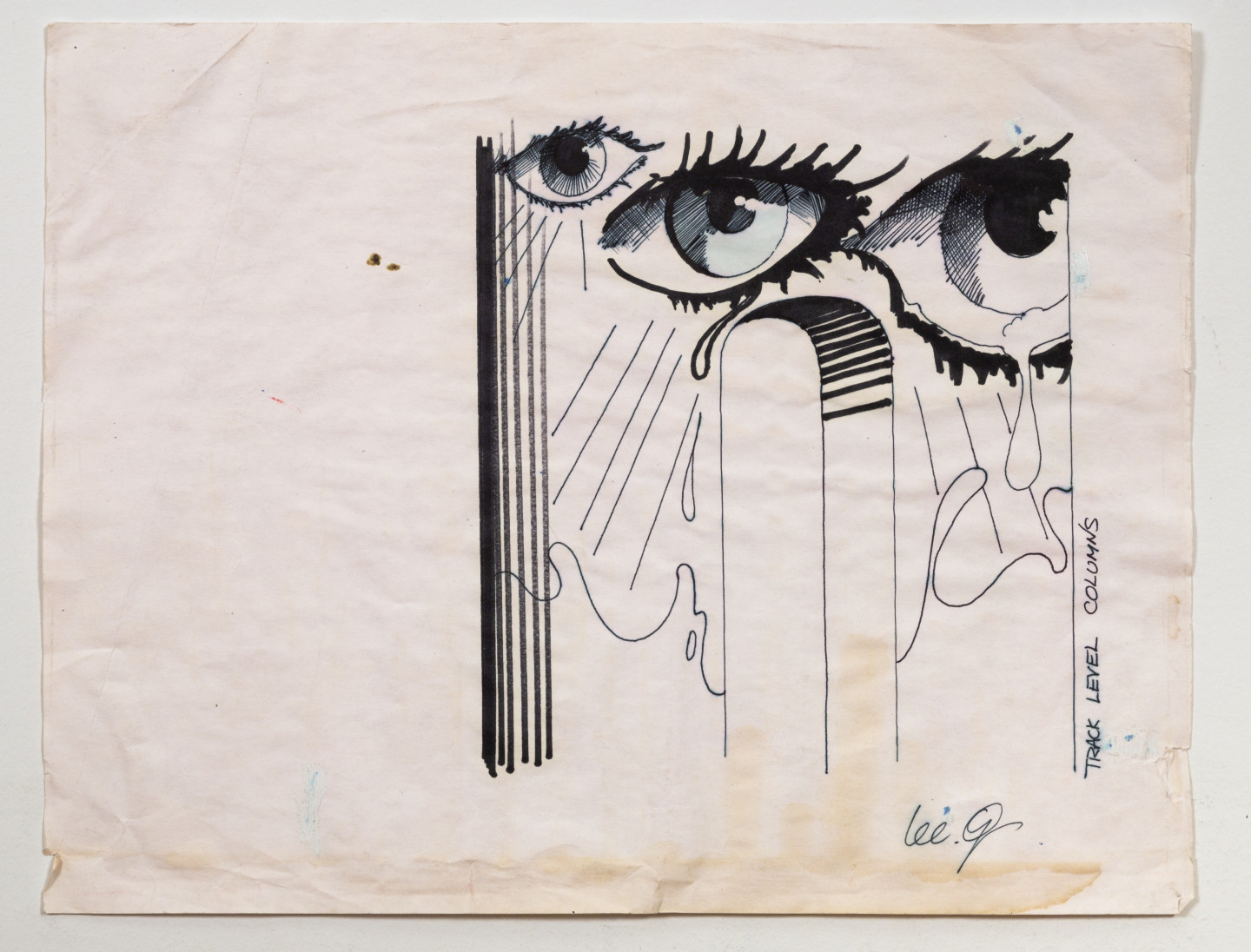 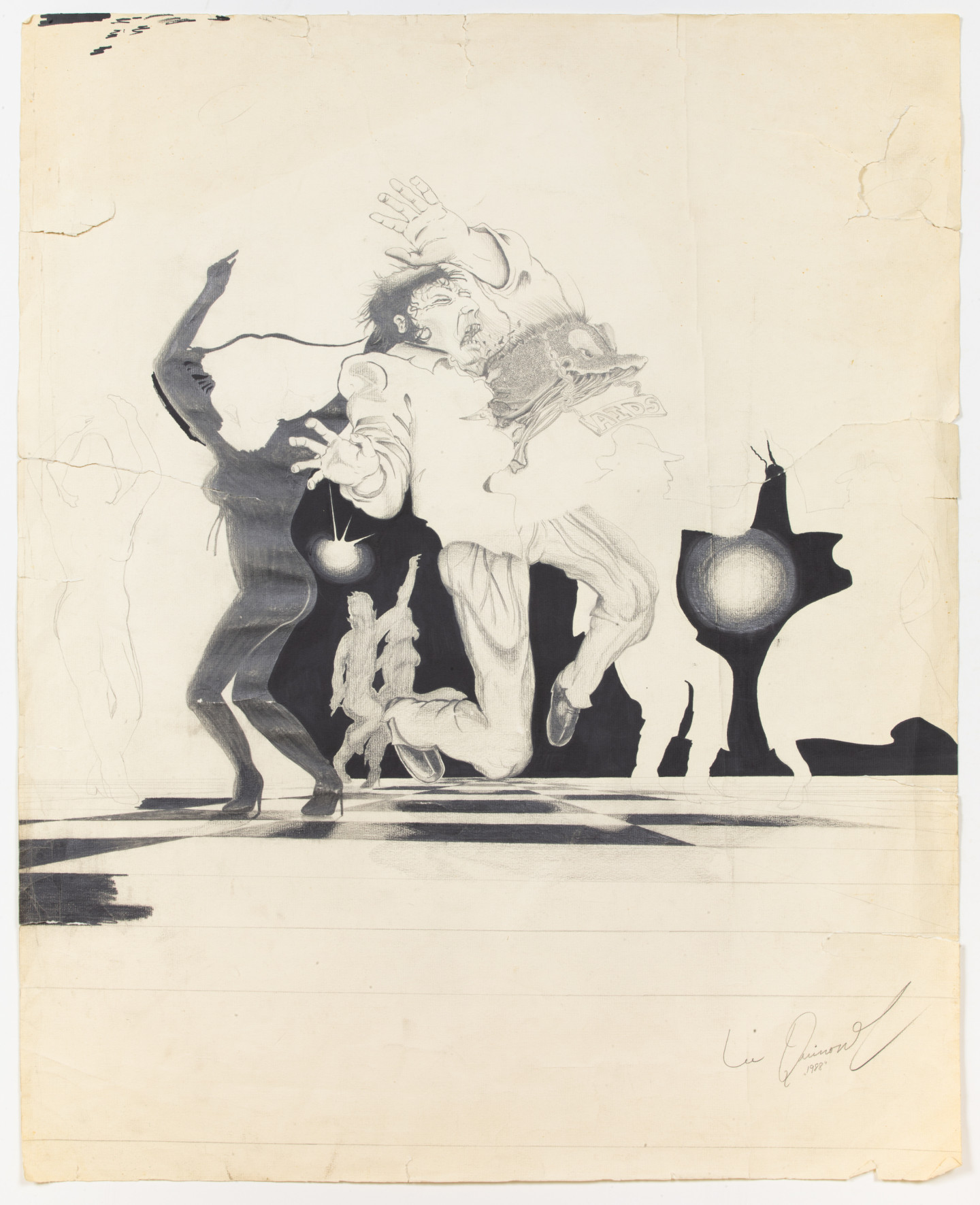 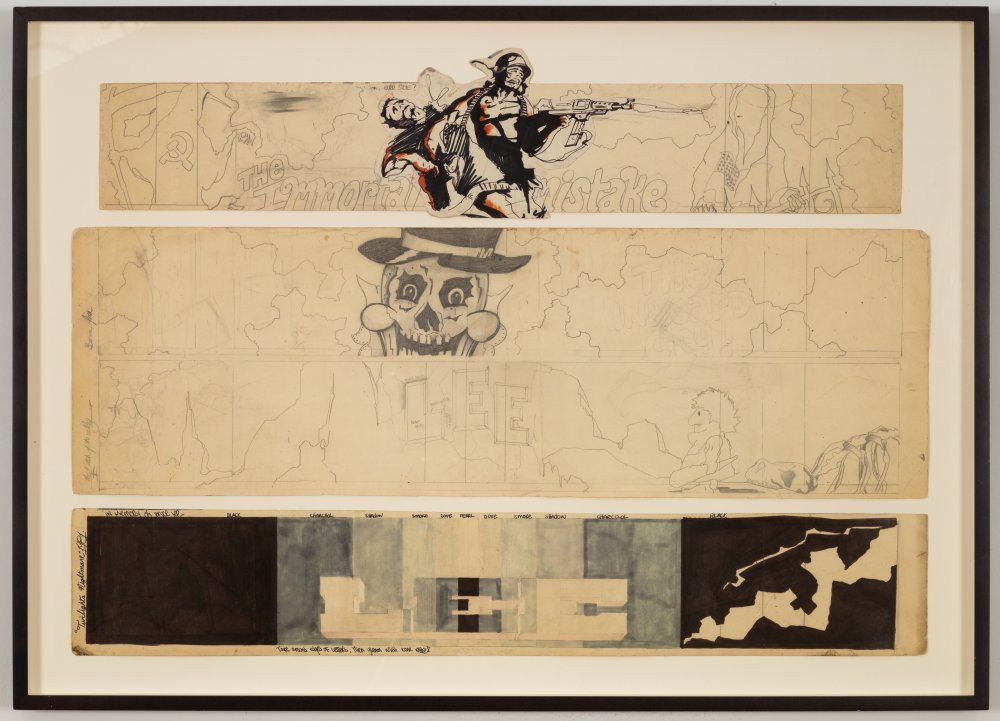 Born in 1960 in Ponce, Puerto Rico, Lee Quiñones grew up in New York City on the Lower East Side. Quiñones has triggered many conversations as to who was the most influential subway painter of the 1970s and ‘80s. Needless to say, the title has mostly been vested to Quiñones, whose LEE subway cars were unmissable. Quiñones was a pivotal part of the tightly-knit quintet of painters 'The Fabulous 5ive' throughout the ‘70s, and later appeared in Charlie Ahearn’s Wild Style (1983), which brought New York’s alternative underground art scene to international attention. In total he tagged over 100 whole cars, some of which would run for months or even years left untouched by the thousands of other writers painting on the subway at the time. Quiñones’ distinctive style is informed by a persistent attention to technique, through which he amassed a deep archive of visual and font studies that became central to his work at all scales. In most cases, Quiñones’ drawings are all that remain of his murals and subway car works. On view is the drawing Born Too Bomb (1980), which shows a highly stylized character among a series of tags, created as a farewell to the Fab 5 crew. Later, Quiñones sought to bring his work “aboveground,” transitioning to creating works on canvases and other surfaces, including the walls of his Brooklyn studio(s). Meticulously extracted, Quiñones describes these panels as tablets: kaleidoscopic documents of his artistic process, representing his meditations and immediate surroundings absent of predetermined margins. On view, Voices Carry (1940s-1996-2005) stands as both a time-capsule and a portrait of the artist, housing tags from a vast community of artists who came in and out of Quiñones’ studio, alongside spray-painted marks and handwritten text. These tags, notes, musings, and quotes remain open in their address, providing entry-points to the many references that connect at the core of Quiñones’ lifelong inventiveness with medium and language.

Quiñones has been included in many solo and group exhibitions since the 1970s. In 1979, at age 19, Quiñones was included in the first major international exhibition of graffiti-based art at the Galleria La Medusa in Rome, Italy—a groundbreaking venture for presenting post-graffiti when Lee was in the midst of transitioning into the realm of contemporary art at the time. Shortly after, he was included in the seminal Times Square Show organized by COLAB (1980); Graffiti Art Success for America at Fashion Moda (1980); New York/New Wave curated by Diego Cortez at PS1 (1981); and Documenta #7 along with Basquiat, in Kassel, Germany (1982). Quiñones has held exhibitions at White Columns, Lisson Gallery, Barbara Gladstone Gallery, Rudolf Zwirner Gallery, FUN Gallery, and most recently at James Fuentes gallery, New York and Charlie James Gallery, Los Angeles. Quiñones’ works are held in the permanent collections of the Whitney Museum of Art, Museum of Modern Art, Brooklyn Museum, the Museum of the City of New York, Groninger Museum, and Museum Boijmans Van Beuningen (Rotterdam, Netherlands). Hw was featured in the documentary Boom for Real: The LateTeenage Years of Jean-Michel Basquiat, directed by Sara Driver (2017). Quiñones will be included in forthcoming exhibitions at the Ludwig Museum, Cologne and the K11 Foundation, Hong Kong, and is currently featured in Writing the Future: Basquiat and the Hip-Hop Generation at the Museum of fine arts Boston.

Pencil and marker on paper

Alcohol marker, ink pen and pencil on illustrator poster board