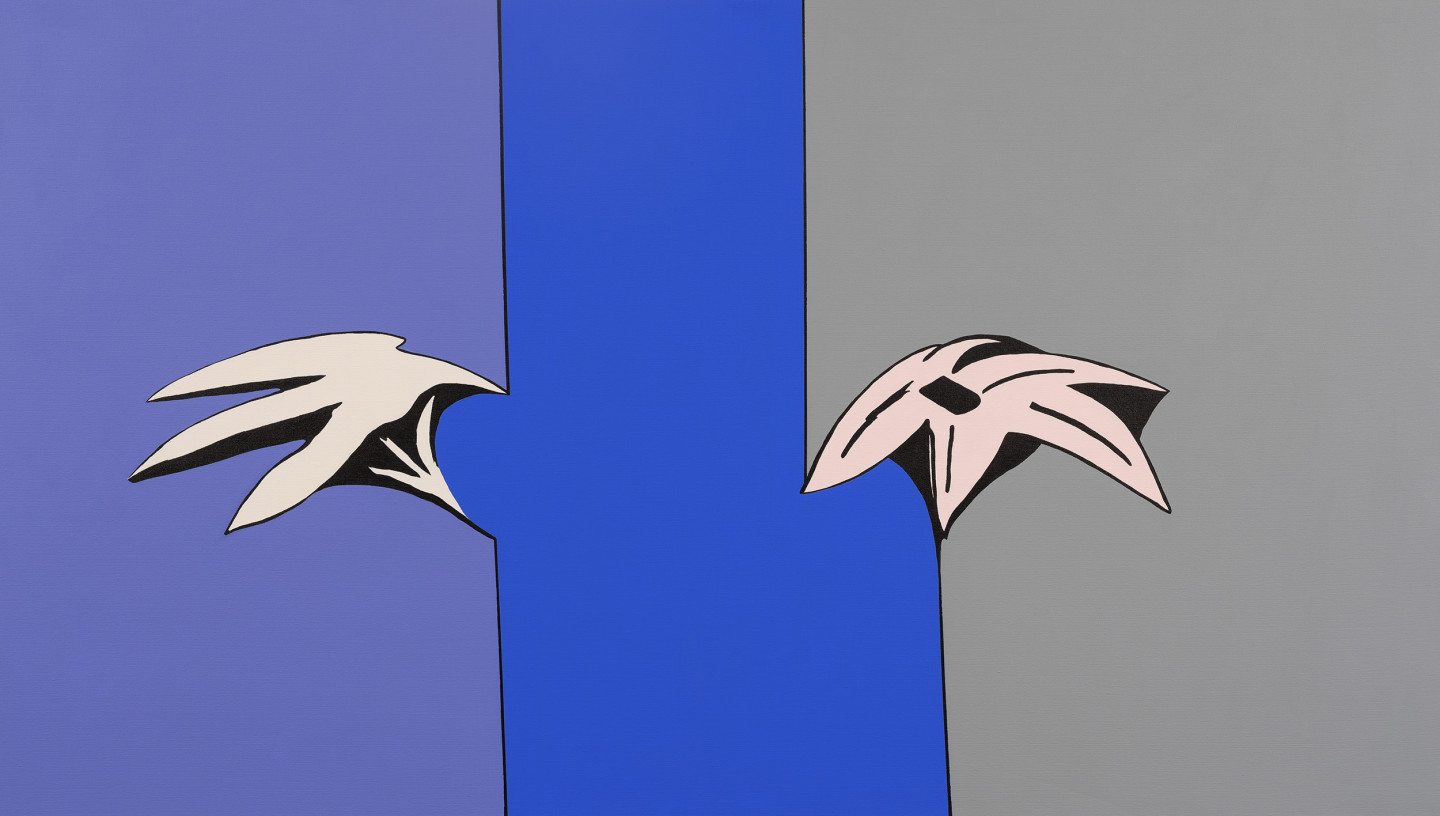 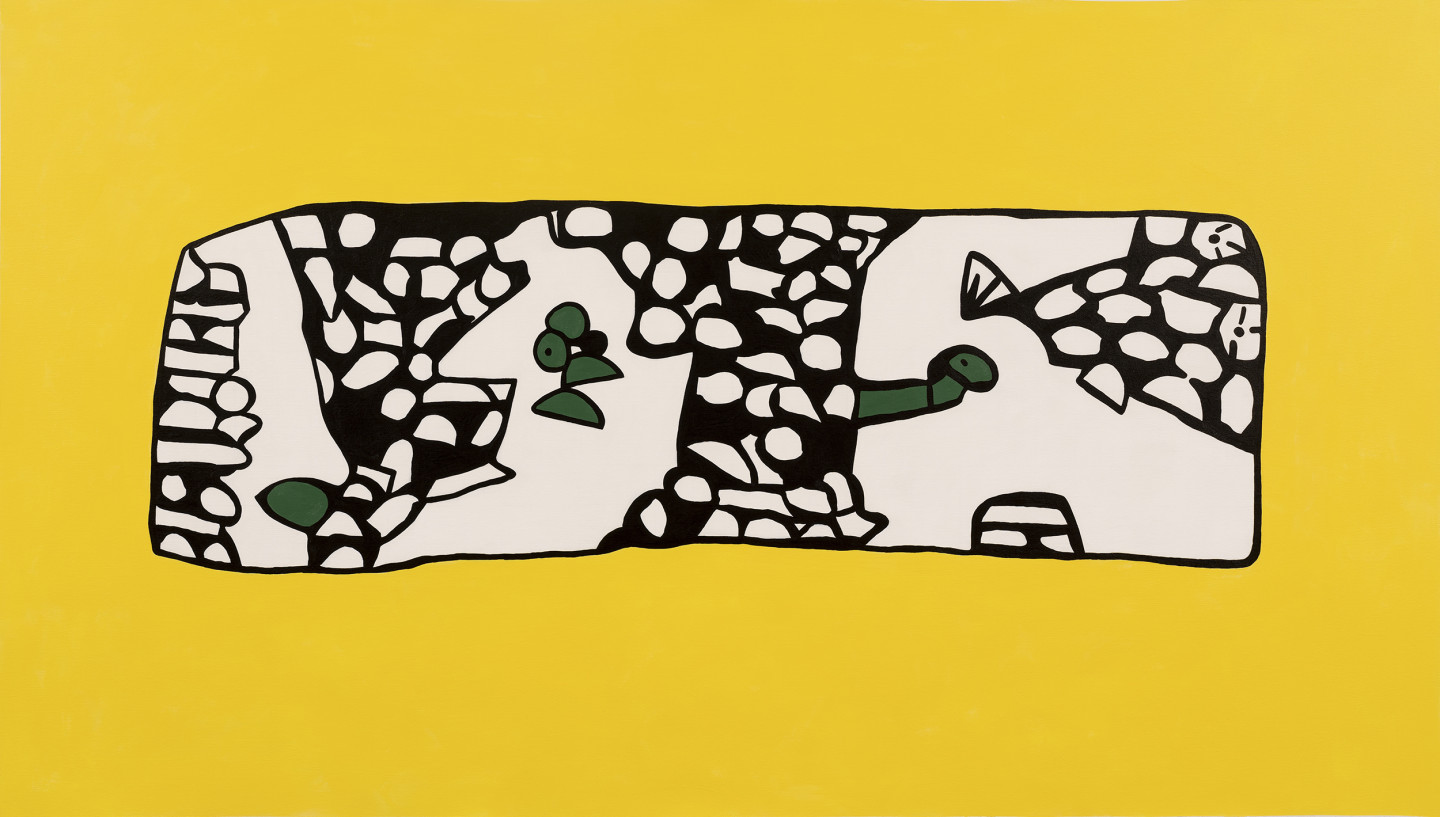 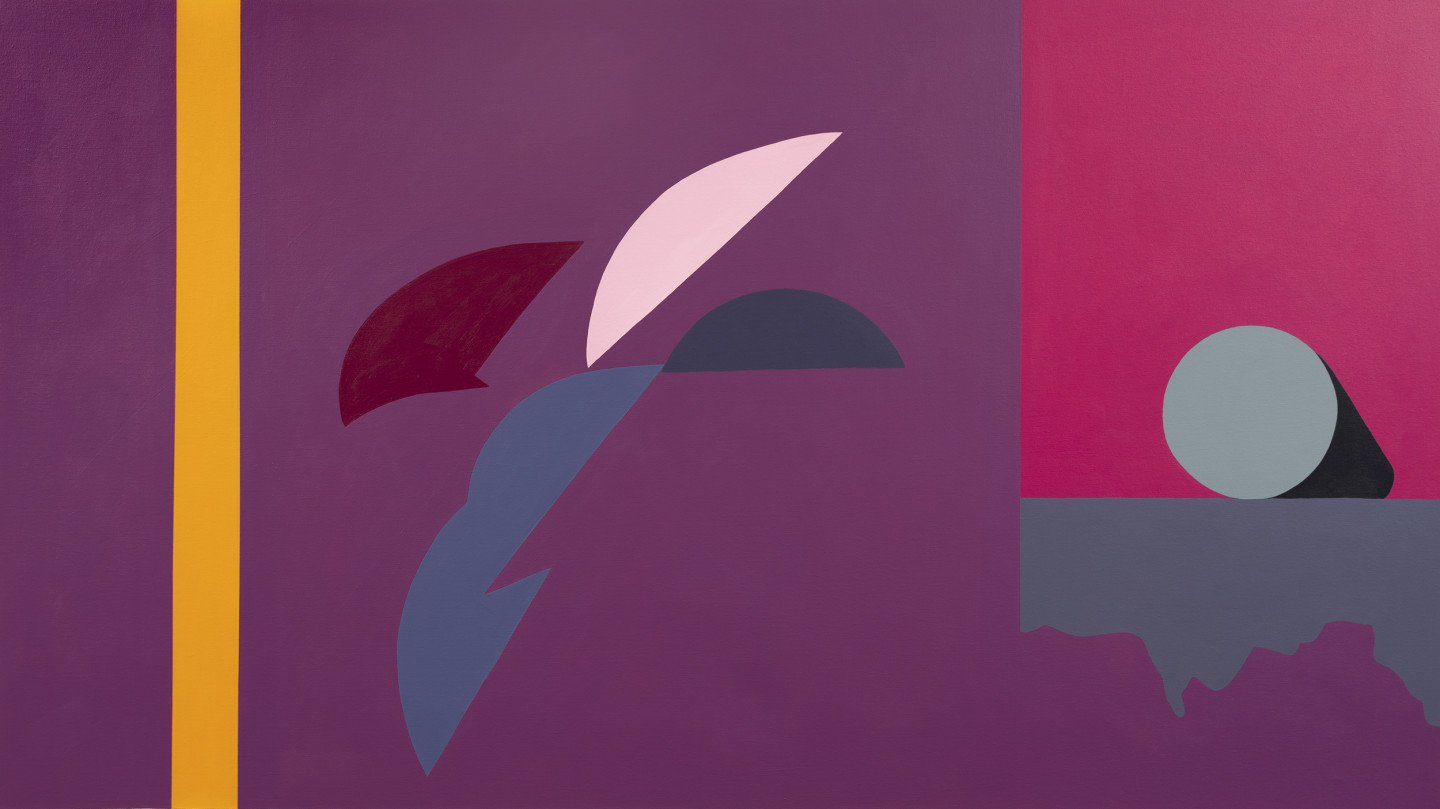 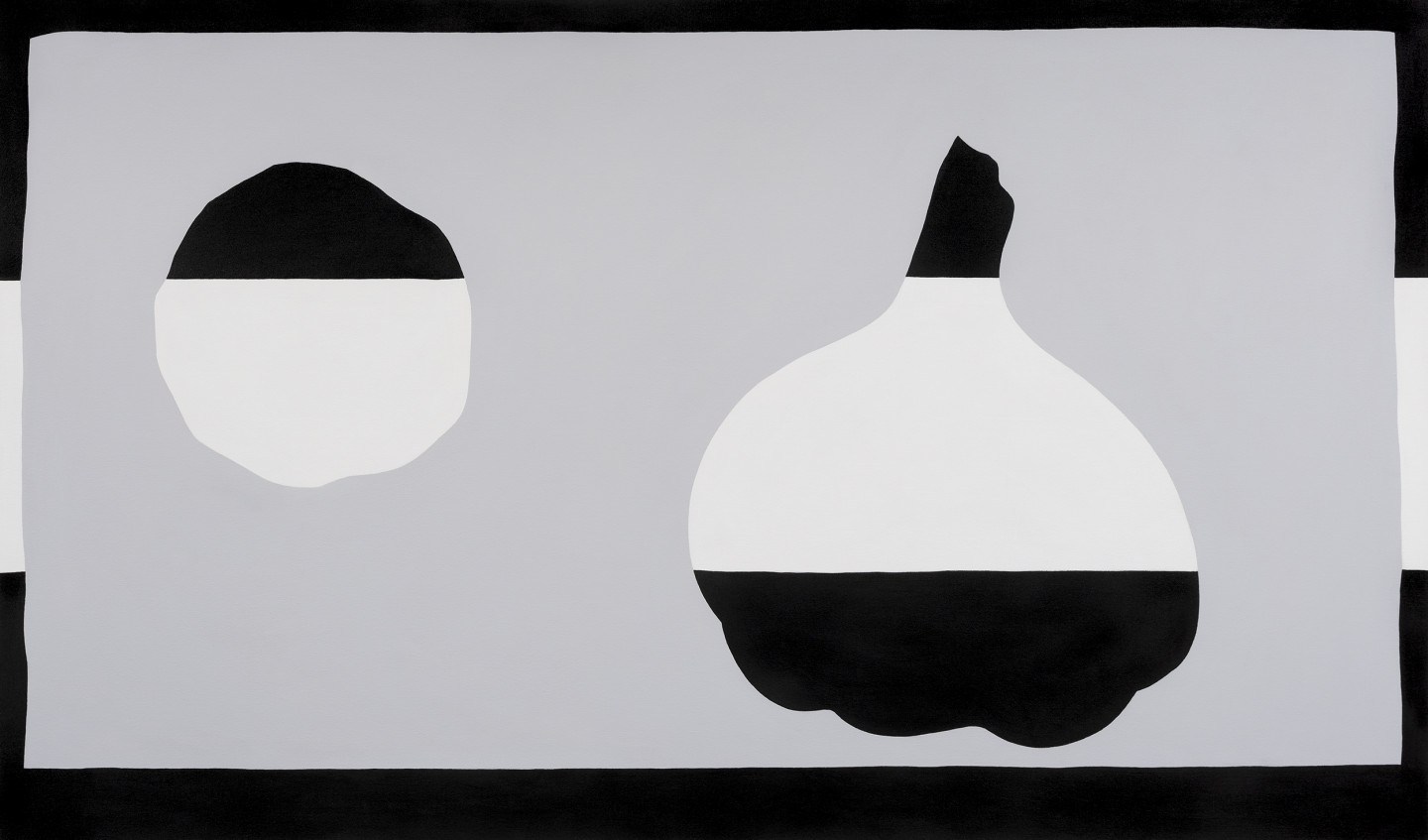 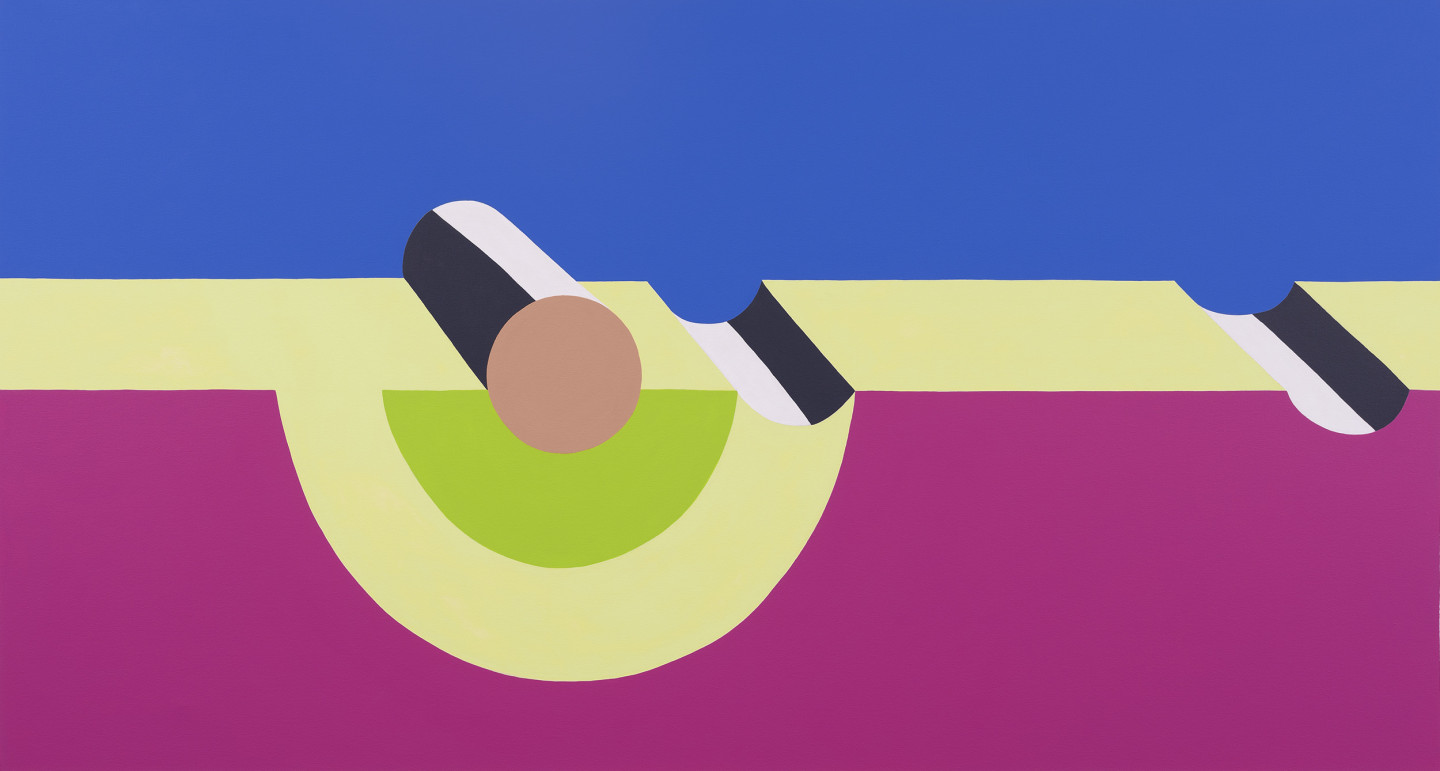 This newest body of work by Jay Isaac carries forward the painter’s broad capacity in occupying a visual space that is at once charming and potentially antagonistic in its imagination. The questioning of pervasive aesthetic standards and value production is typical within Isaac’s work. The trope and cliché of a metaphor is used here humorously and self consciously as a tool, rather than as an earnest attempt at poetics. At the heart of this new series is a pile of firewood: an object that both exists within the landscape and takes on landscape qualities. This pile fluctuates visually dependent on weather, moisture, and light. For Isaac, it became a source for imagery and potential conceptual frameworks:

“At the same time as observing the wood pile, I have been considering methods of how to communicate certain aspects of my Lebanese heritage. I am interested in how the experience of being half Lebanese influences aesthetics and methodologies as a painter and image maker. As a primarily abstract artist, the representation of identity, or the dissection of ambiguous identity, is realized abstractly. The emblem of the cedar tree on the Lebanese flag acts as a starting point; a source of identity to be related to in the most rudimentary way. As a third generation Canadian this cursory relationship to the “source” seems valid. The cedar as a source, paralleled to the log pile as the diaspora, became an analogy that seemed relevant. Using the image of a disassembled tree, reorganized and comprised of potential energy, led to a philosophical question: What is the value of metaphor and analogy?”

As well, Isaac’s paintings formally refer to historic Lebanese abstract and color field painting—including the works of Saliba Douaihy, Etel Adnan, Huguette Caland, and Saloua Raouda Choucair—which in turn link back into the landscape tradition. As a former housepainter, Isaac’s painting process emulates the techniques of house painting, where decisions are made in calculated ways and paint is applied in a non-expressive manner. This formal quality is intended to critique how the perceived value of physical labor and cultural labor differ, while at the same time examining the correlation between the two. The ability for these paintings to be easily reproduced, for example via a silkscreen or theoretically by another person, adds another layer to this question.

Isaac continues: “Through recent research, I have been interested in how the earliest Lebanese settlers in Atlantic Canada were predominantly peddlers. The process of walking country roads with a large pack filled with wares, knocking on the doors of strangers to sell them something, is a fascinating parallel to my own history of doing the same without the knowledge that my ancestors did this. I have on numerous occasions and for different purposes gone door to door to sell both house painting services and mass-produced art. This connection to an ancestral past exists as a potential connection to the source within diaspora: the tree and the logs and their relationship. The paintings also imagine what a peddler might have concocted visually while in a new country, walking rural roads. This projection back in time is not nostalgic but rather a sci-fi imagining of the past.”