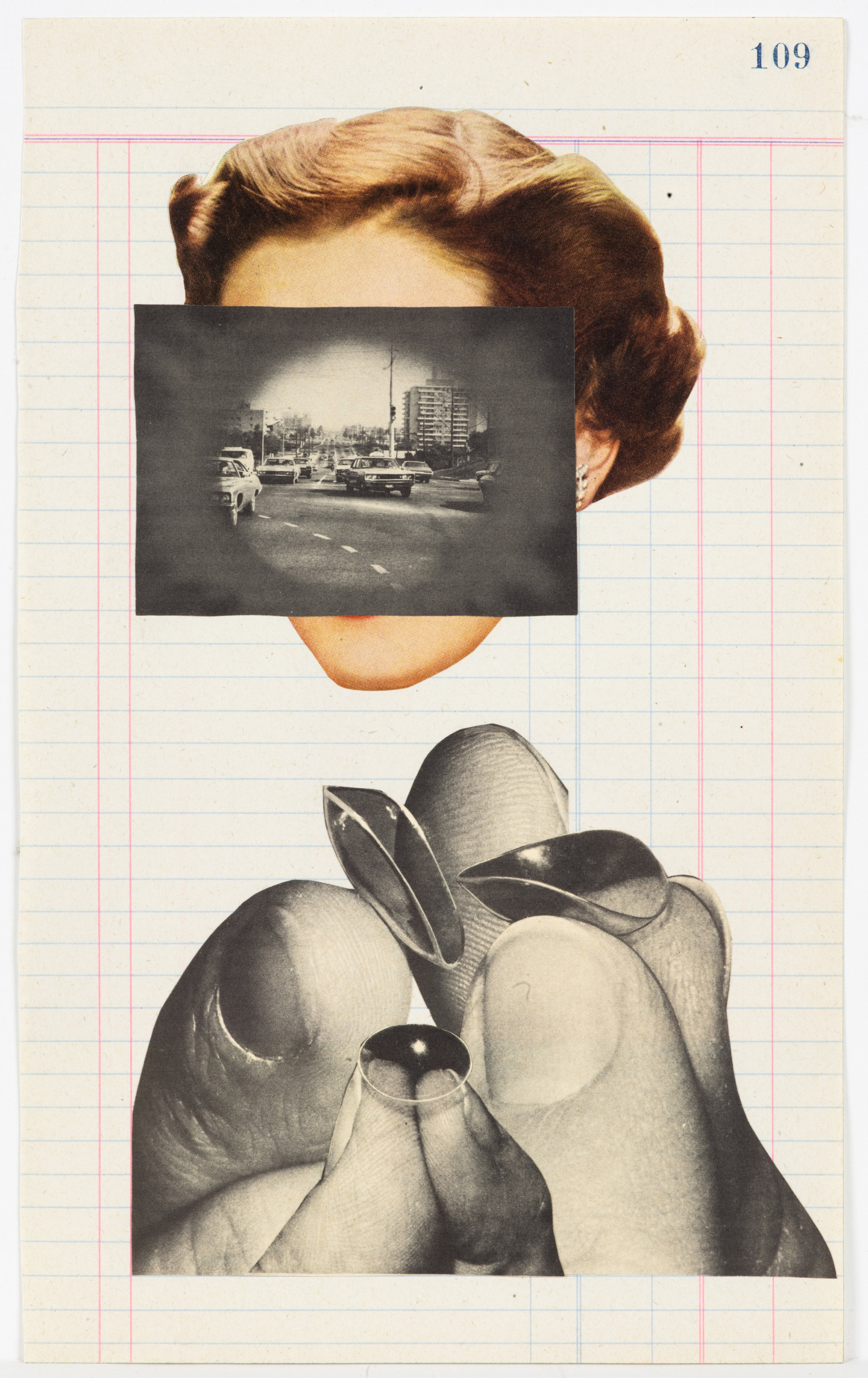 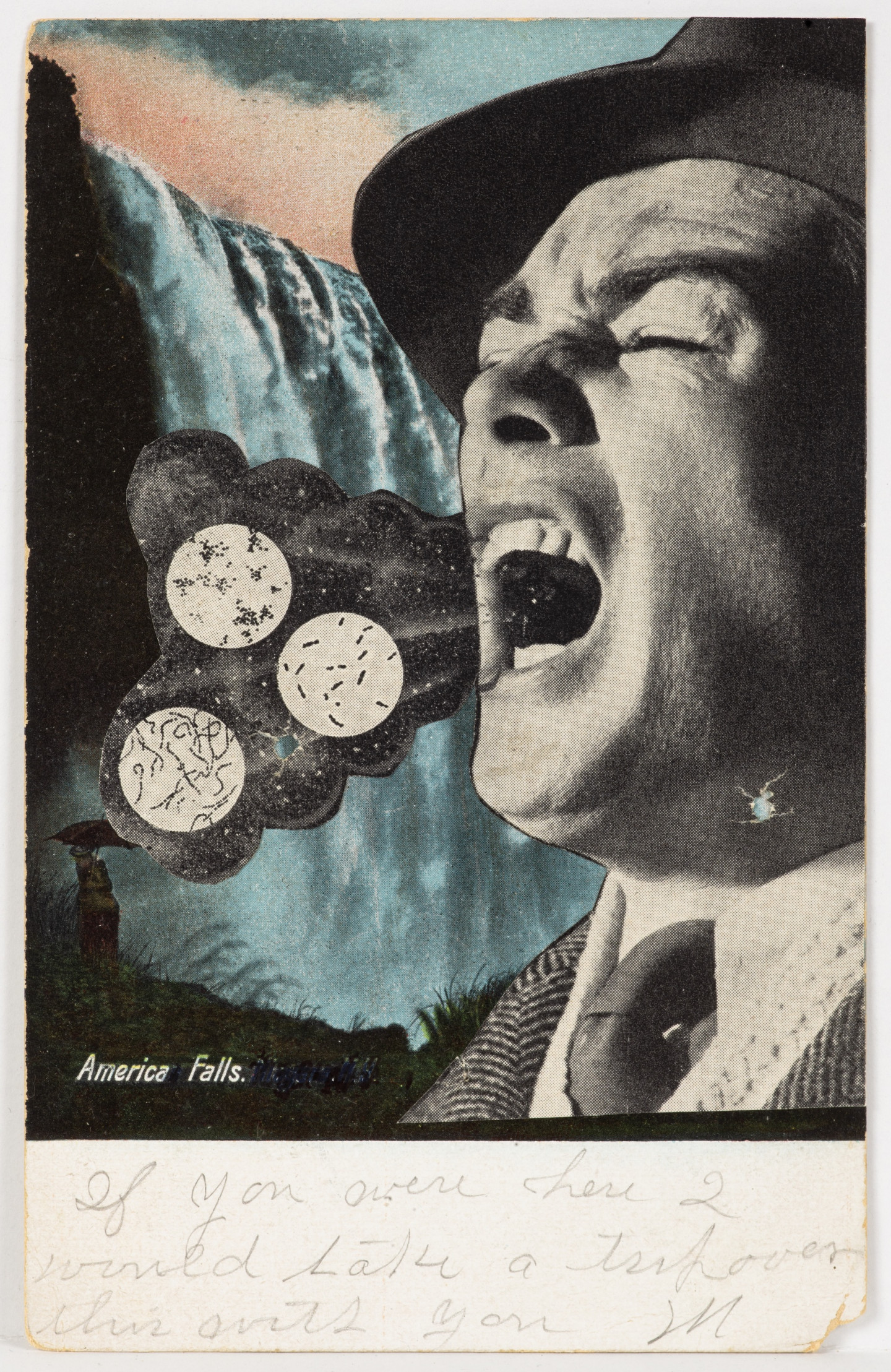 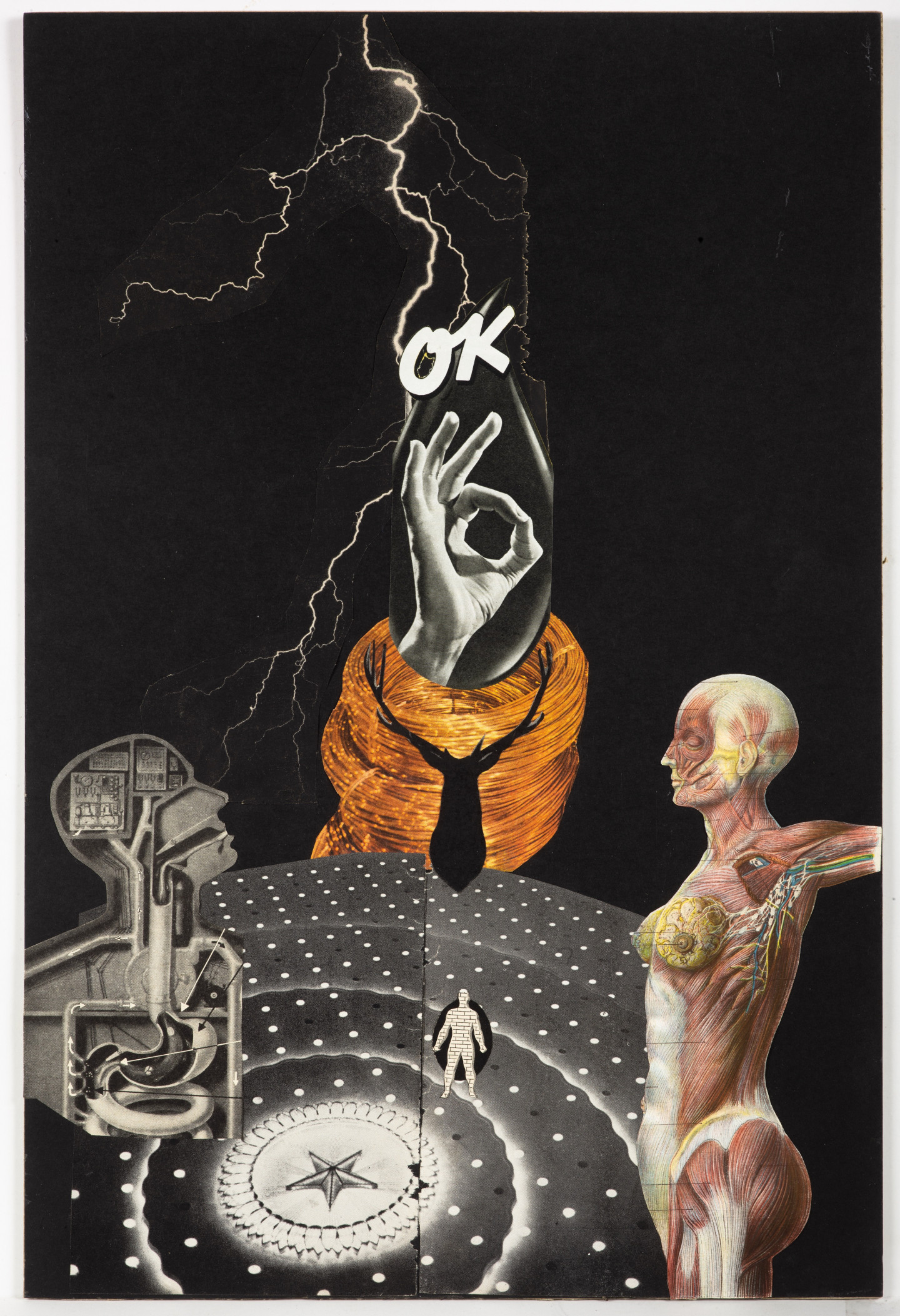 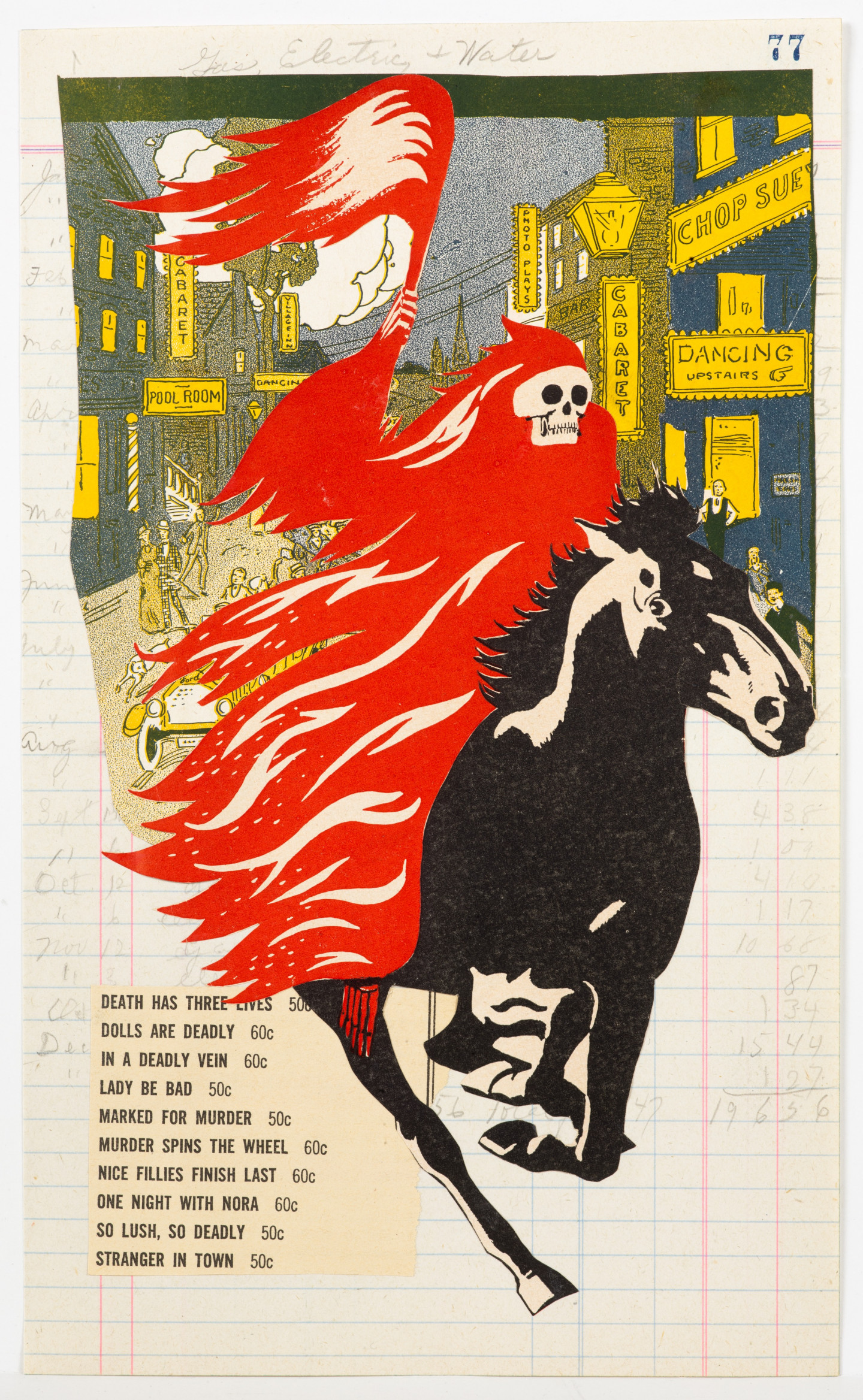 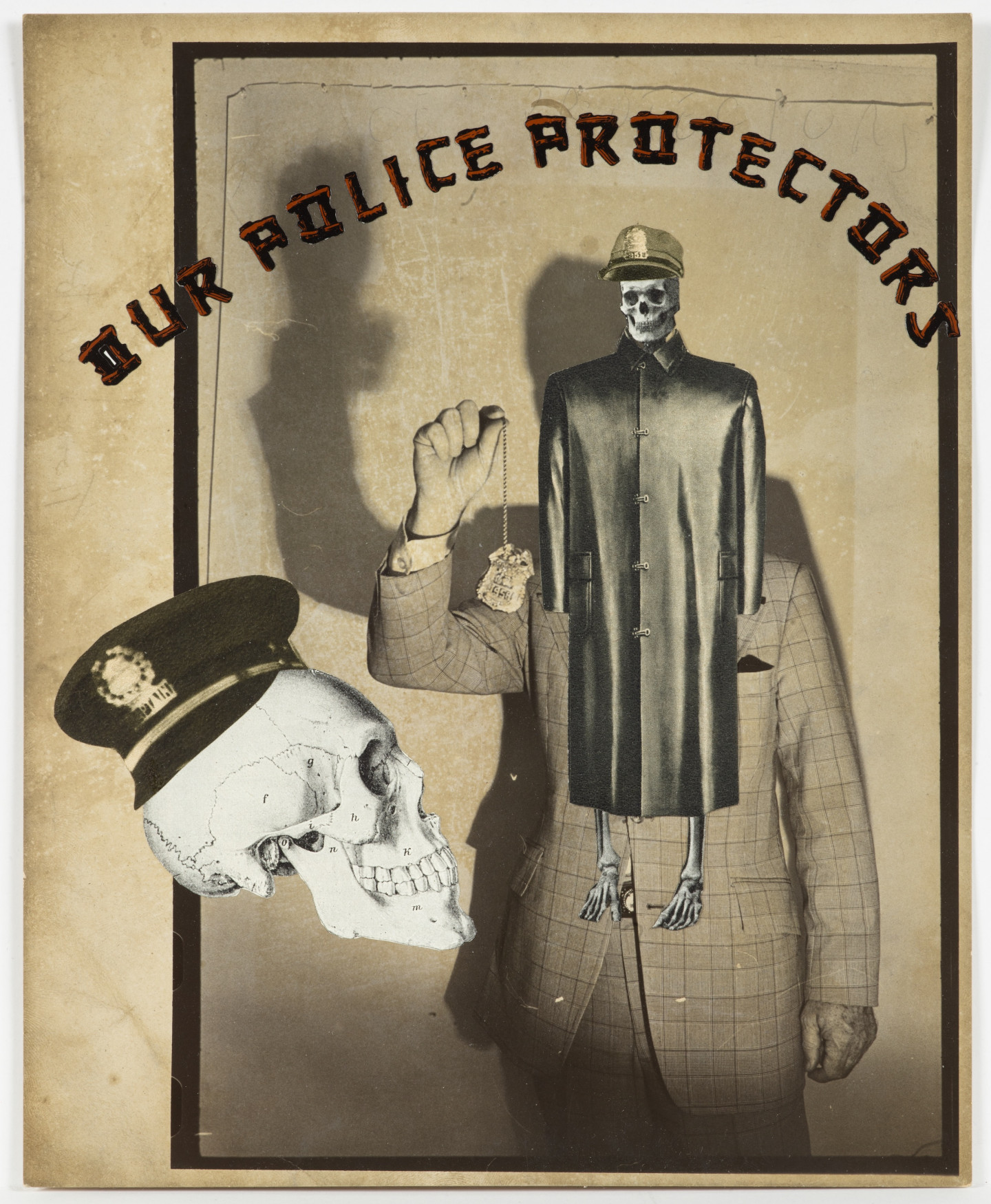 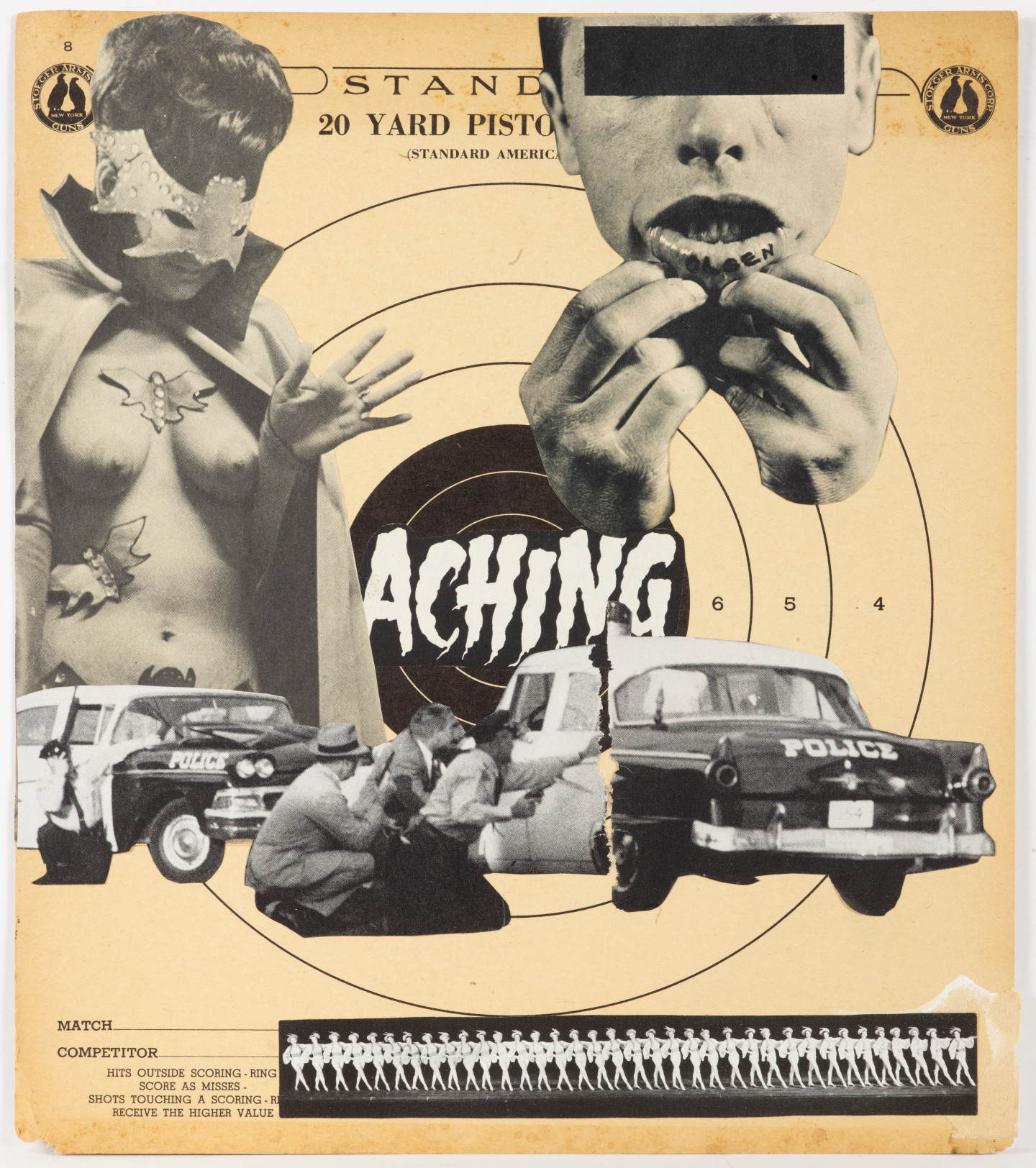 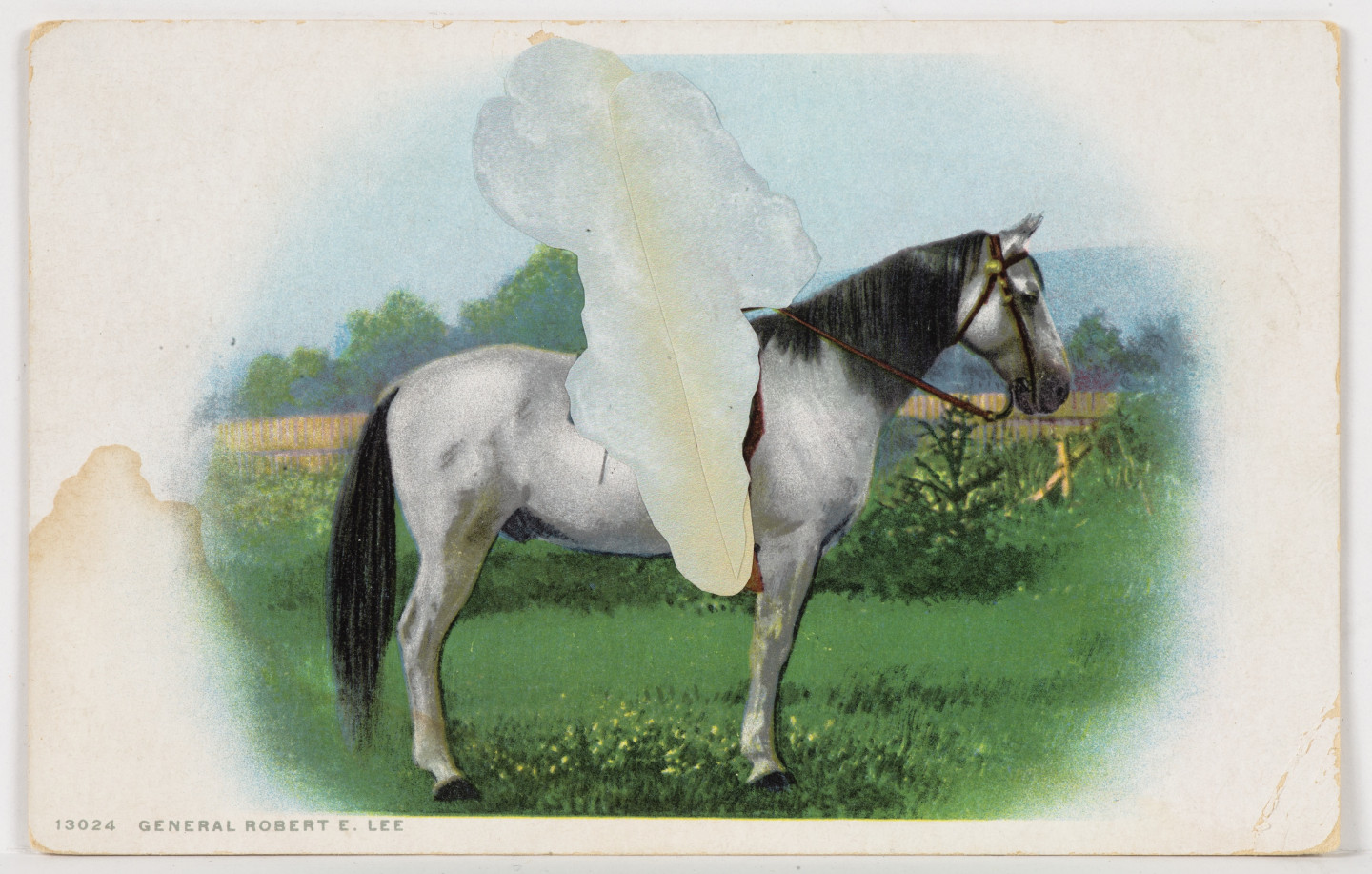 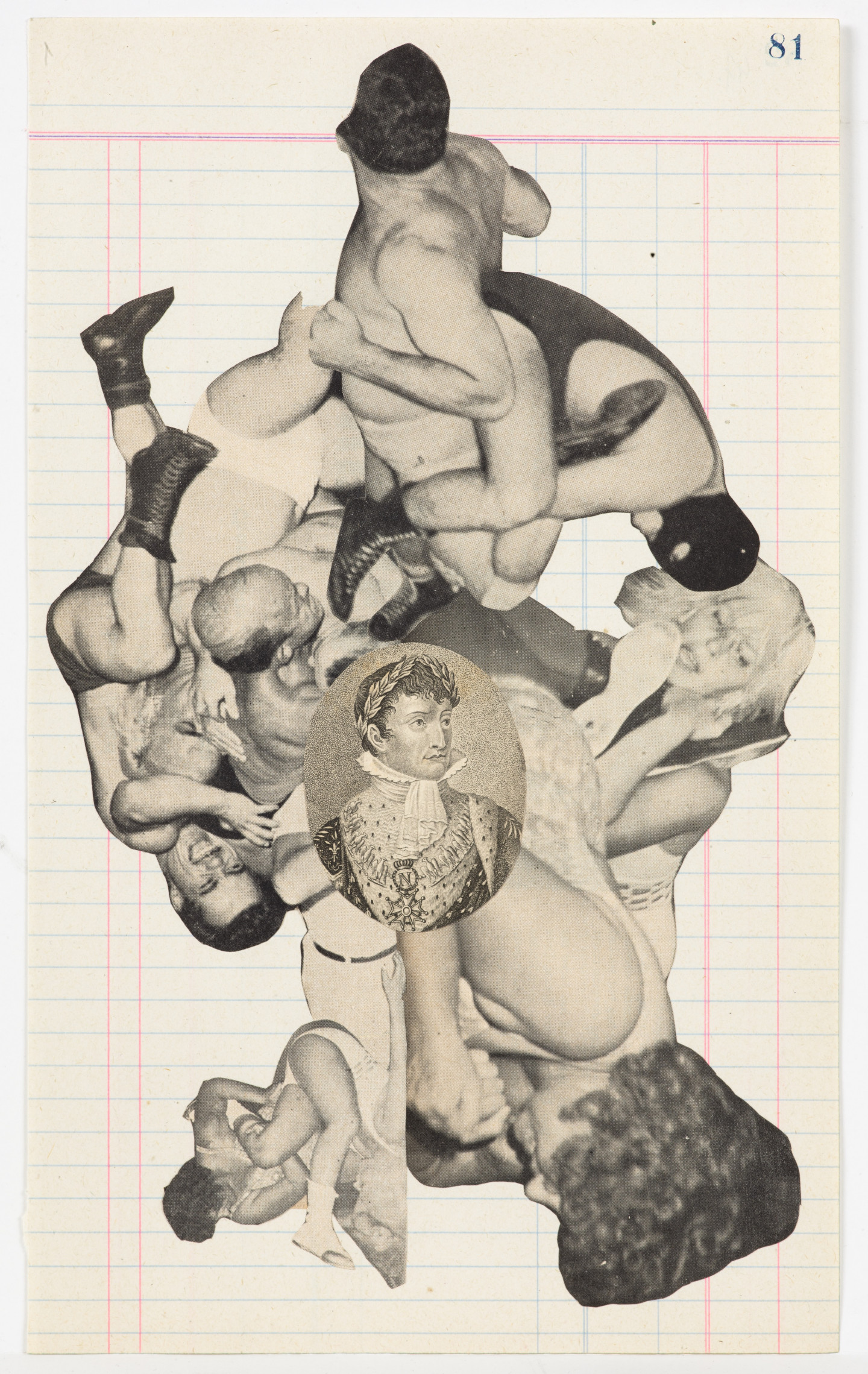 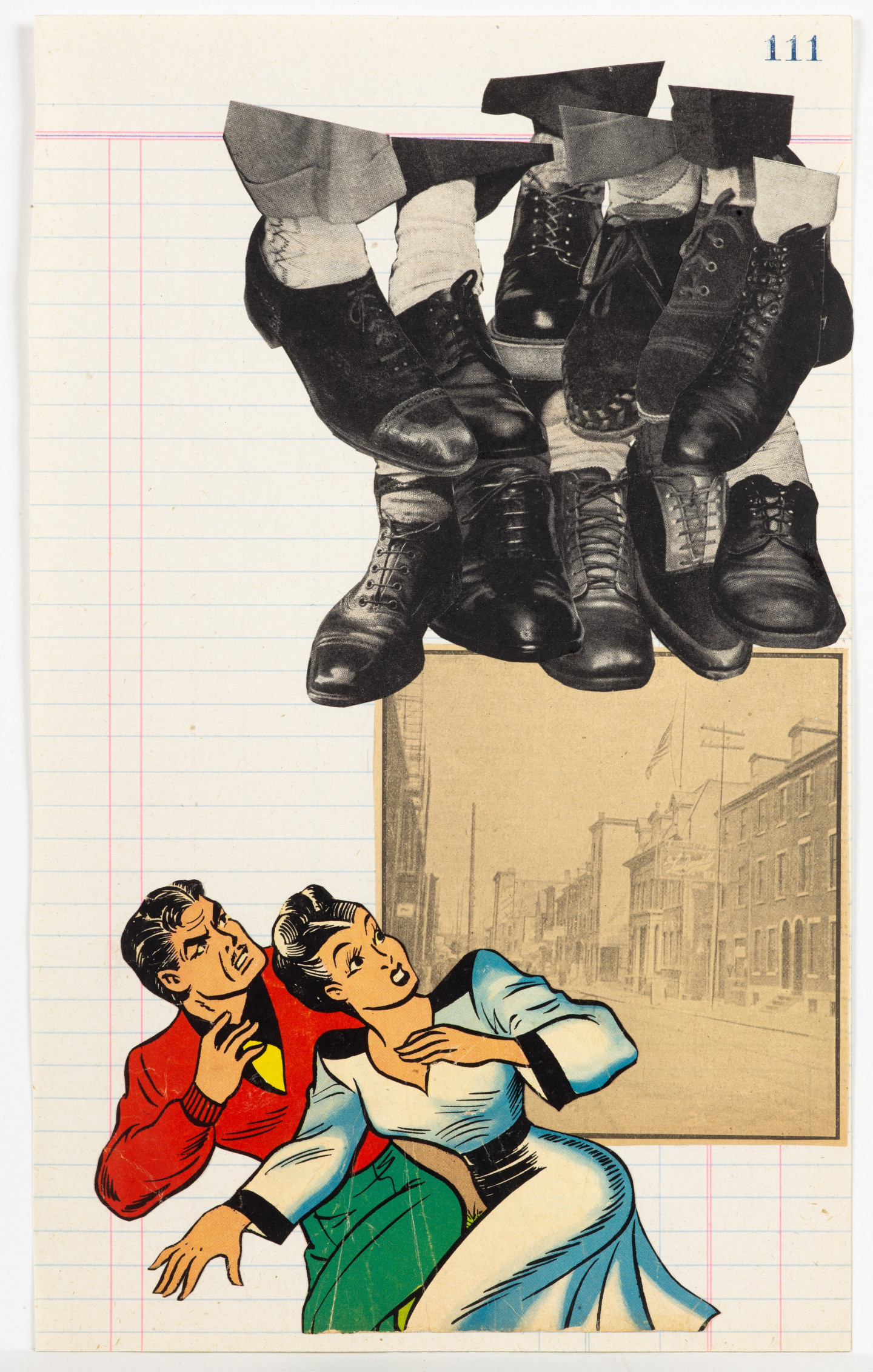 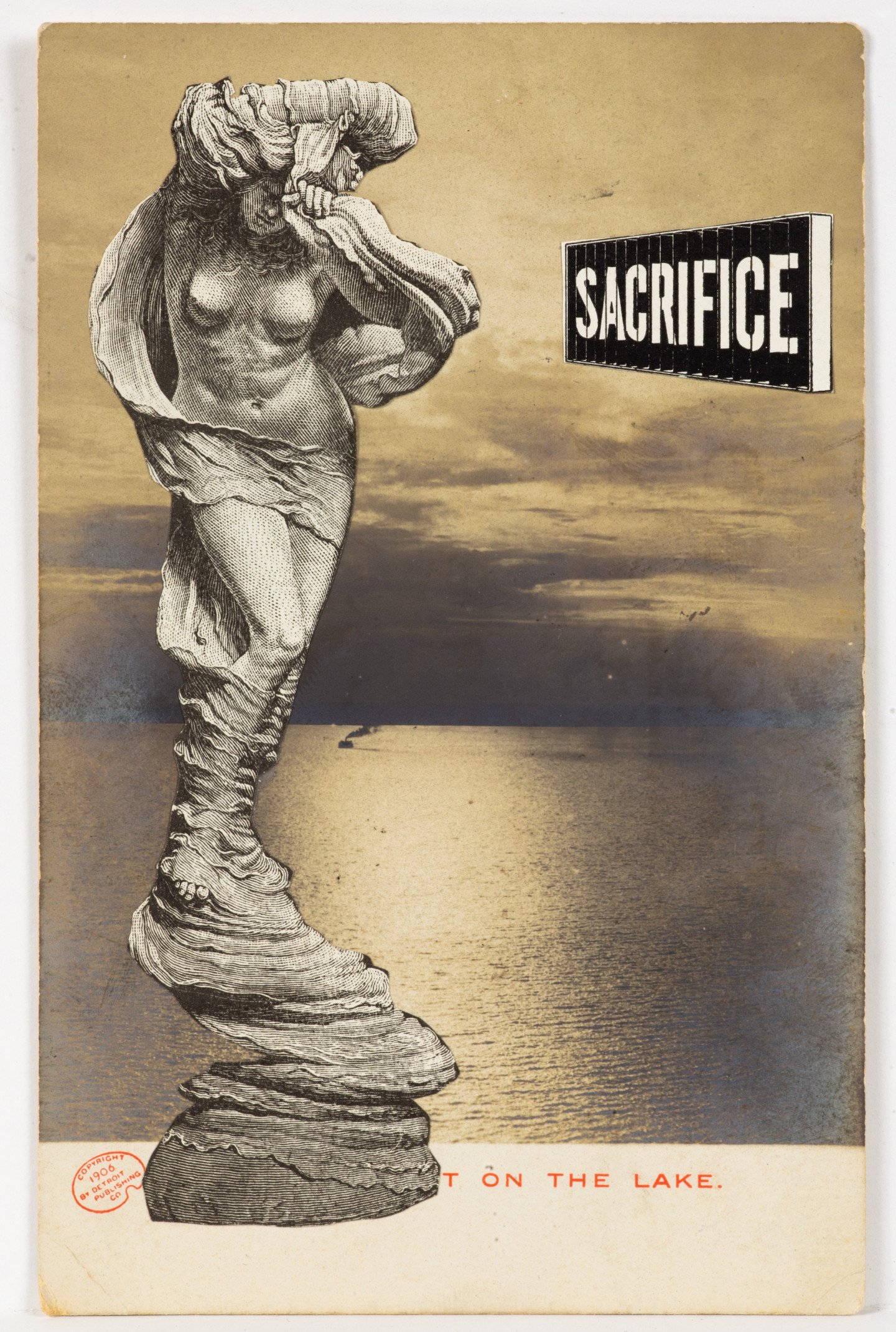 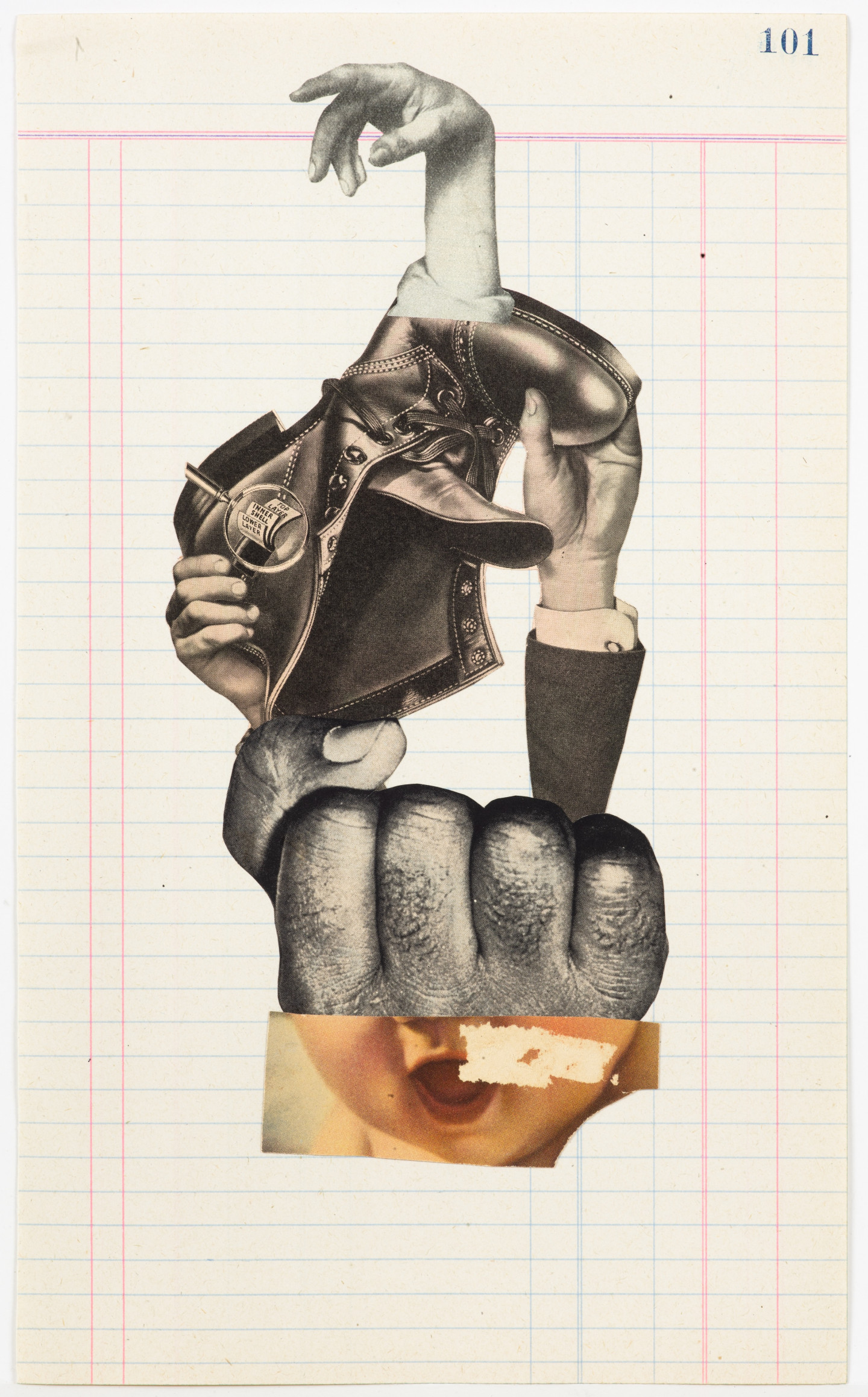 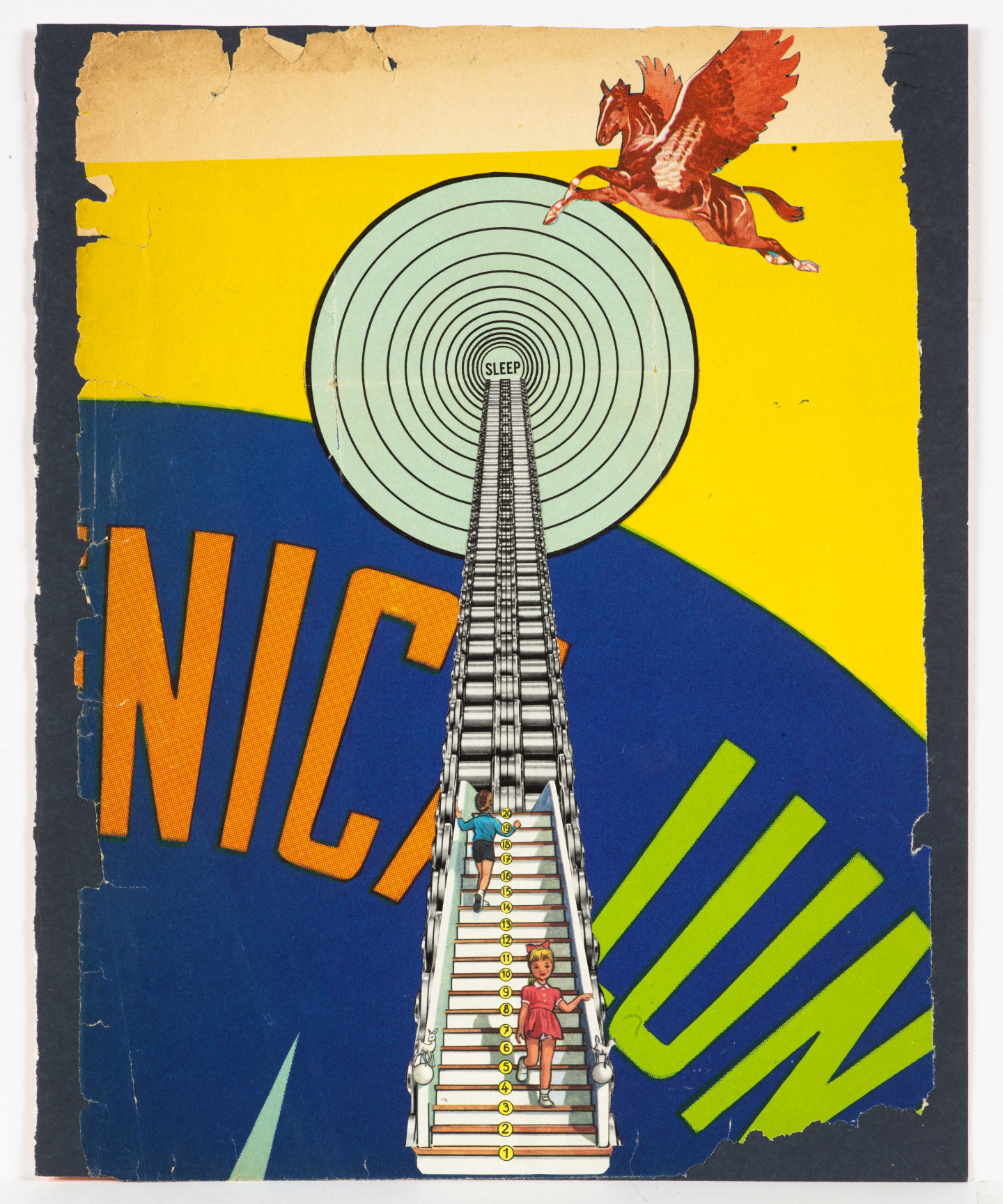 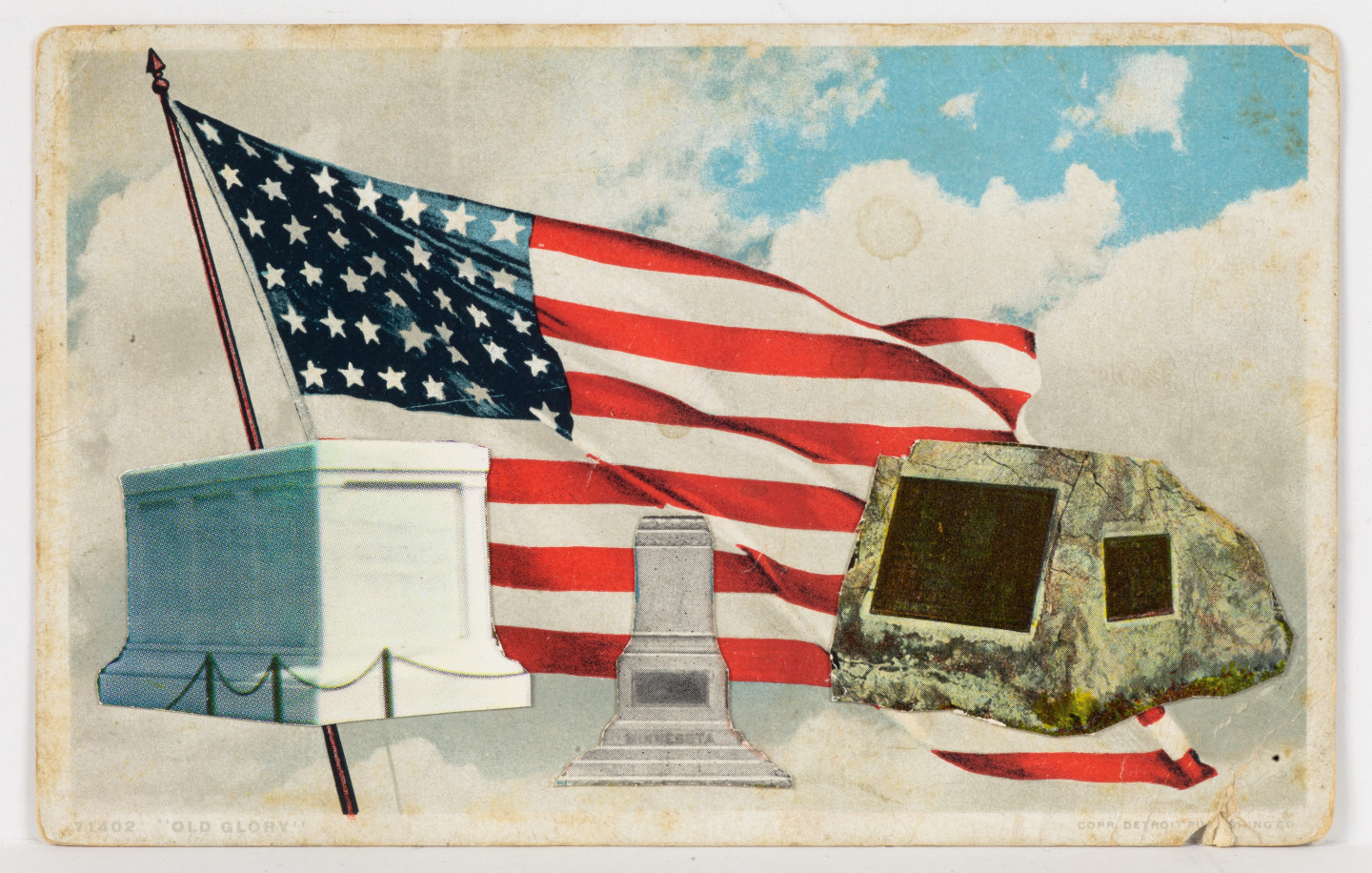 Noted writer Luc Sante is making his first gallery appearance with a show of collages. Although Sante has not previously presented his works in a gallery setting, he is not a newcomer to the medium. He began making collages as a teenager in the late 1960s; in the late '70s and early '80s his work appeared in photocopied zines and on gig fliers wheatpasted on downtown walls. He returned to making visual work a few years ago after a long absence, and has since regularly posted his work on social media, to considerable acclaim.

That he always intended to return is attested by the fact that for decades he dragged his cache of materials through move after move. The heart of this cache he acquired as an employee (1976-79) of the Strand Bookstore, where he was often tasked with disposing of the extra matter--magazines, postcards, photographs, miscellaneous ephemera--that arrived alongside the books when the store purchased private libraries. He thus draws on a body of imagery that dates primarily from the late nineteenth century to the mid-twentieth. Those bracketing dates are significant because it was a period when illustration strove for clarity, not to mention neutrality and transparency. The artists and photographers thought they were representing the world as it was, rather than expressing an attitude about it. Now we can see just how far they were mistaken.

But the obliviousness of his sources makes them ideal for Sante's purposes. He employs the visual vocabulary of the past for its simplicity, its technical proficiency, its uninflected color, its pre-modern notions of composition, and its complacent belief in a set of comforting lies. As the critic Harold Rosenberg once put it, "American life is a billboard; individual life in the U.S. includes something nameless that takes place in the weeds behind it.” Sante likes to cut up the billboard to shed light on the nameless thing.

Some of Sante's work is topical and direct; much of it is satiric or parodic; all of it is in some way narrative. He regards his topical work as declarative prose, while the rest he sees as a kind of poetry, hovering all around the edge of meaning without falling in. He is a devoted student and enthusiast of the cut-paper collage and its long history. He notes that collage effortlessly vaporizes the line between high and low; since the nineteenth century it has been practiced simultaneously by folk artists and avant-gardists. Of all the great collagists of the past, his biggest influence has been Bruce Conner, who managed to be at once bookish and blunt, intricate and explosive. Sante also situates himself in the visual tradition of punk, where he first found his footing. Accordingly, he sees all his works, whatever their size, as posters, meant to draw and hold the eye.

Sante was born in 1954 in industrial southeastern Belgium and came to the United States with his parents in the early 1960s. His books include Low Life (1991), Evidence (1992), The Factory of Facts (1998), Kill All Your Darlings (2007), and The Other Paris (2015). His new collection of essays and other writings, Maybe the People Would Be the Times, will be published in September by Verse Chorus Press. He teaches writing and the history of photography at Bard College and lives in Ulster County, New York.