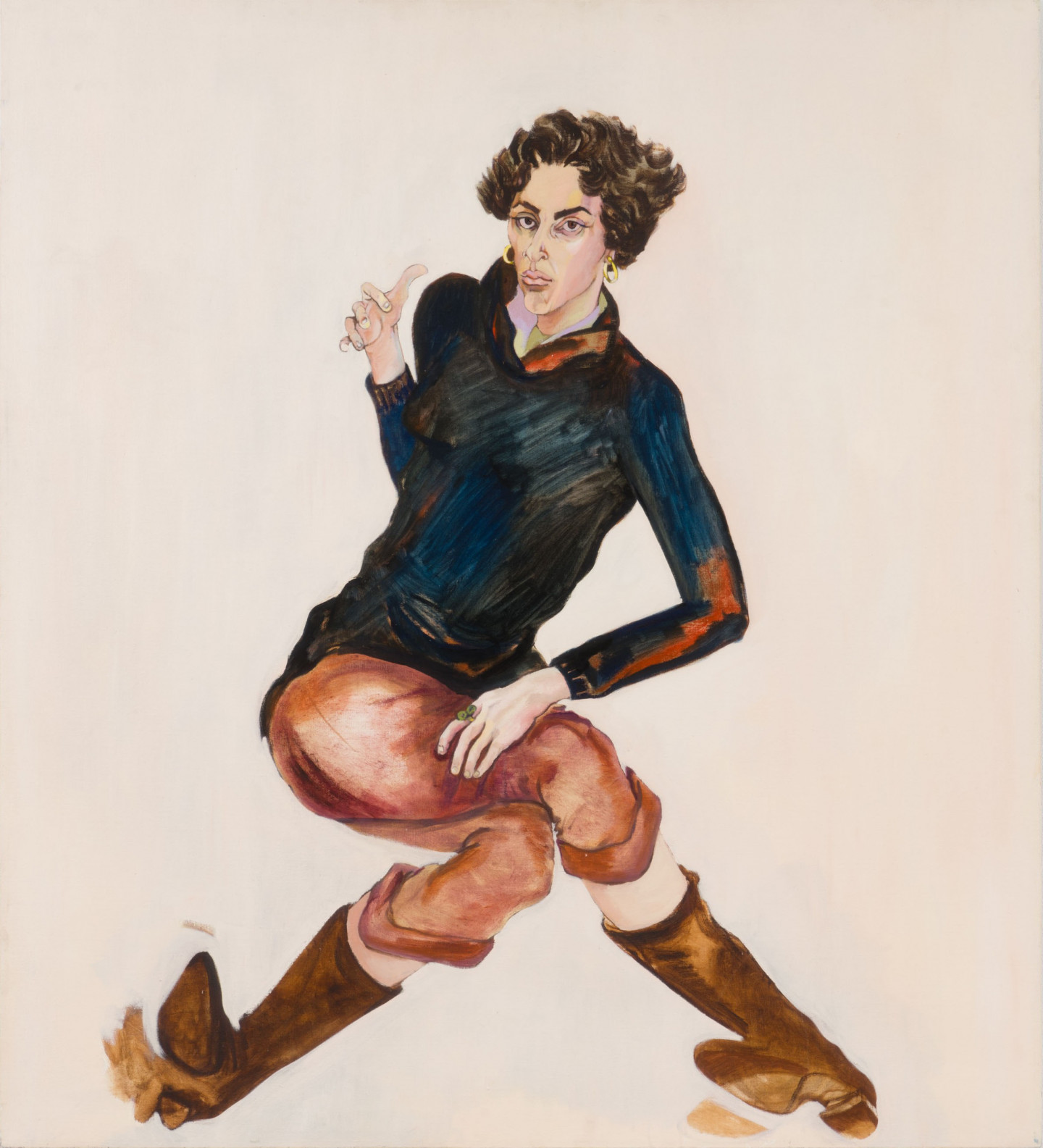 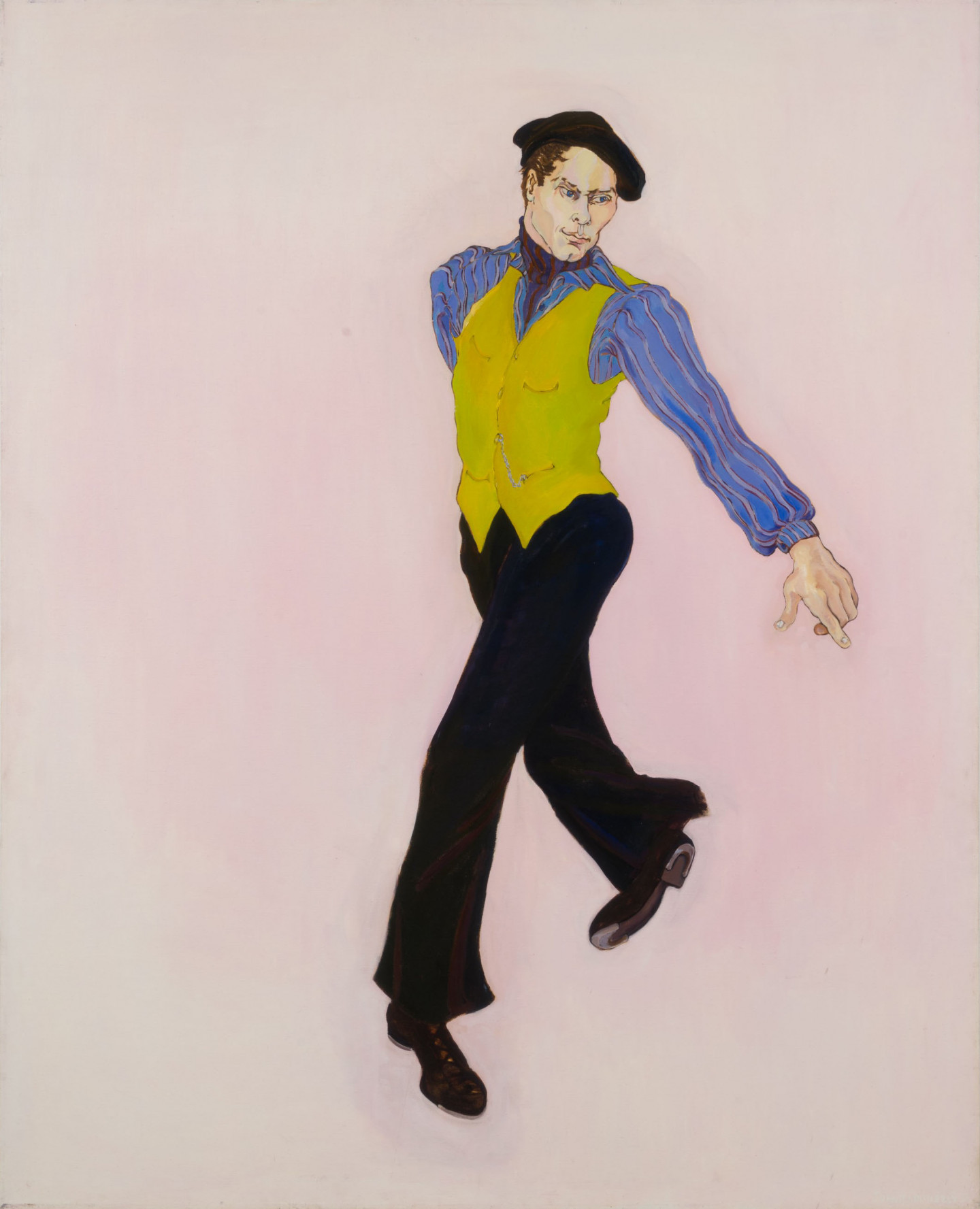 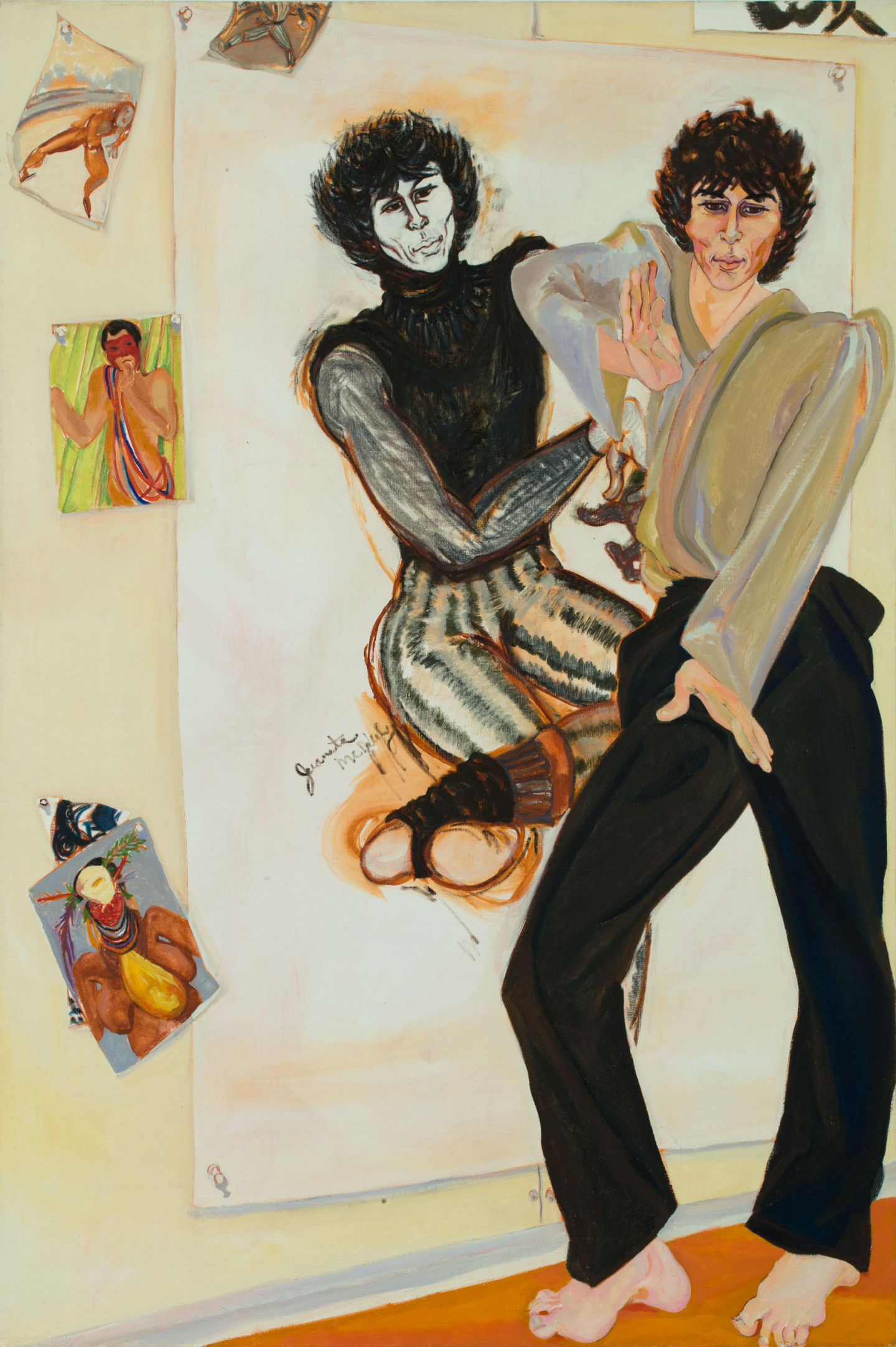 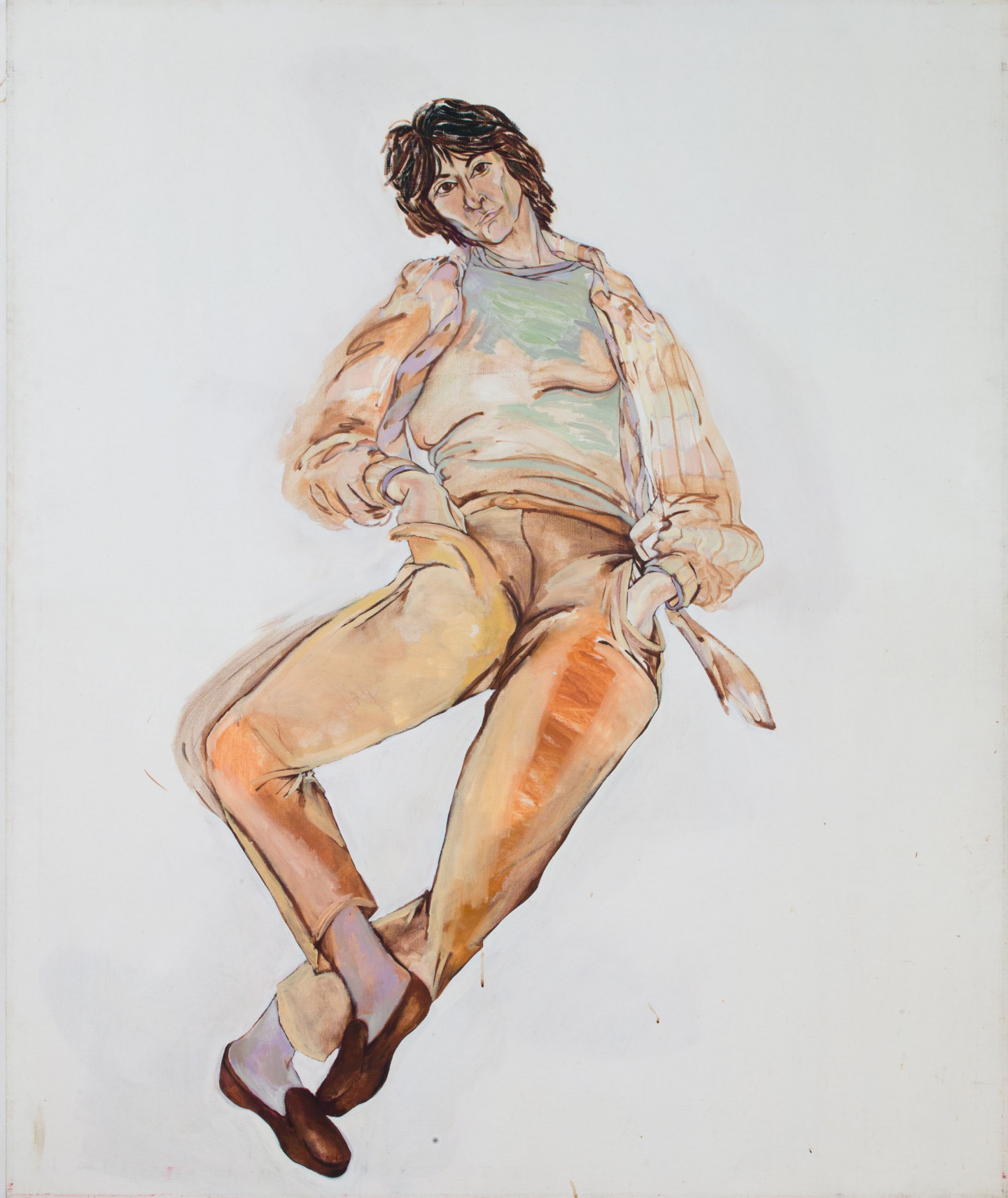 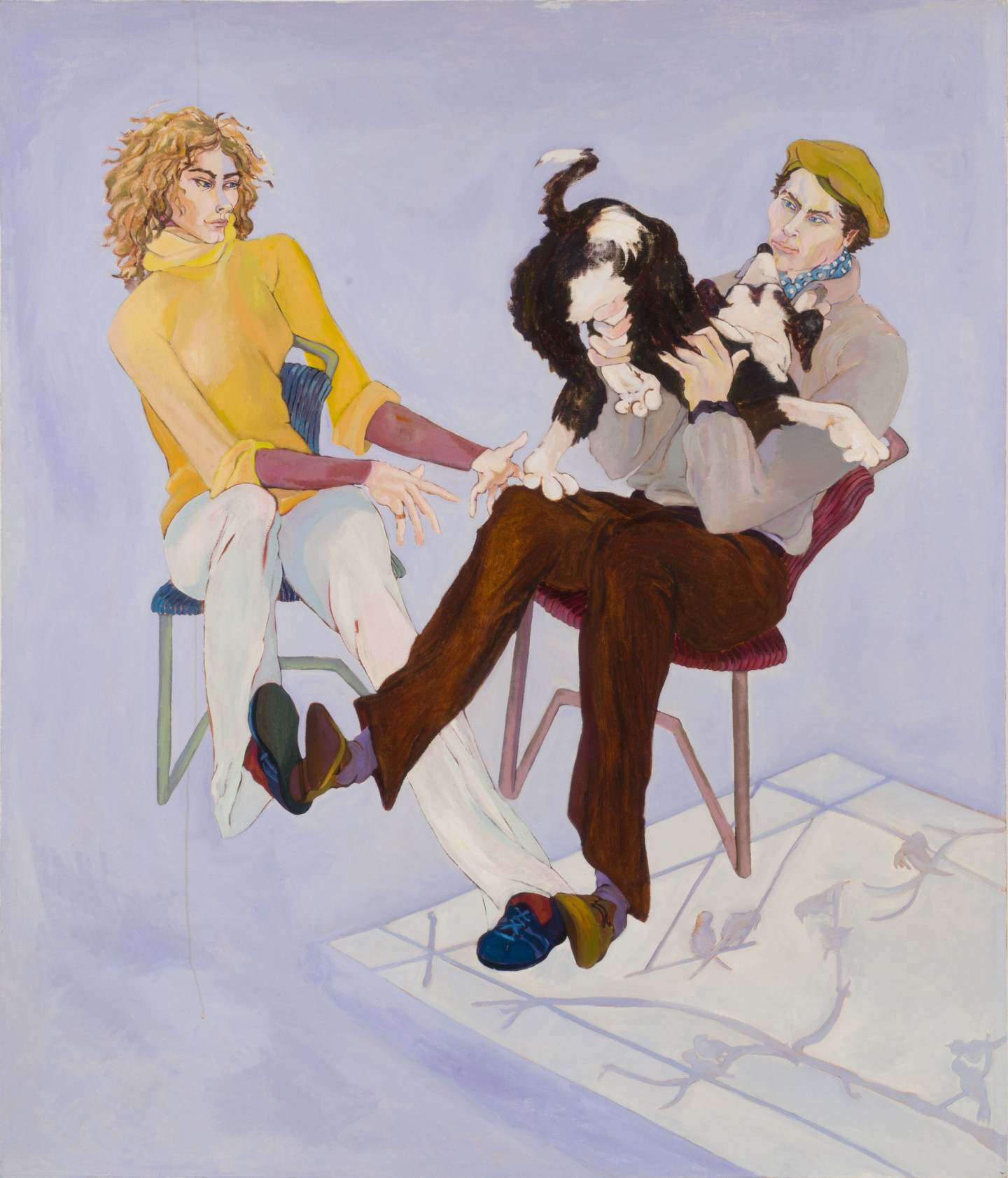 Juanita McNeely, Shadow of the Birds, 1980 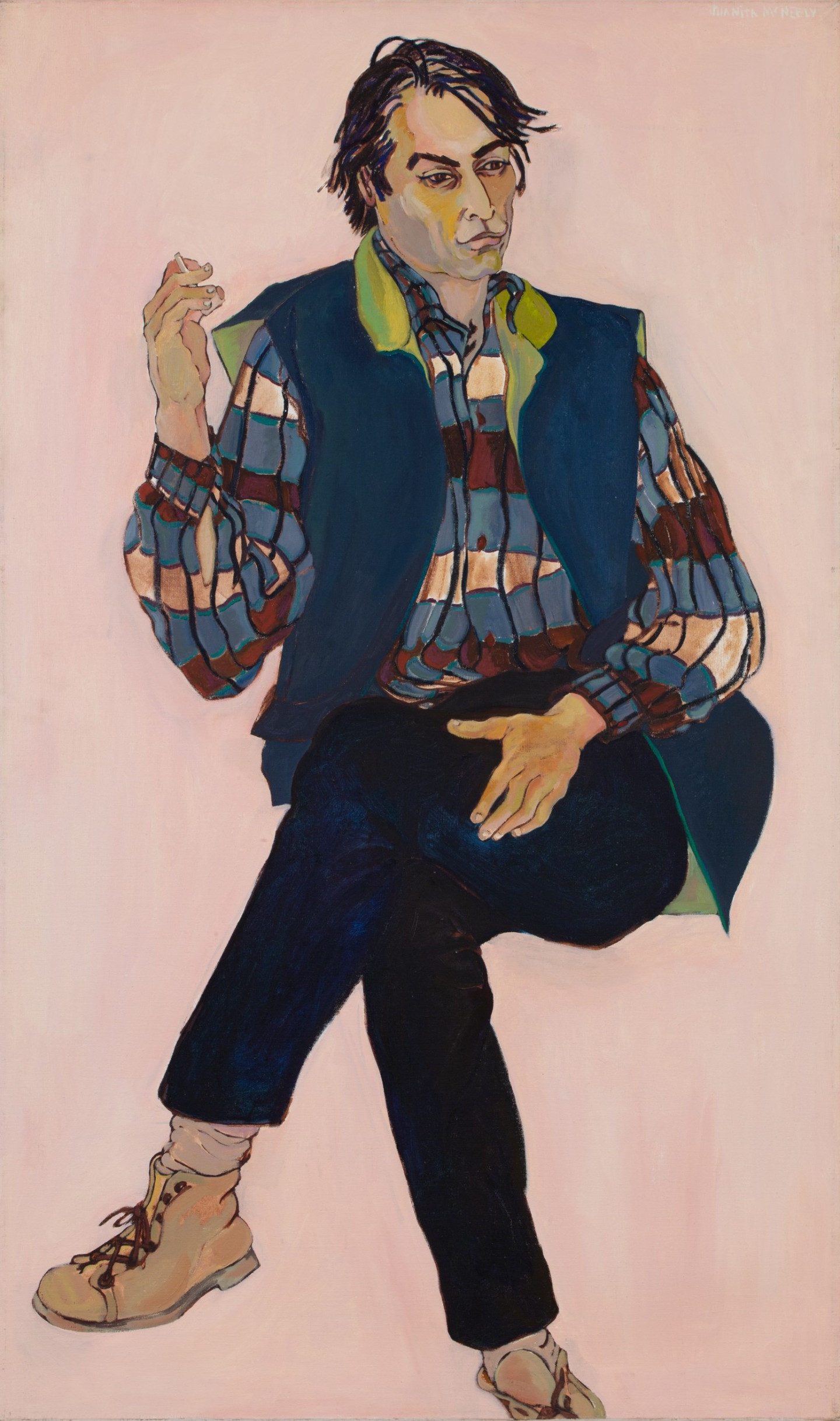 Juanita McNeely depicts the extreme physicality and movement of the human figure, informed by her own detailed personal observations. McNeely’s vivid scenes are filled with radiant color palettes, stark use of lightness and shadow, and experimental framing devices. Born in St. Louis, Missouri, McNeely first moved to New York City in 1967, where her figurative work became central to the development of feminist art and contemporary discourses. As part of the community around the Westbeth artists’ coop, early in her career McNeely began meeting with a group of women artists in the city whose work was considered spectacular for its confrontation of personal, erotic, and taboo subjects. Faced with the political challenges and limitations of the male-dominated discourses of the time, they decided to begin exhibiting and speaking collectively, transforming notions of who may and may not handle certain imagery during this period of major societal and artistic evolution. On view are a series of portraits created at the end of the 1970s, depicting individuals who surrounded McNeely at arguably the most optimistic period in her life and career. While she would most often render self-portraits across single and multi-paneled works, this group of paintings lies among the small number of the artist’s portraits of others, delving into their individual characters. These portraits also offer a contrast to what is usually know of McNeely’s work in terms of the artist’s more complicated subject matter and visual devices, and yet the singular tension with which she expresses the human figure through line and form remains primary.

McNeely was the subject of Indomitable Spirit, a career survey curated by Susan Metrican at Brandeis University’s Women’s Study Research Center in 2014. McNeely was part of the Fight Censorship group founded in 1973 by Anita Steckel, alongside Judith Bernstein, Louise Bourgeois, Martha Edelheit, Joan Semmel, Hannah Wilke, and Eunice Golden, among others; as well as Women Artists in Revolution (W.A.R.), Redstockings, and other groups. McNeely has exhibited at venues including the Queens Museum, Art Institute of Chicago, Philadelphia Museum of Art, and Gemeentemuseum in The Hague, among others. McNeely received the Ellin P. Speyer Prize from the National Academy Museum, and honors from the Pollock-Krasner Foundation, the Gottlieb Foundation, and the New York State Council on the Arts. Her work is included in the collections of the Saint Louis Art Museum, the National Taiwan Museum of Fine Arts, and the Palacio de Bellas Artes in Mexico City, among others.

oil on linen
Lynn the Masseuse

Juanita McNeely
Shadow of the Birds
1980