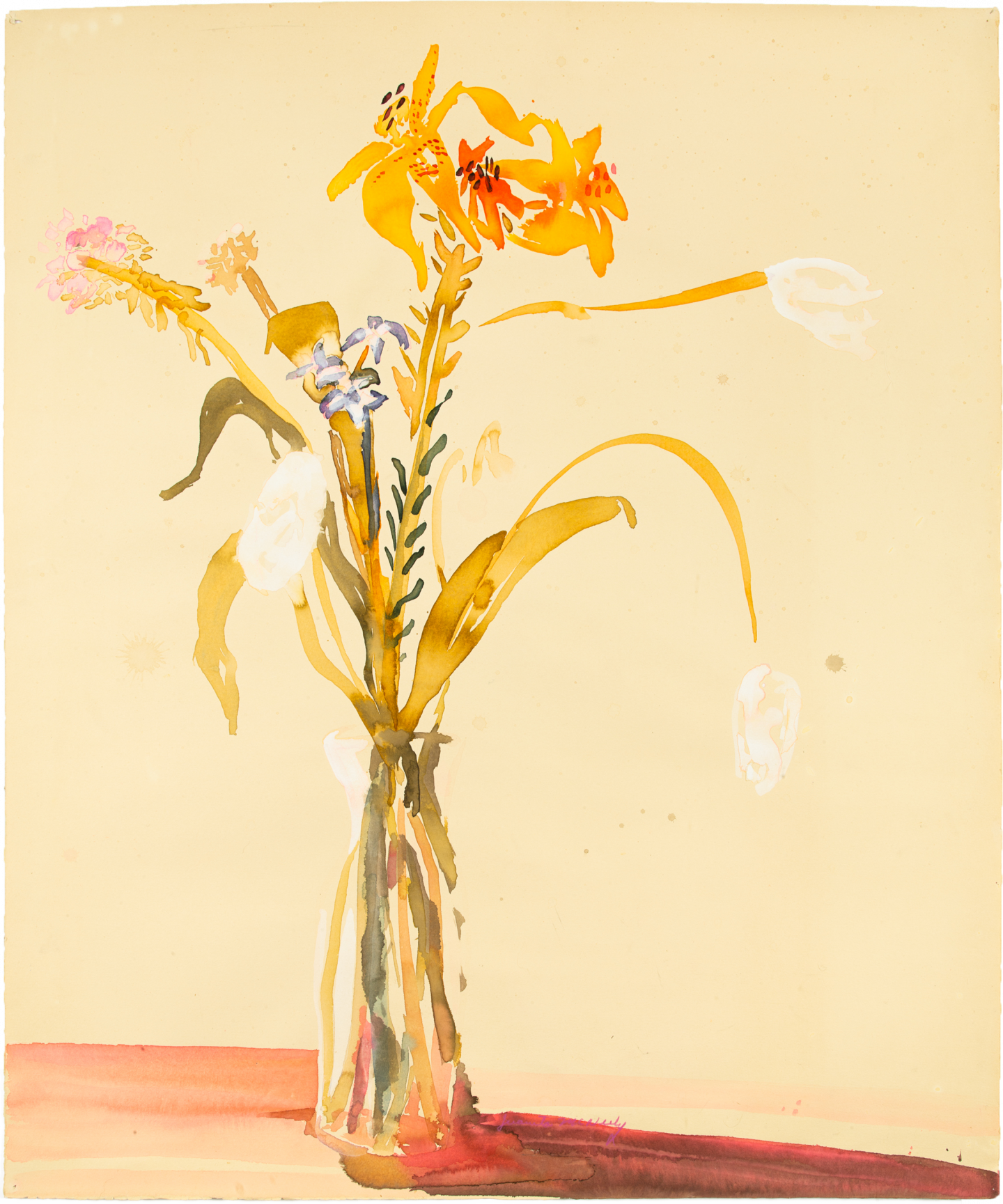 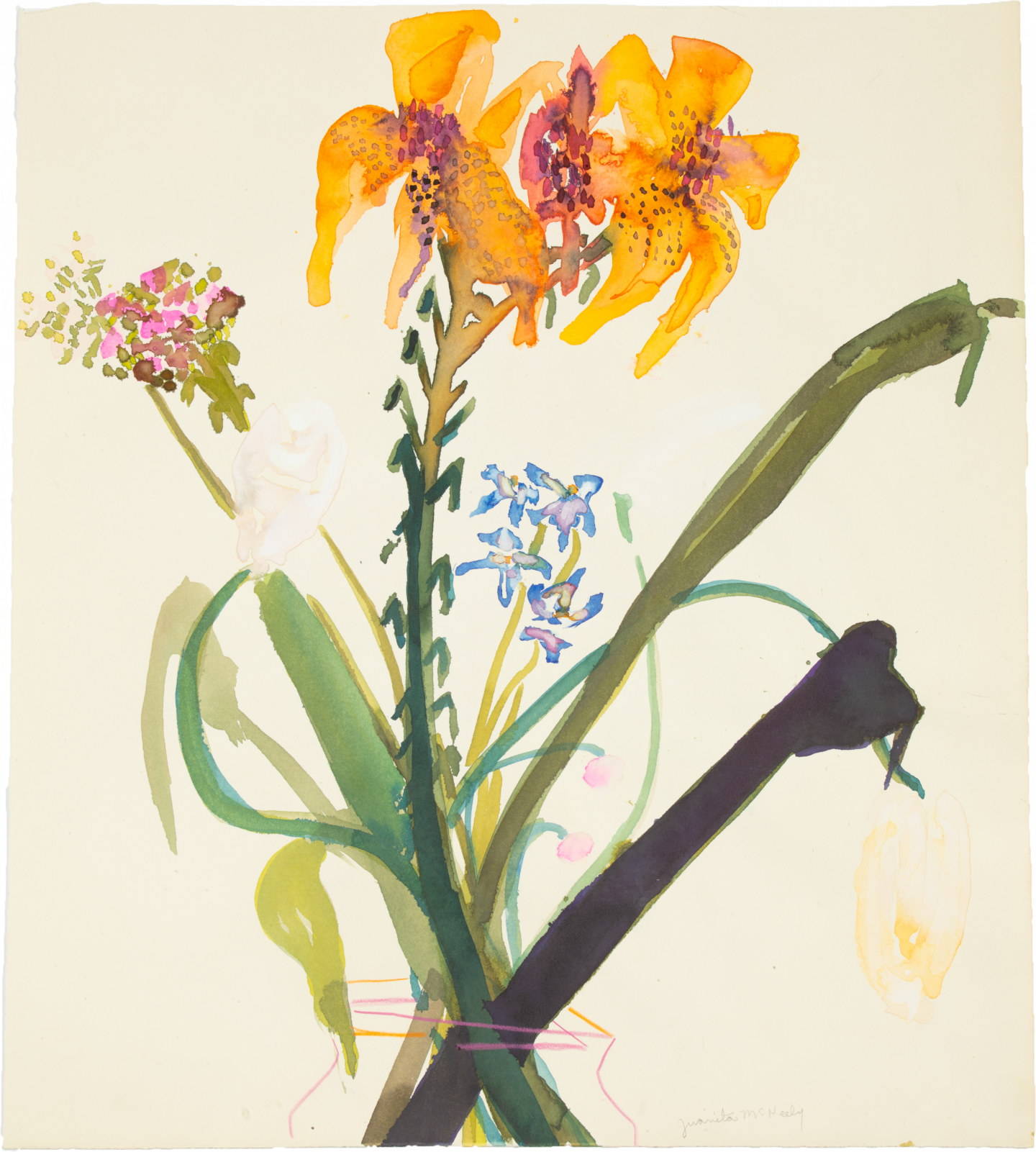 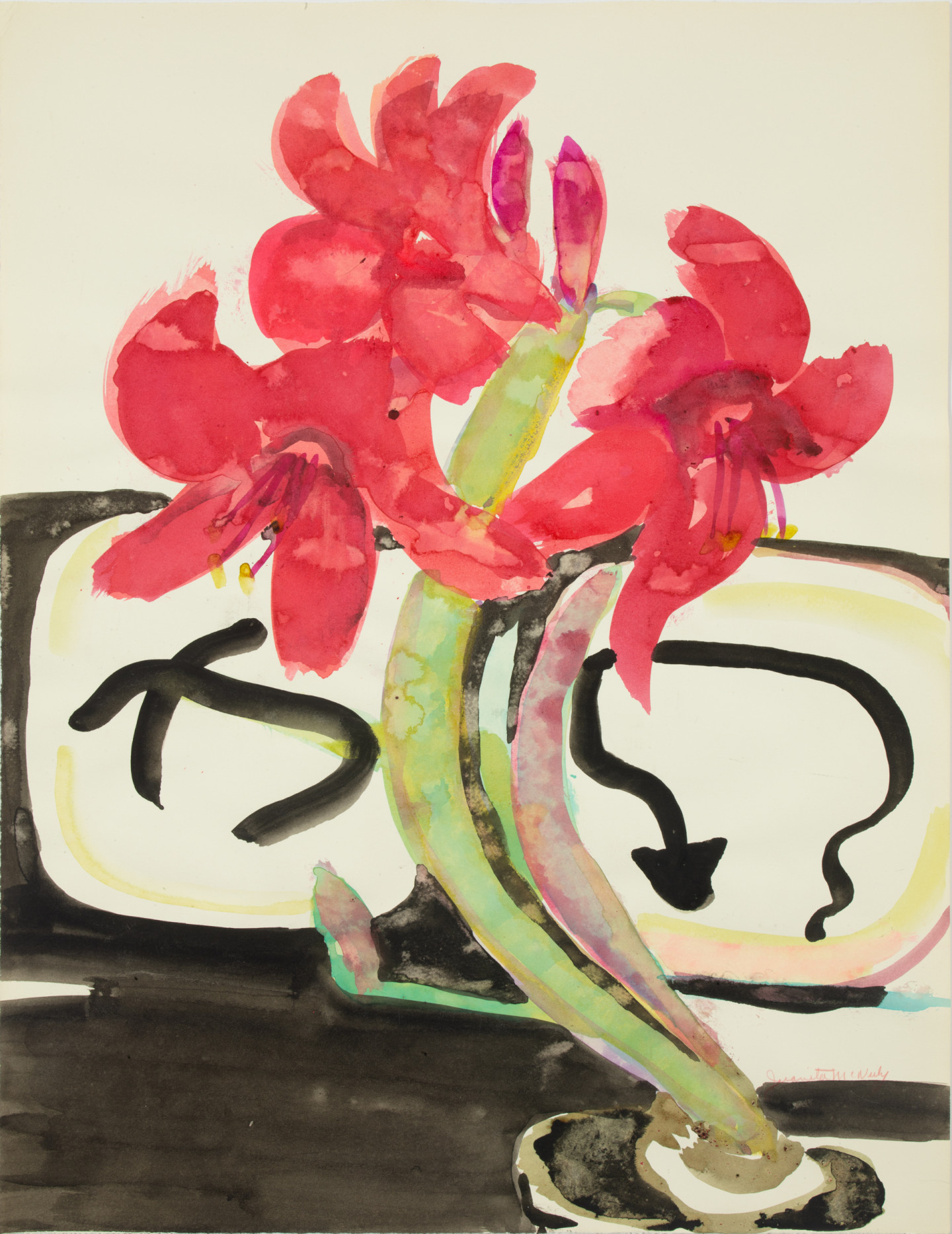 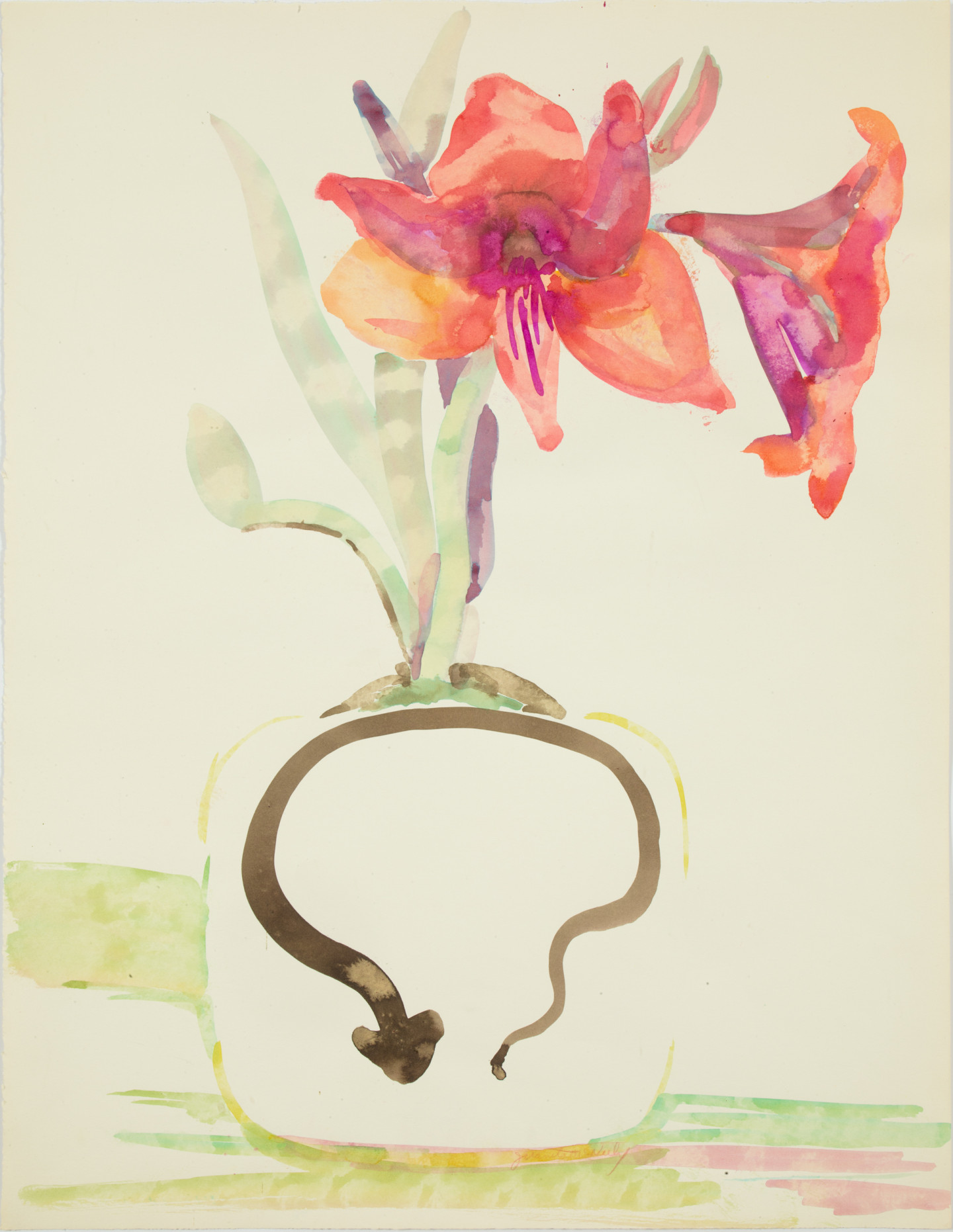 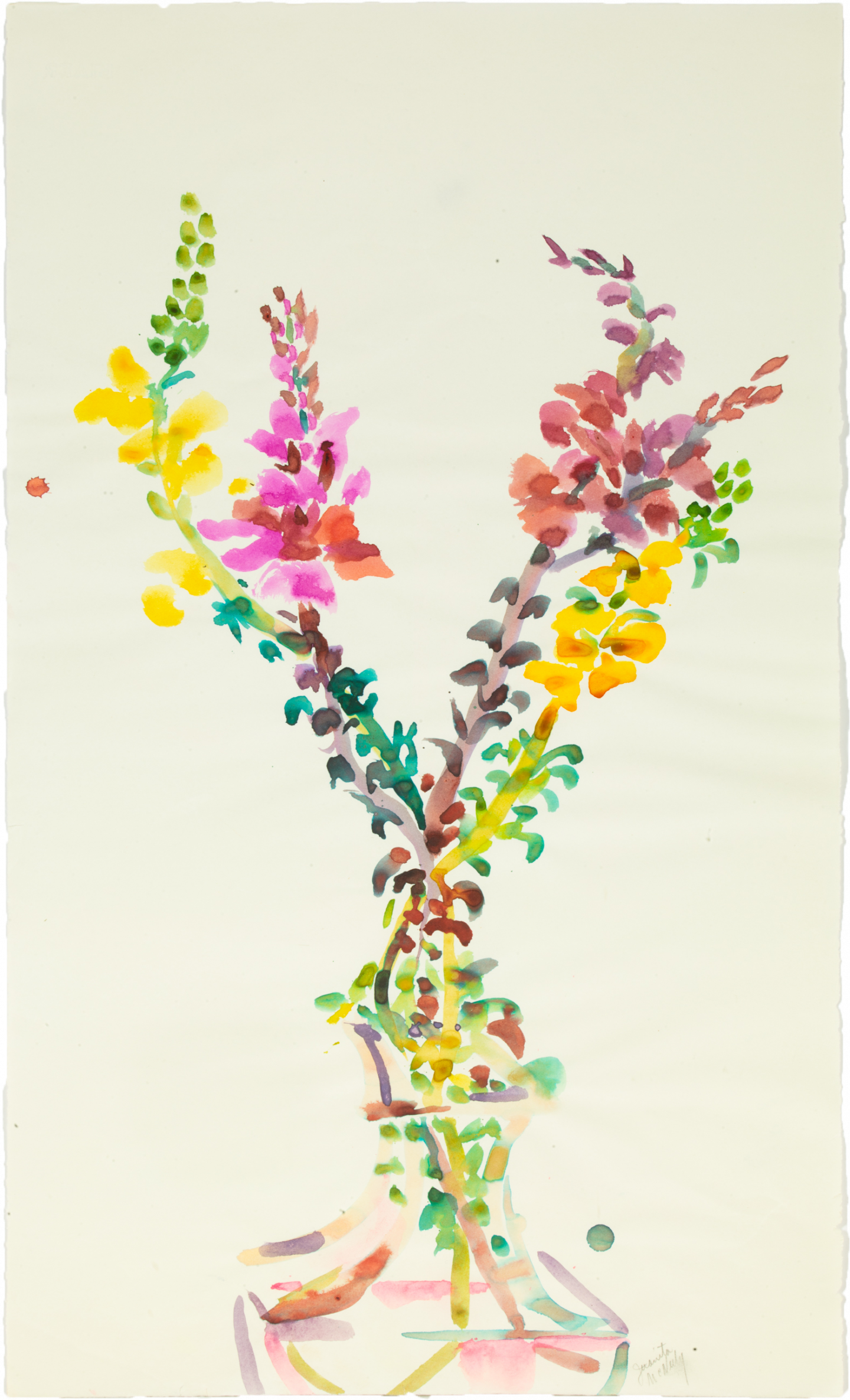 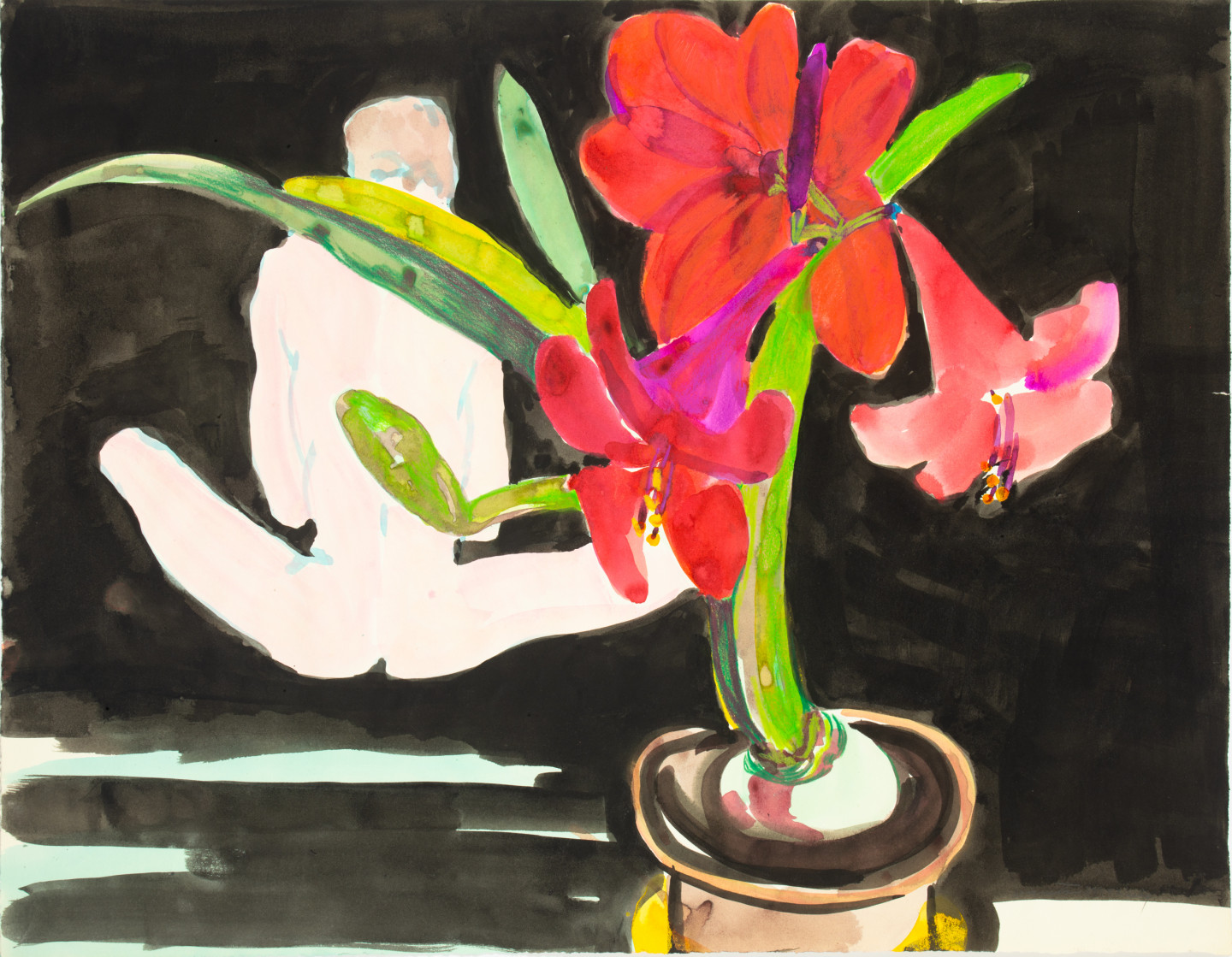 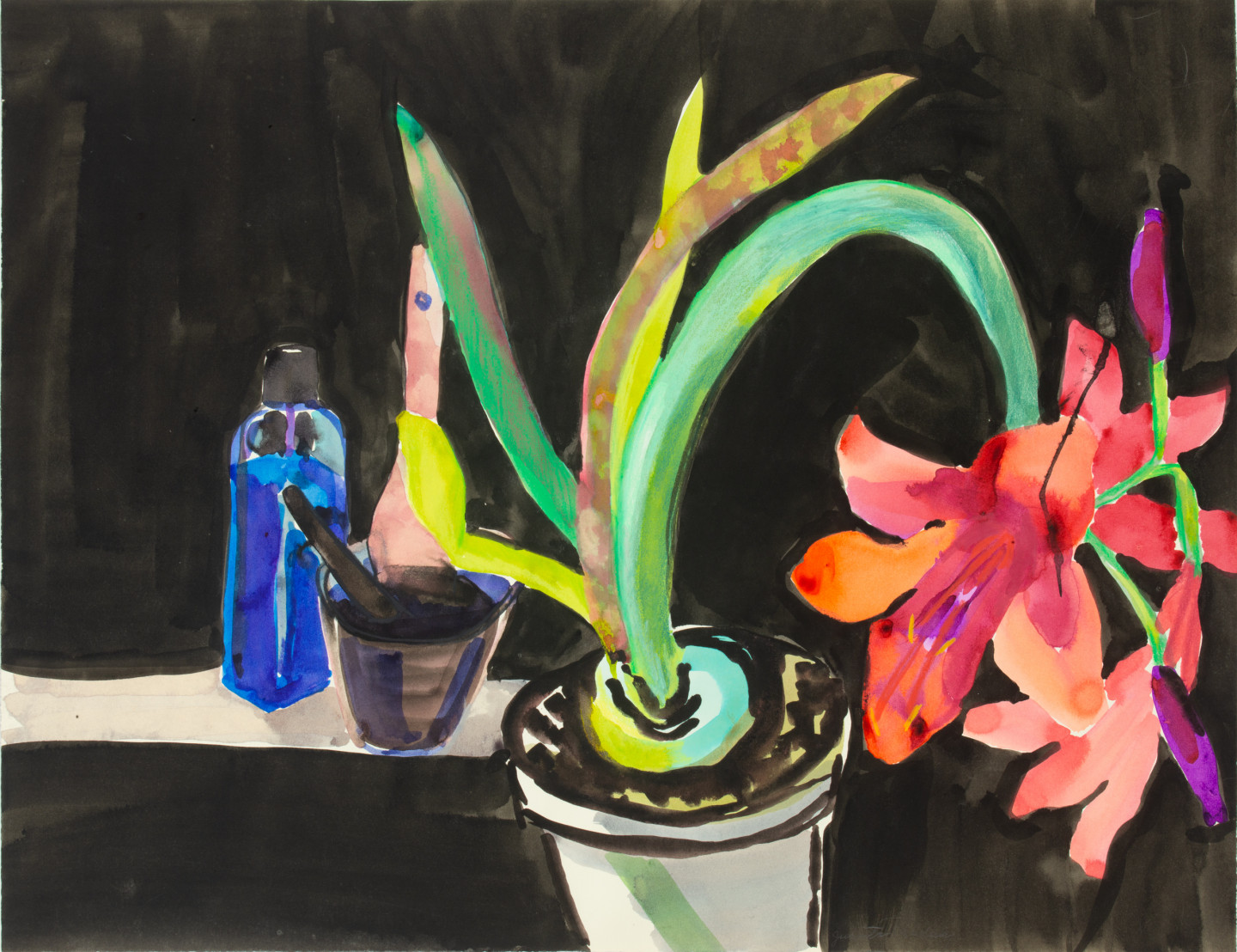 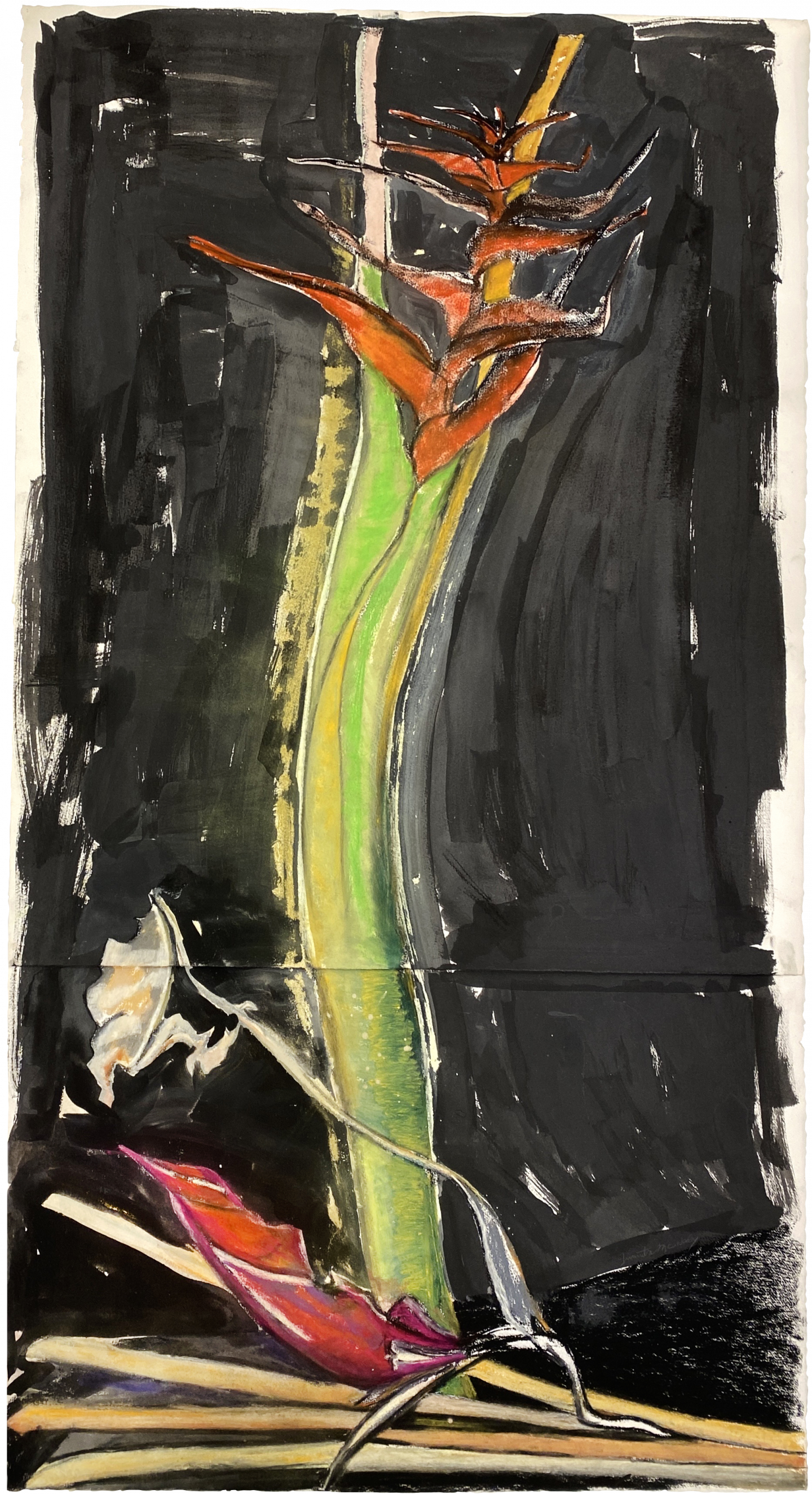 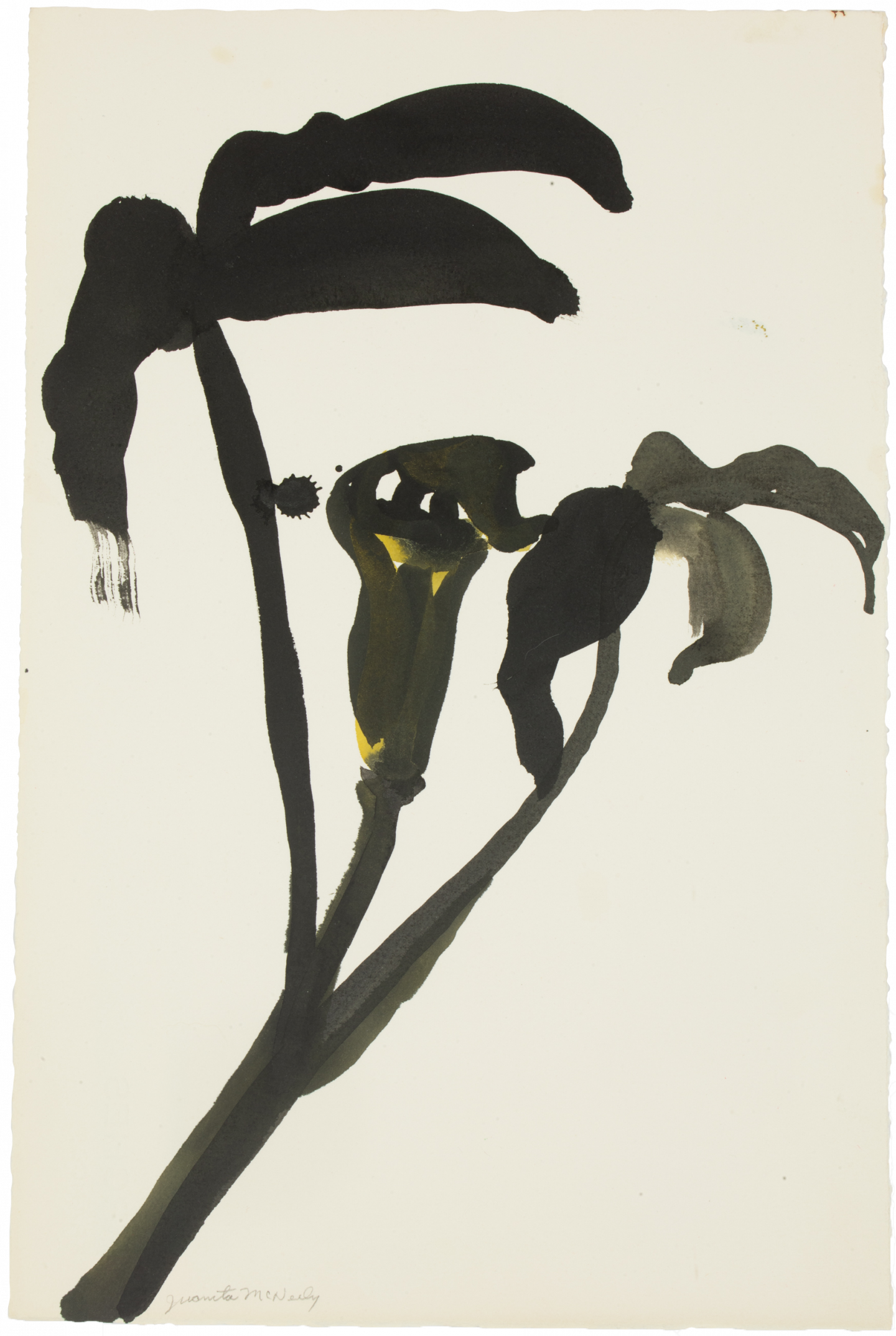 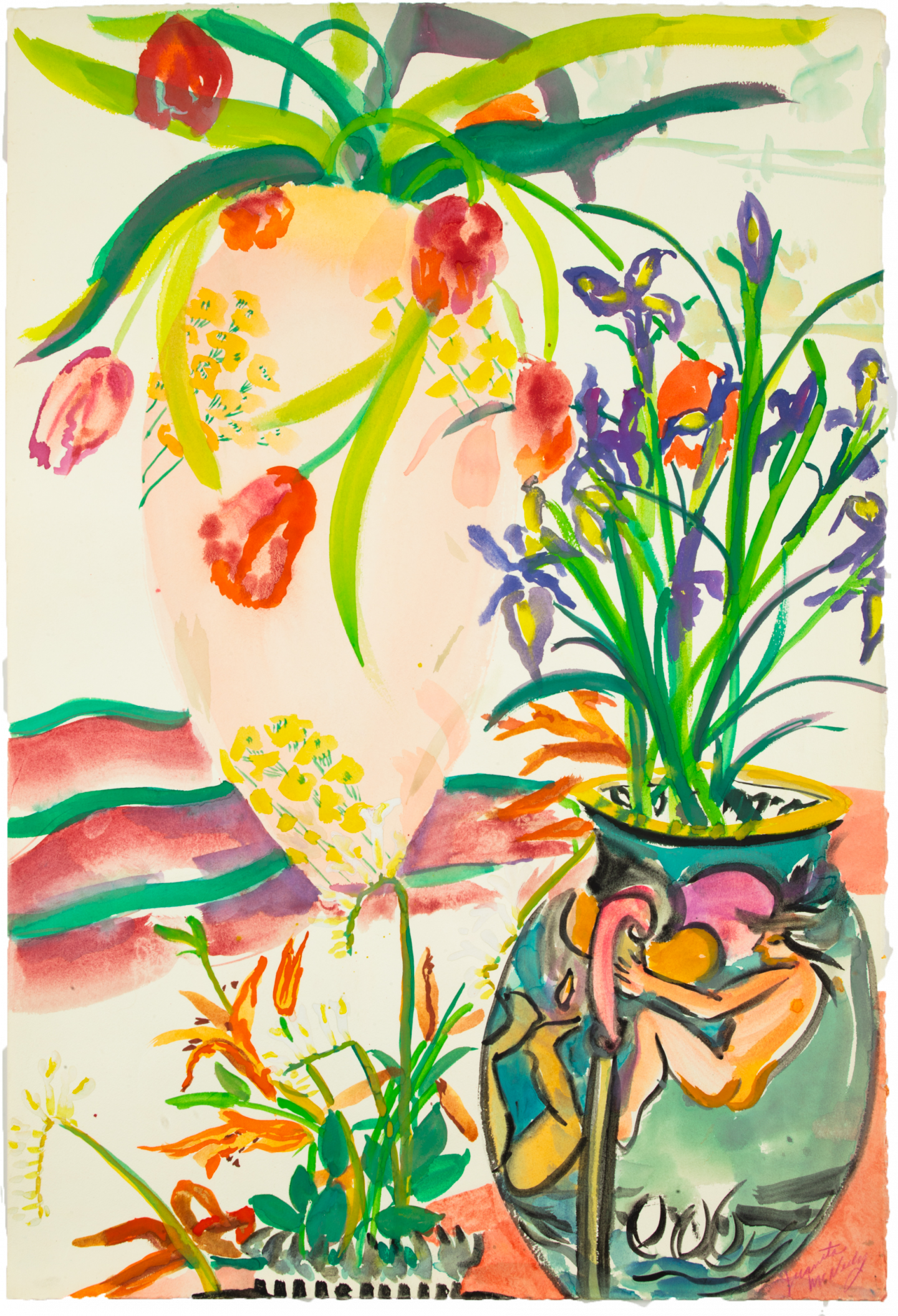 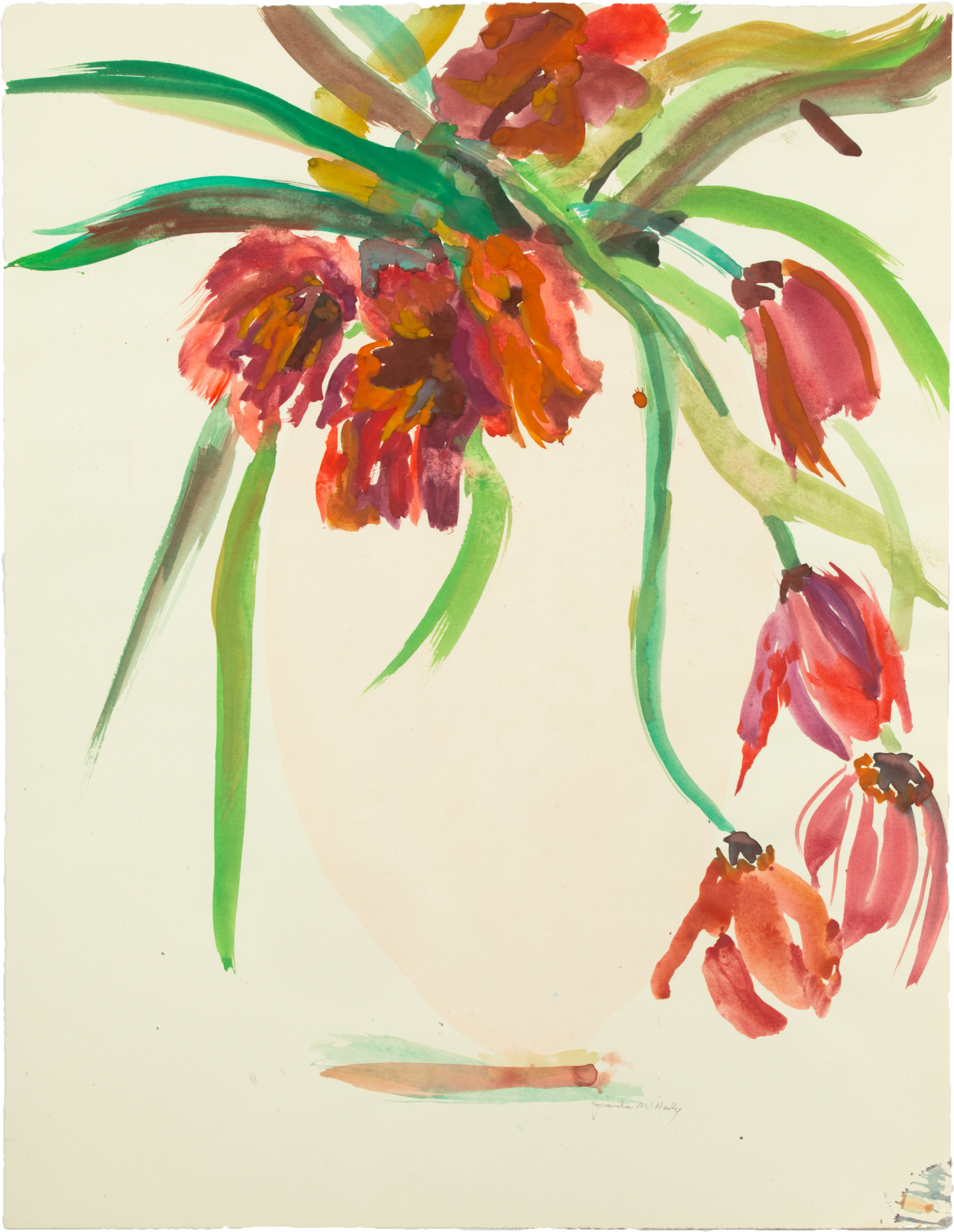 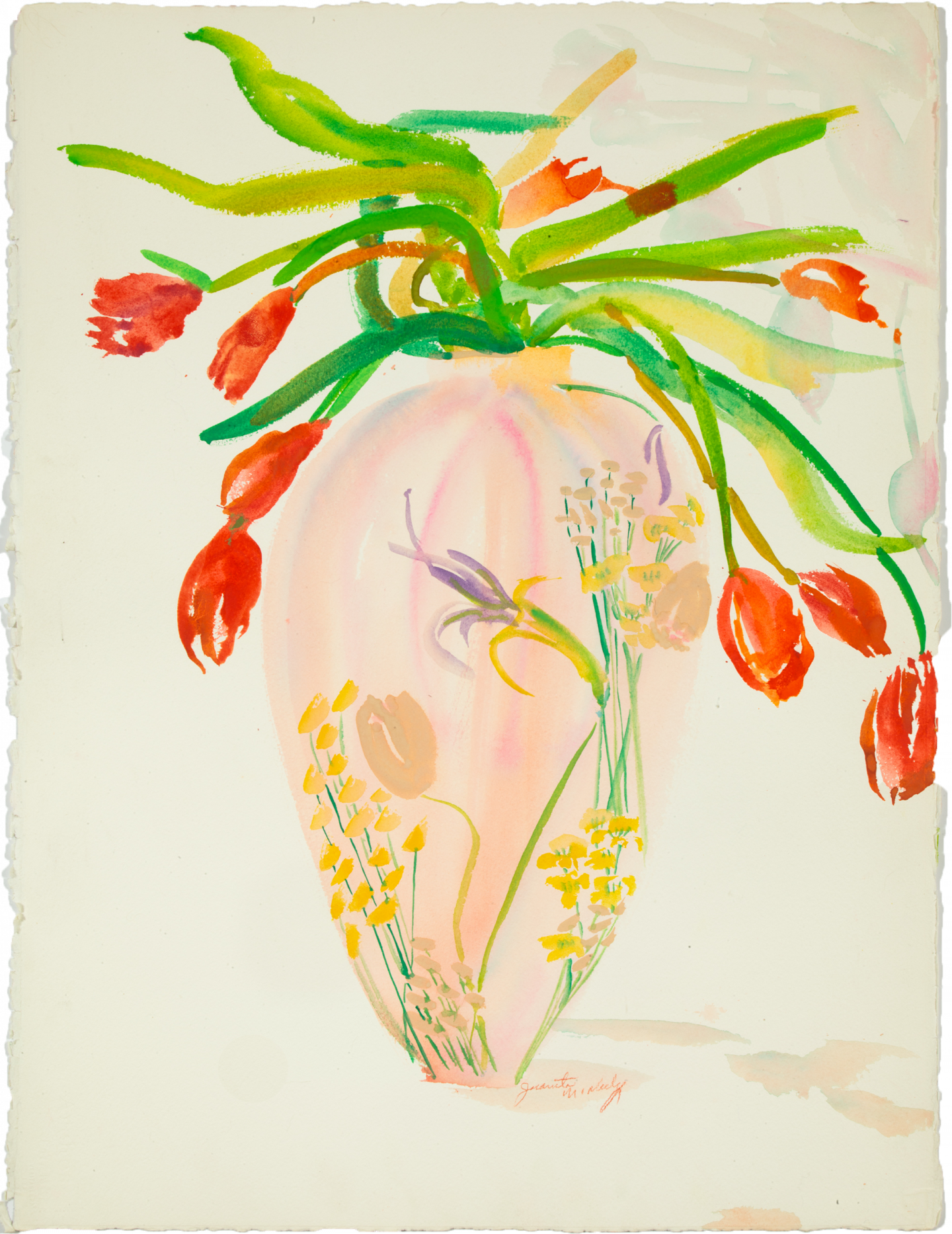 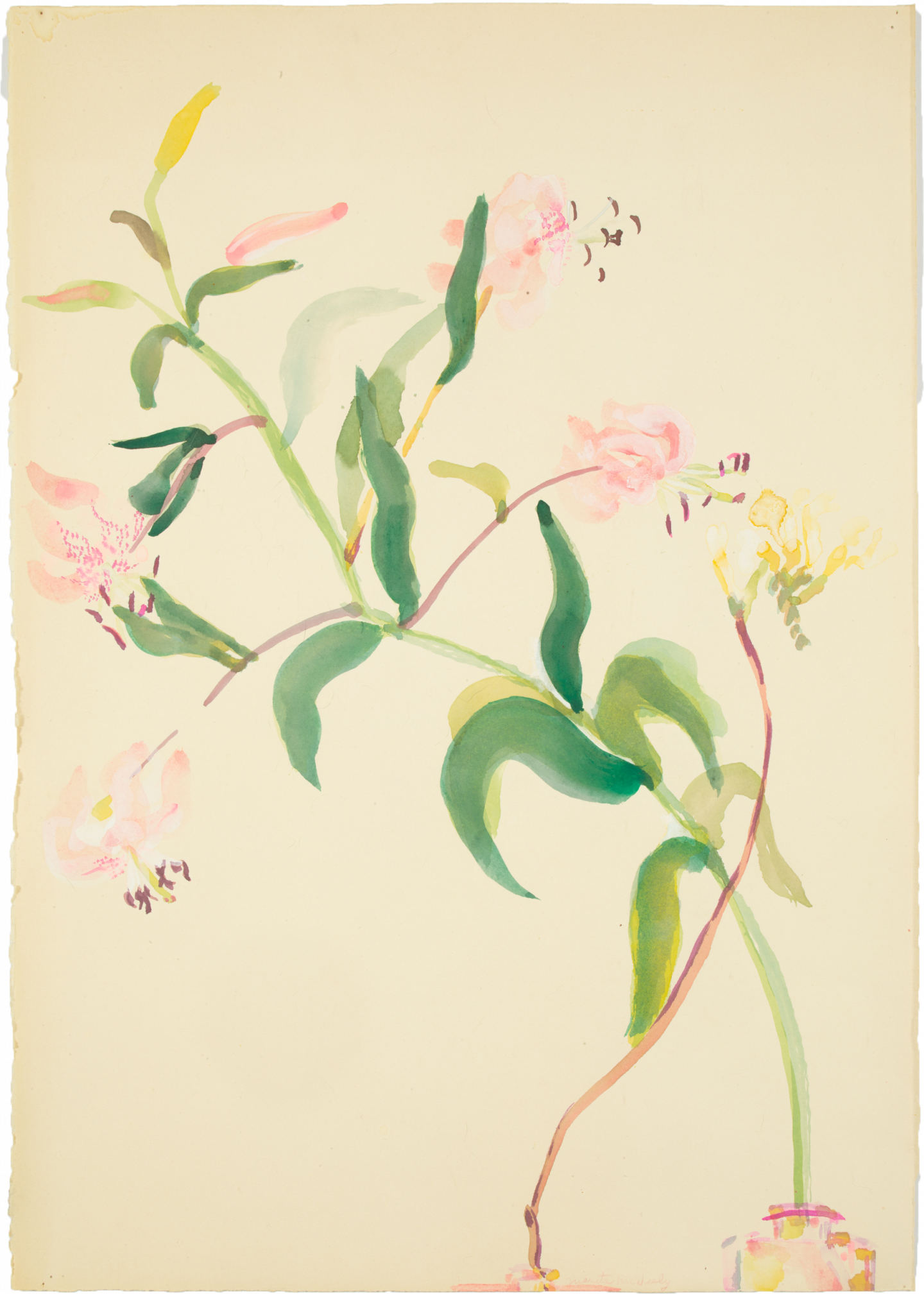 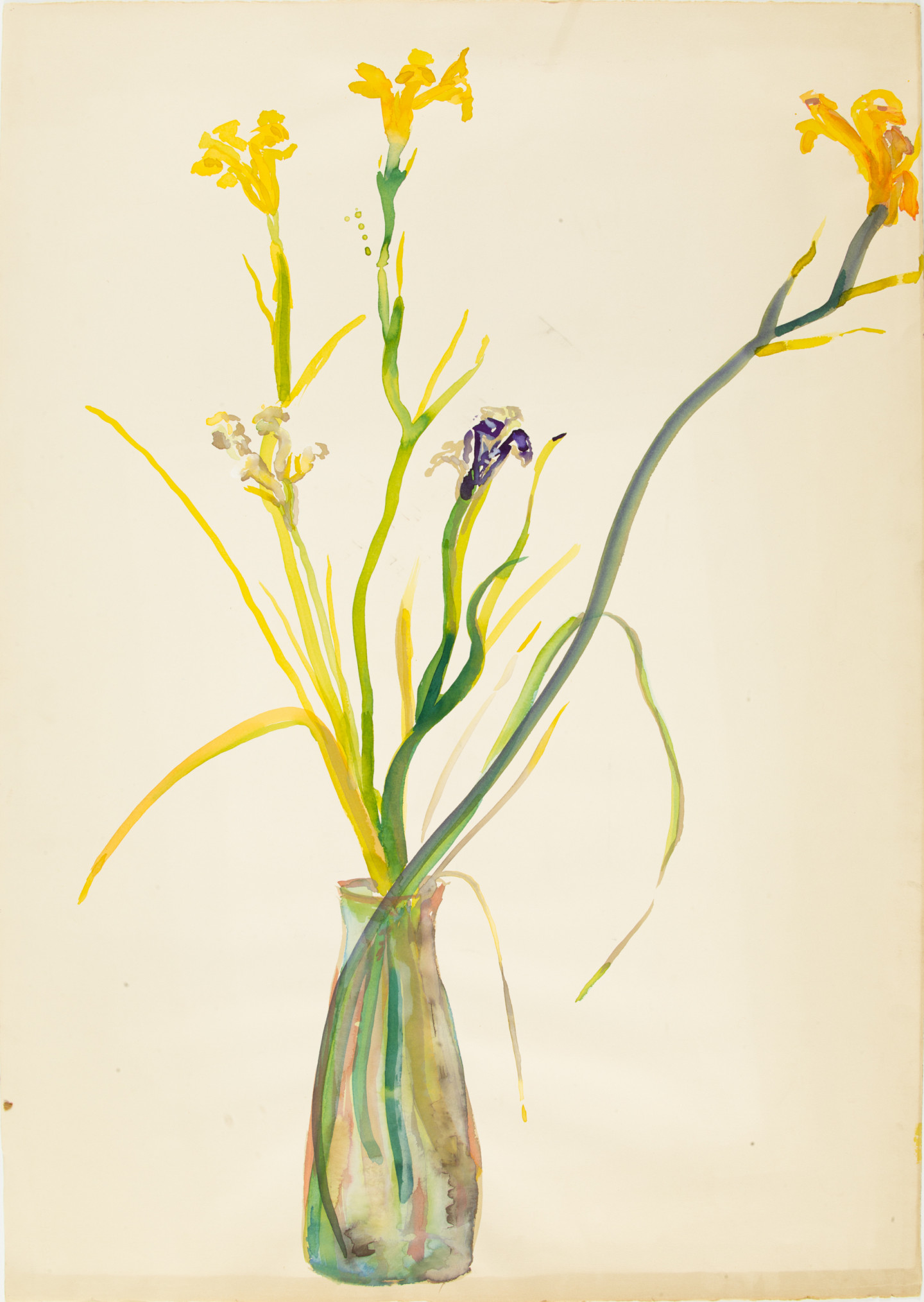 “I'm as interested in what is going to happen next, on the other side.”—Juanita McNeely

Anchoring the large works for which Juanita McNeely is known, the artist's works on paper offer an entirely other, intimate perspective to her paintings. McNeely’s sketches and watercolors on paper represent the bridge between her sharp observations of life in progress and the transfer of these visions into her paintings on canvas and linen, sometimes spanning across multiple panels. And while McNeely’s work is by nature figurative—most recognizably depicting the human body in states of pain, pleasure, angst, and calm—this presentation of watercolors on paper bring to light a private, reflective corner of her practice, recording the changing figures of cut flowers that have been present in her home and studio. For McNeely, flowers carry a distinct beauty and personal significance in their continual cycling through flourish and decay.

In these ways, both in subject and method, these works offer a key to her larger oeuvre: “Ultimately the work comes completely from her imagination. Interestingly, this painter of large works liked to do many thumbnail sketches on small pieces of paper, finding the contrast stimulating between one scale and another. Juanita would use a reducing lens to go over the results, comparing the two.”—excerpted from Sharyn Finnegan’s new text on the artist’s work in JFP05: Juanita McNeely, out now from James Fuentes Press.

Juanita McNeely (b. 1936) was the subject of Indomitable Spirit, a career survey curated by Susan Metrican at Brandeis University’s Women’s Study Research Center in 2014. McNeely was part of the Fight Censorship group founded in 1973 by Anita Steckel, alongside Judith Bernstein, Louise Bourgeois, Martha Edelheit, Joan Semmel, Hannah Wilke, and Eunice Golden, among others; as well as Women Artists in Revolution (W.A.R.), Redstockings, and other groups. She has exhibited at venues including the Queens Museum, Art Institute of Chicago, Philadelphia Museum of Art, and Gemeentemuseum in The Hague, among others. McNeely received the Ellin P. Speyer Prize from the National Academy Museum, and honors from the Pollock-Krasner Foundation, the Gottlieb Foundation, and the New York State Council on the Arts. Her work is included in the collections of the Whitney Museum, Saint Louis Art Museum, the National Taiwan Museum of Fine Arts, and the Palacio de Bellas Artes in Mexico City, among others. Her nine-panel painting, Is it Real? Yes it is! (1969) will be on view from September 20 at the Whitney Museum, New York. 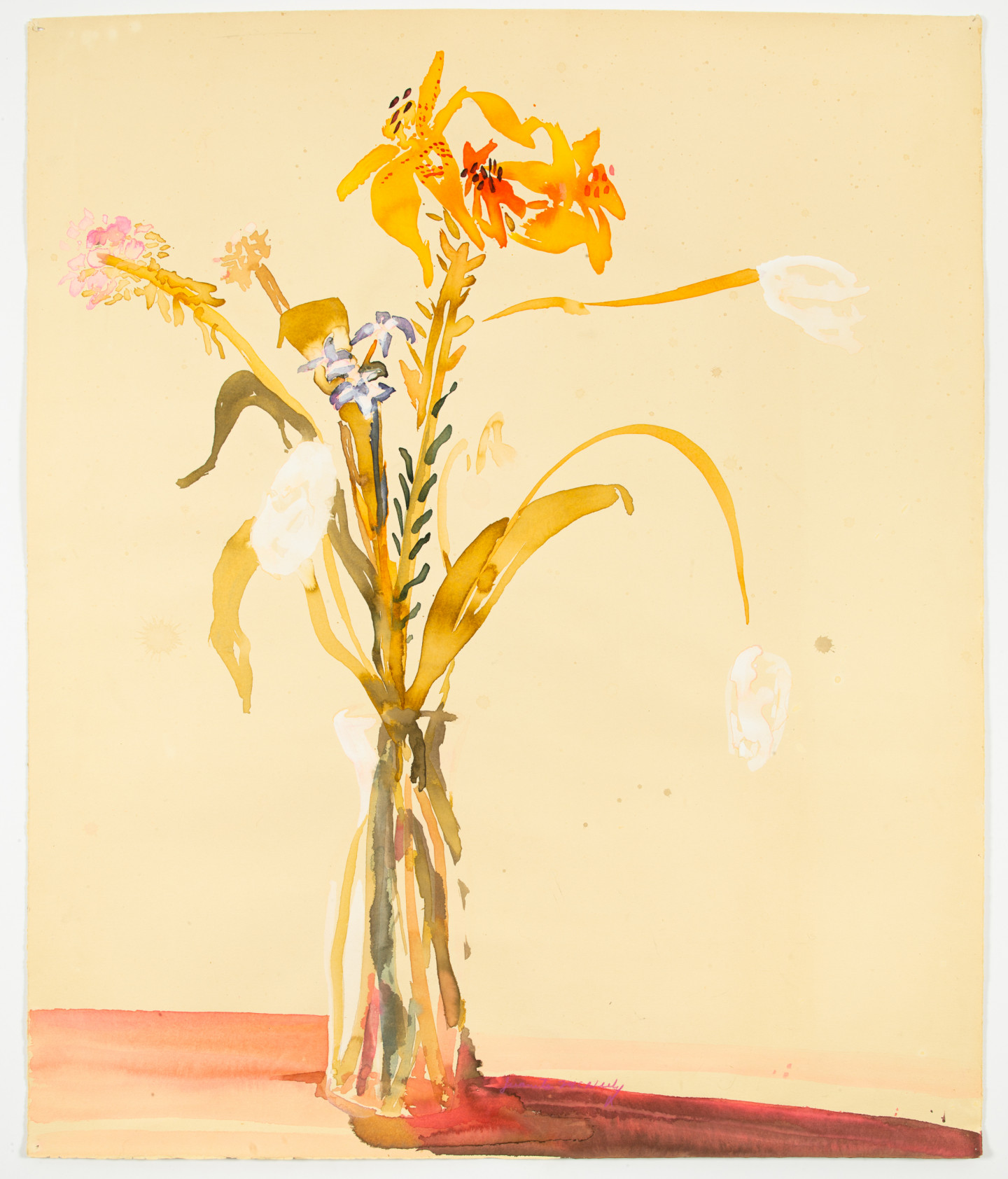 Juanita McNeely
Explain it all
1980s 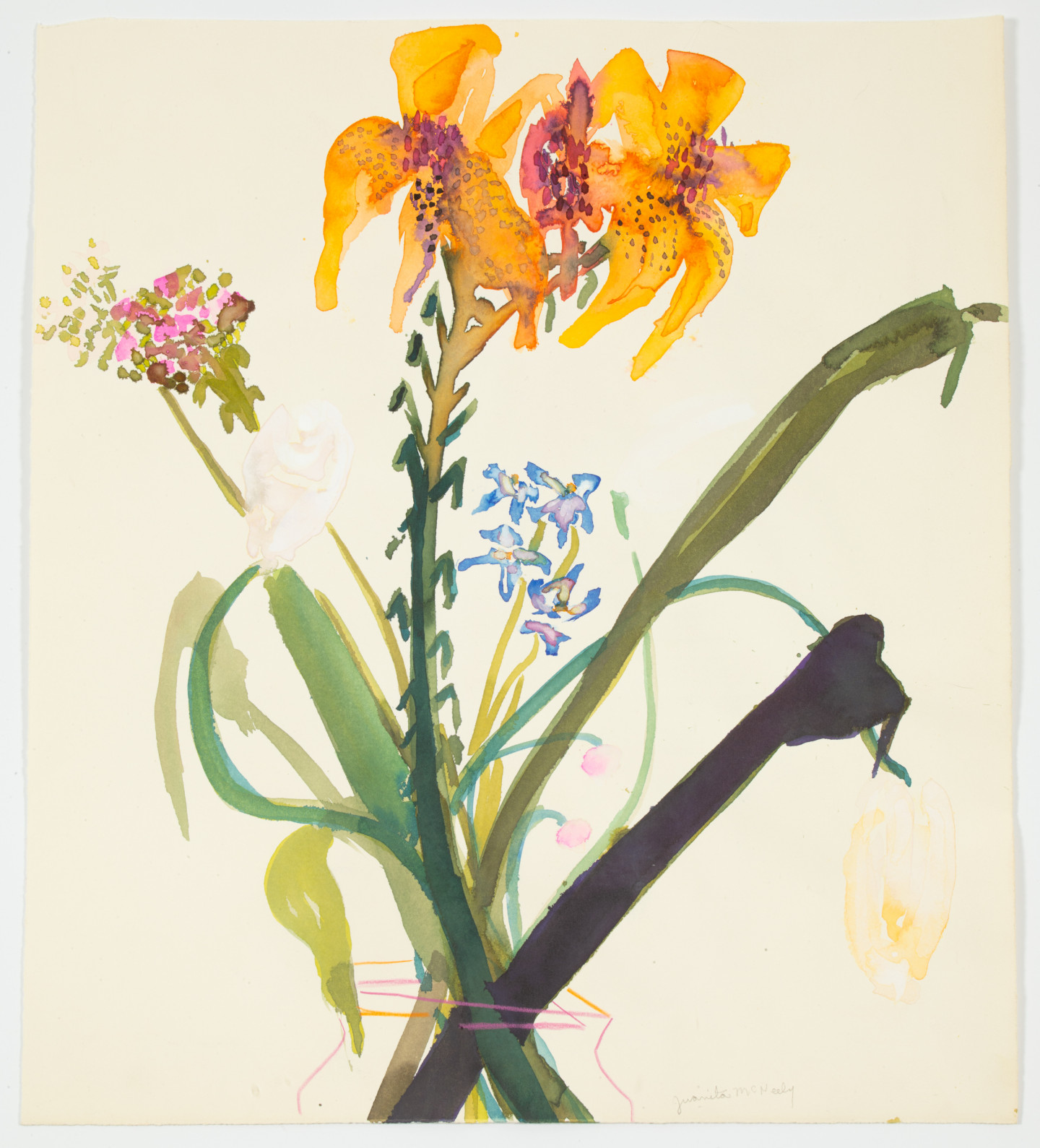 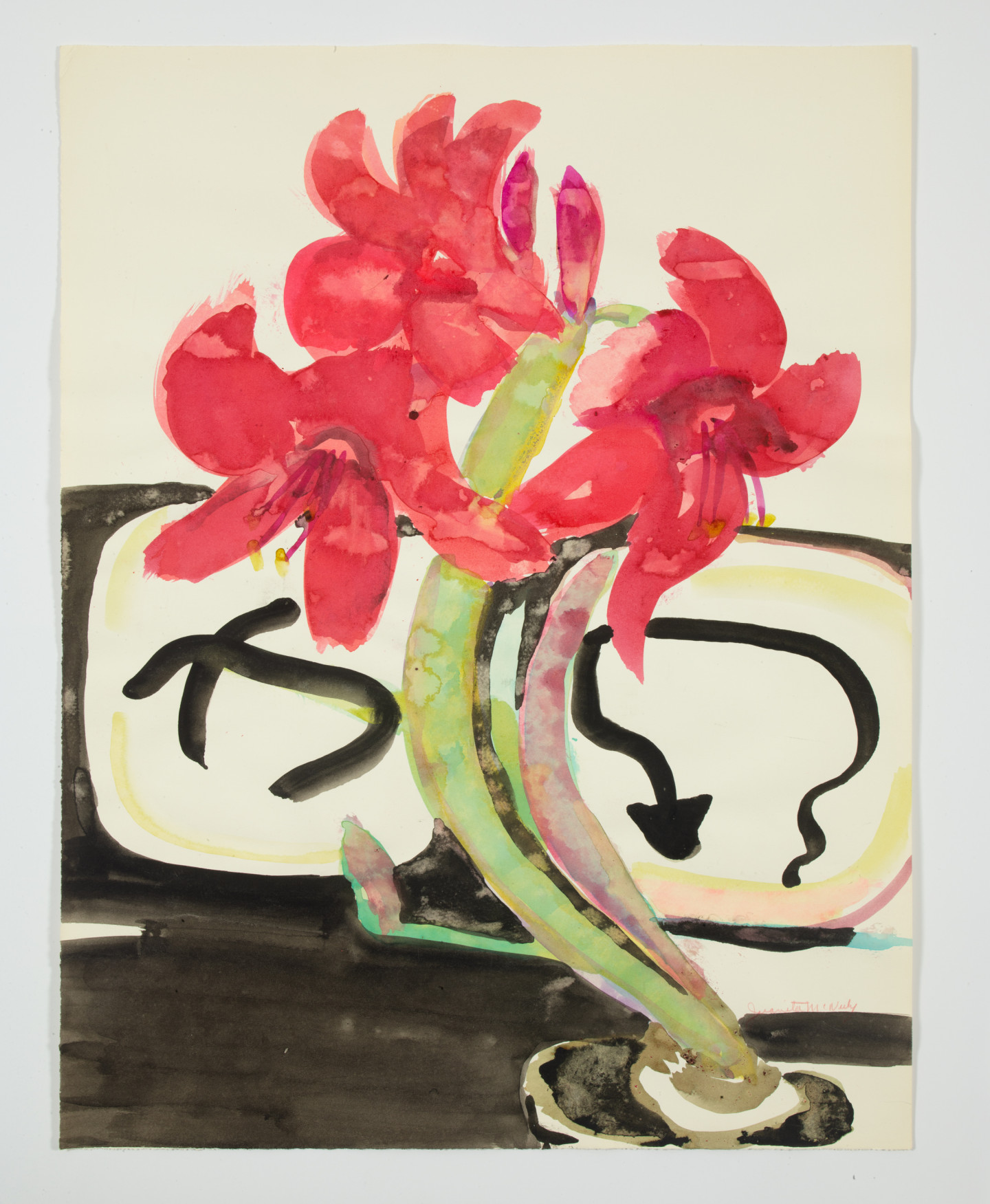 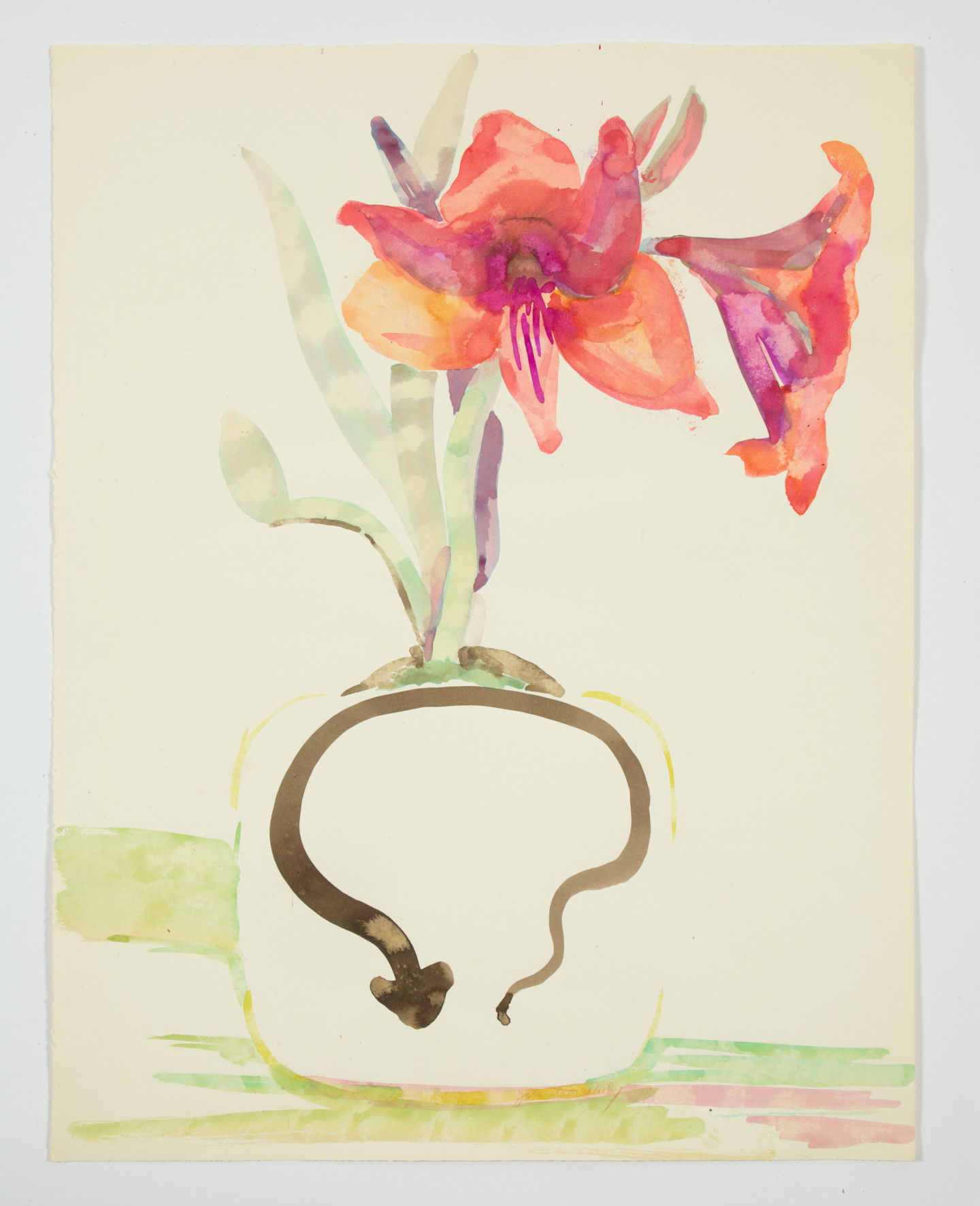 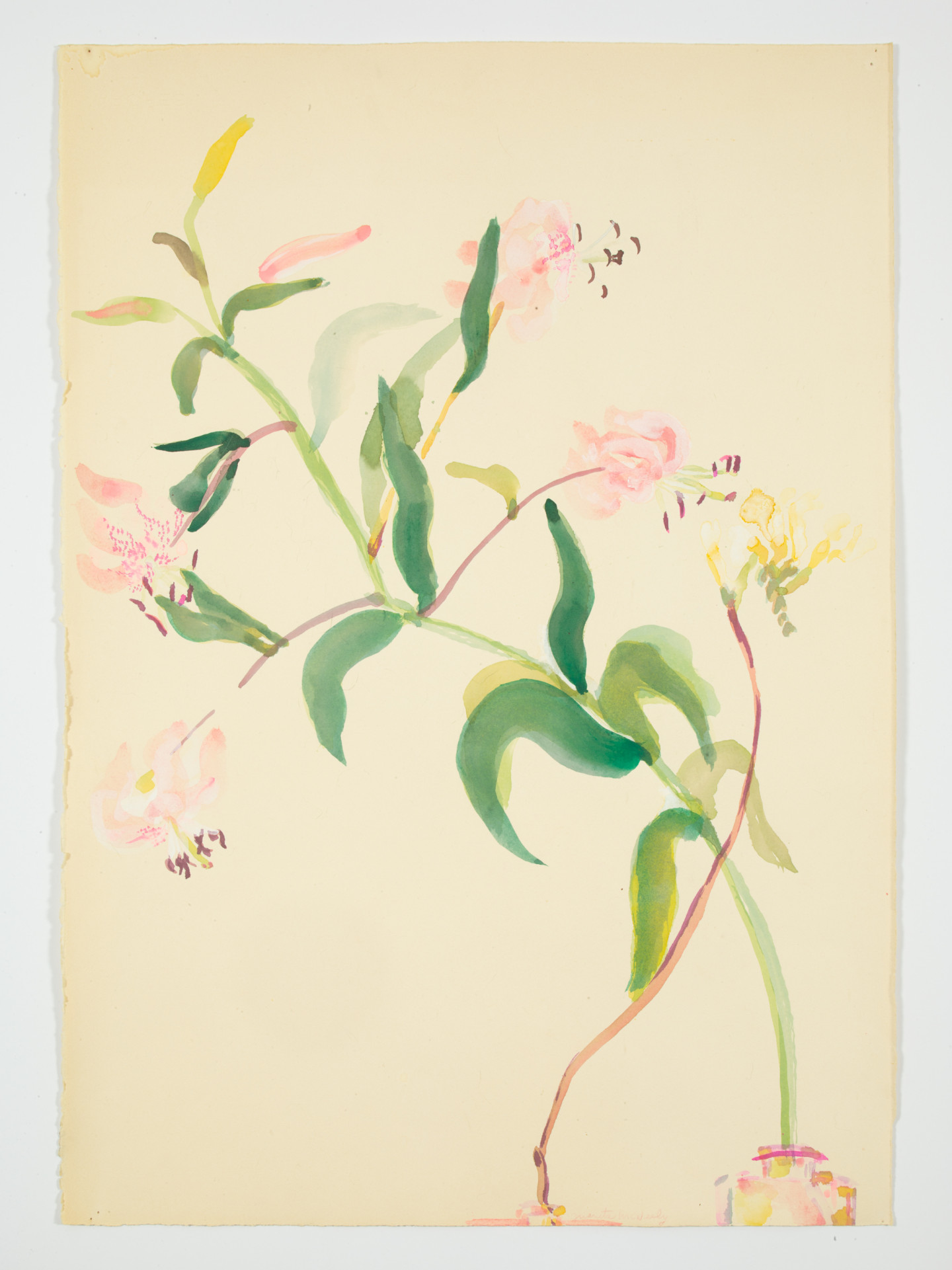 Juanita McNeely
She is living with me
1980s 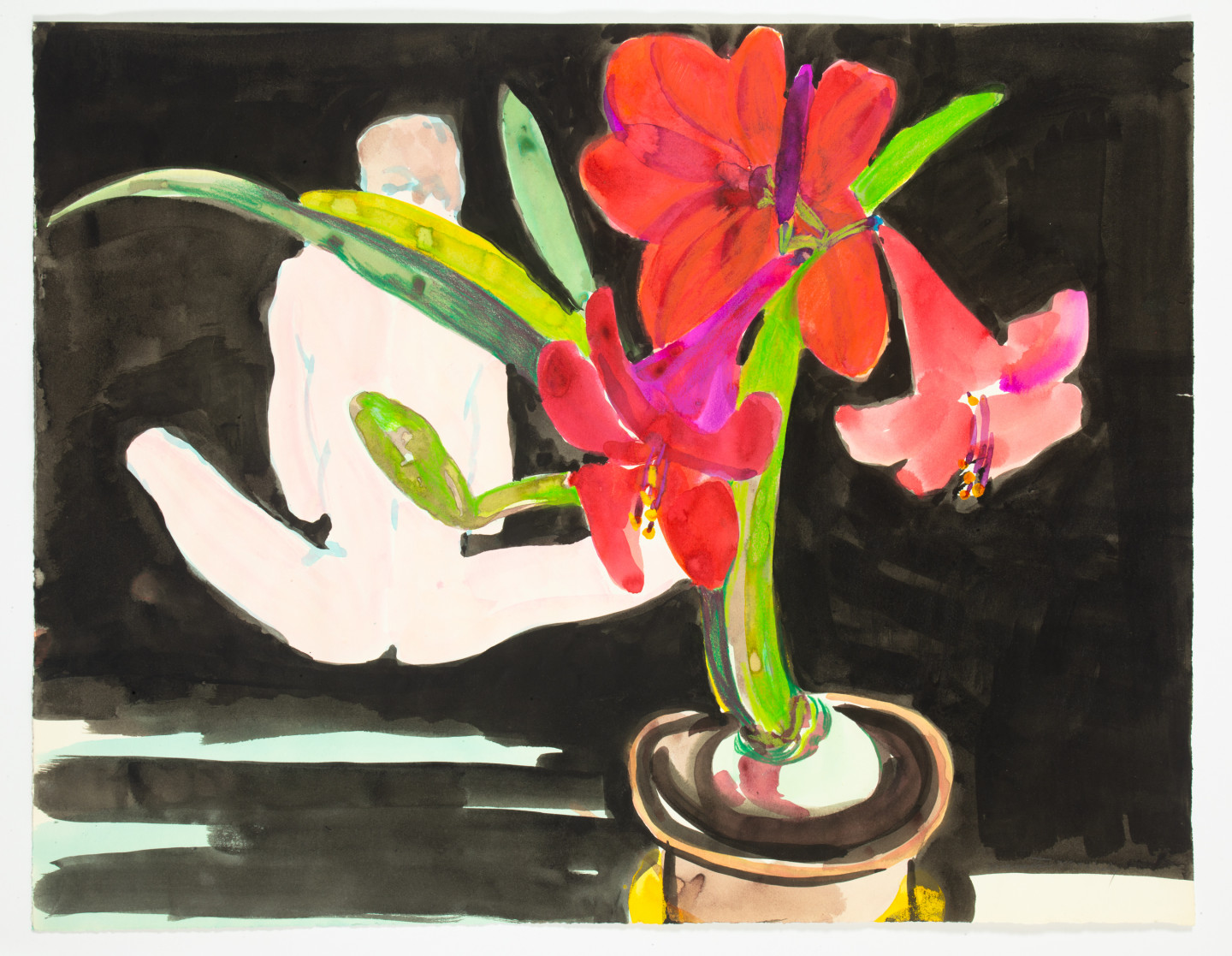 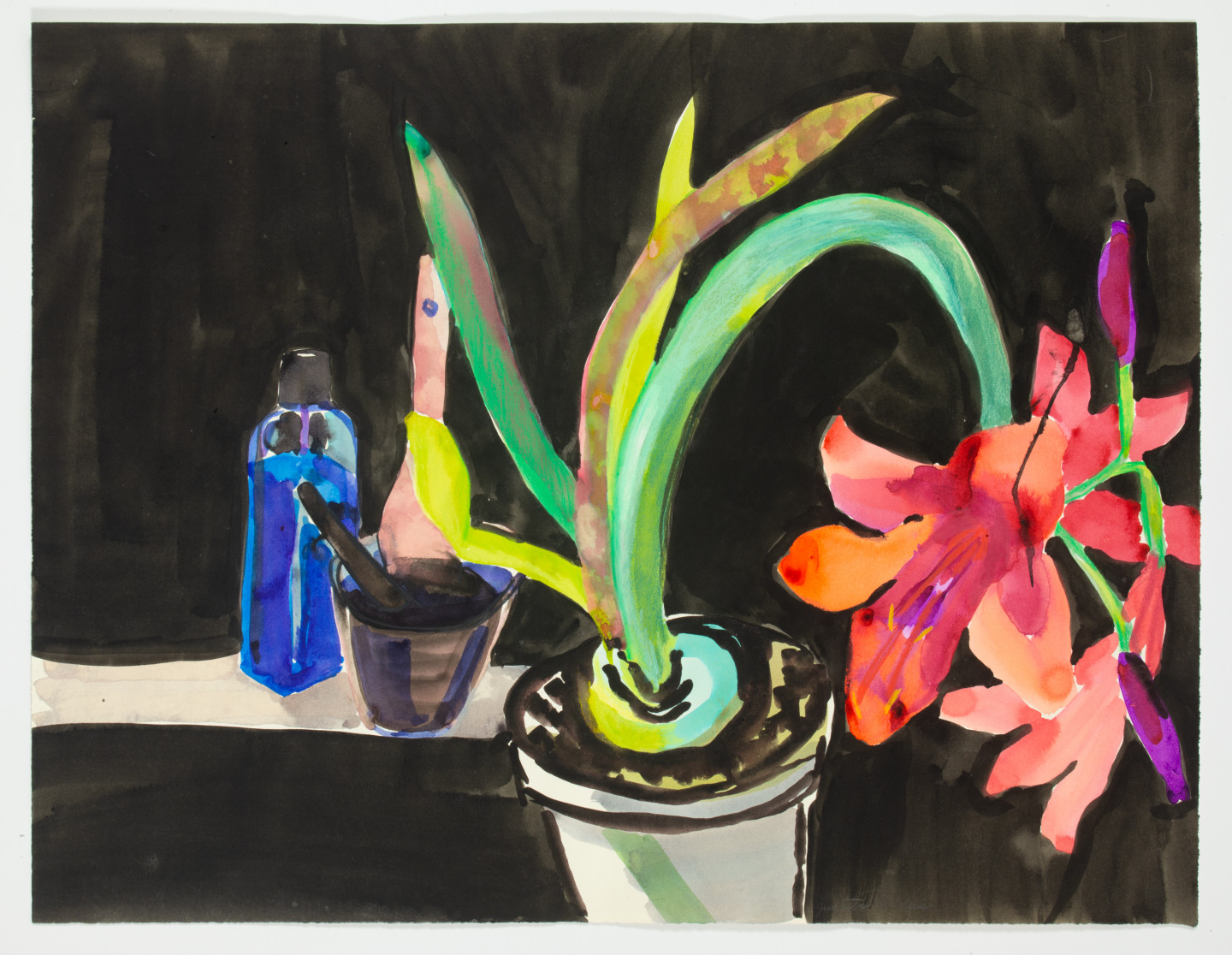 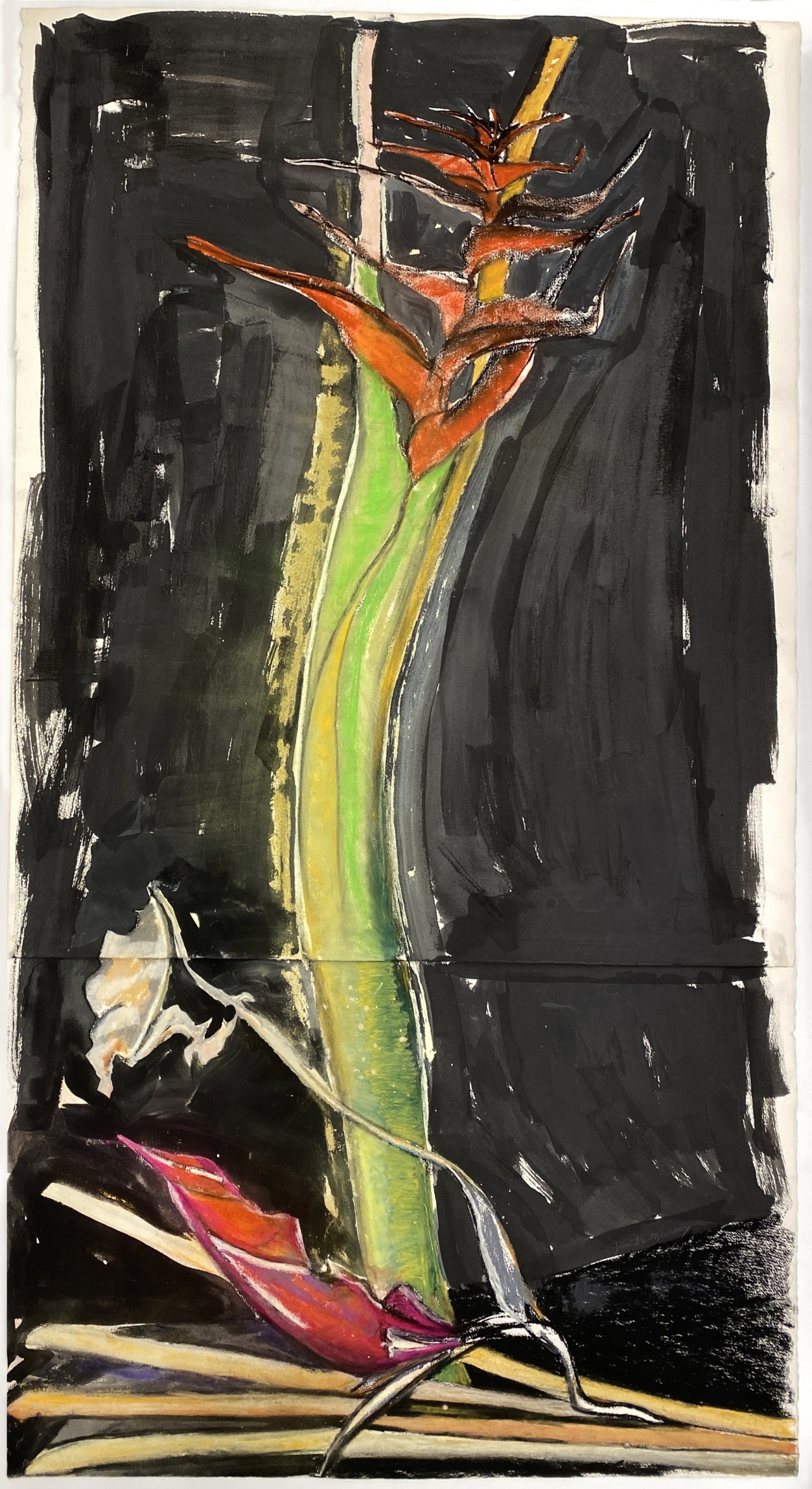 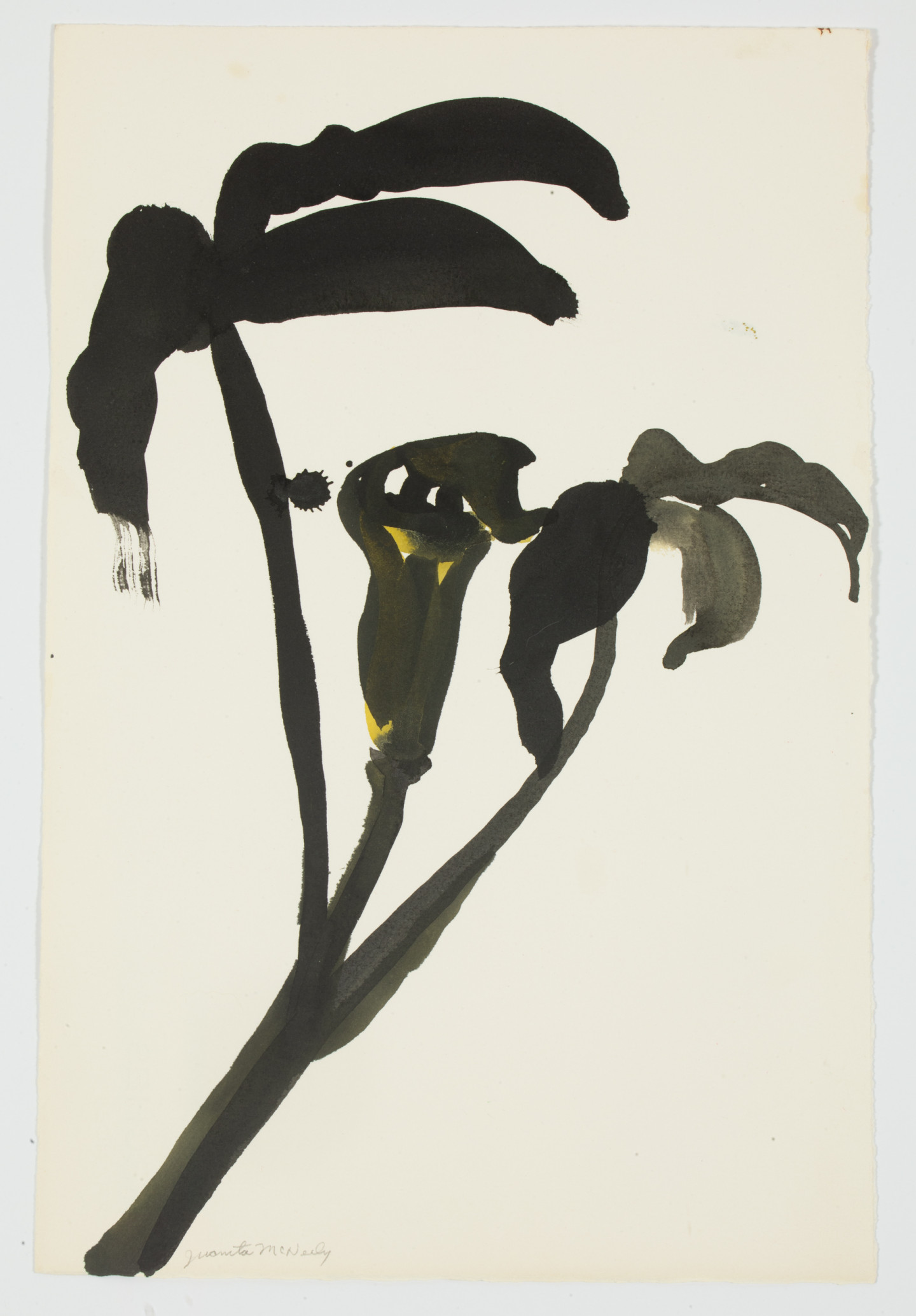 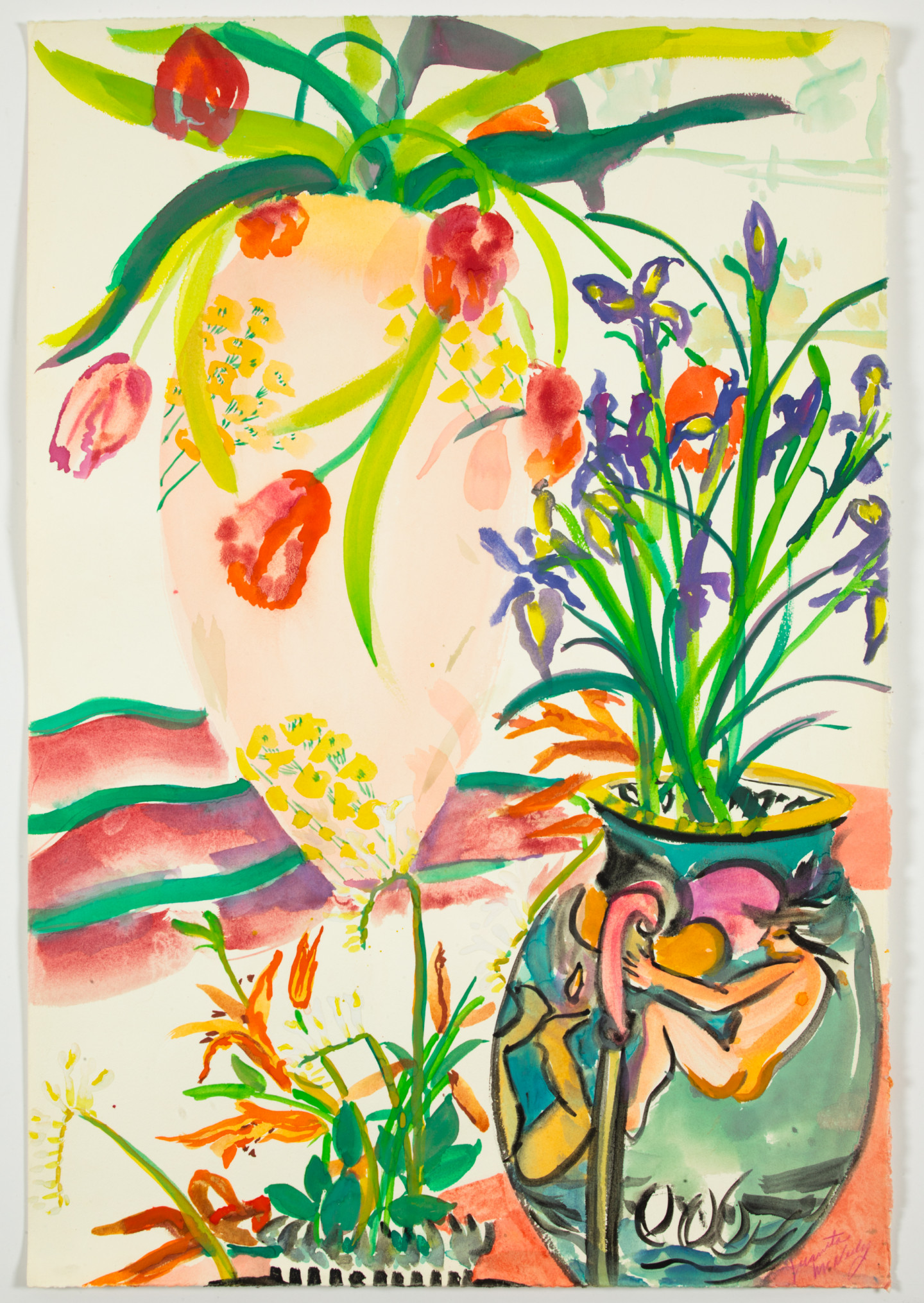 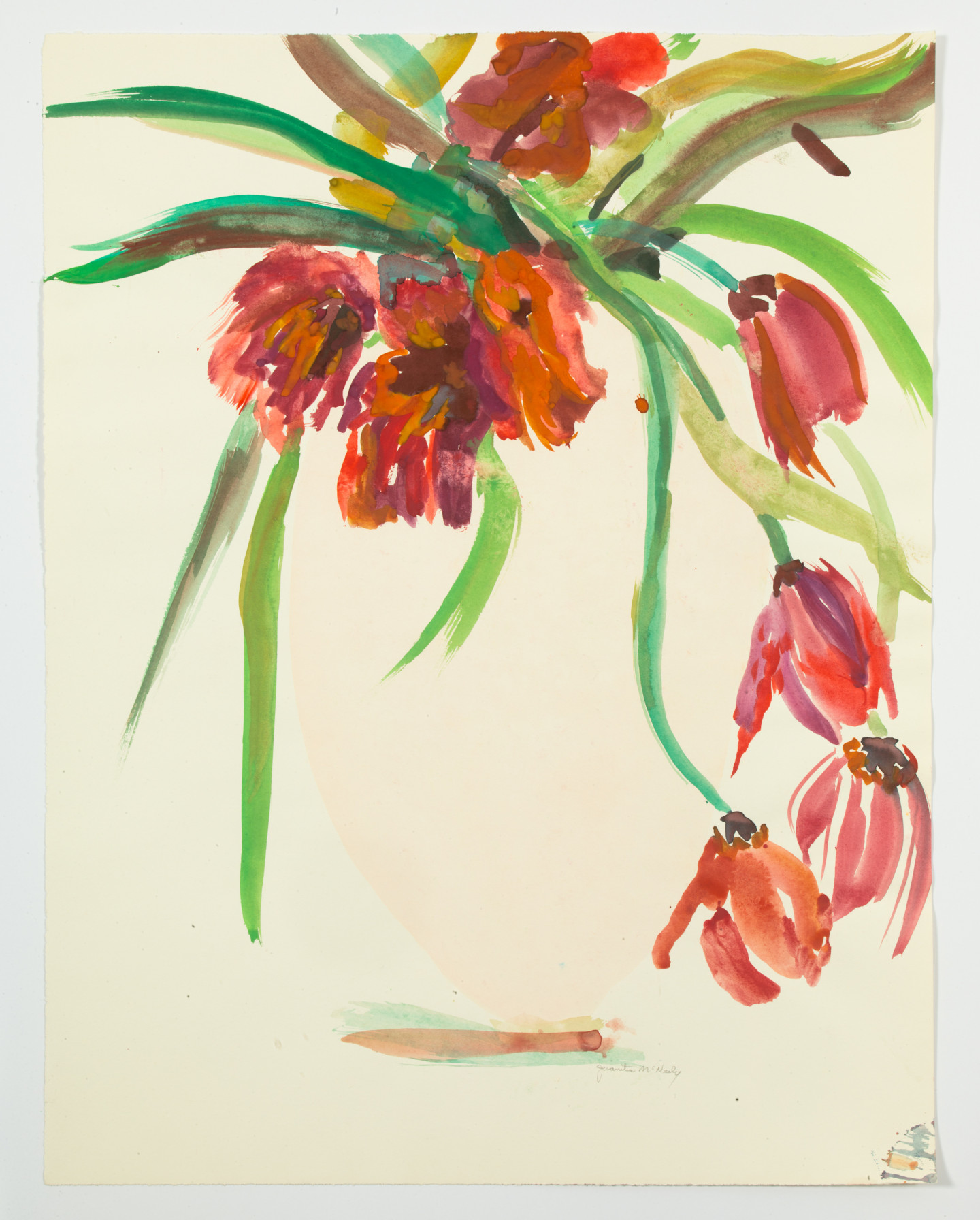 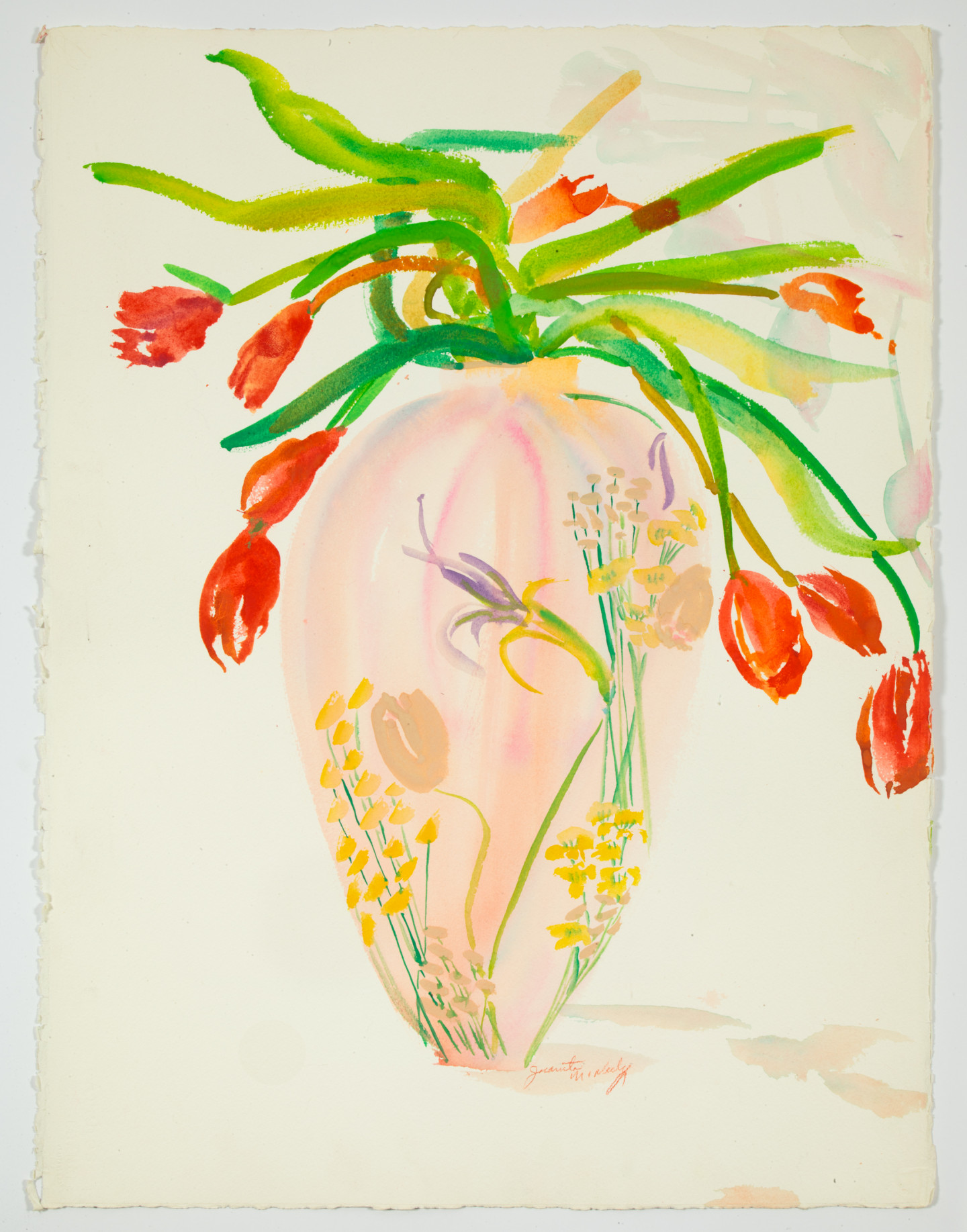 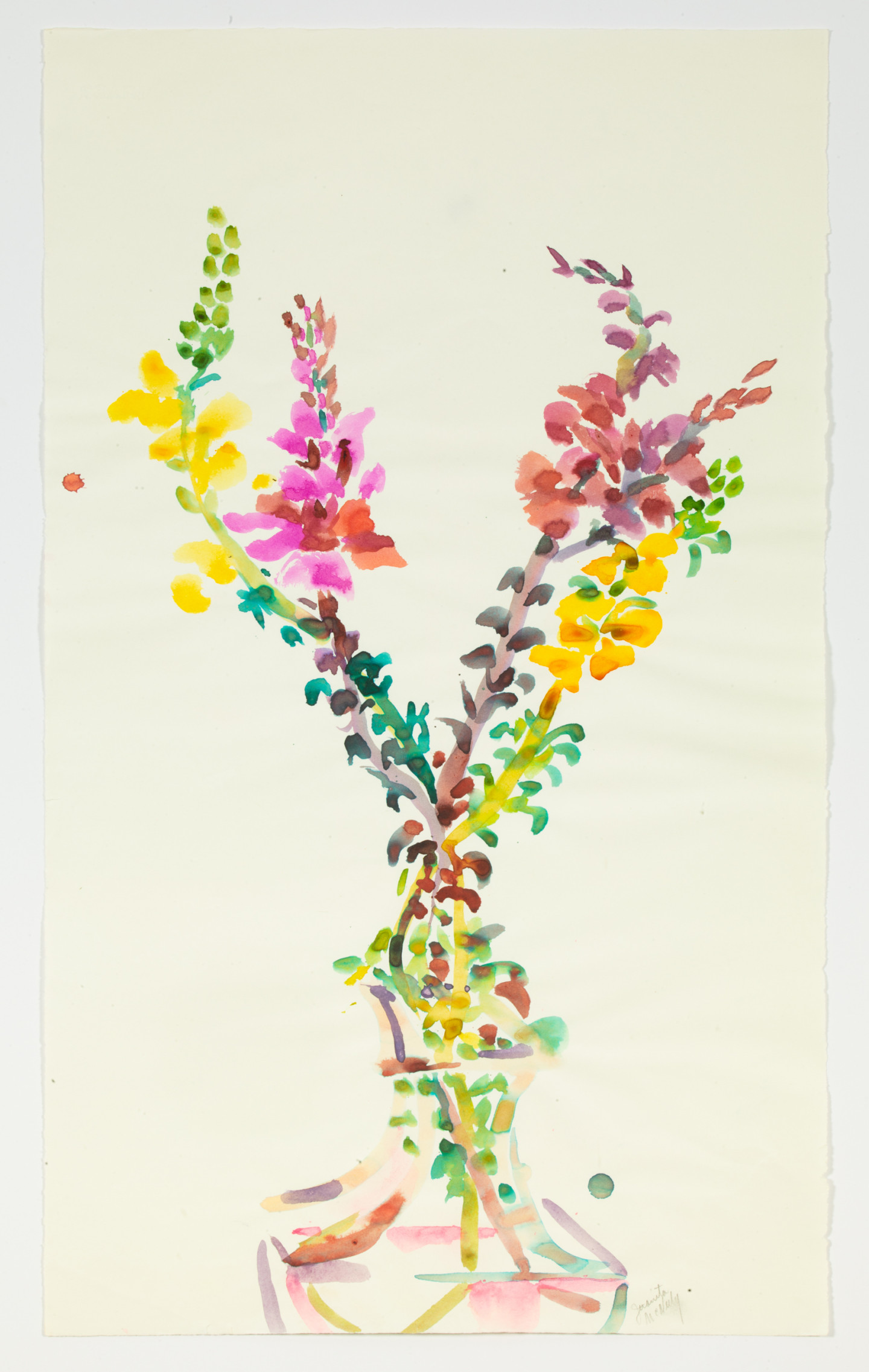 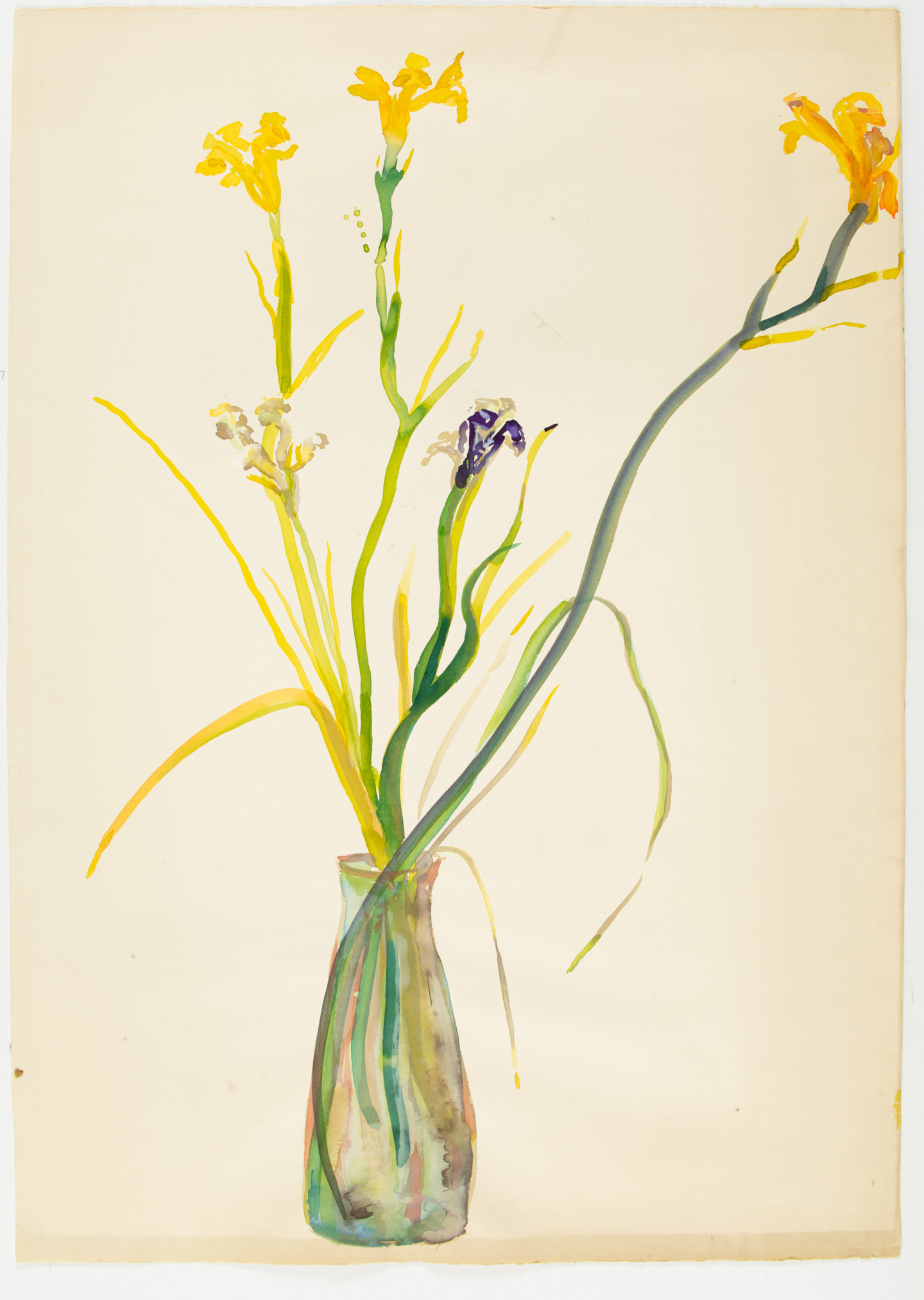