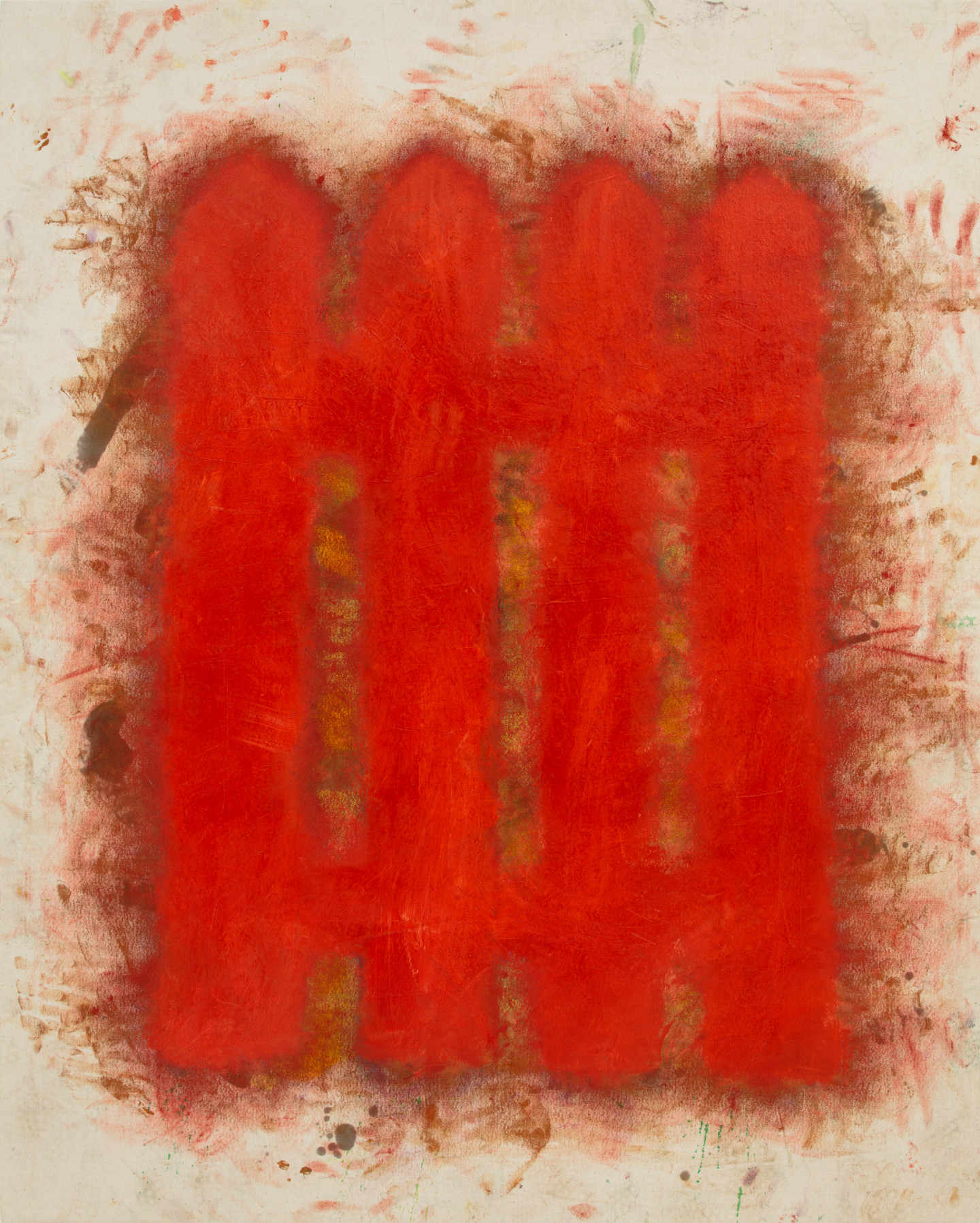 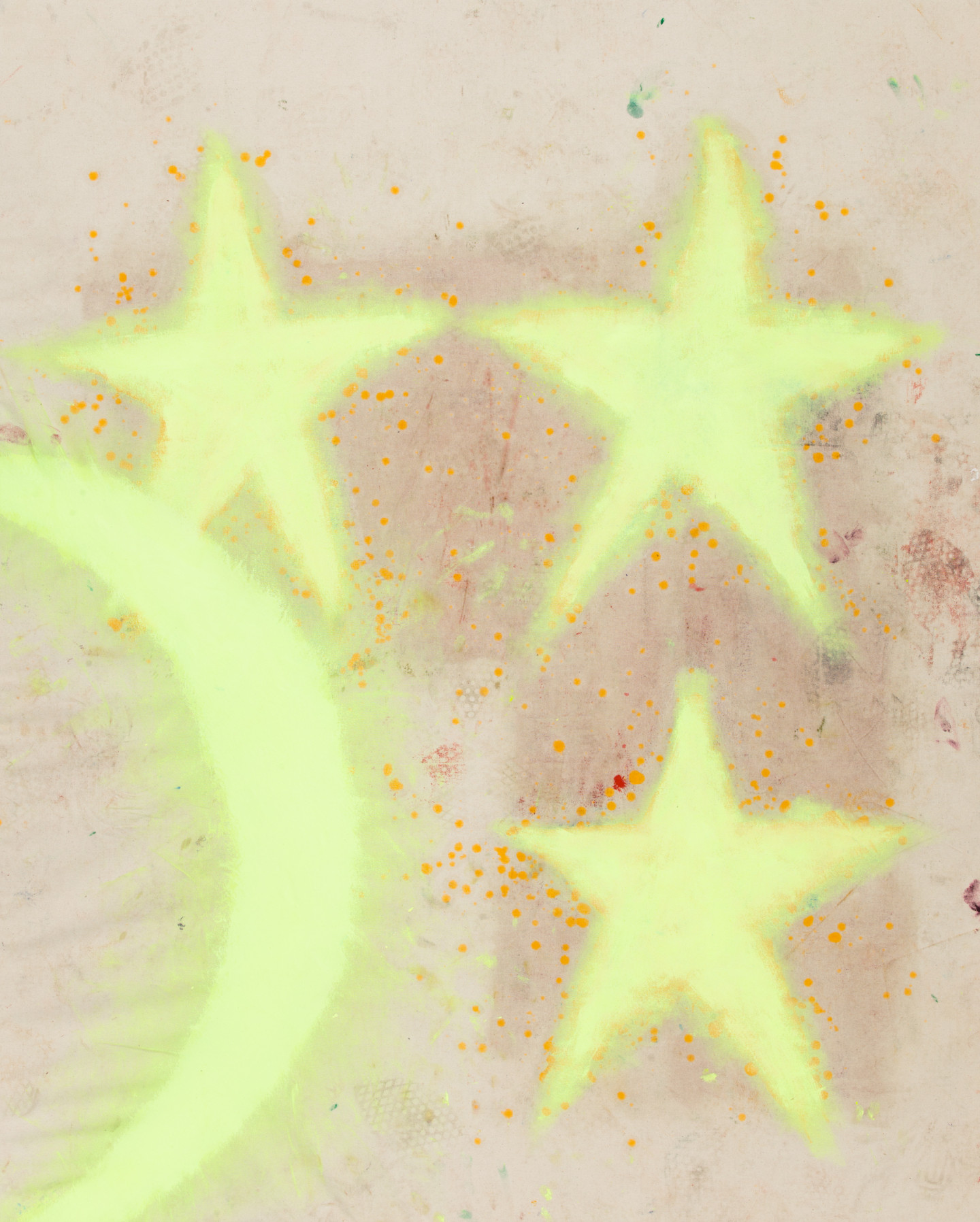 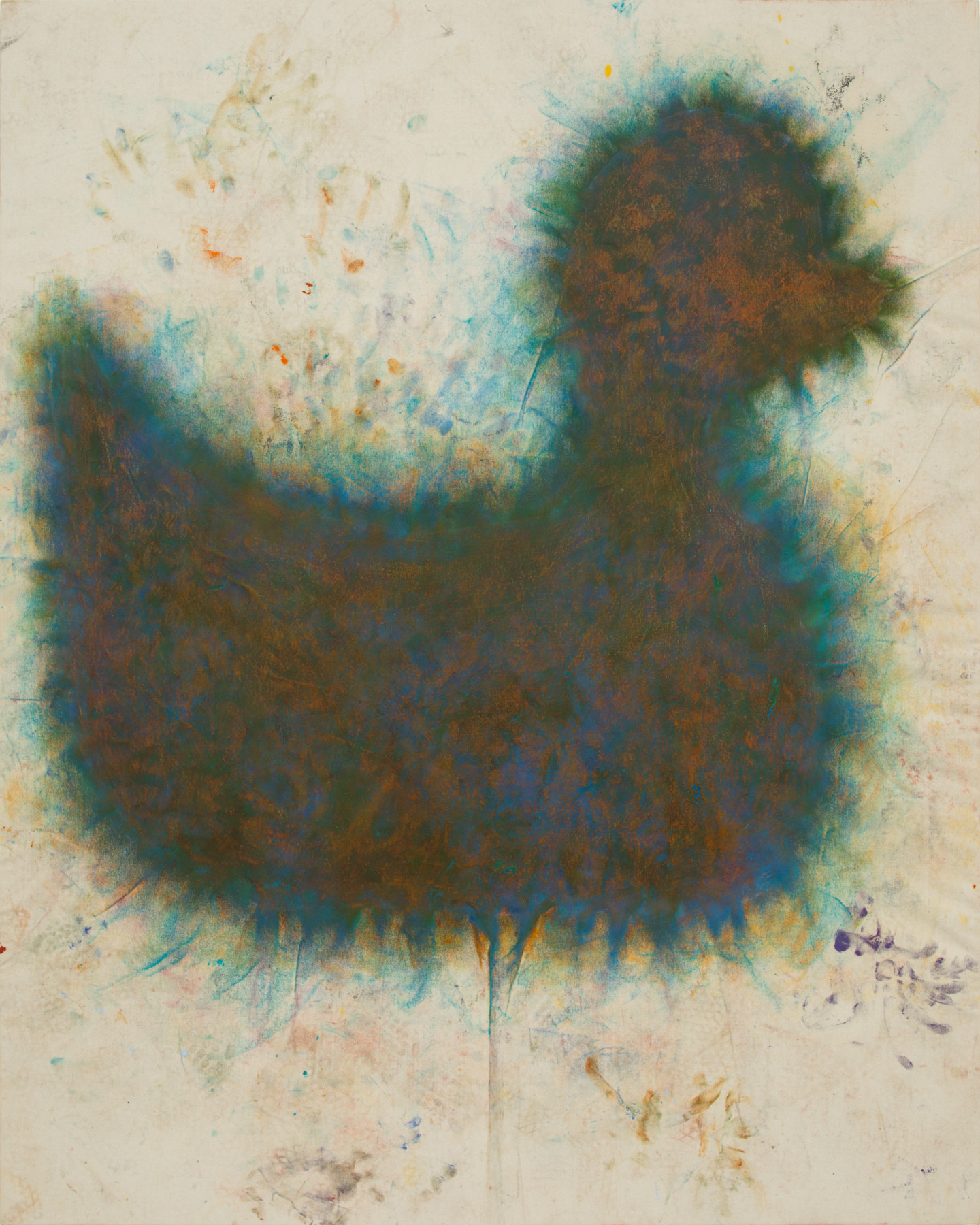 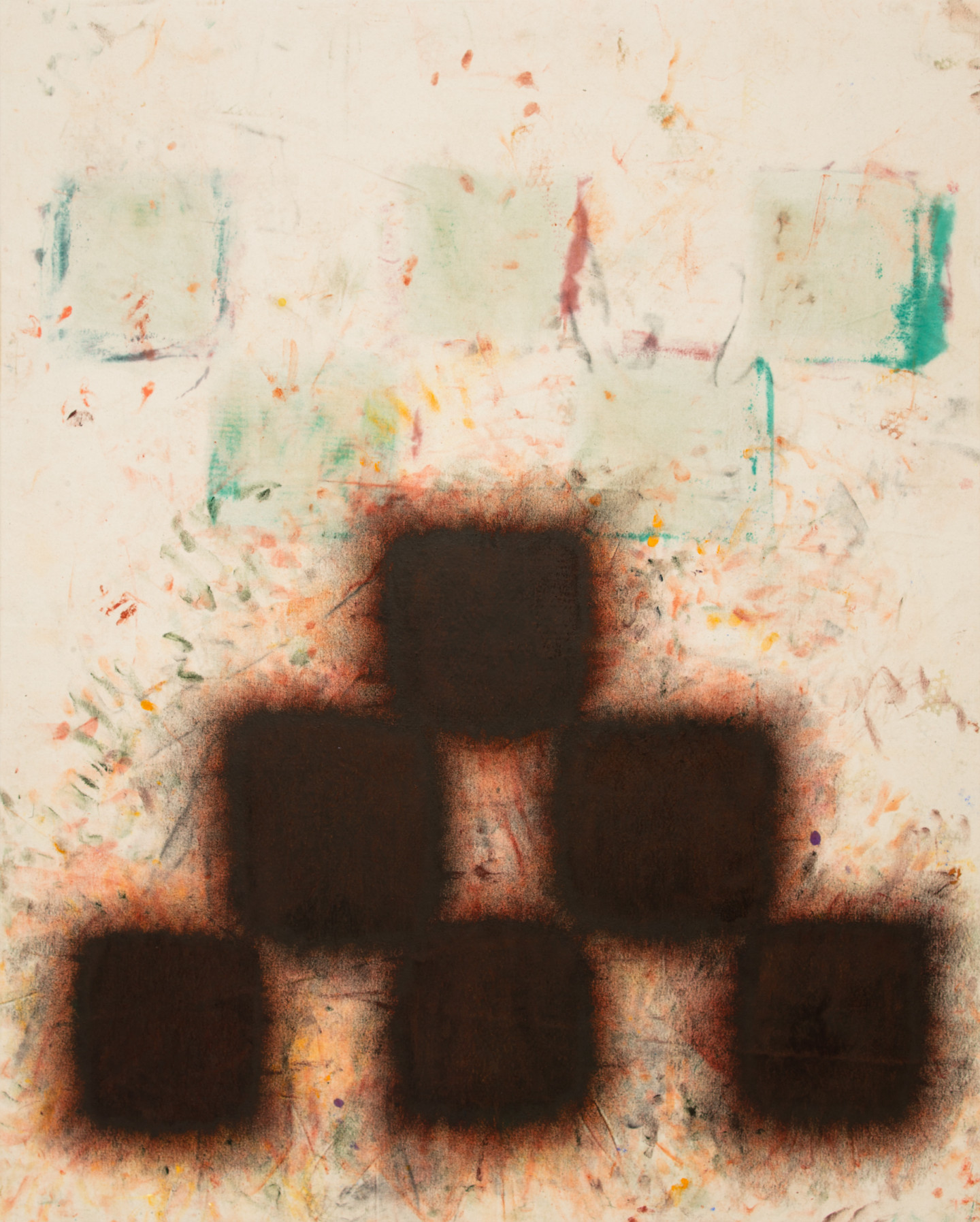 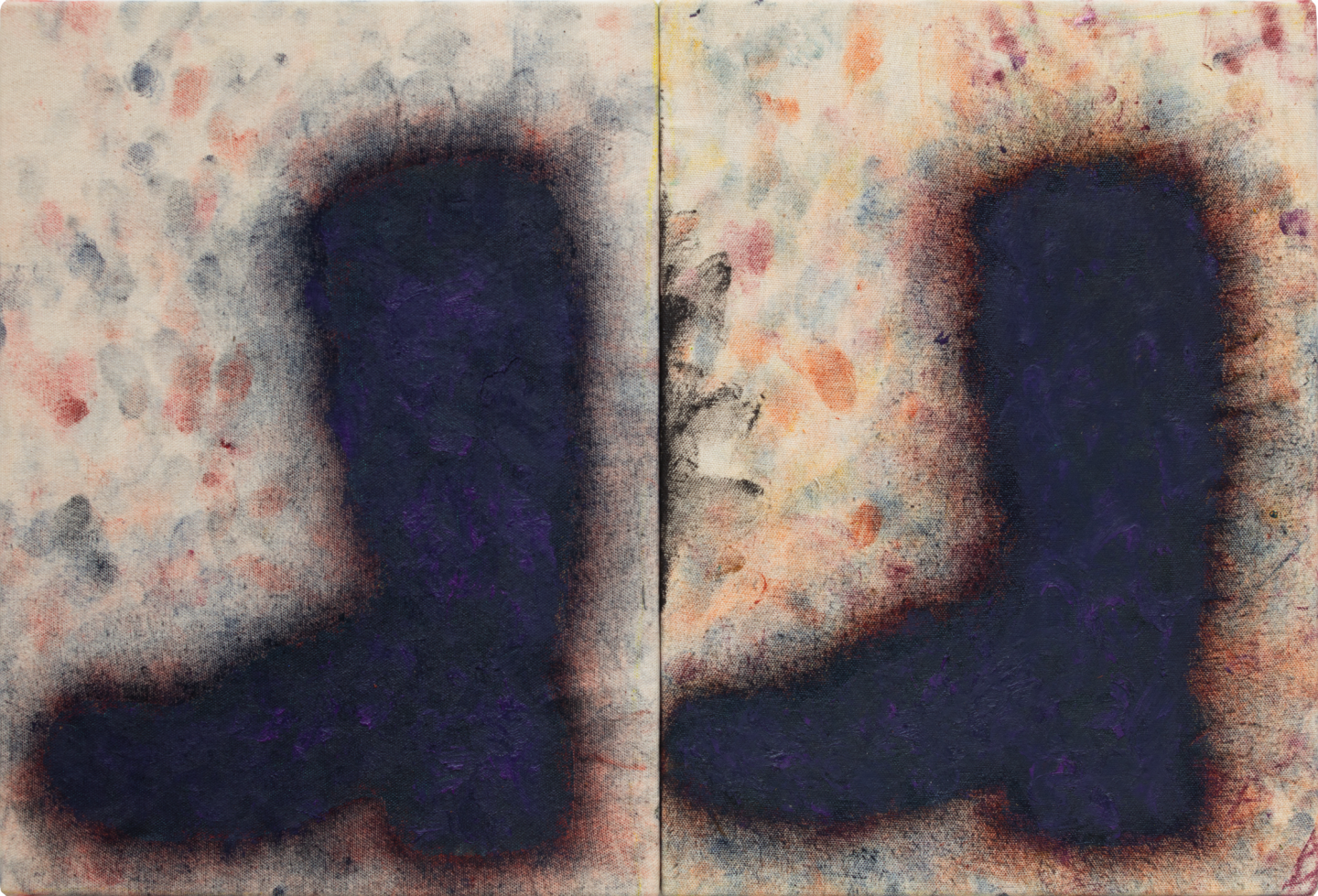 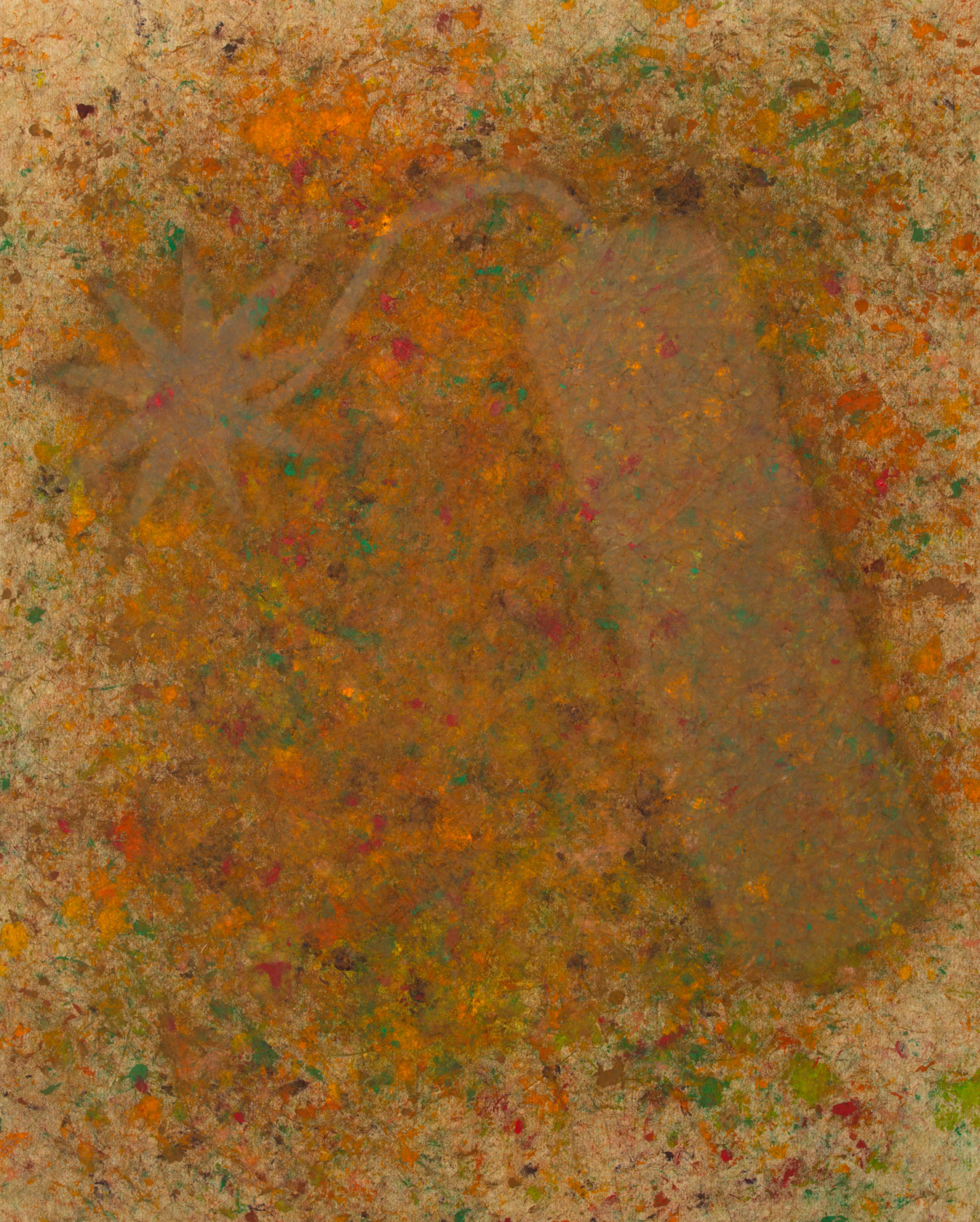 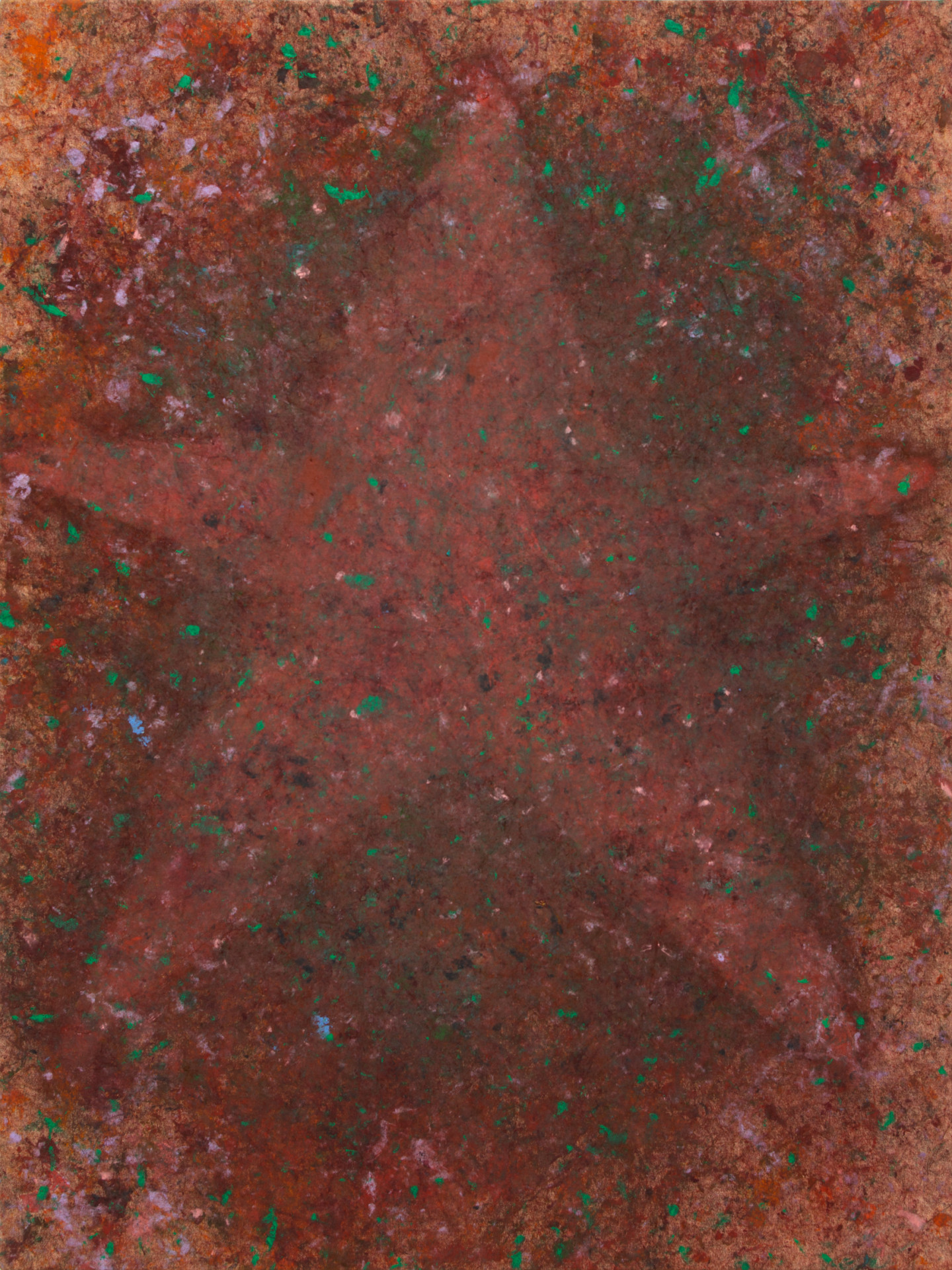 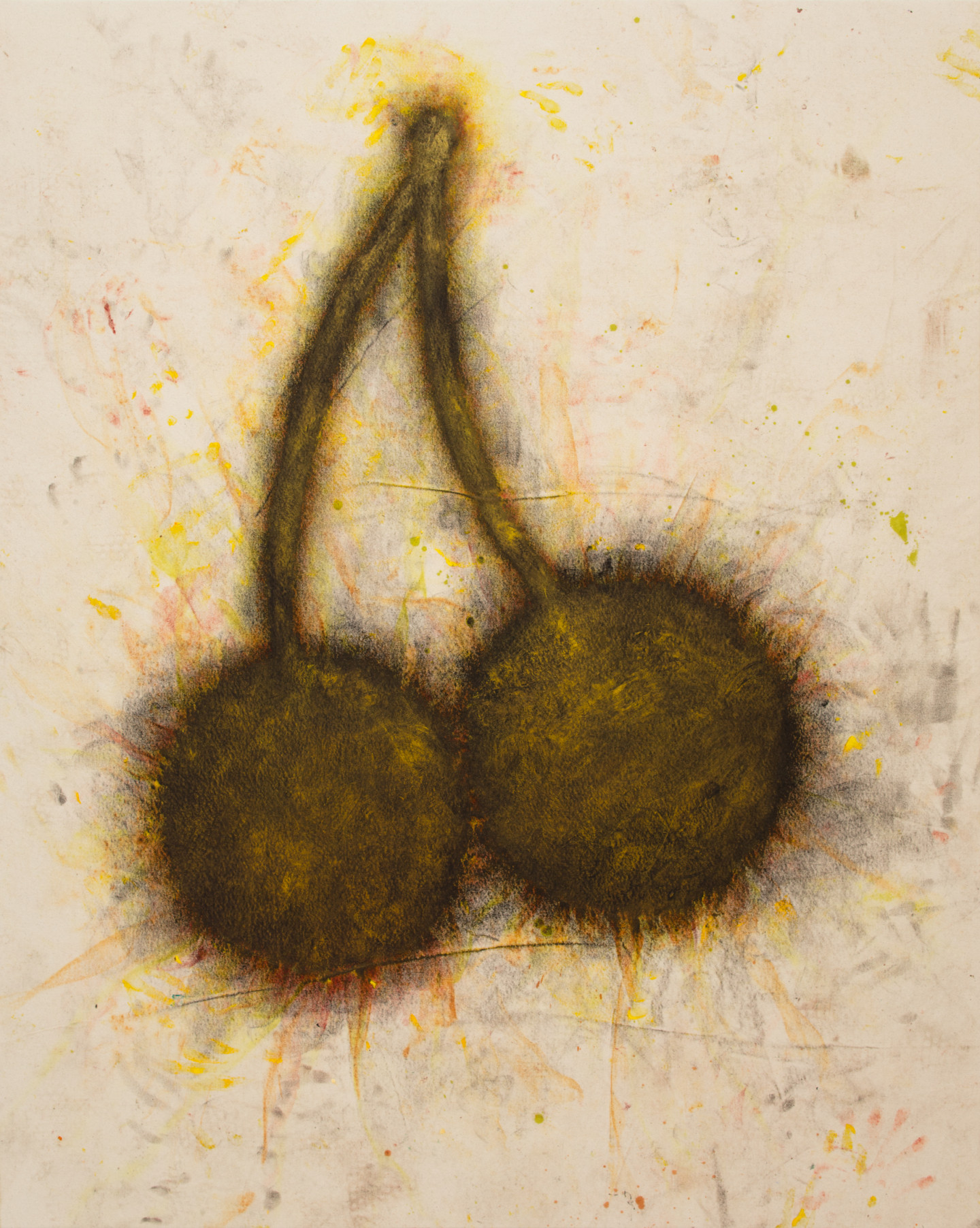 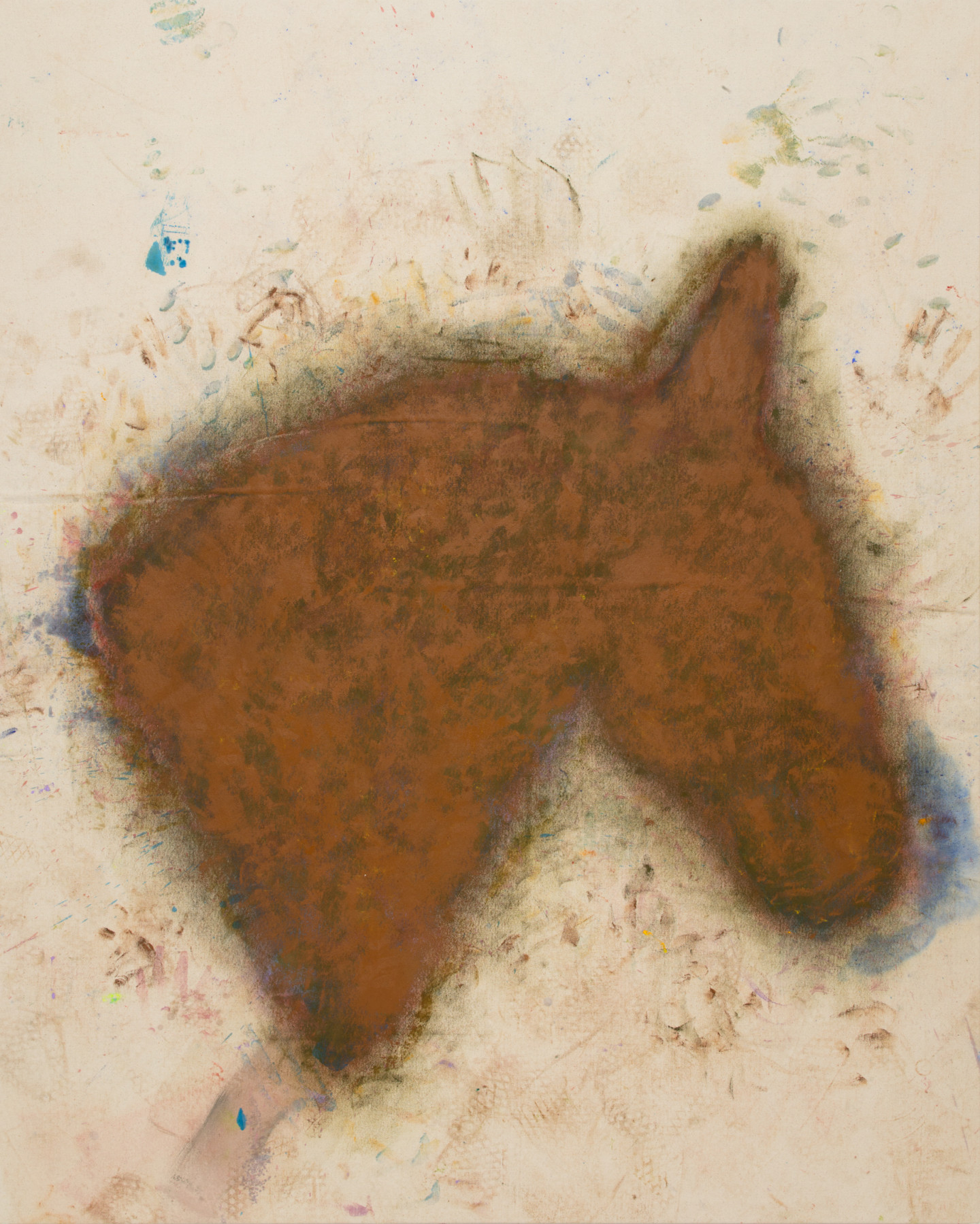 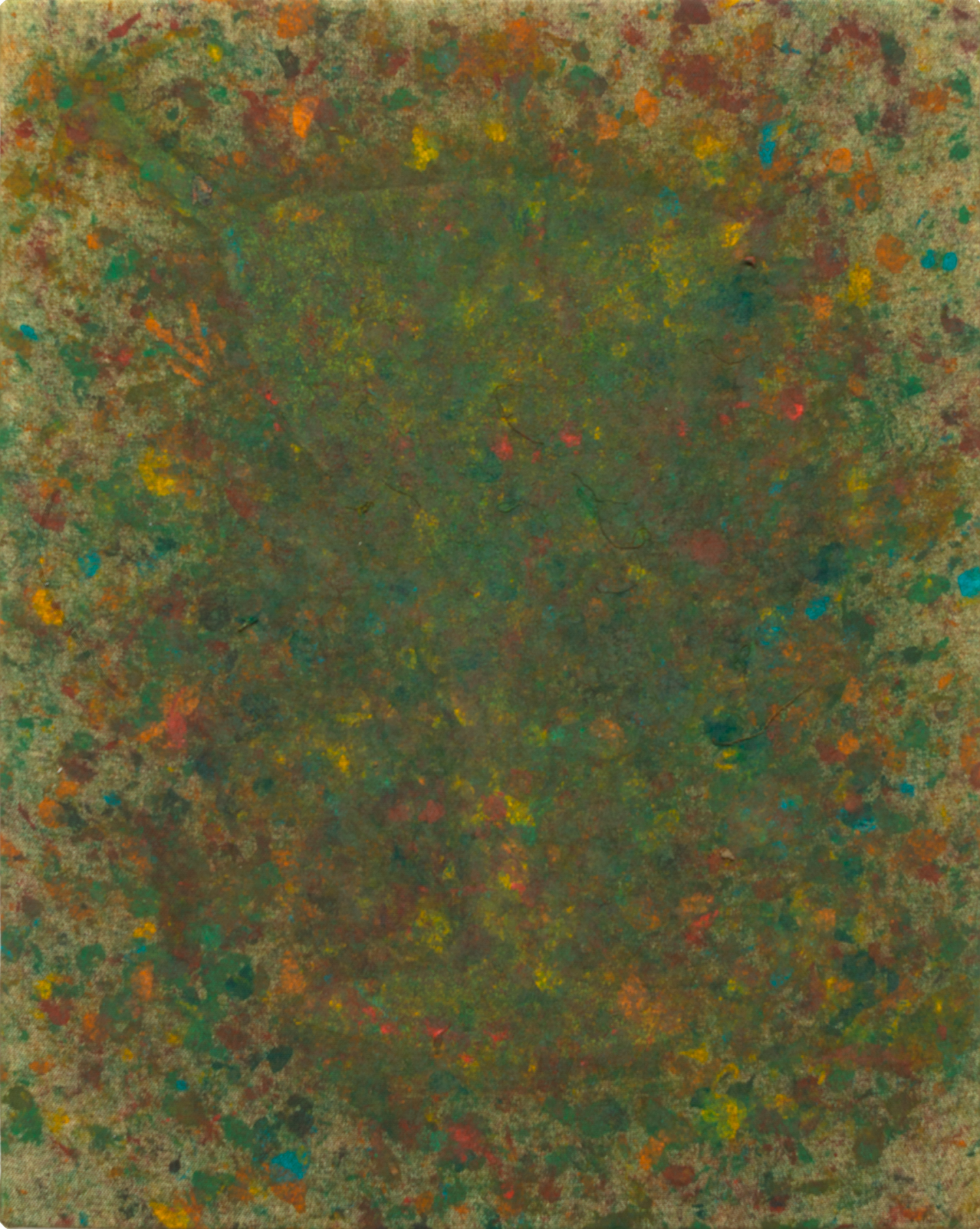 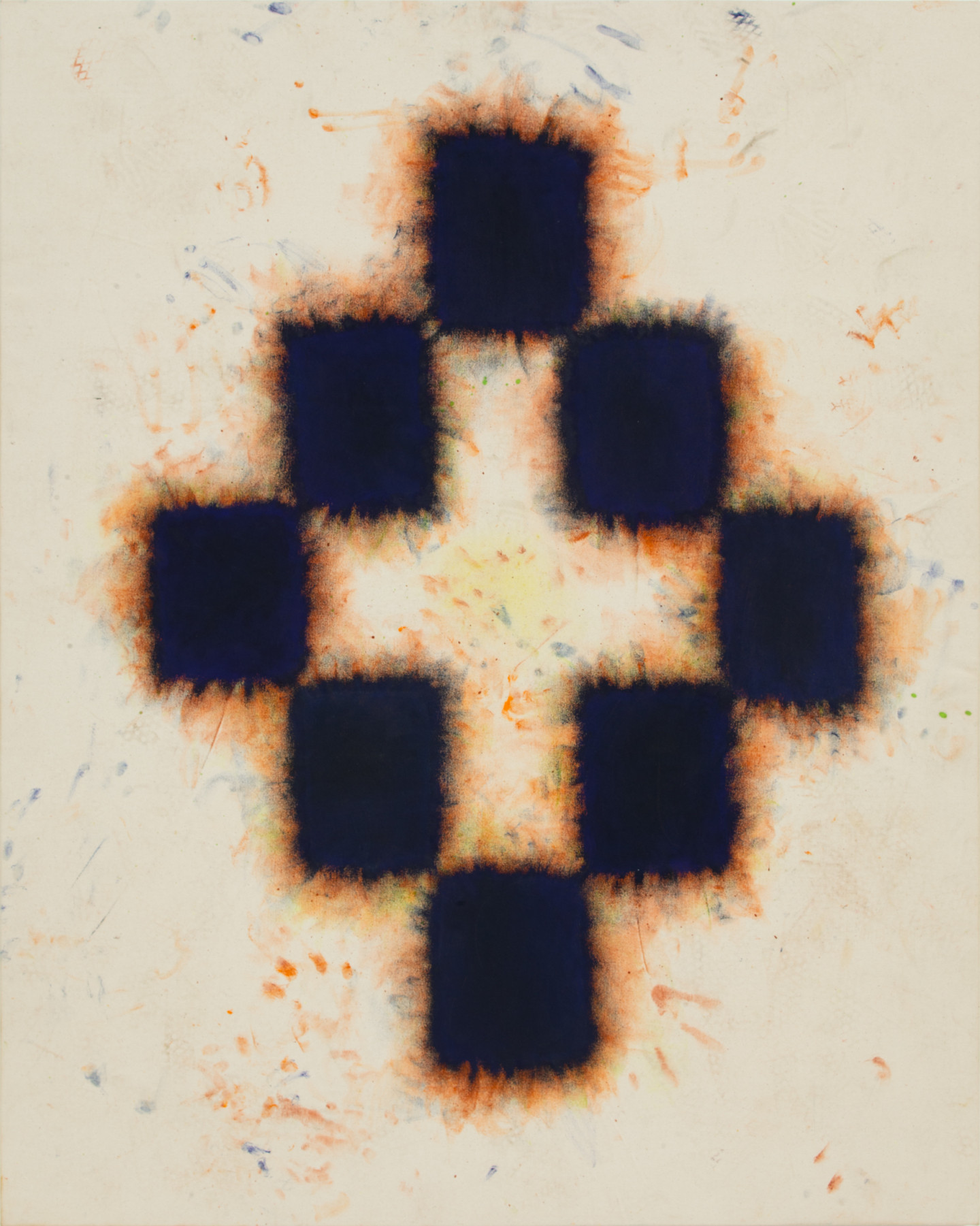 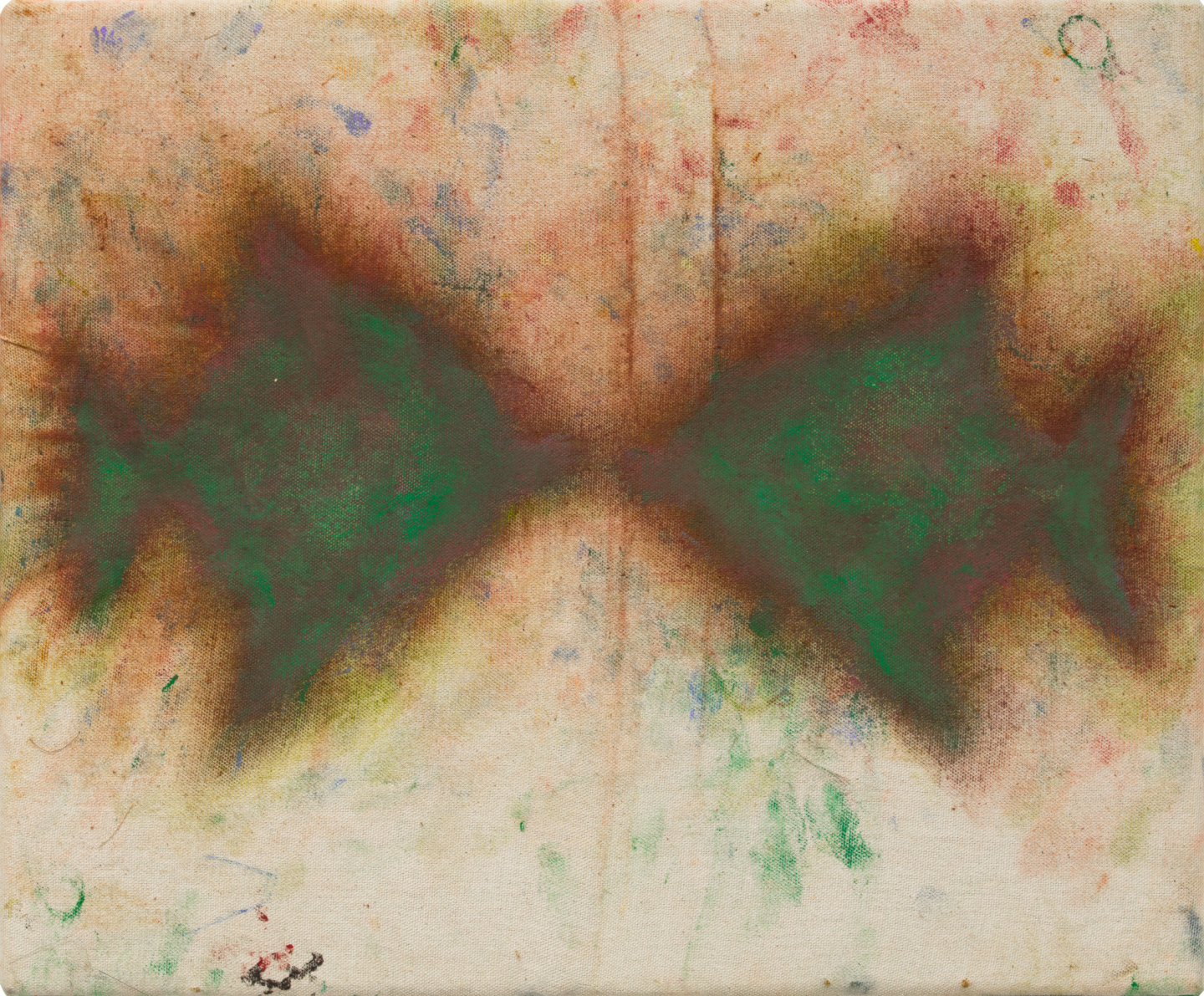 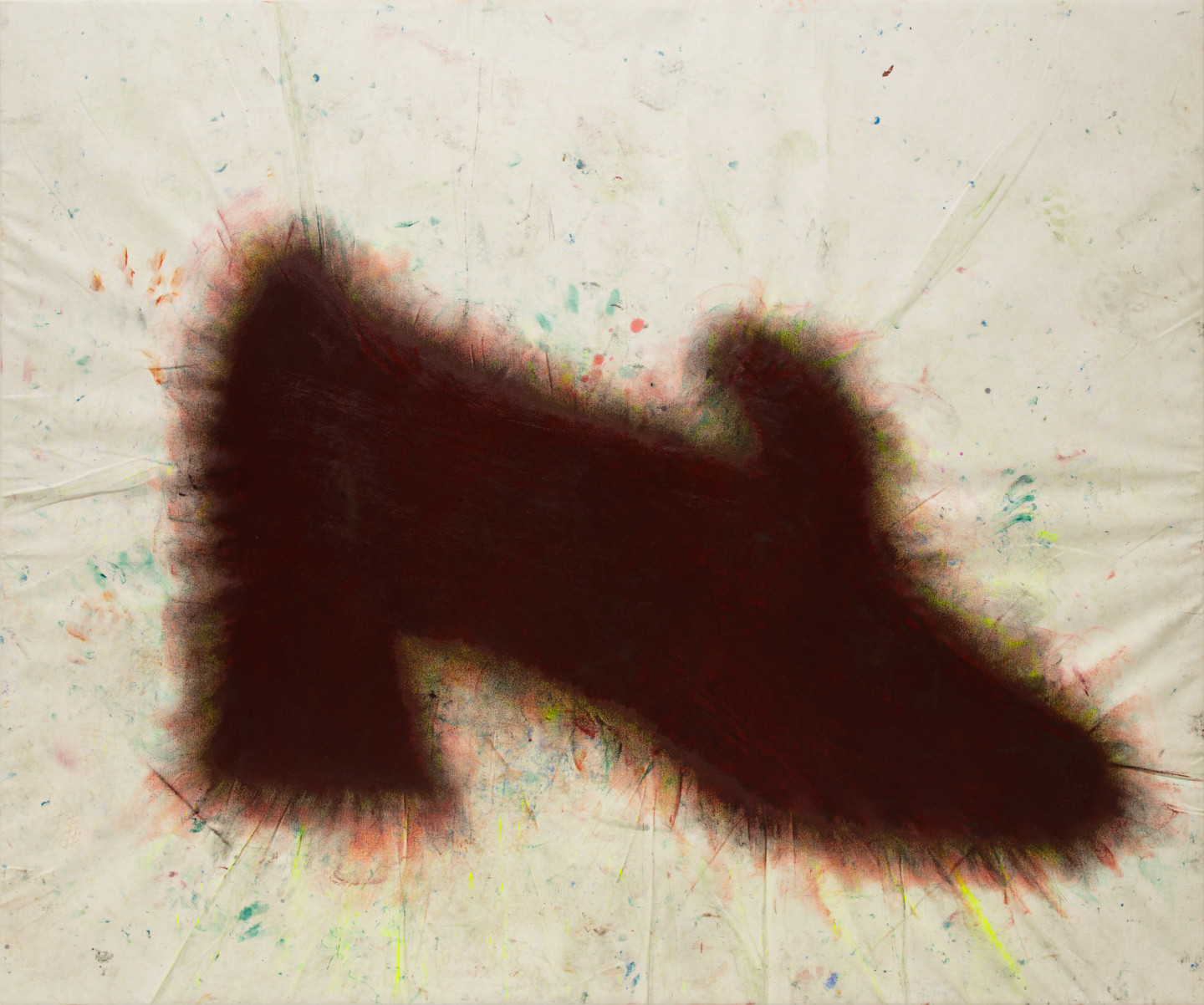 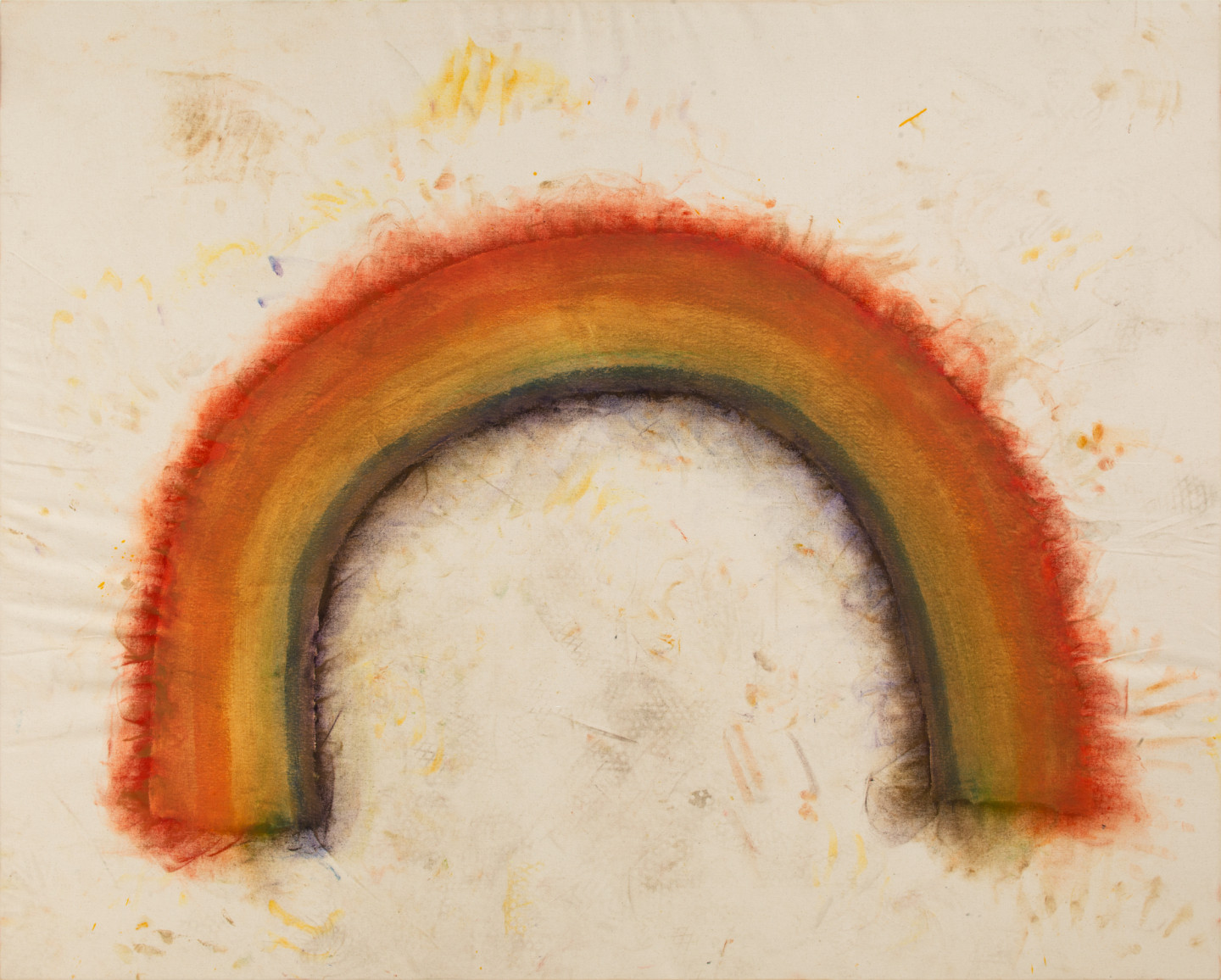 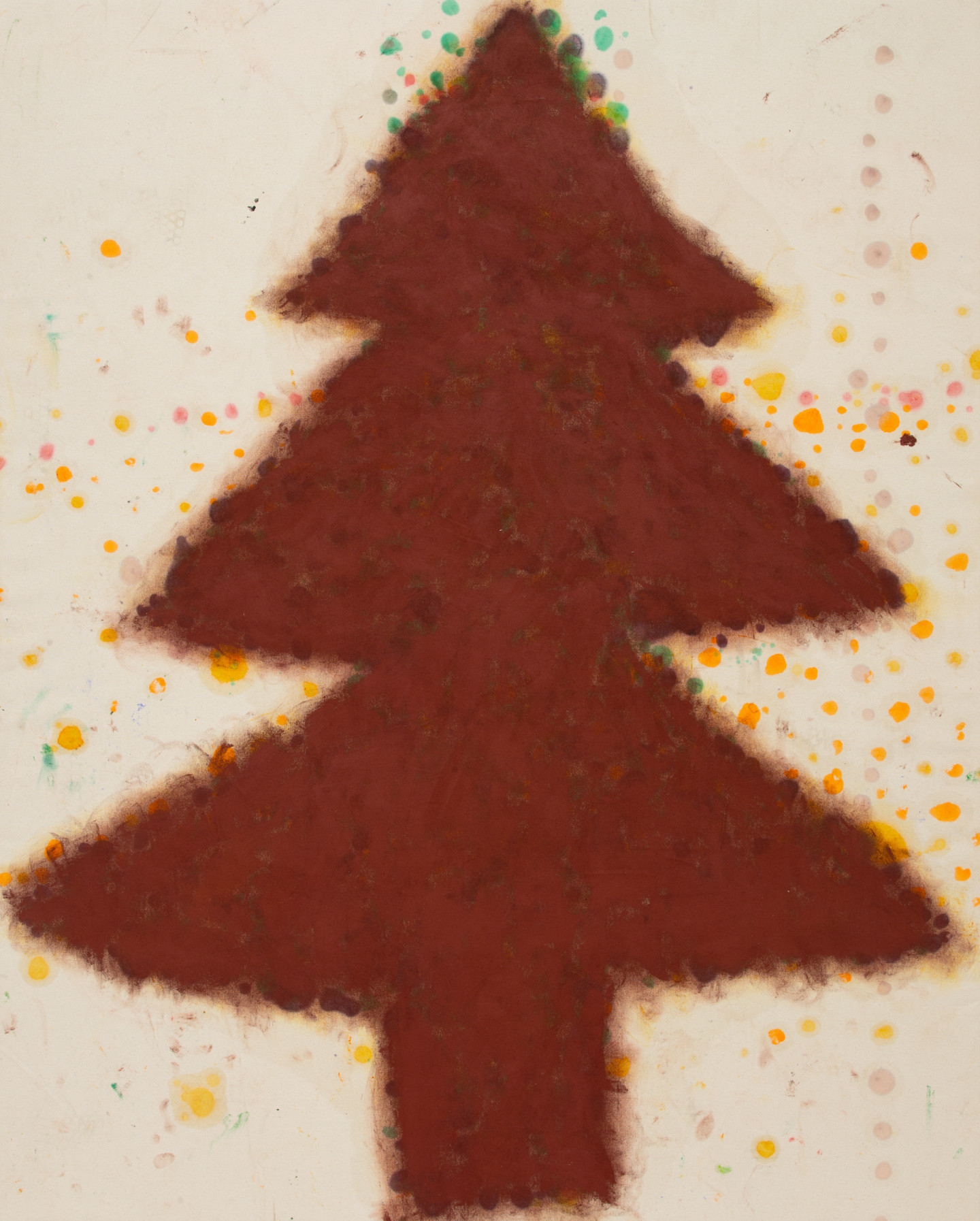 Sam Cherof’s paintings are exercises in sensation, forged through a process of humility. Each image—typically a single form, occasionally doubled—first appears in gesso silhouetted on a ground of raw canvas. Starting out unstretched, laid on the floor, Cherof then works oil paint and pigment onto and into this form using various tools, from hand to rag. In a few ways, these works present a gravitational operation: as central icons appear, the energy of the painting itself becomes concentrated. At the same time, in part it remains difficult to decipher how the surface of the works have interacted with the space that has surrounded them over time. There is a resulting tension in the symbol’s presence as it contrasts, even fights, the presence of the painting on the whole—together, they form decoys. Looking in, we’re left with a sensation (more than words or figures) that grows. It’s from here that Cherof’s argument emerges: mass (paint) and energy are interchangeable.

Wiseguys contains the evidence of an evolving practice in which the artist’s own relationship to the work is continually changing, too. Across this series of new works, past, present, and future seem to happen all at once. In the simplicity of the icons lies their illusion, with which Cherof undergoes a process of building something that’s known in order to make it possible to explore something that feels unknown. In this regard, the paintings undulate through the physicality of their uneven surfaces as well as in more metaphysical and temporal senses. A smaller series of the works on view display an all-over color, as if the image continued its spread over the edge. Originating through the same steps, beginning with a central gesso’d icon, Cherof dropped paint onto these canvases, balling them up then uncrumpling them, over and over. In other places, Cherof has painted onto the back of the canvas, with forms seeping through to the front to create strange ghost-doubles. In other cases still, the image is literally doubled through repetition or mirroring. An act of comparison inherently occurs, wherein nothing doubled is exactly so. These experiments reflect newer processes of material and energetic accumulation located by the artist in this quest.

Sam Cherof (b. 1994) received his BFA from the University of Georgia. He has exhibited work at A.D. NYC, Greenpoint Gallery in Brooklyn, Hathaway Contemporary Art Gallery in Atlanta, GA, and Stallmann in Berlin, Germany. He lives and works in Brooklyn. 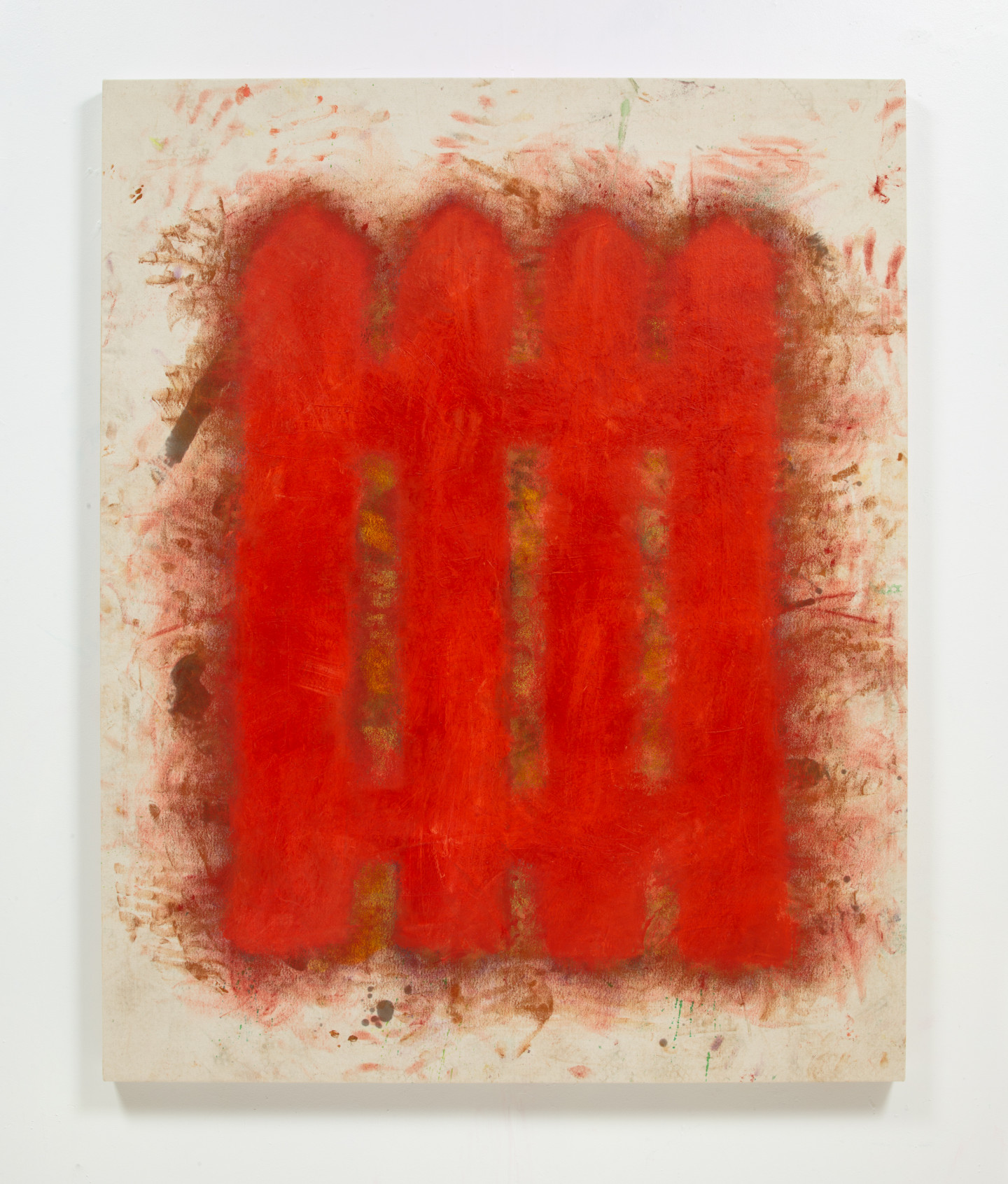 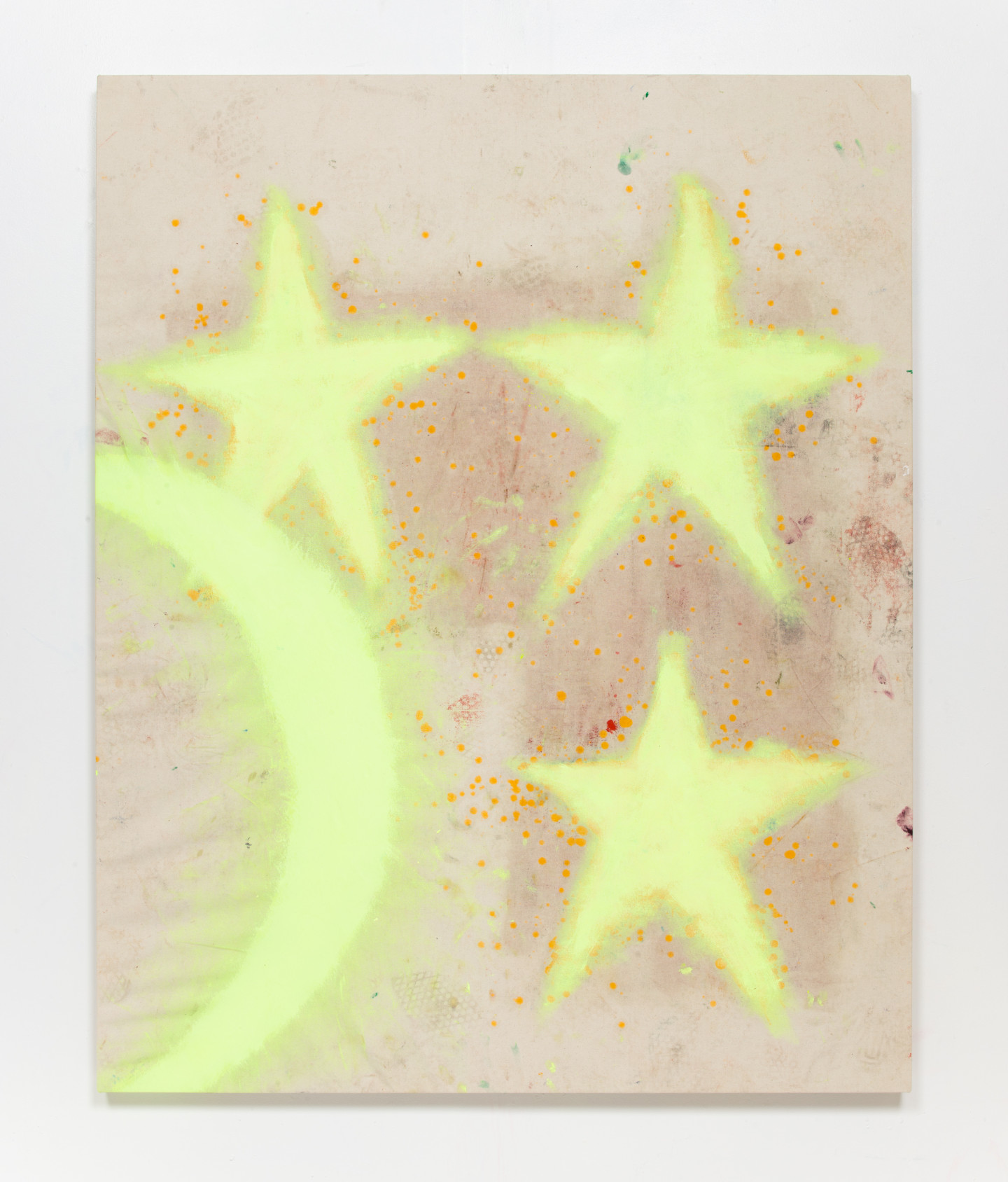 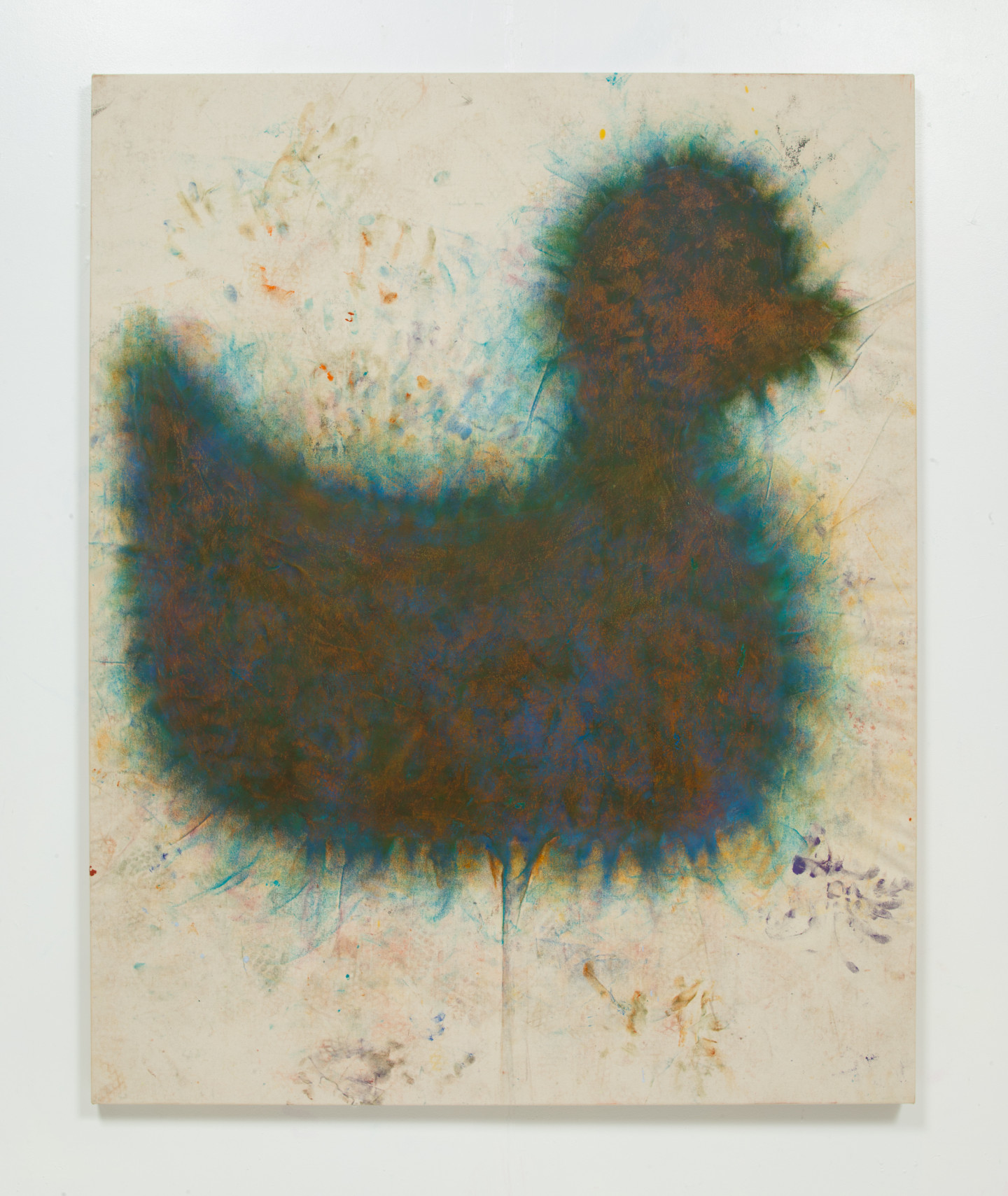 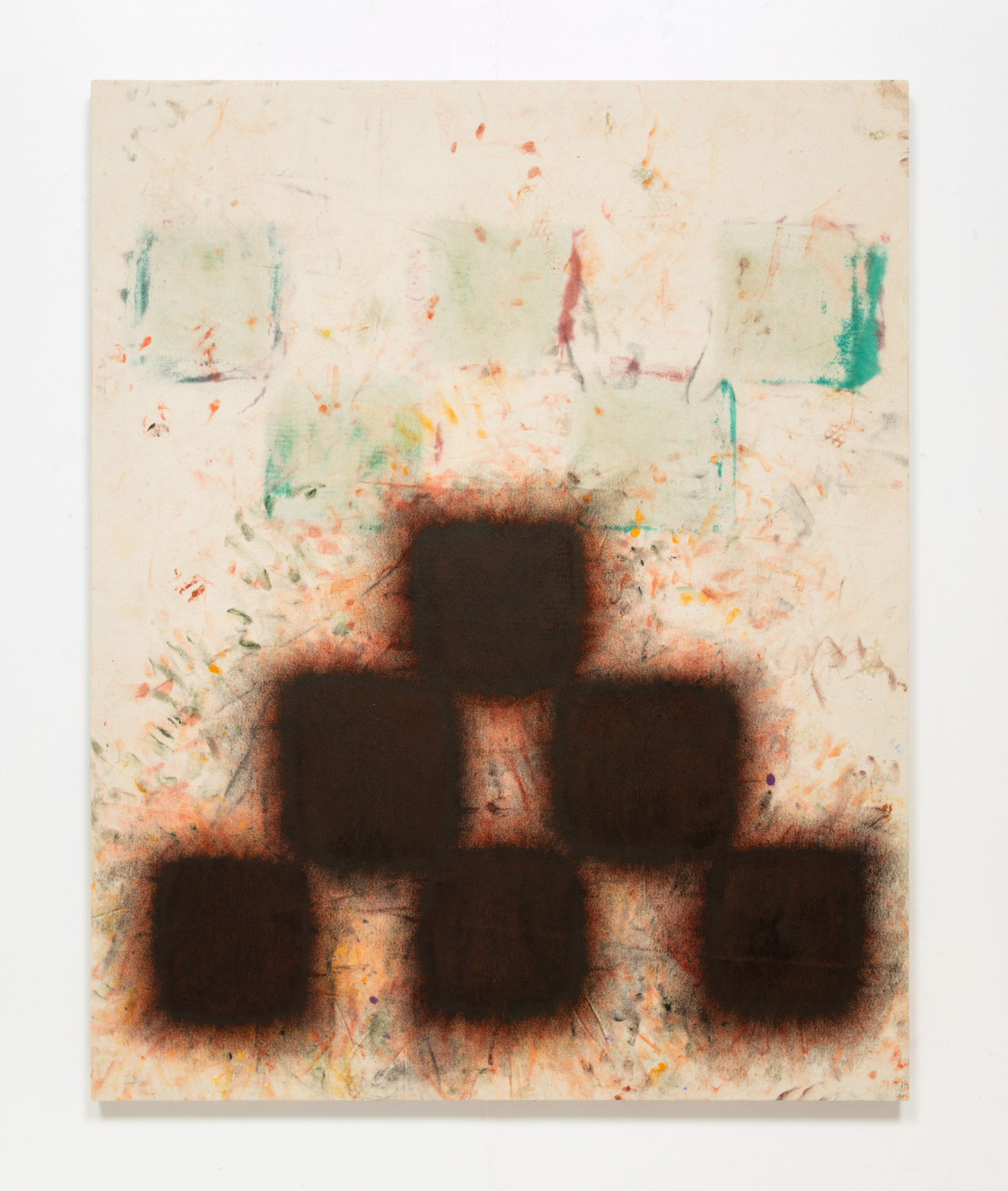 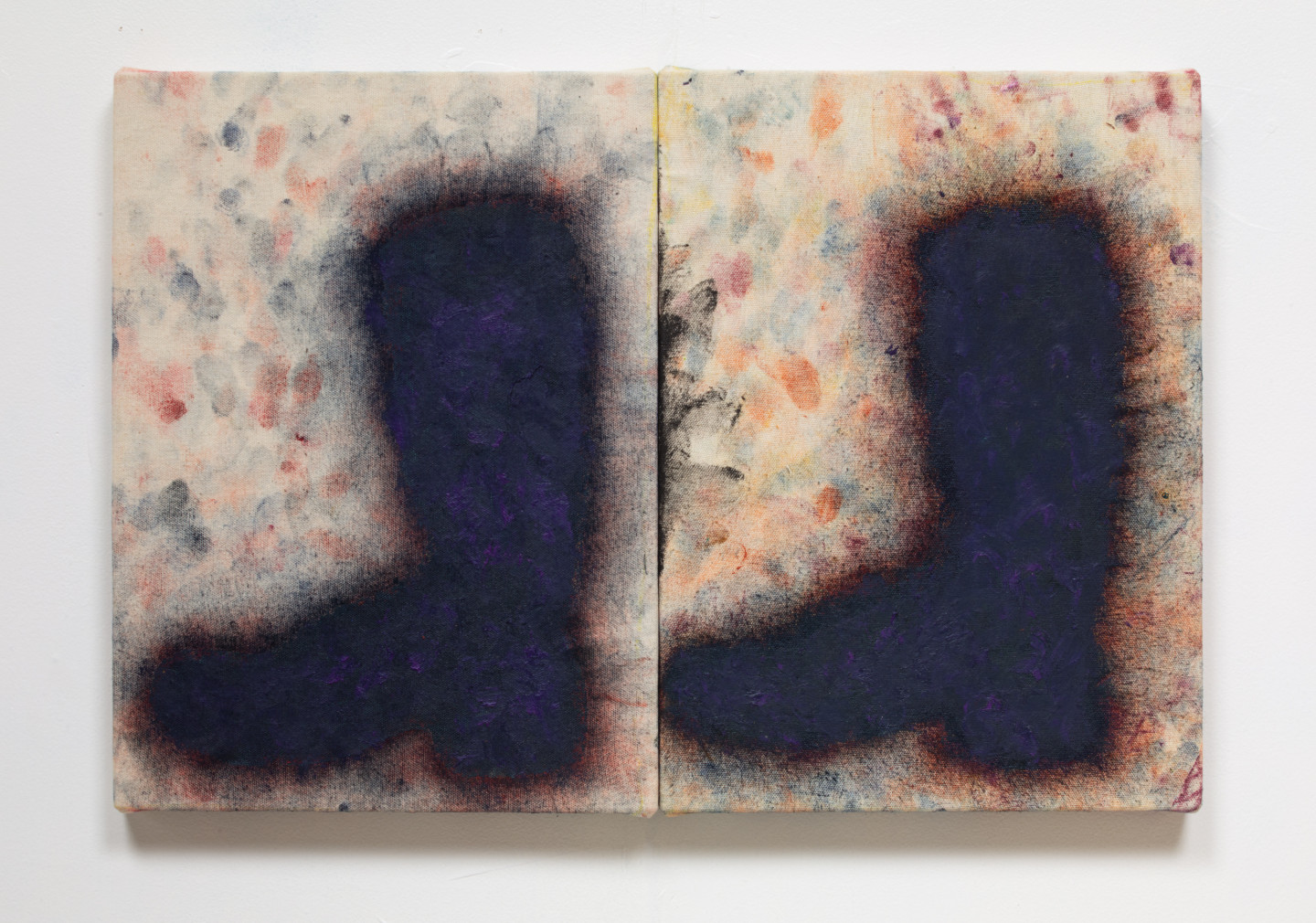 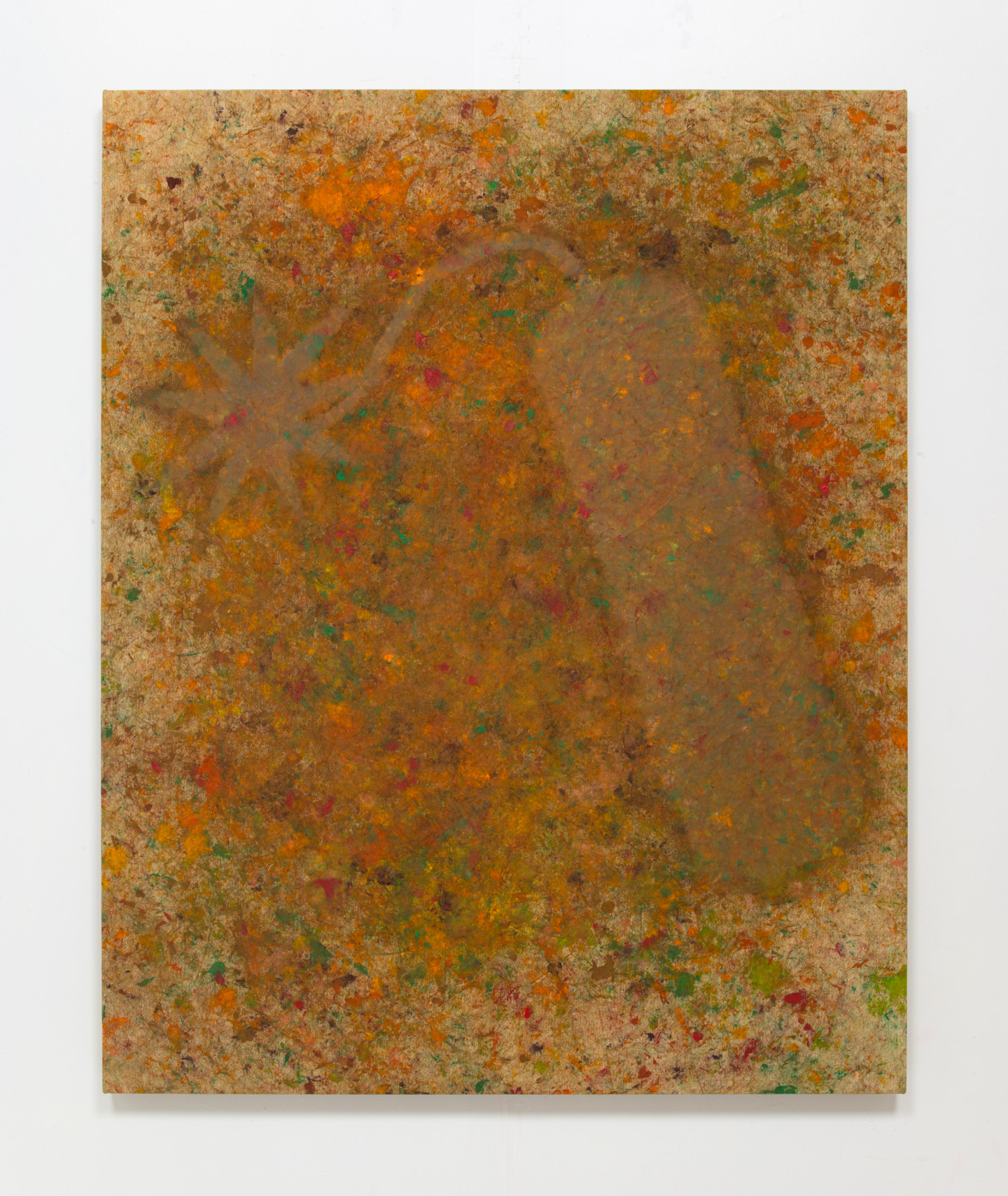 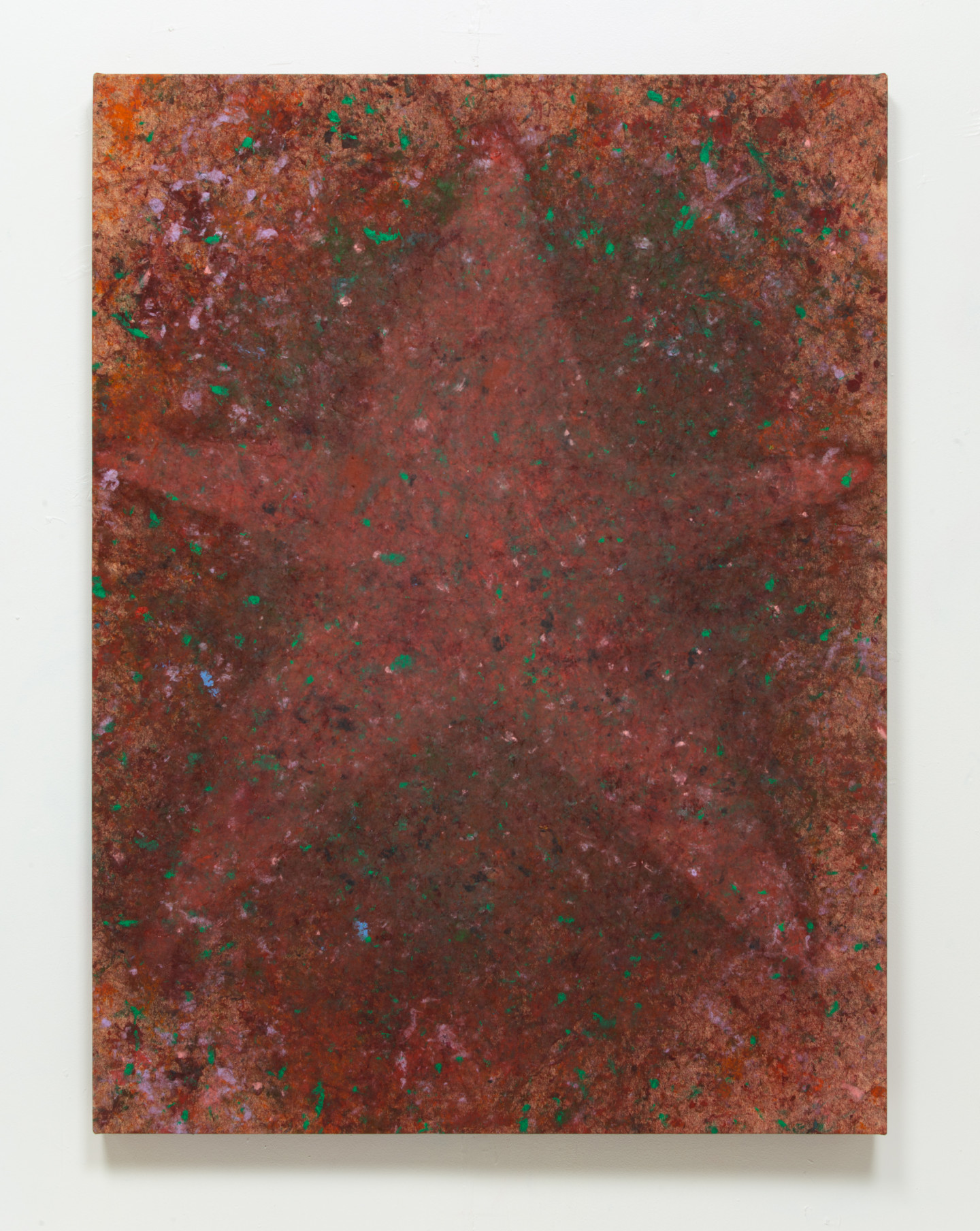 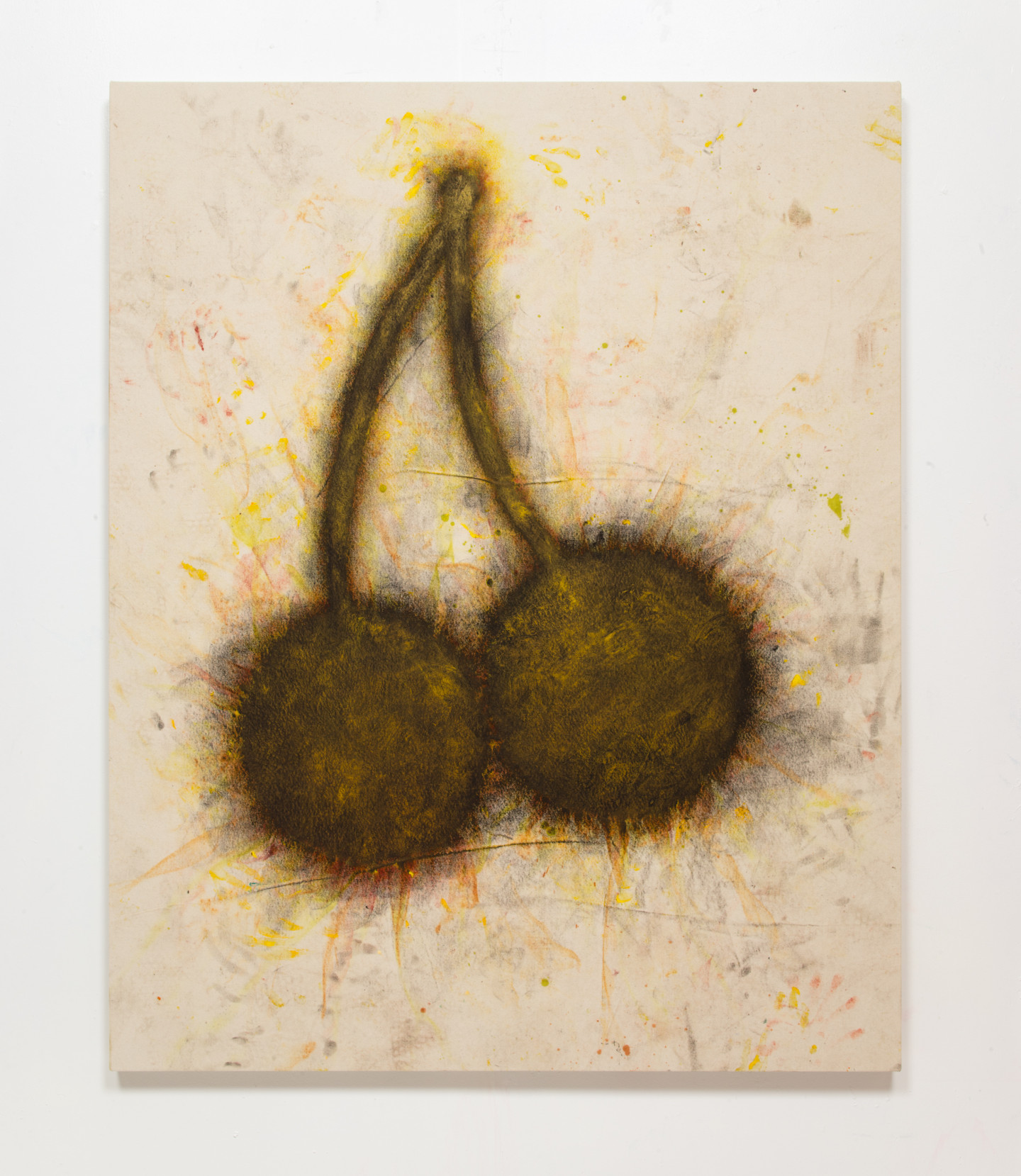 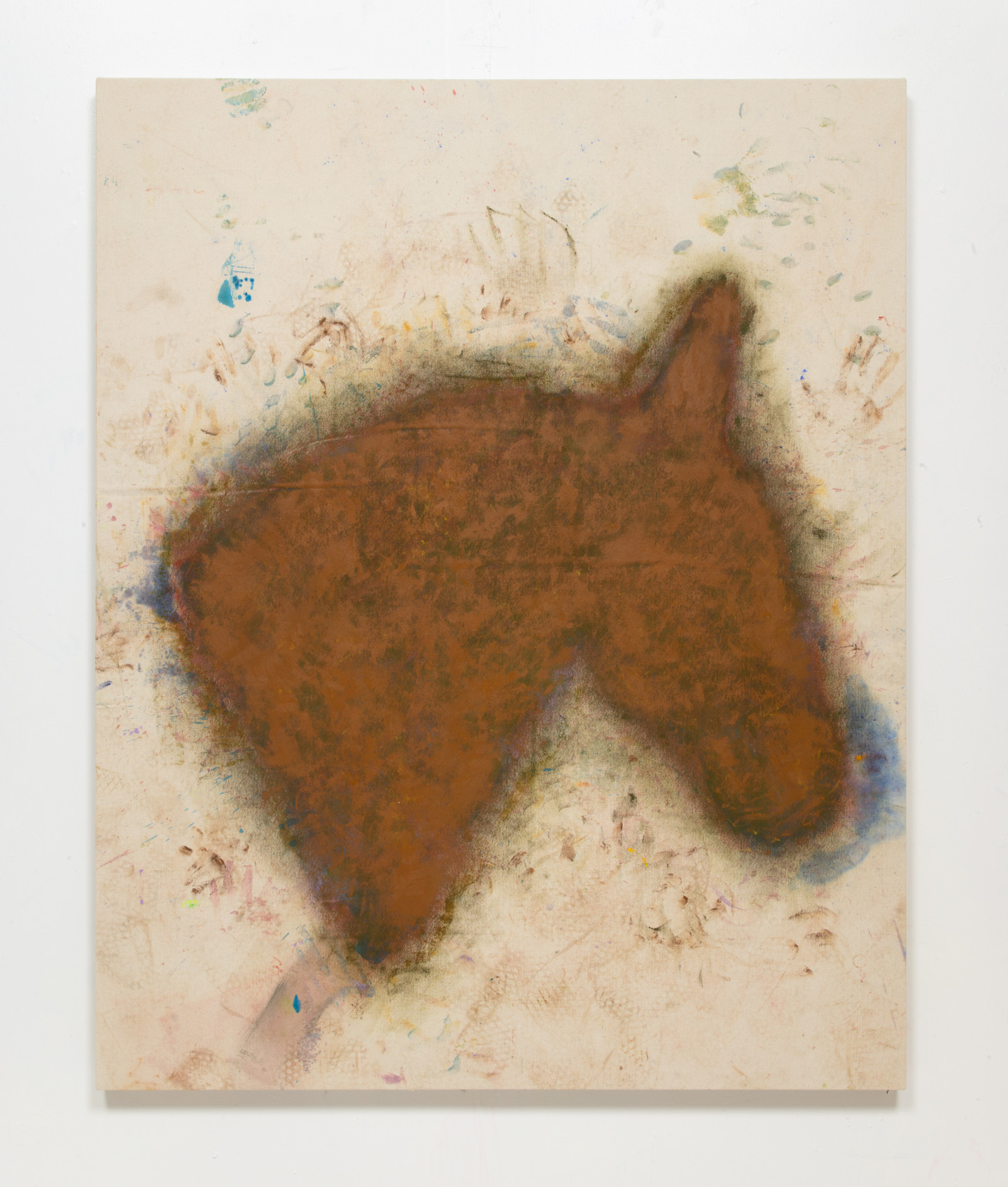 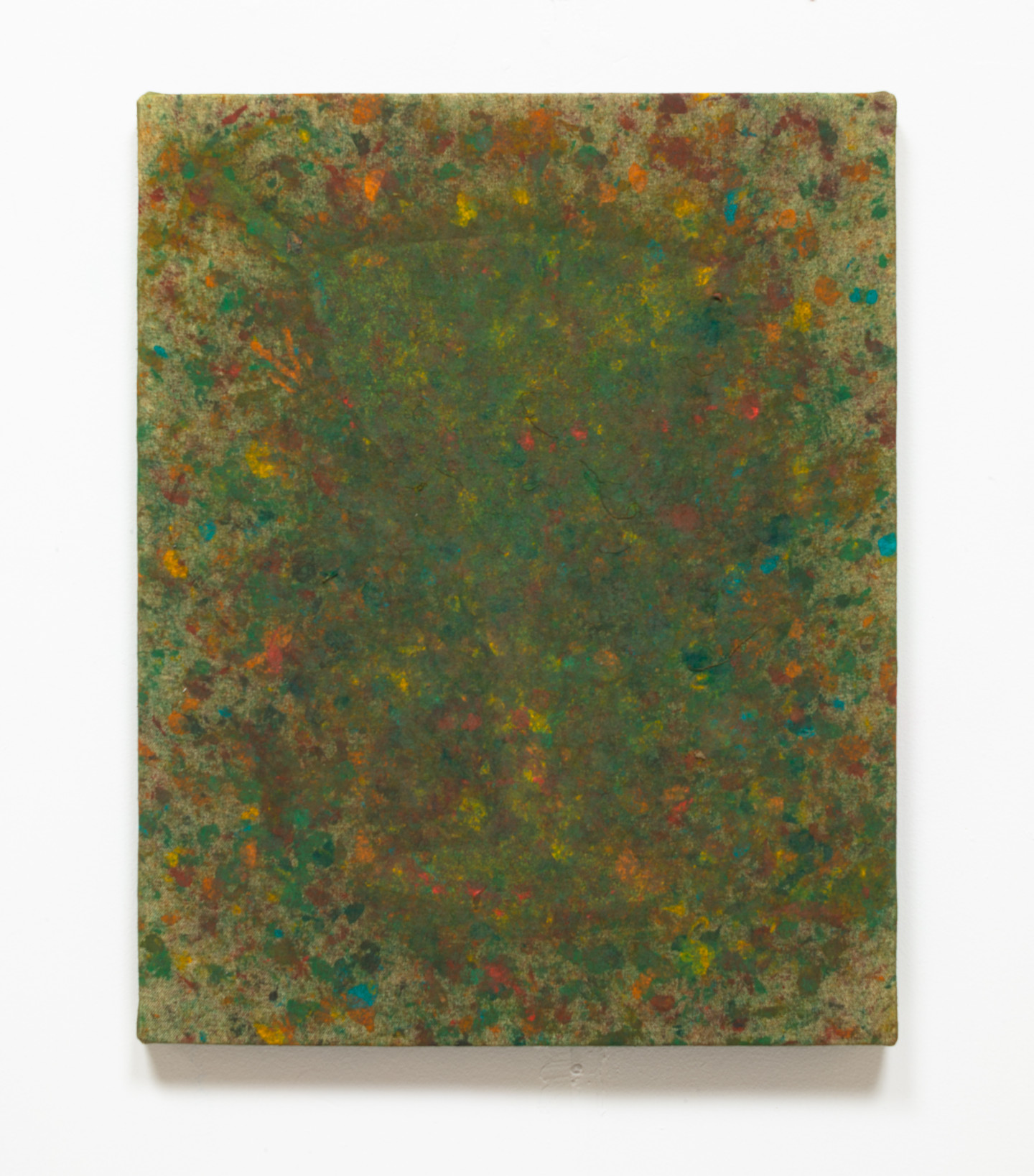 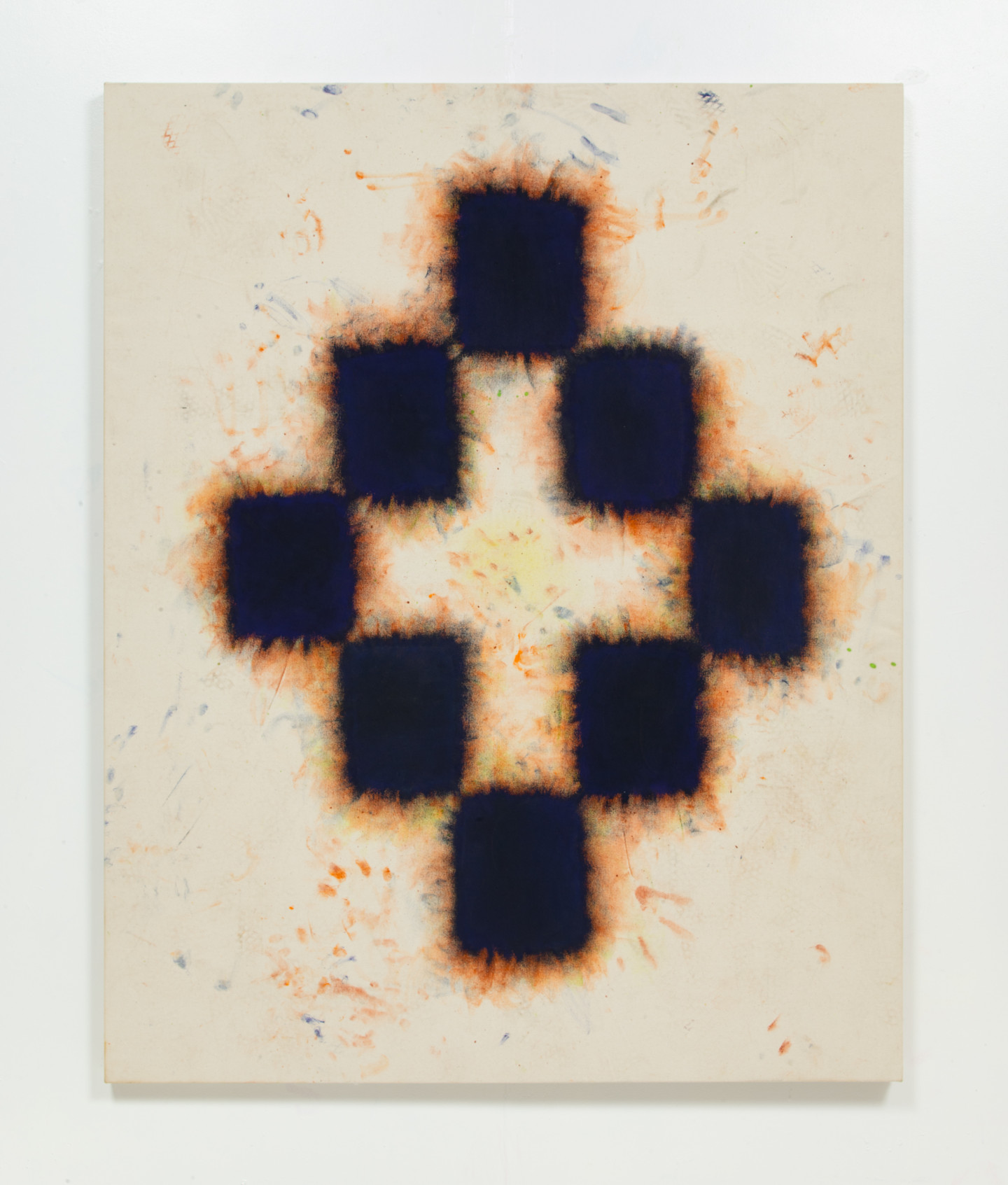 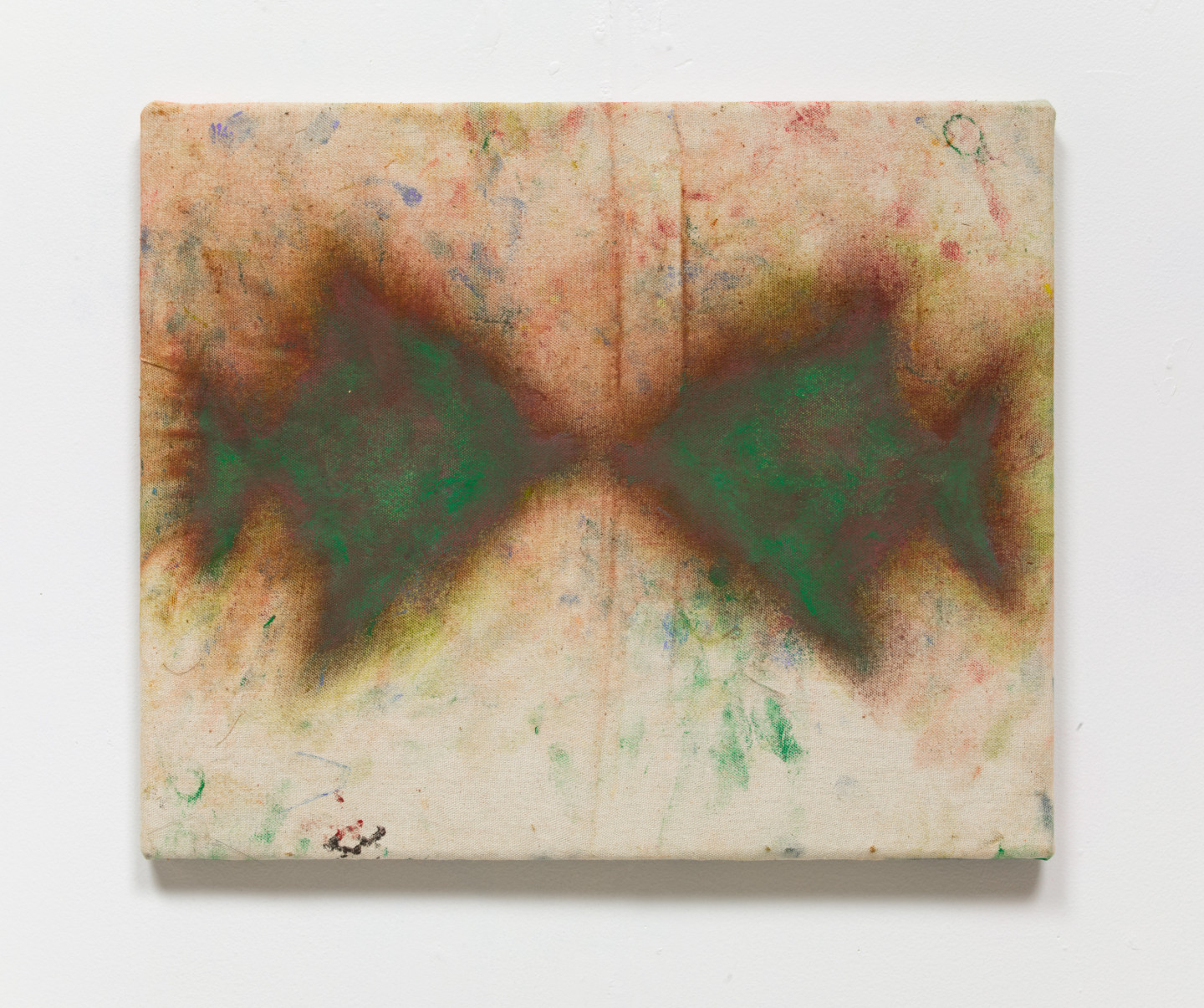 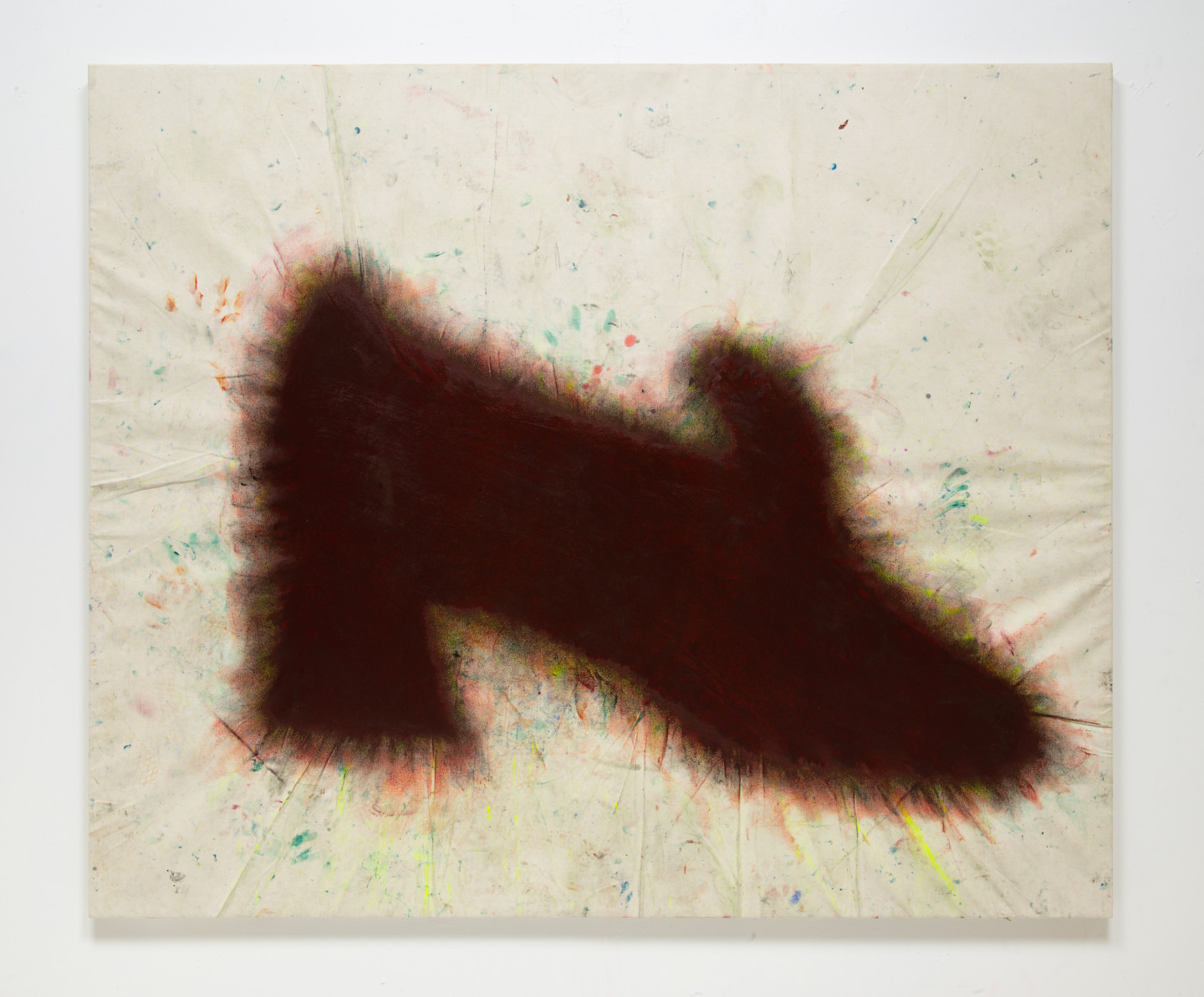 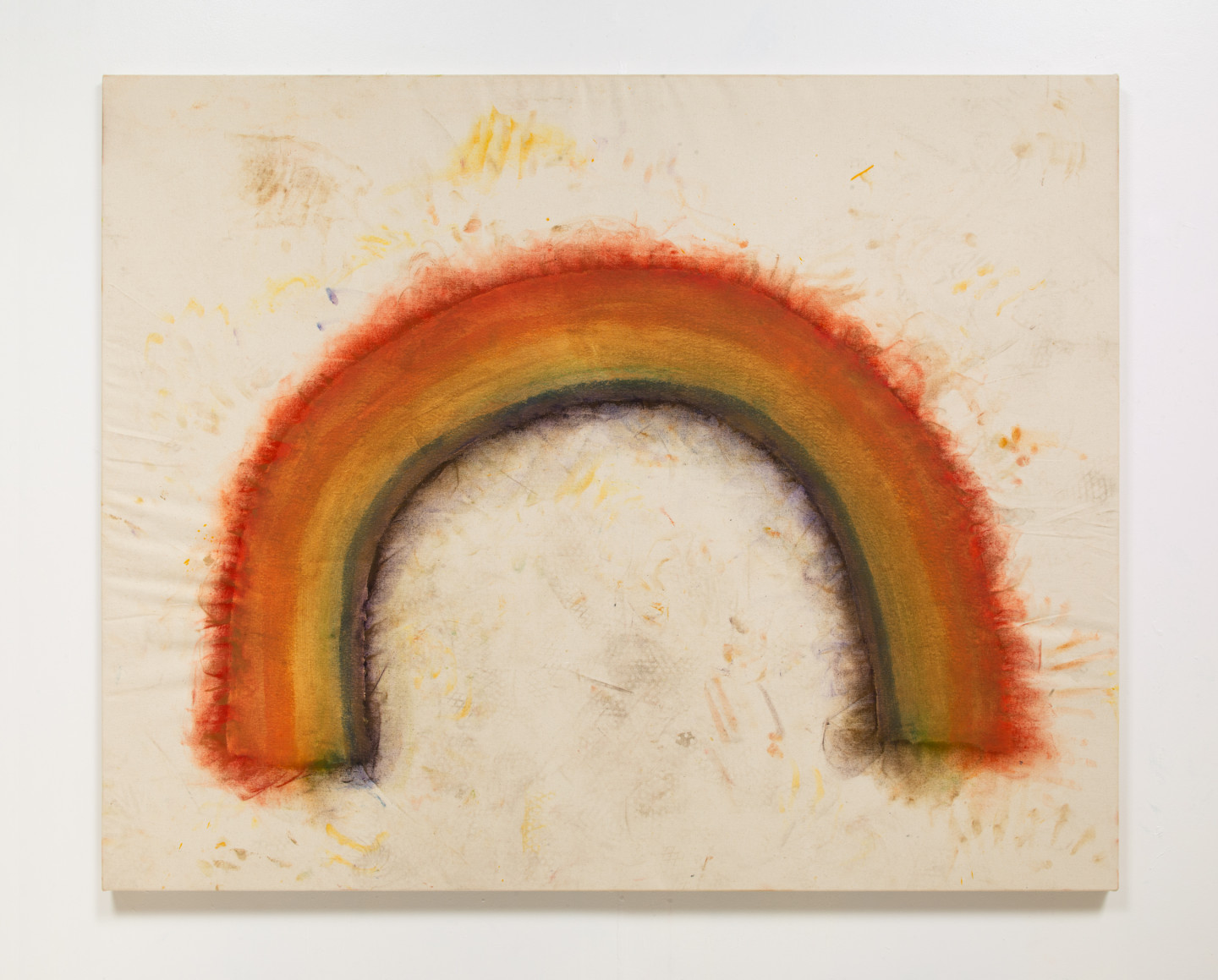 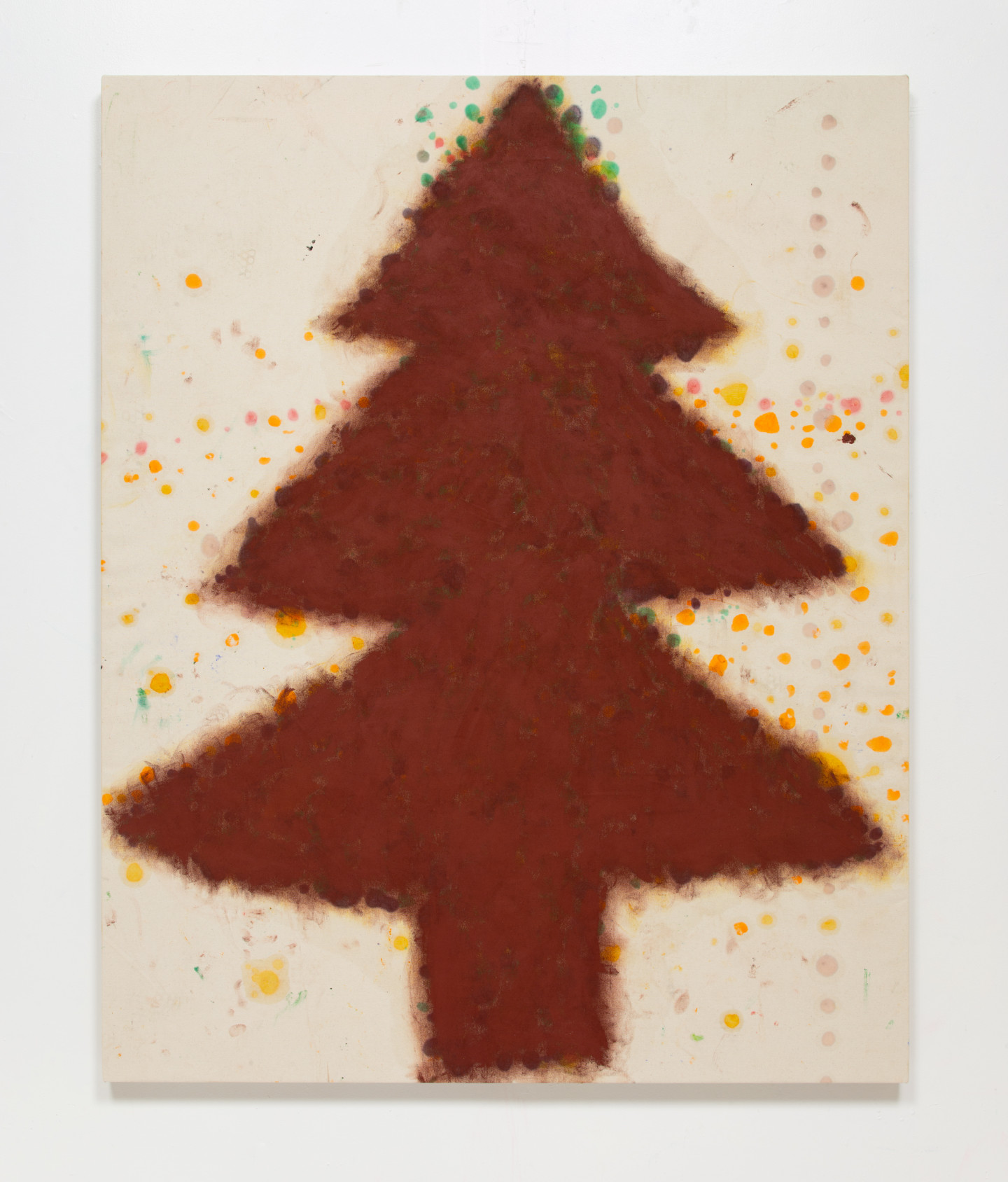