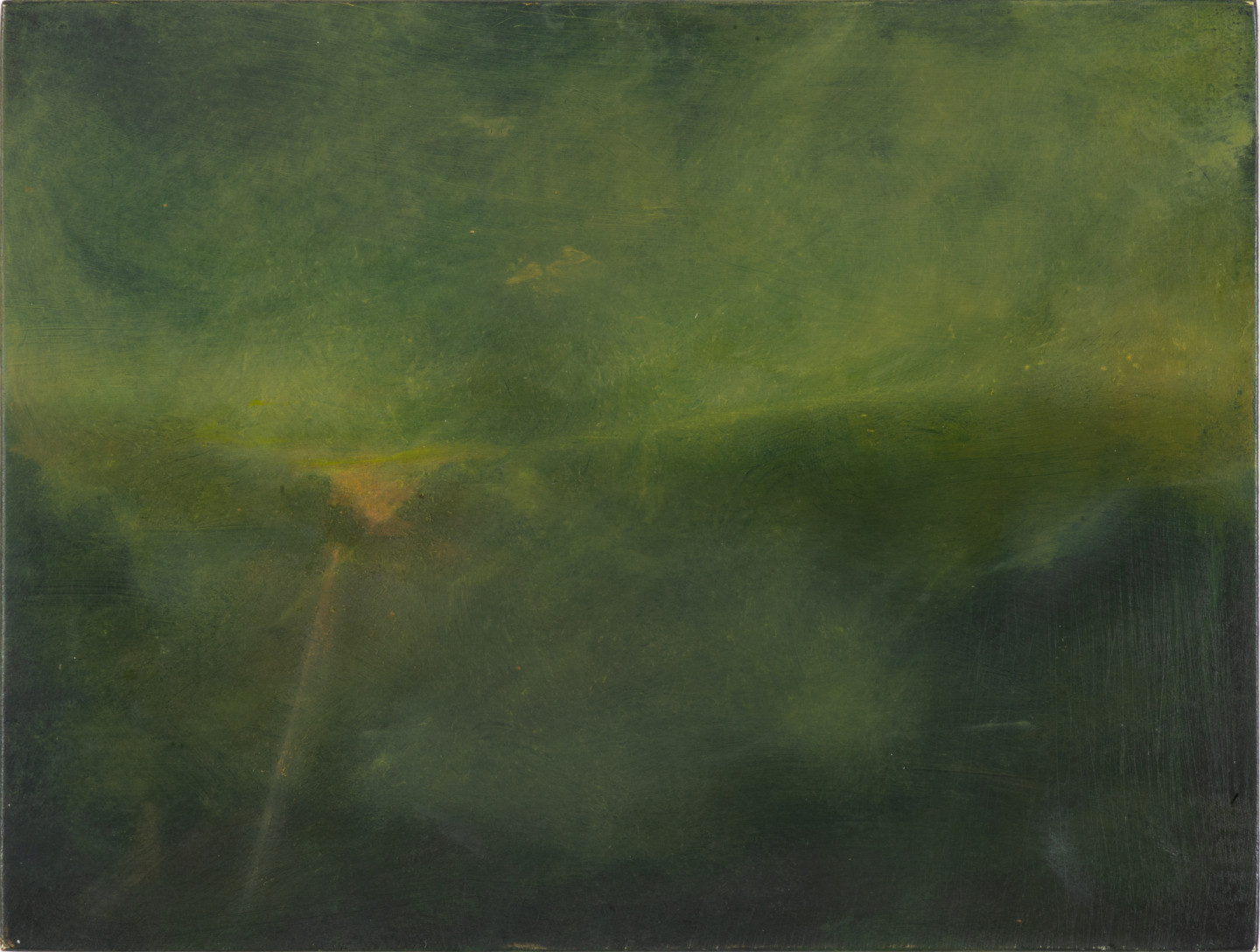 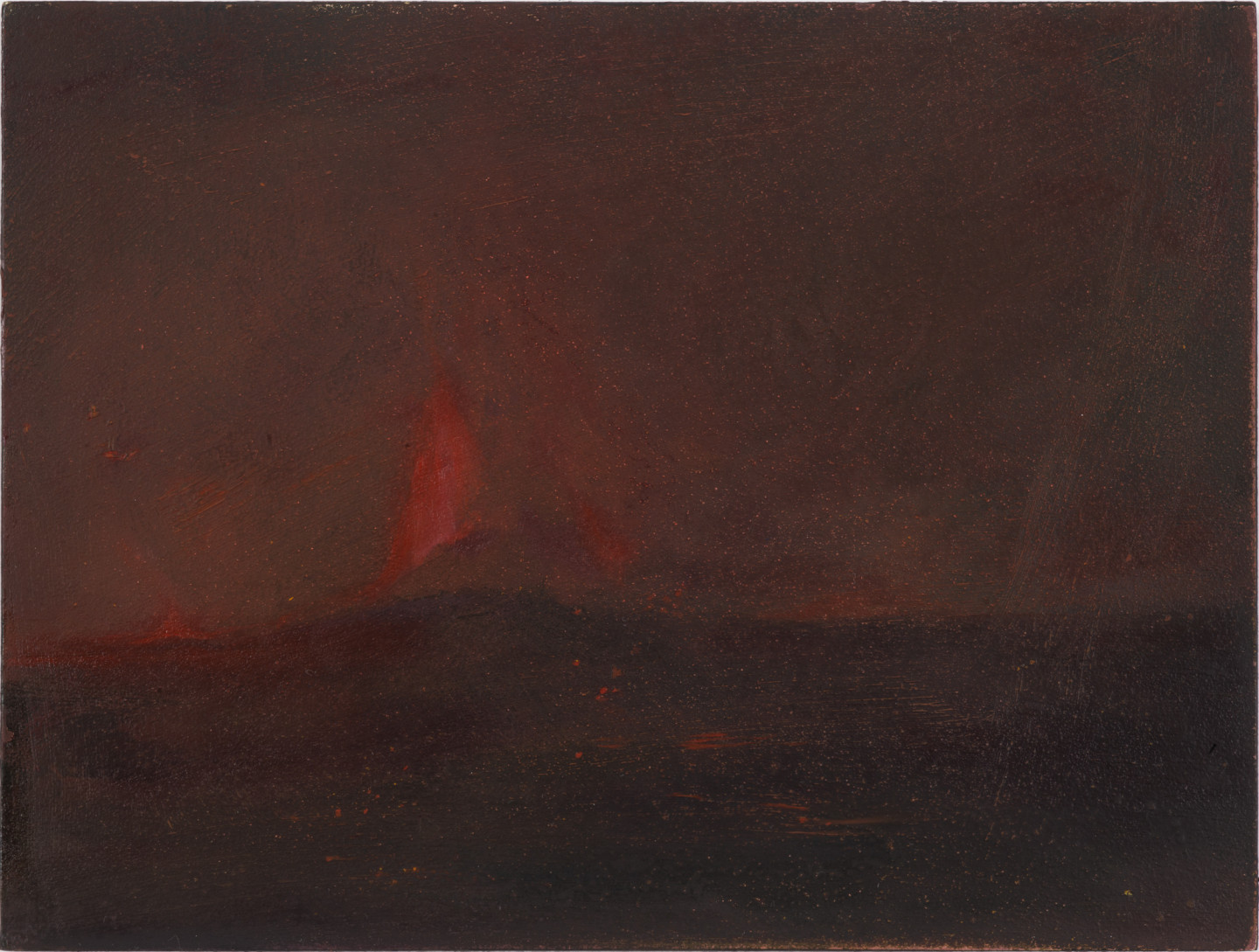 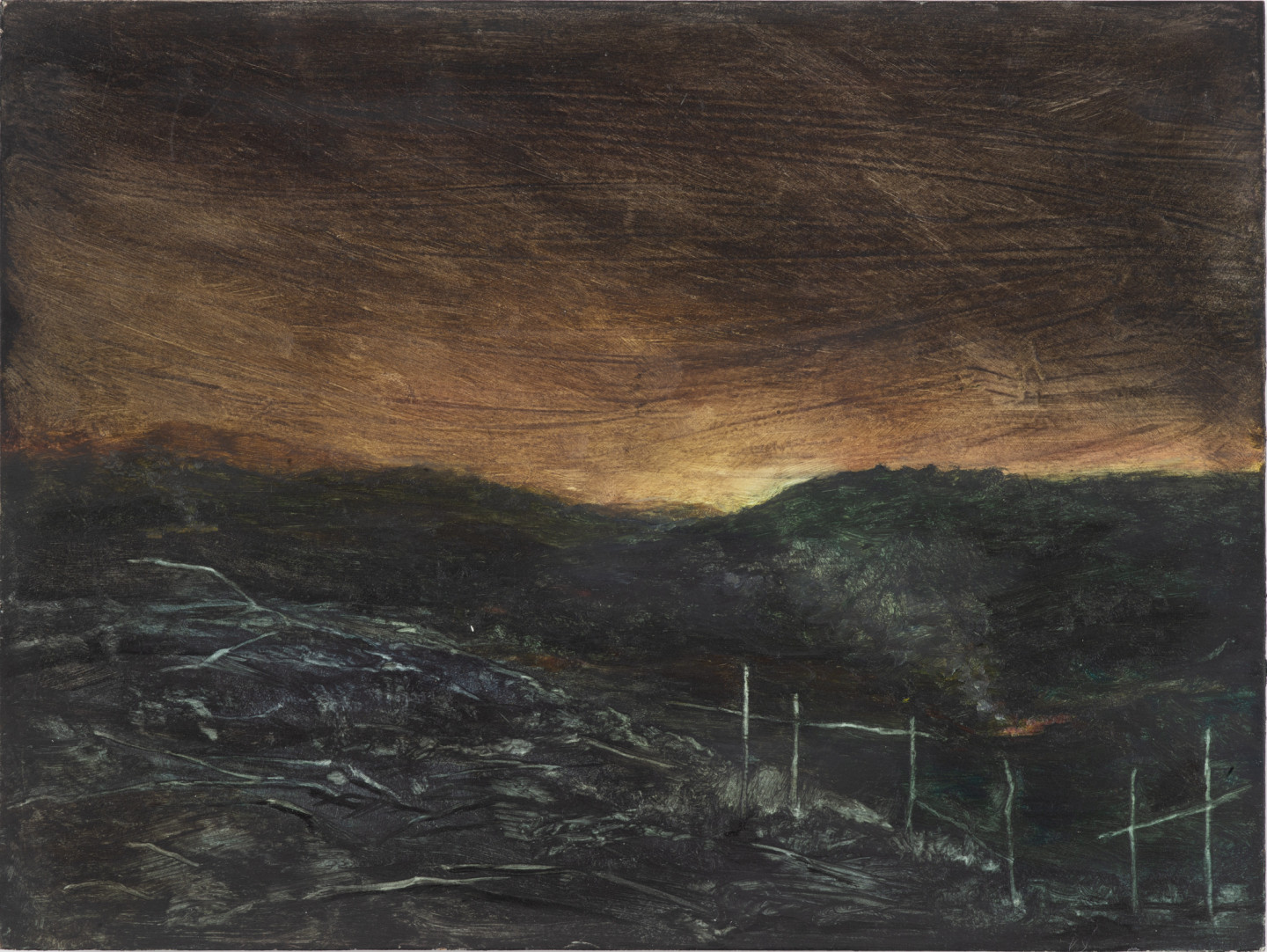 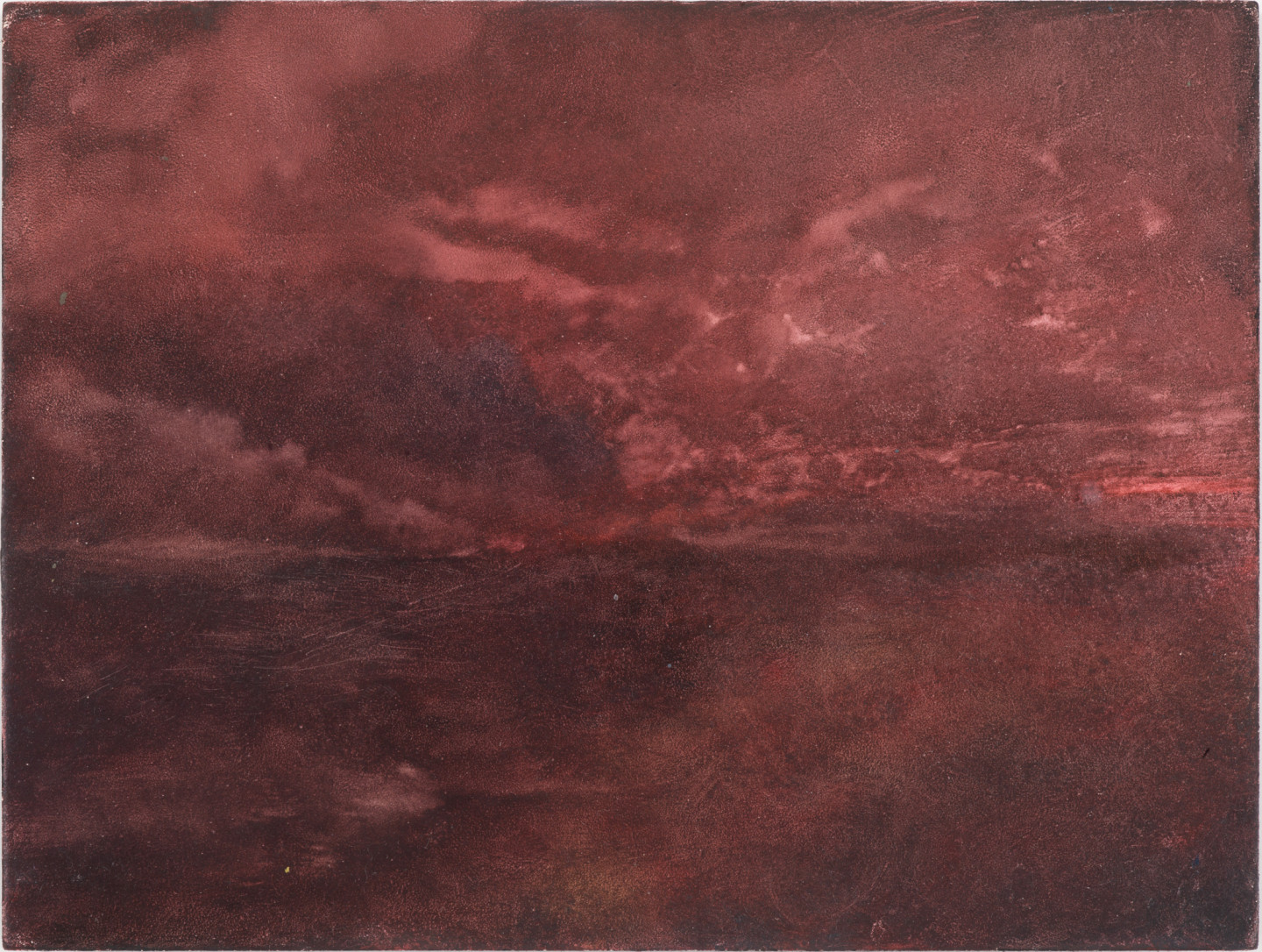 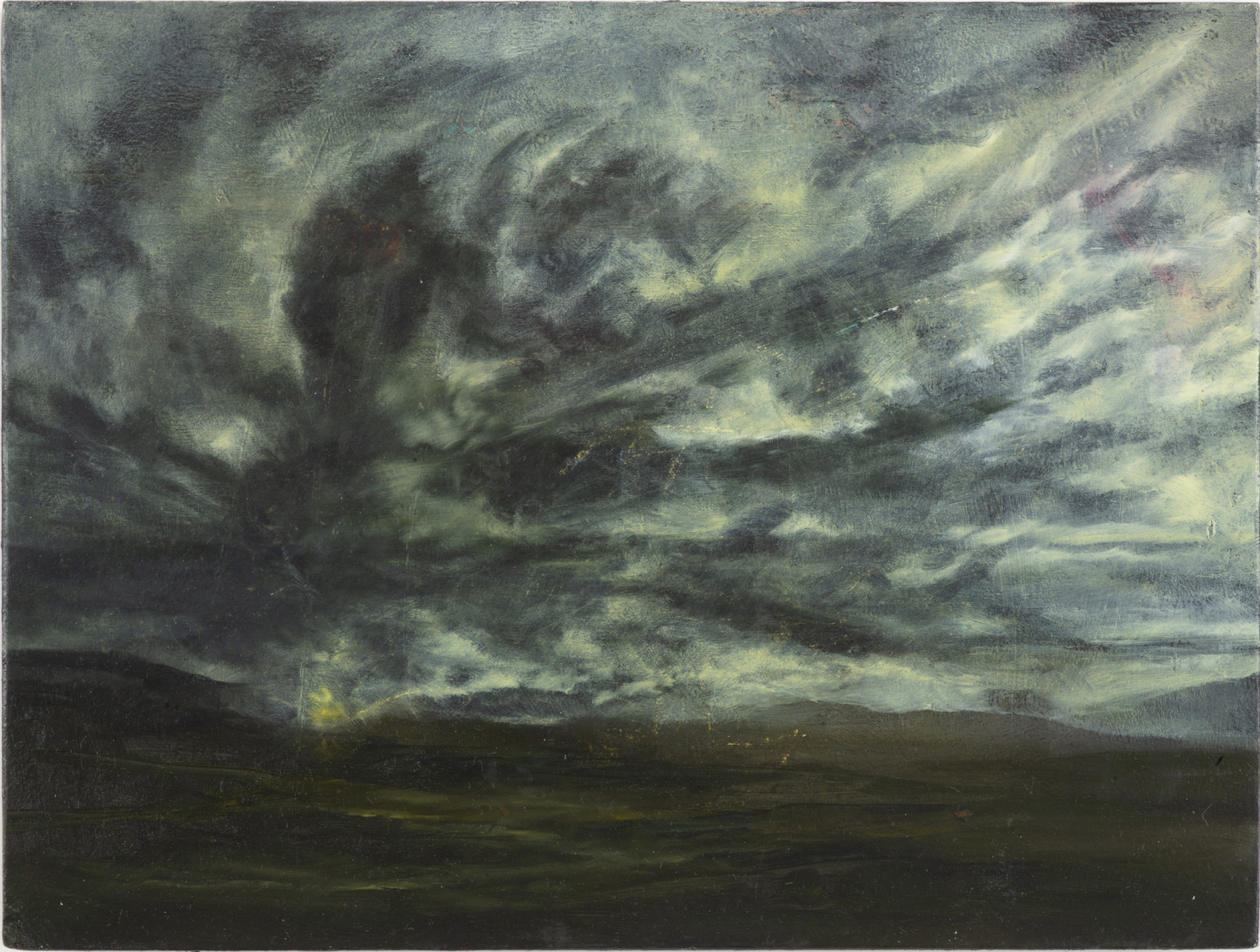 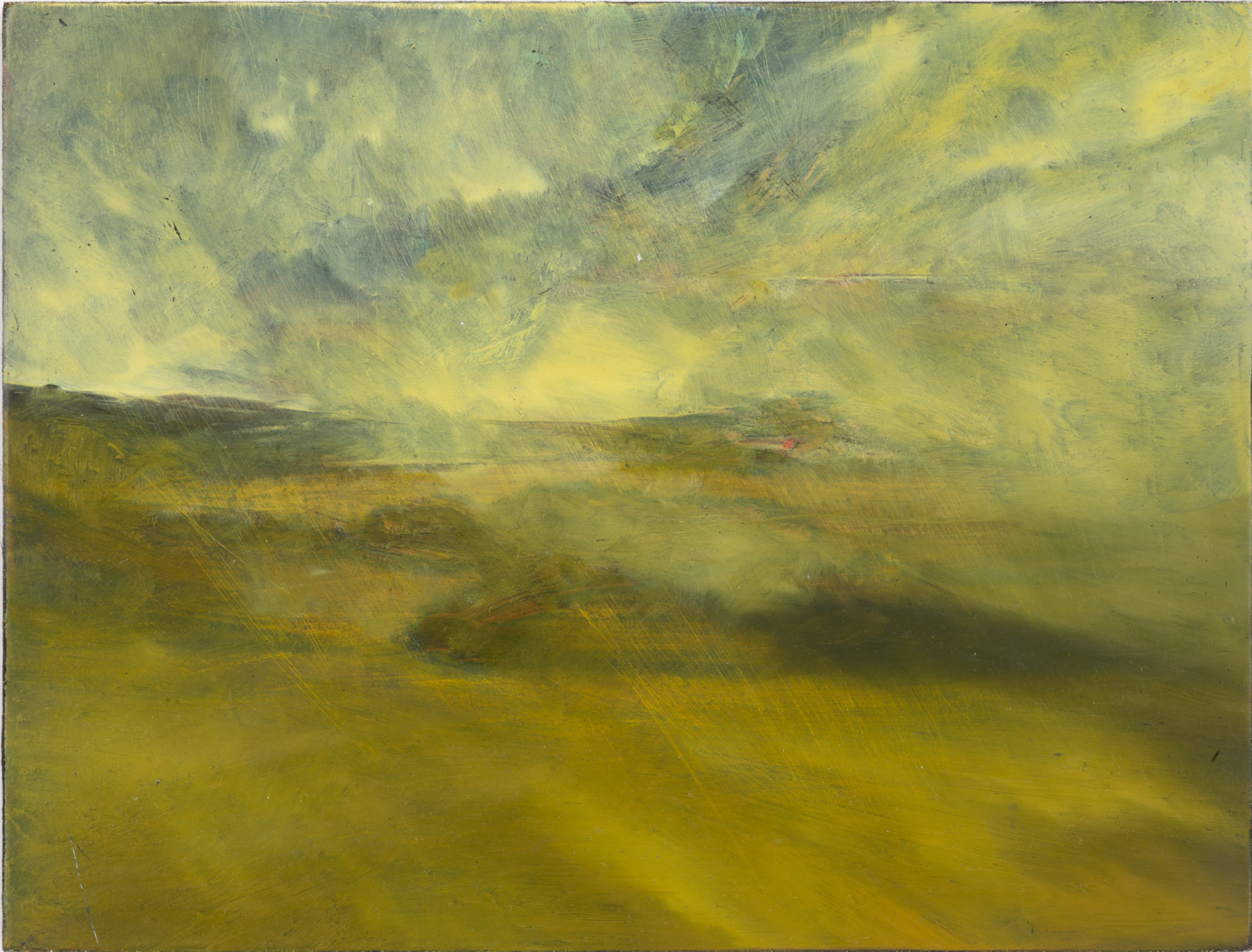 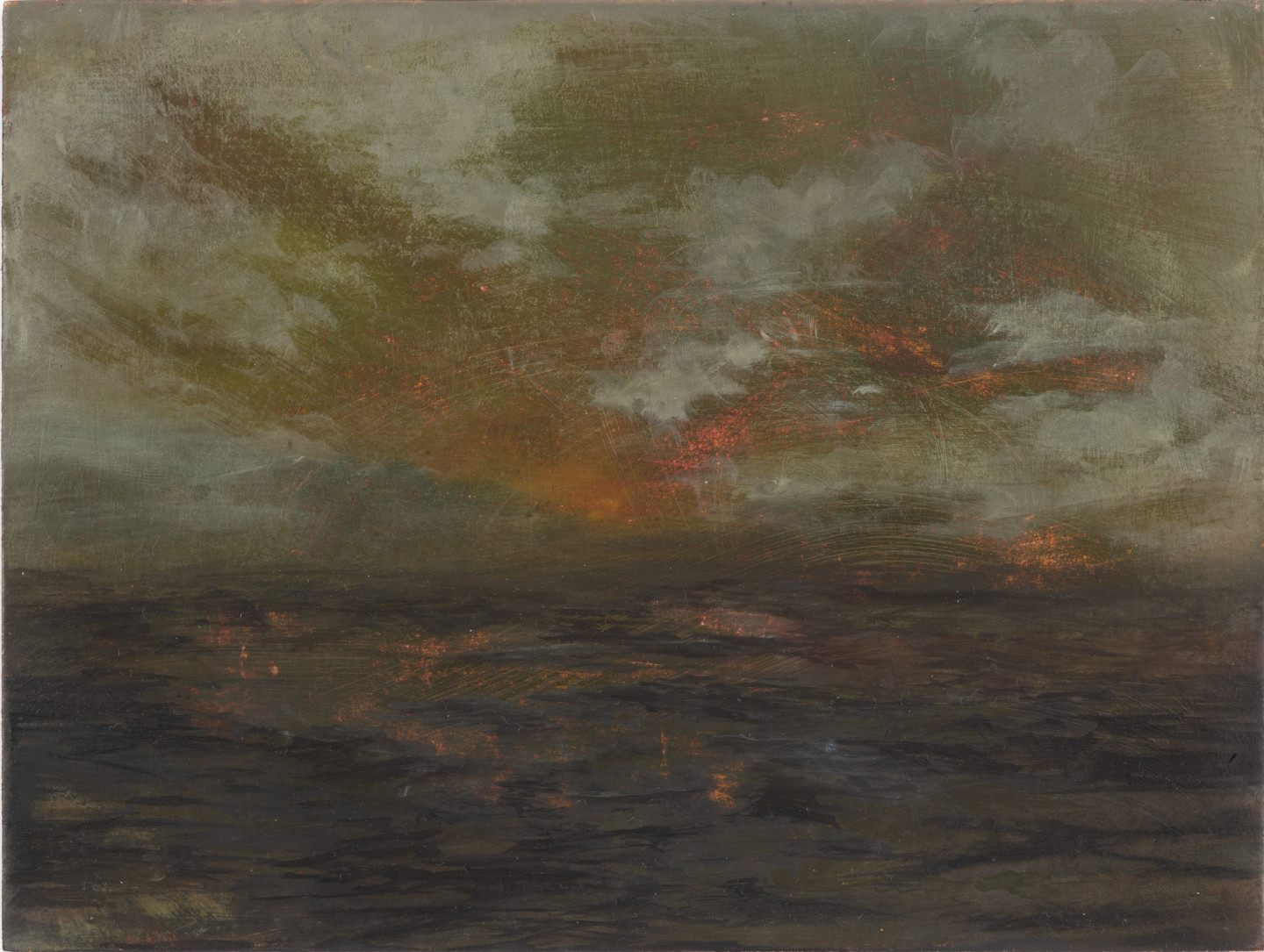 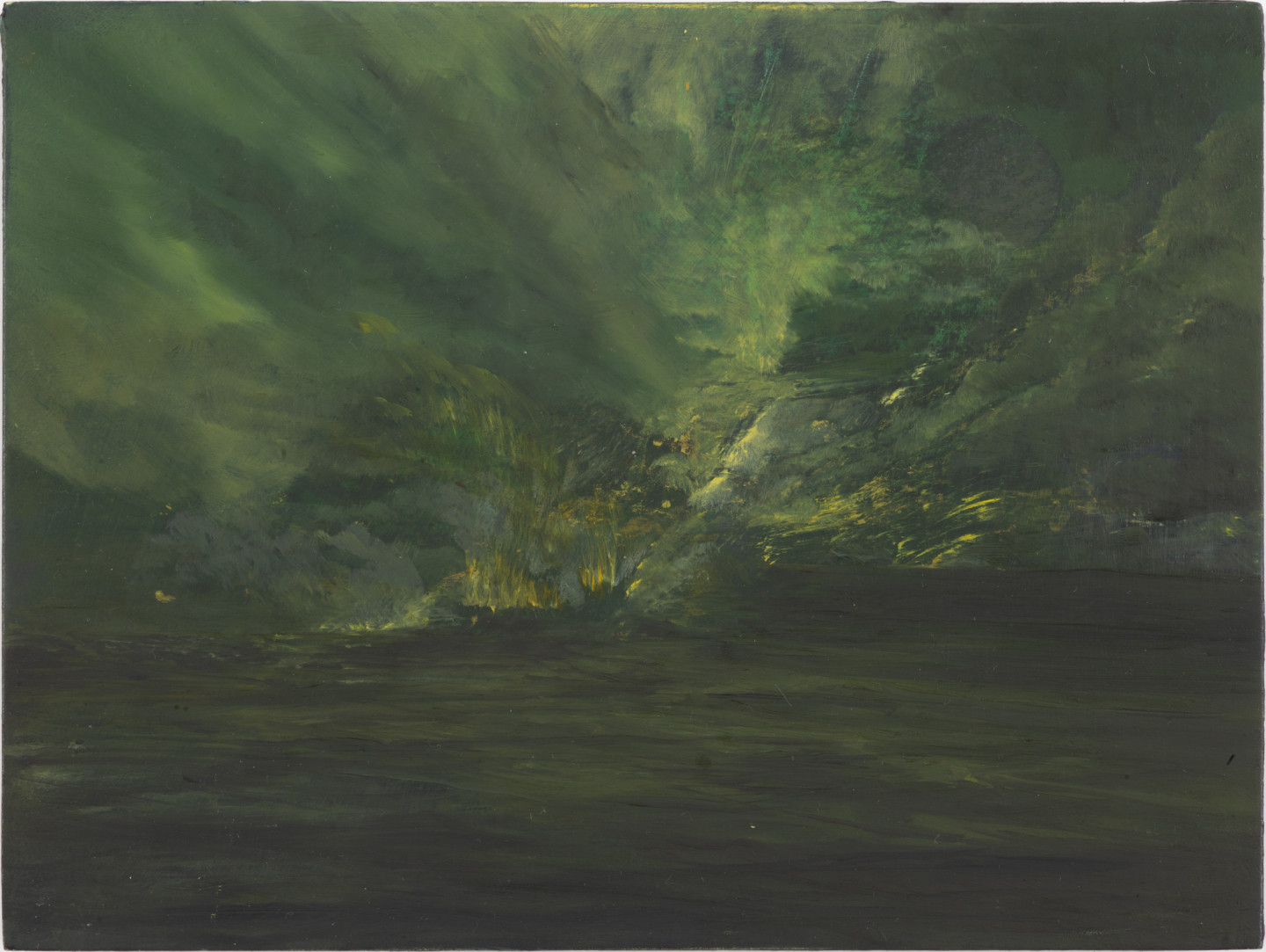 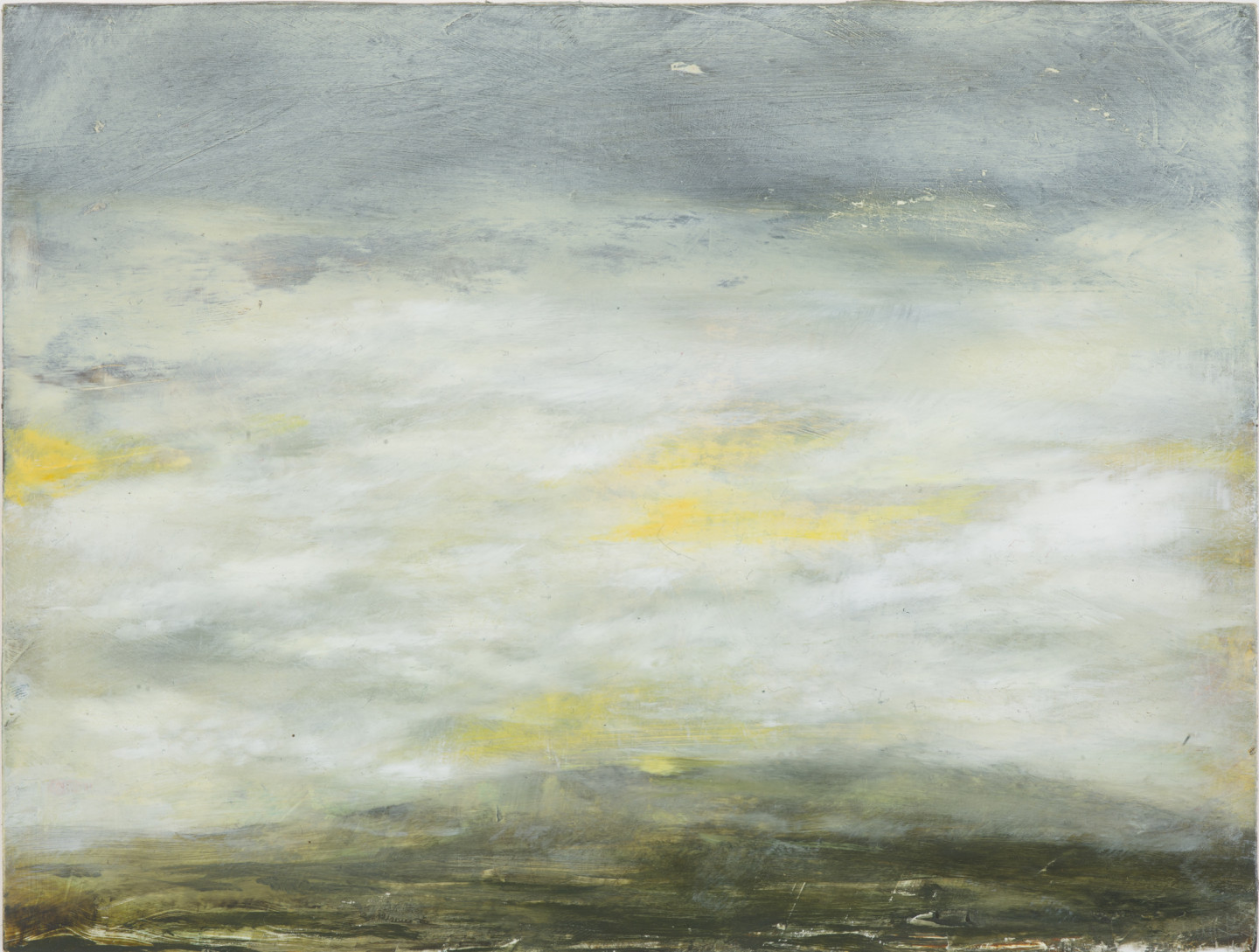 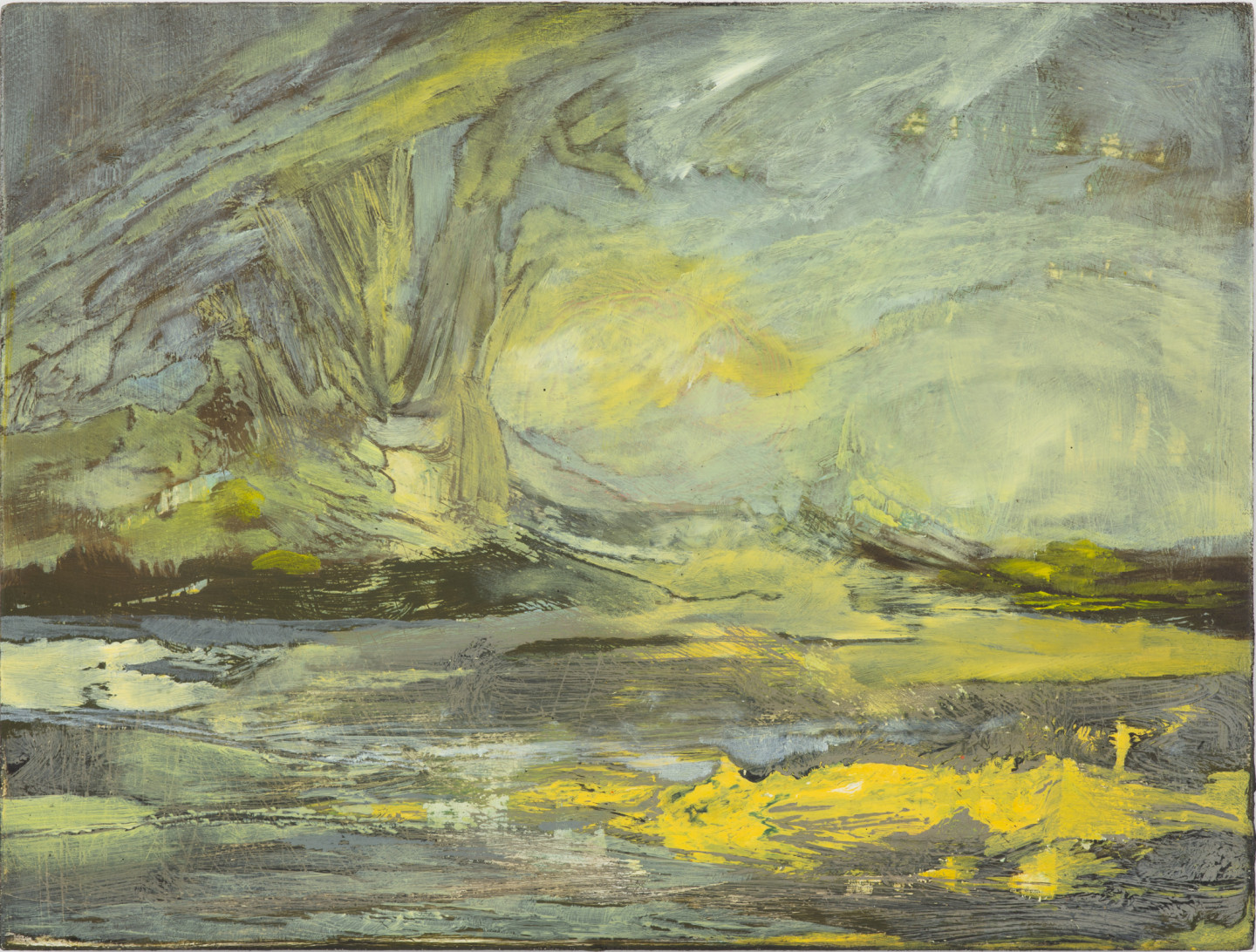 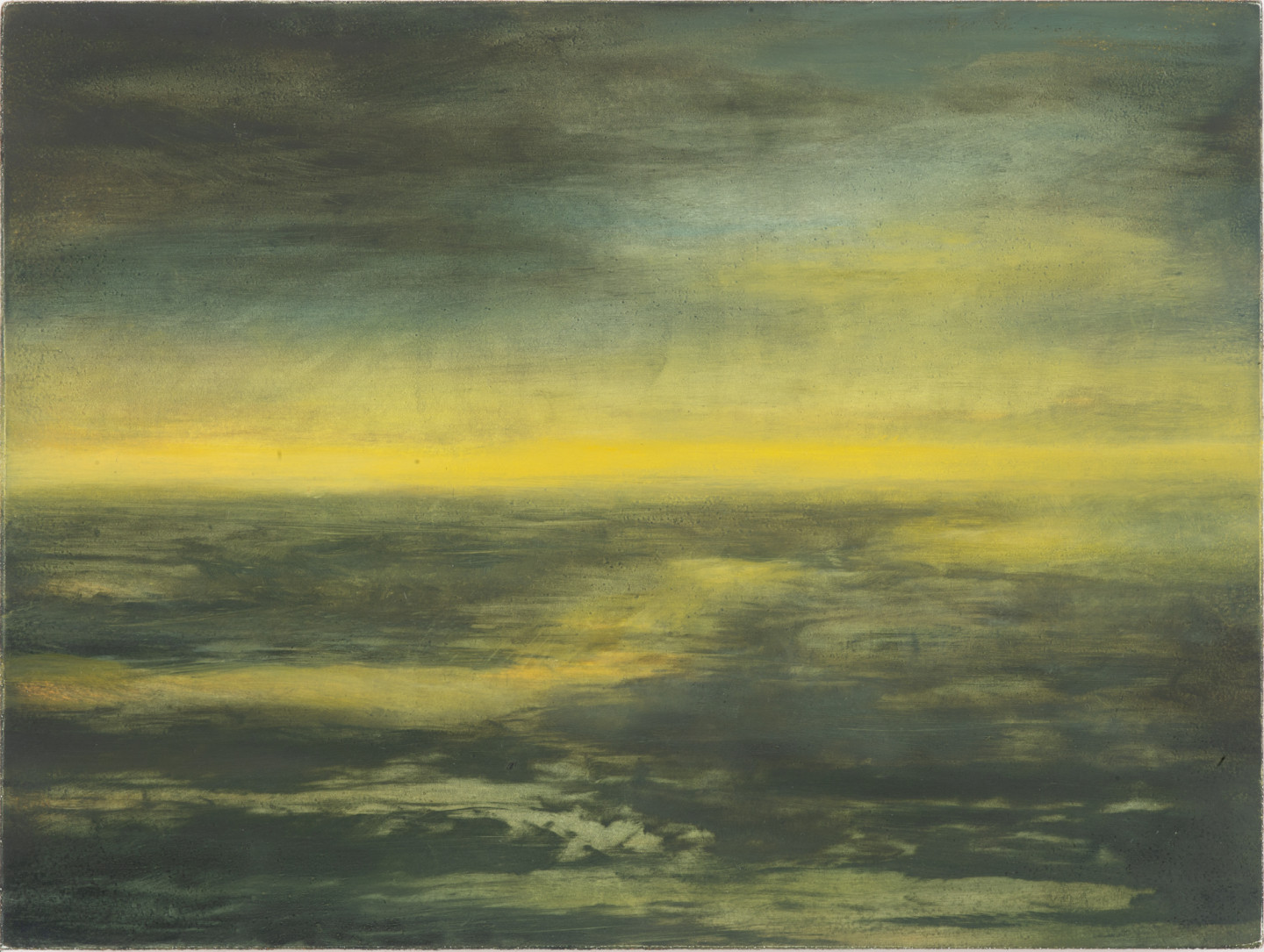 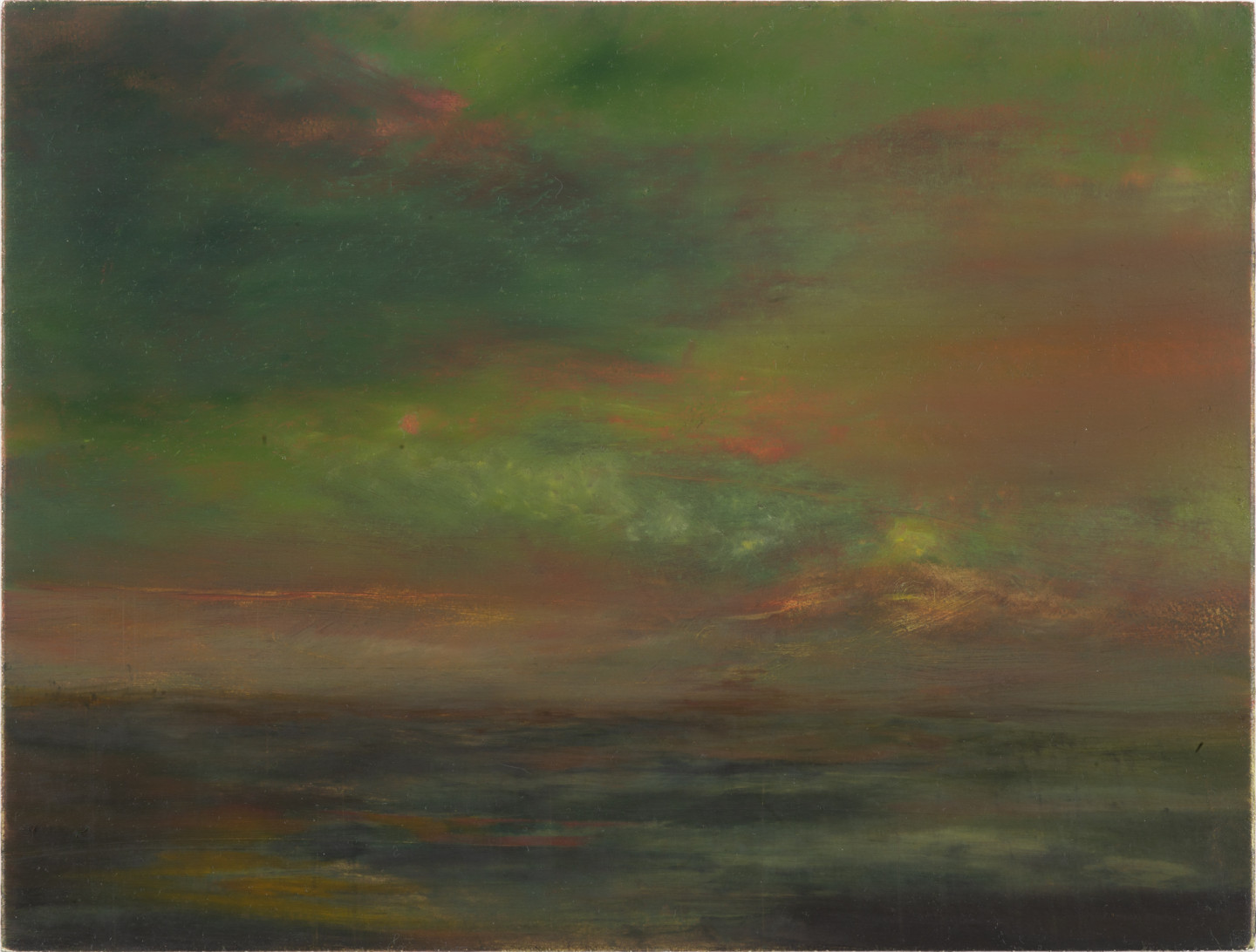 The series of works in Daniella Portillo’s La Memoria de la Tierra (Memory of the Land) arose in 2018 and have continued since. Painting onto panel, Portillo begins with bright color, working over it with layers of paint and varnish, carefully scraping and sanding the surface back, repeating this process over and over. As layers of color come forth, she starts pulling out the landscape, building the light source into the image from inside of it. 2018 was the year Portillo revisited her grandfather’s home in El Salvador—a house where she had lived partially—for the first time since leaving the country for the US at the age of seven, about a decade and a half prior. Following her return, she decided to make a study from this visit, which would become the first in this series. Numbered chronologically in the order of their completion since then, Portillo’s works contain their own layered timelines. It’s through this course of accumulation and deterioration that she concentrates in on the problem of physical space as betrayed through the shades of memory.

Each image develops unplanned. Without sketch or photograph, Portillo carries the works out directly through a sensitivity to the spatial qualities of light as it emerges from color within the 6 by 8 inch frame of the work. Guided by the atmosphere of place that Portillo describes as etched into her memory, many of these paintings are based on the experience of her return, while recollections of her earlier childhood remains more hazy: mountains, a dirt road, movement uphill. In many, it’s unclear whether the image shows a body of water or land, a storm or volcano. In this ambiguity and potential switching lies the essence of the work. Just as Portillo reaches into her own consciousness, the viewer’s eyes adjust to the light in order to locate within the image one’s own personal recognition. In the newest works on view, four panoramic images take form through a gray palette. Untitled, these paintings push even further into the limits and immeasurability of what remains available in the experiences of loss and migration from home that are carried in the body through time and space. Thin glimpses of earth line the lower edge of these works, filled with exquisite stretches of sky. In this deep translation of emotional memory, Portillo grazes the sublime.

Daniella Portillo (b. San Salvador, lives and works in Jersey City) received her BFA from the Cooper Union. Her work has been exhibited in solo and group exhibitions at Storage Gallery and The Clemente Center in New York. 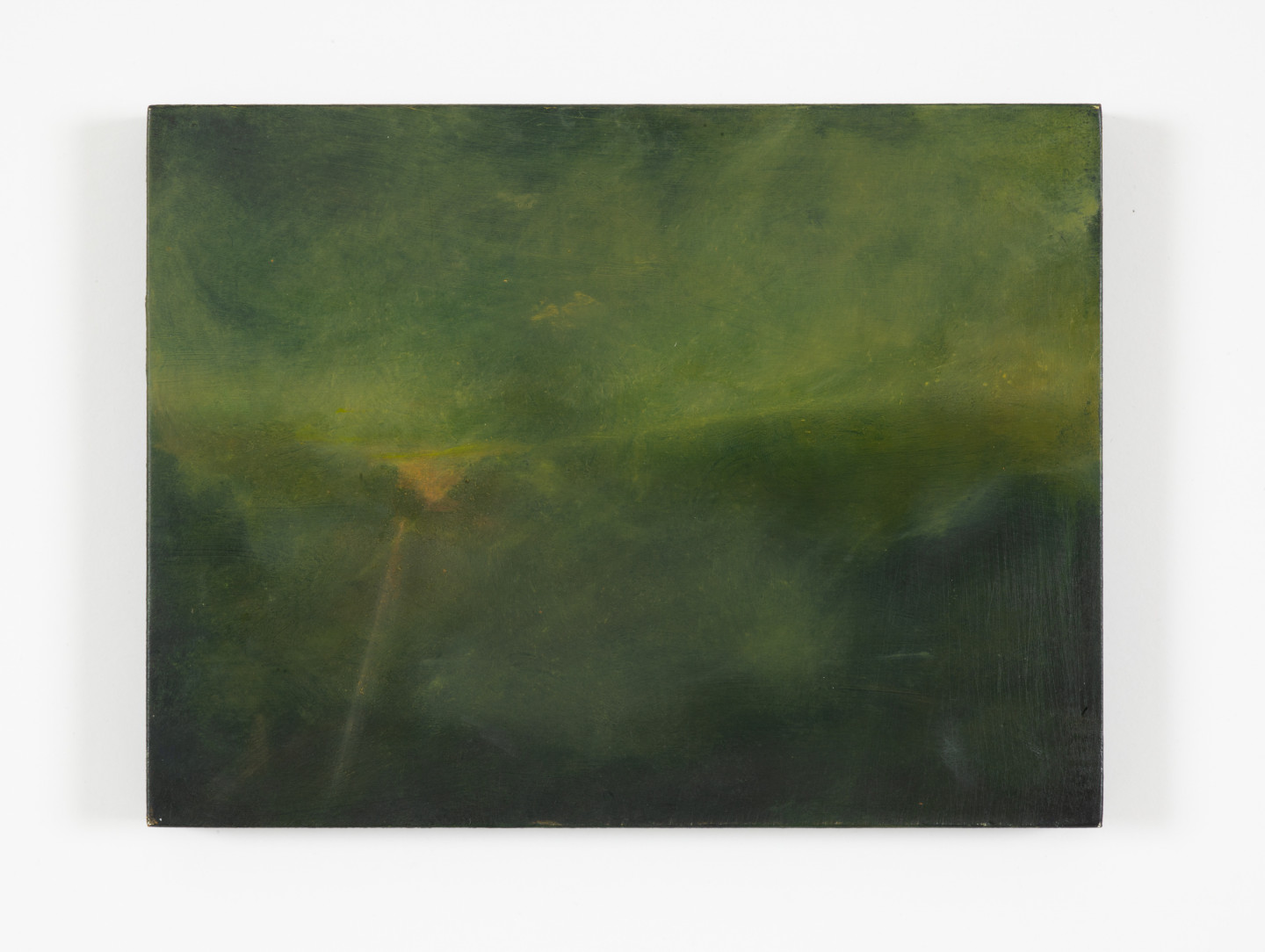 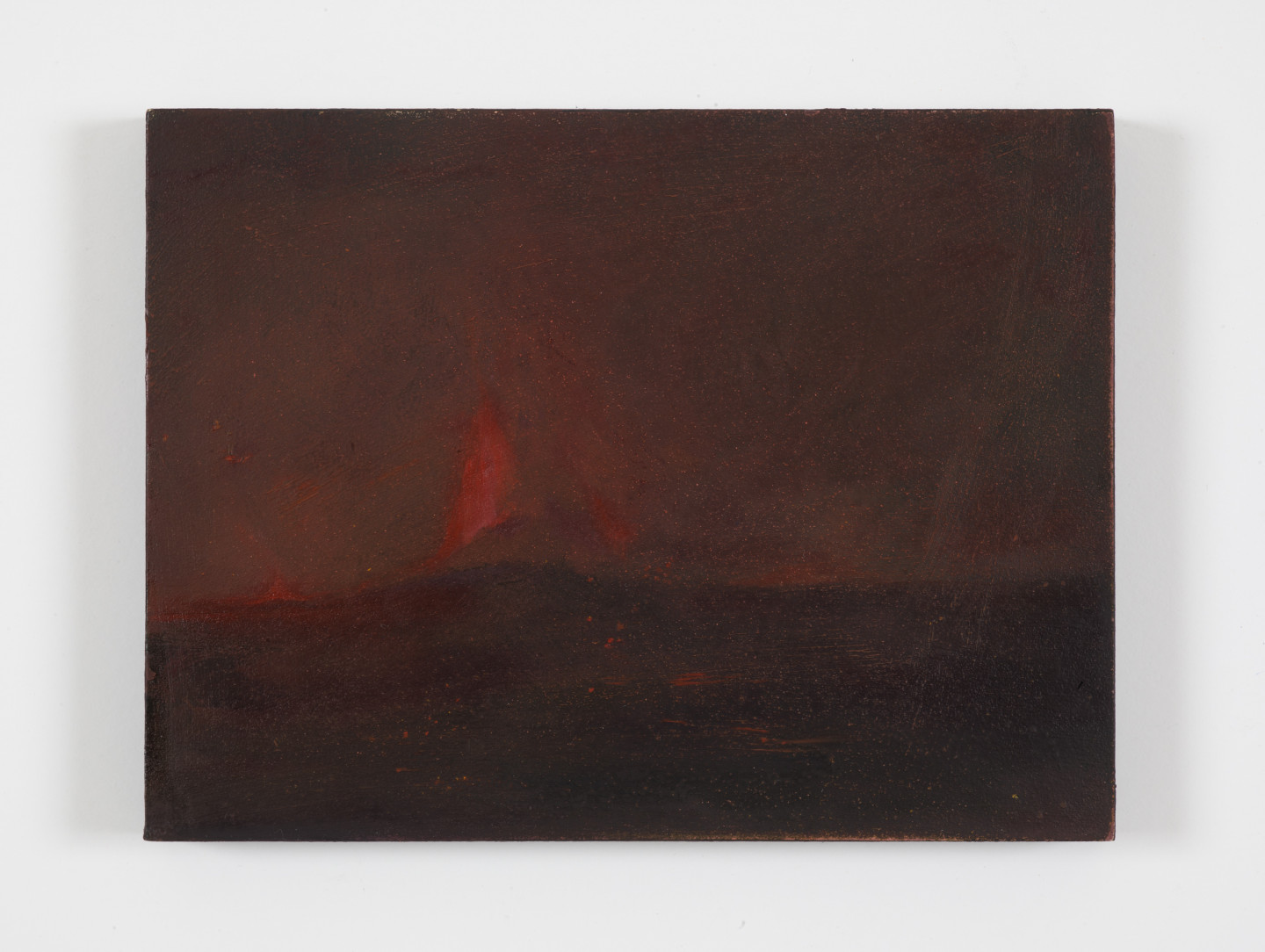 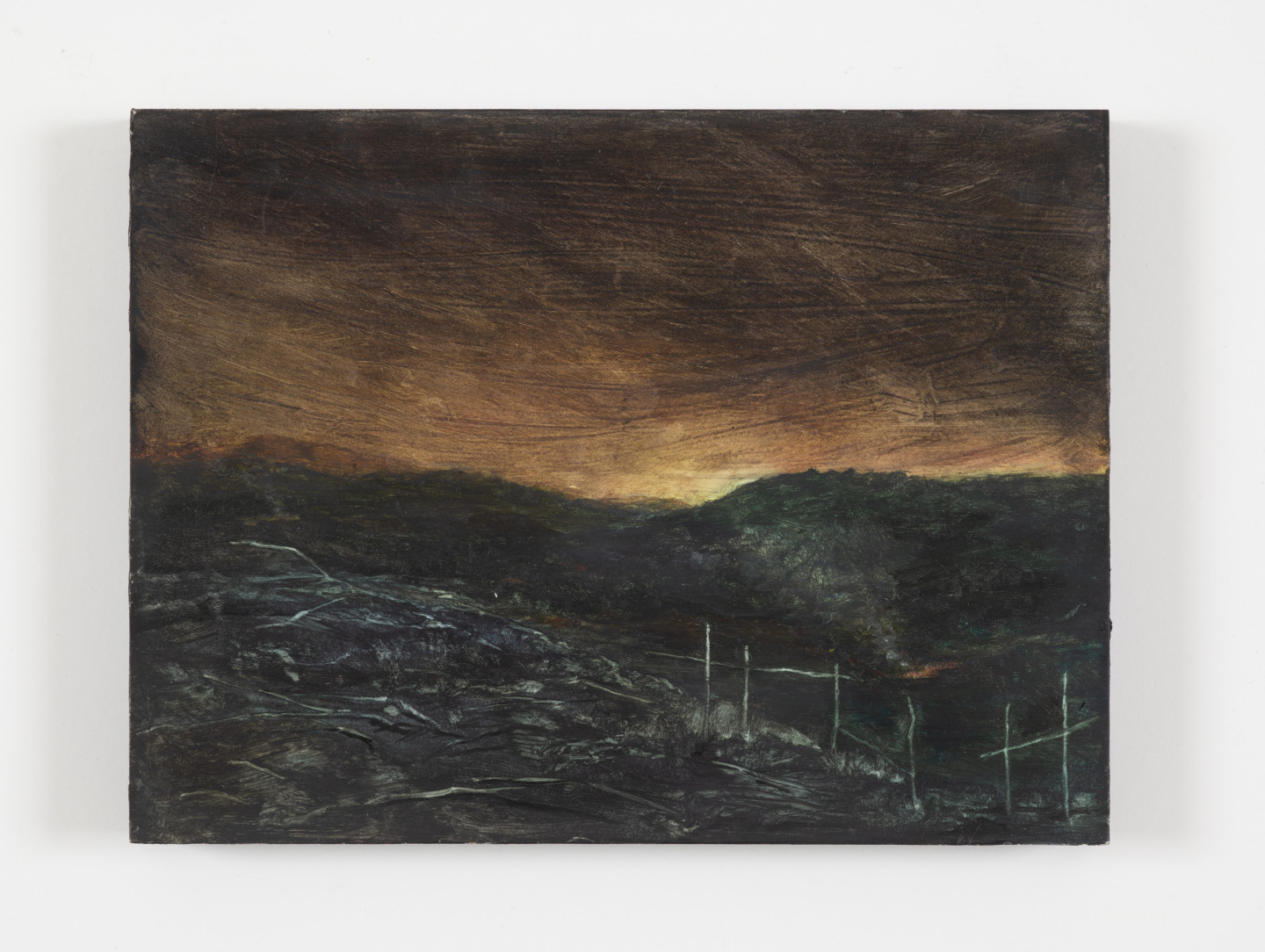 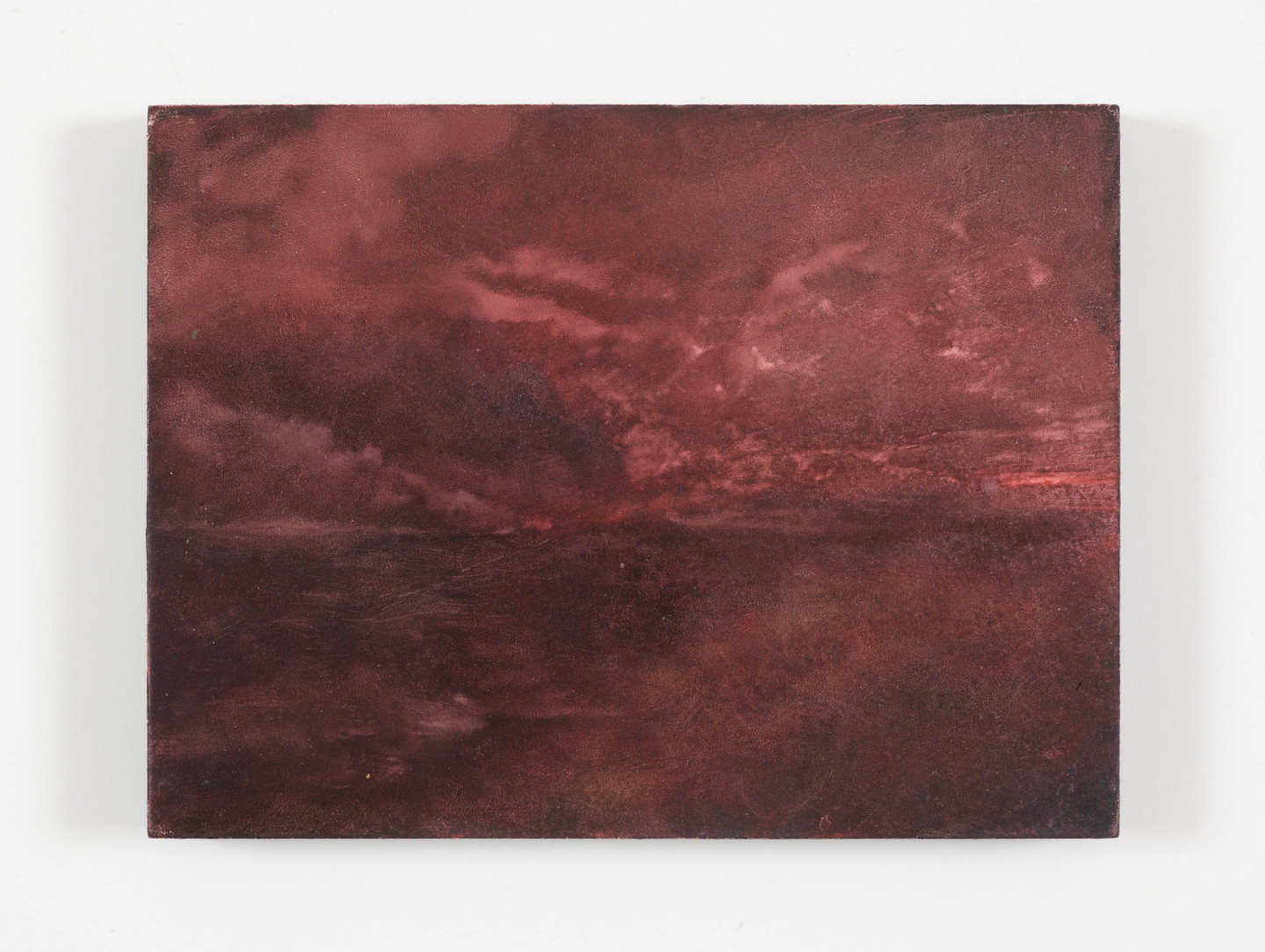 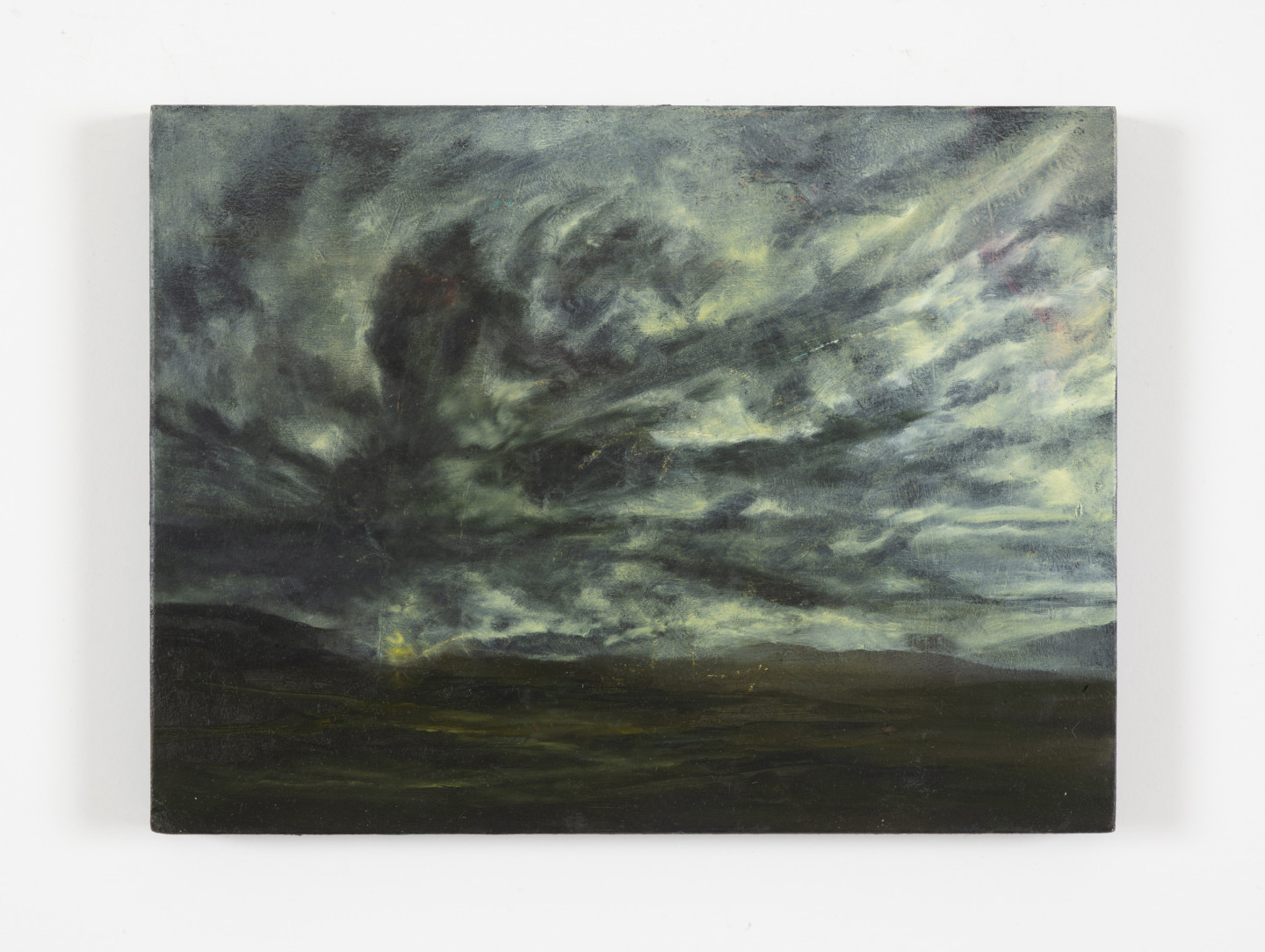 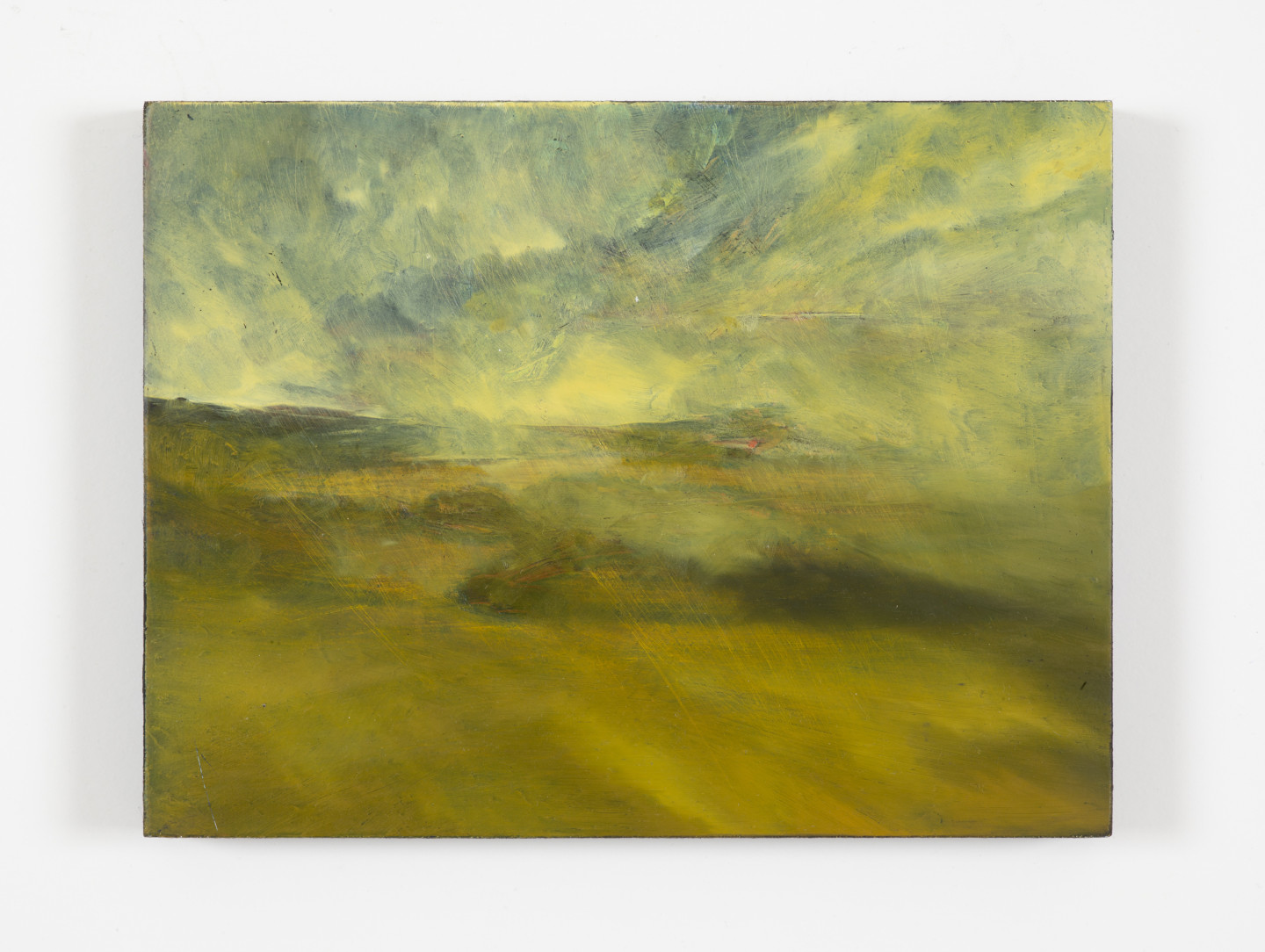 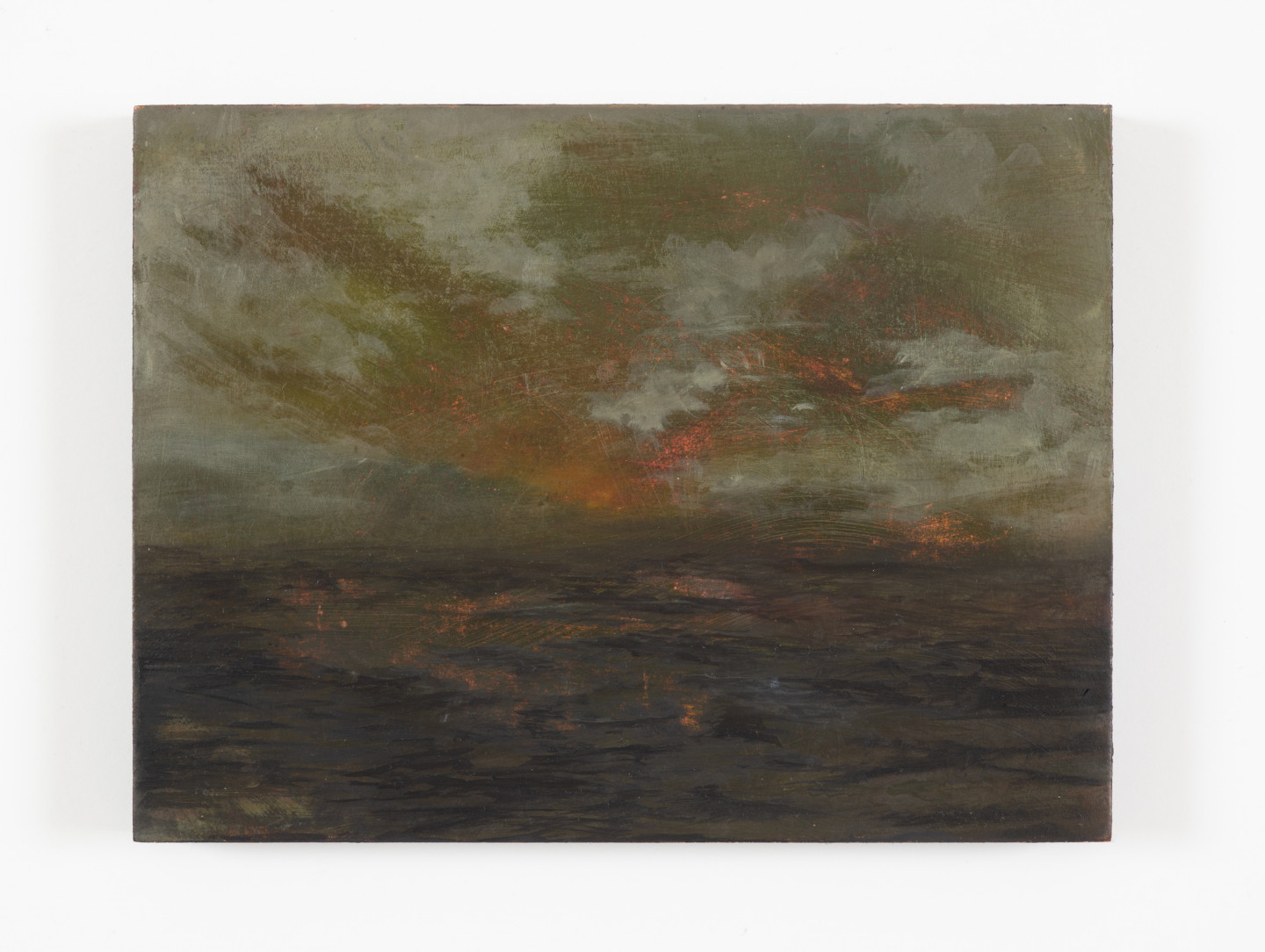 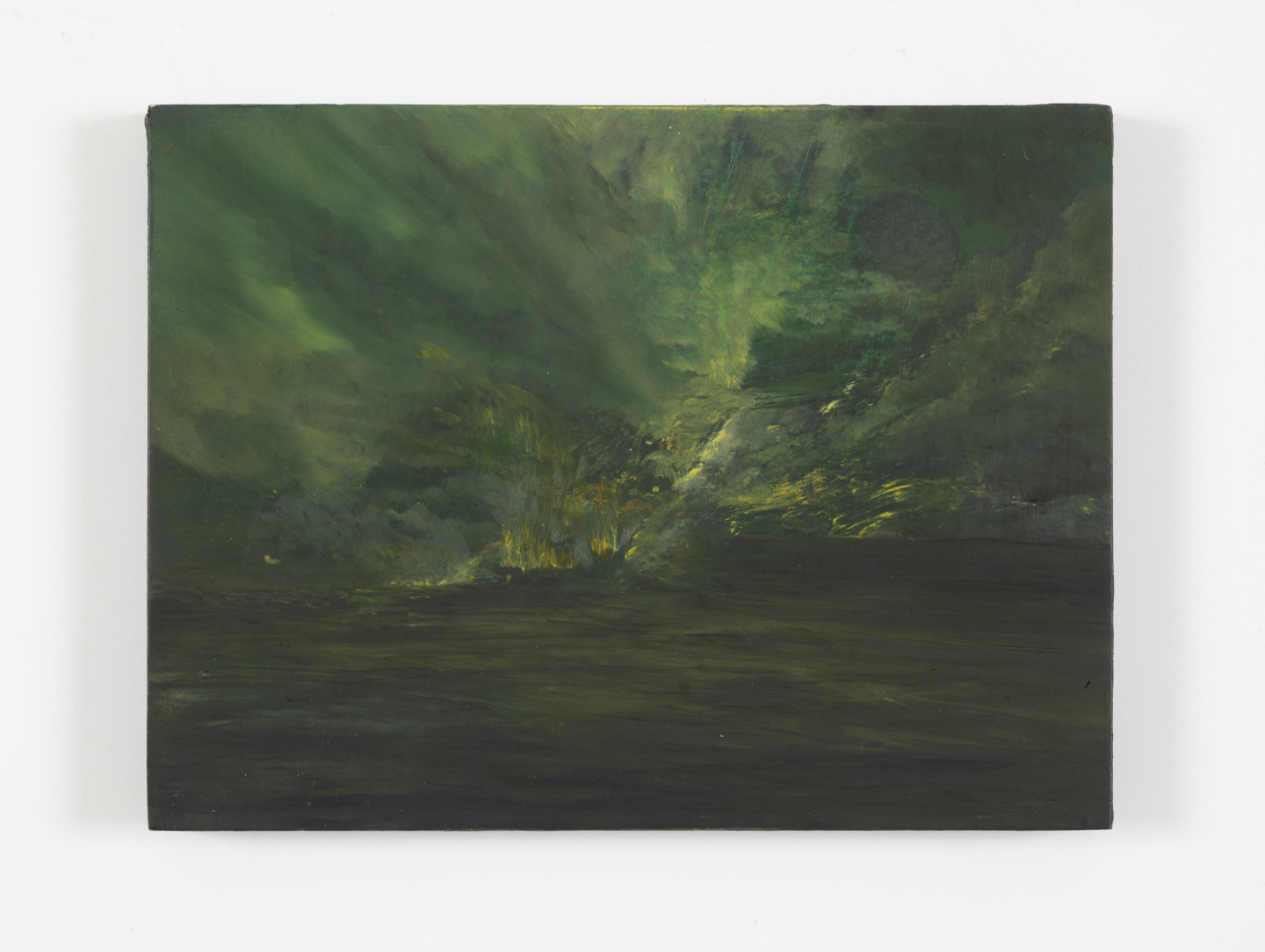 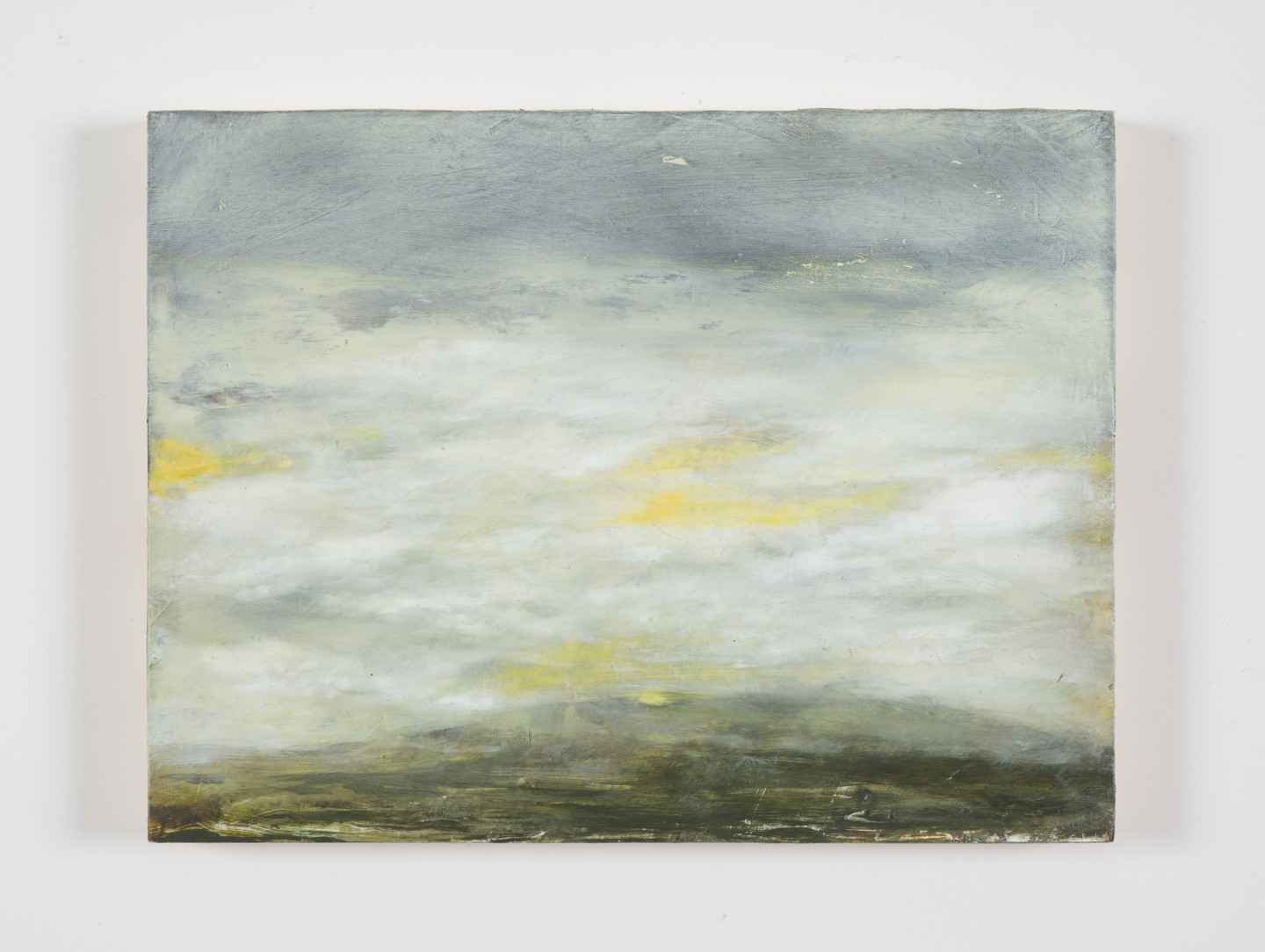 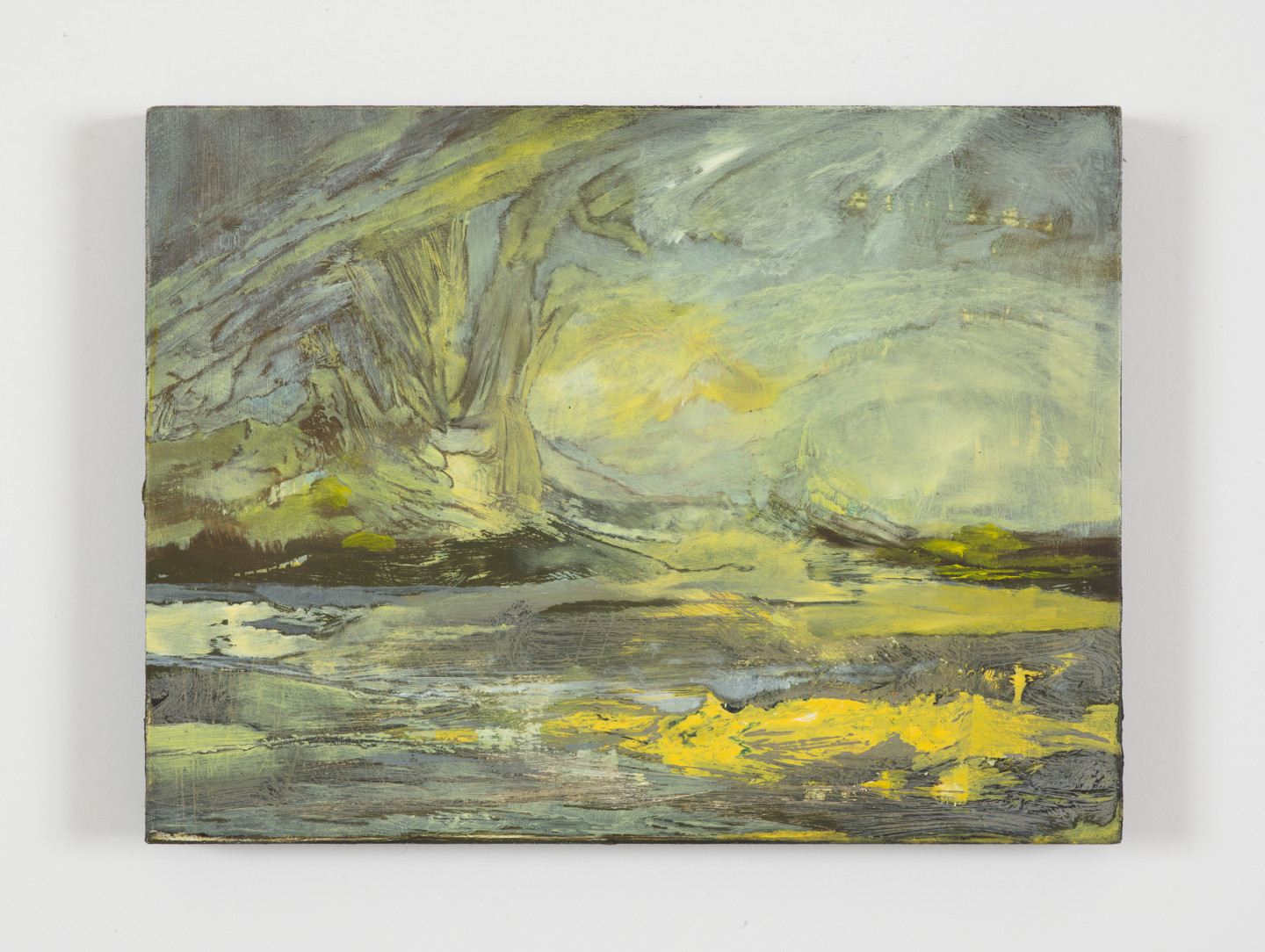 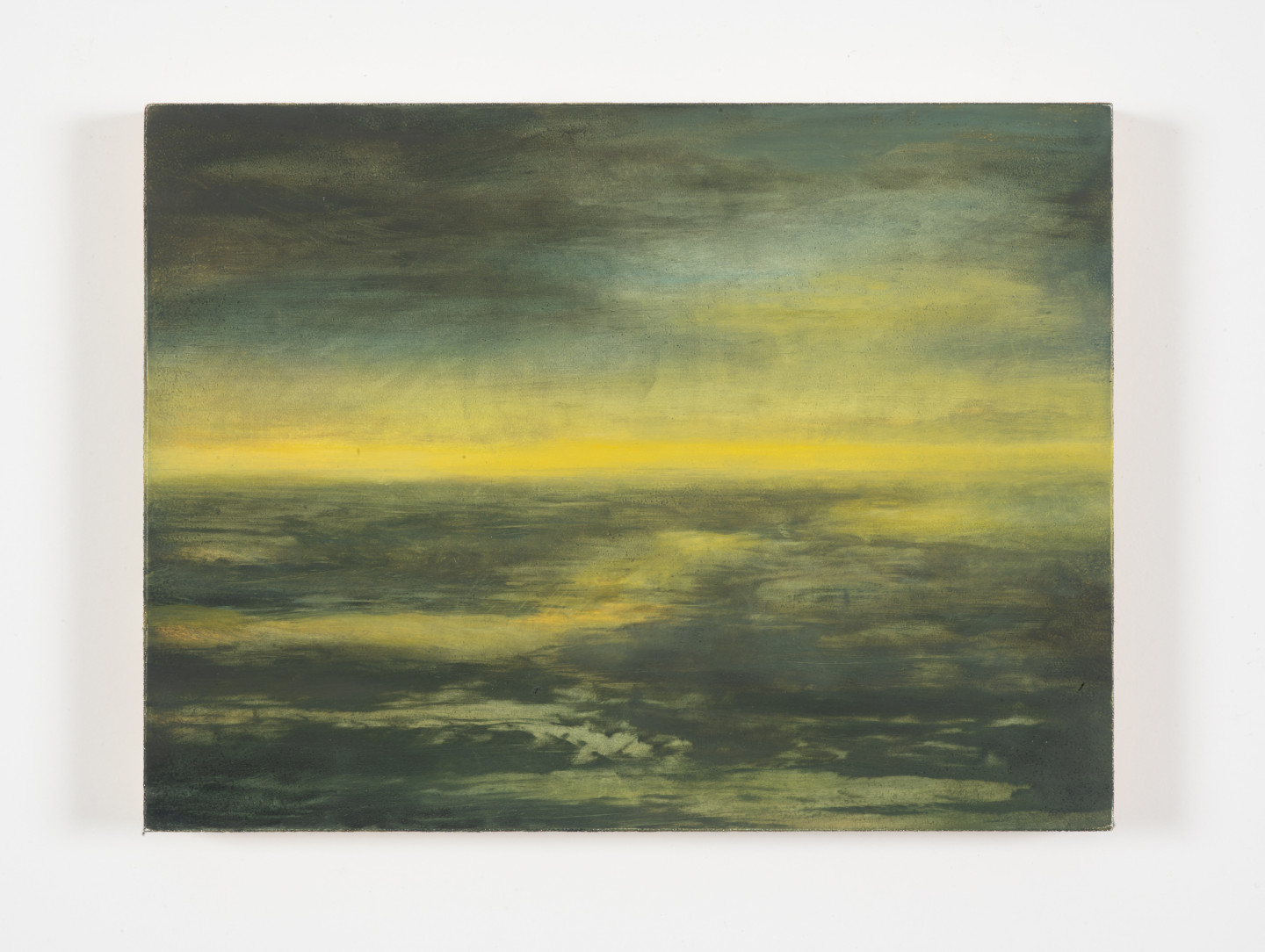 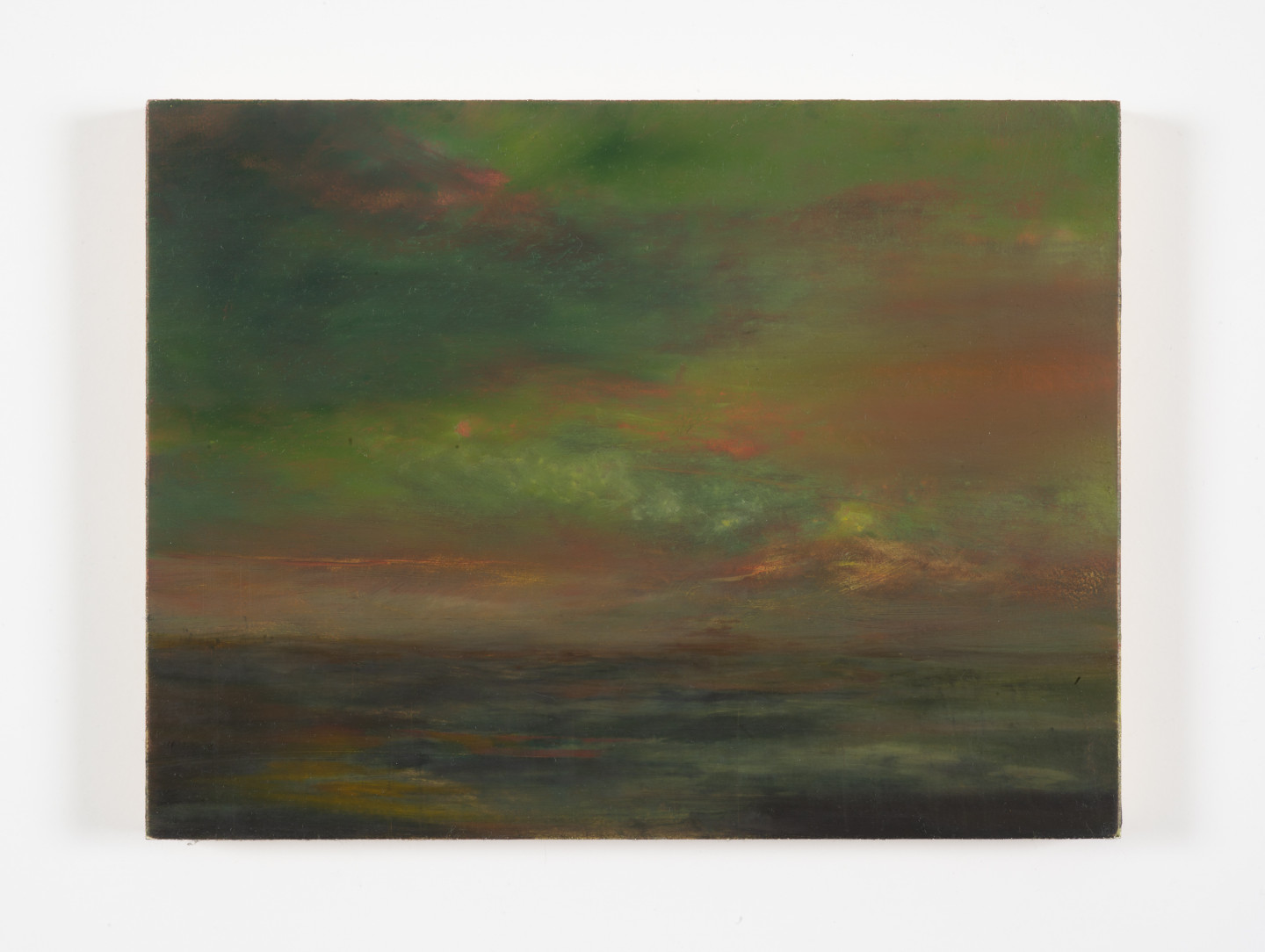 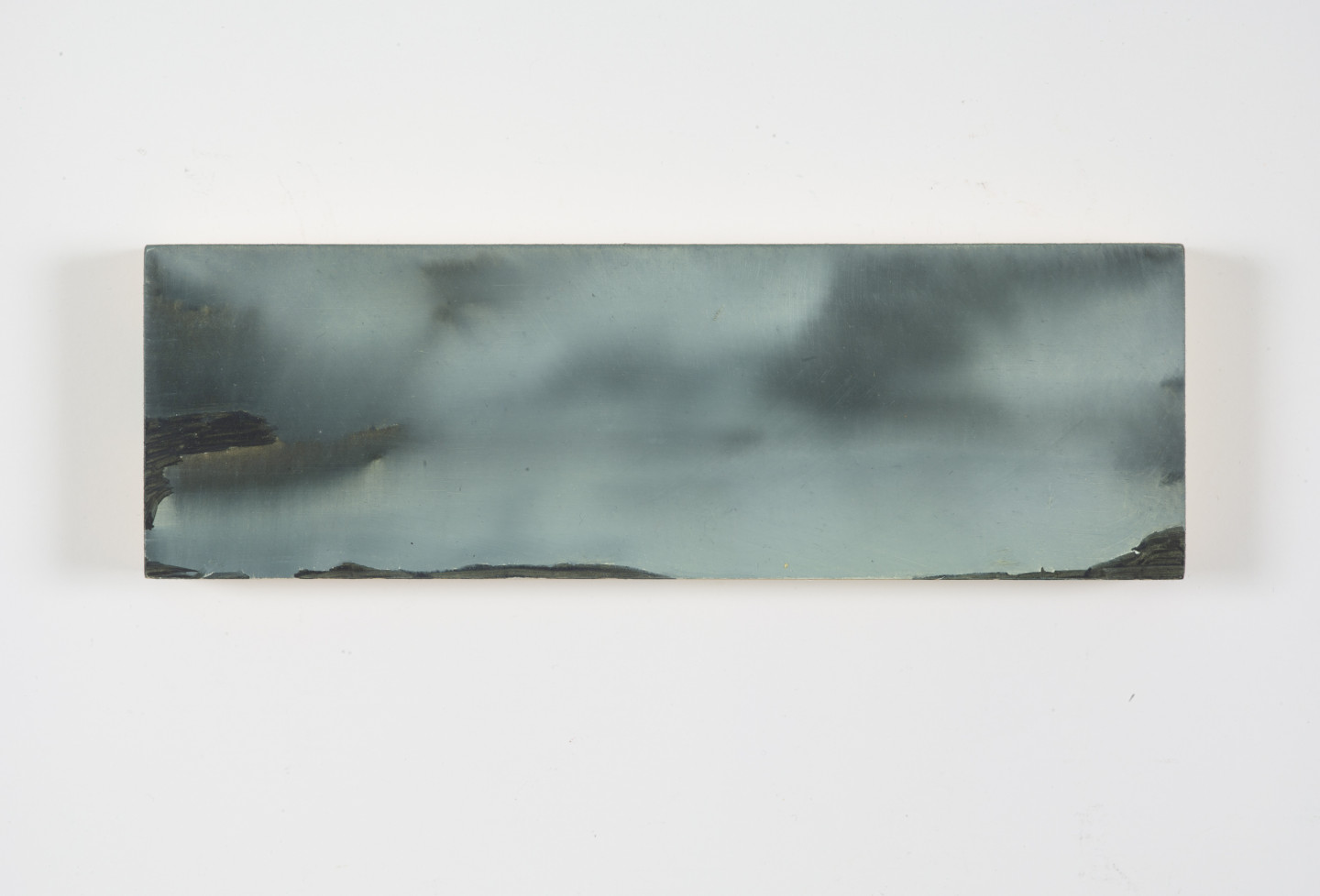 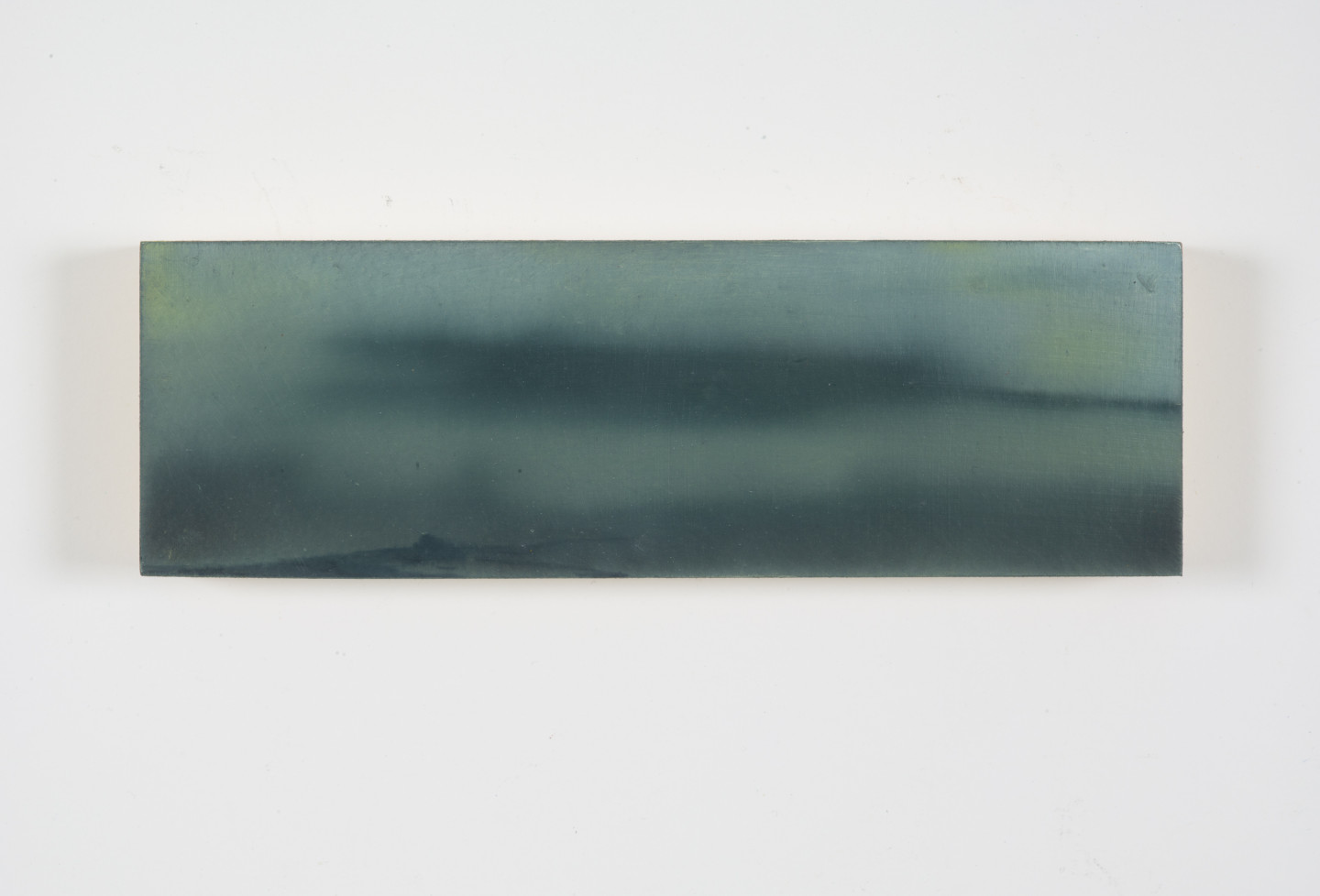 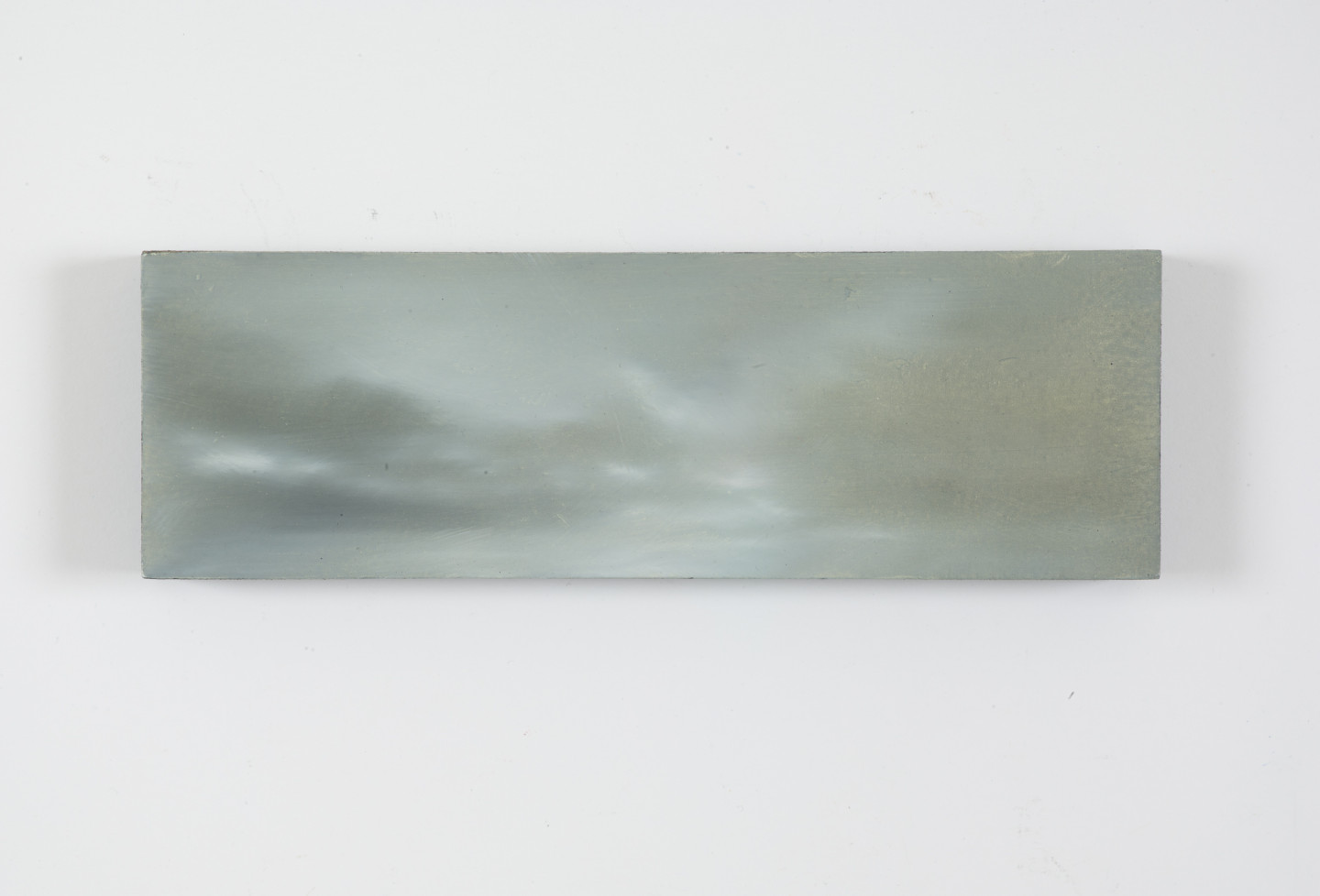 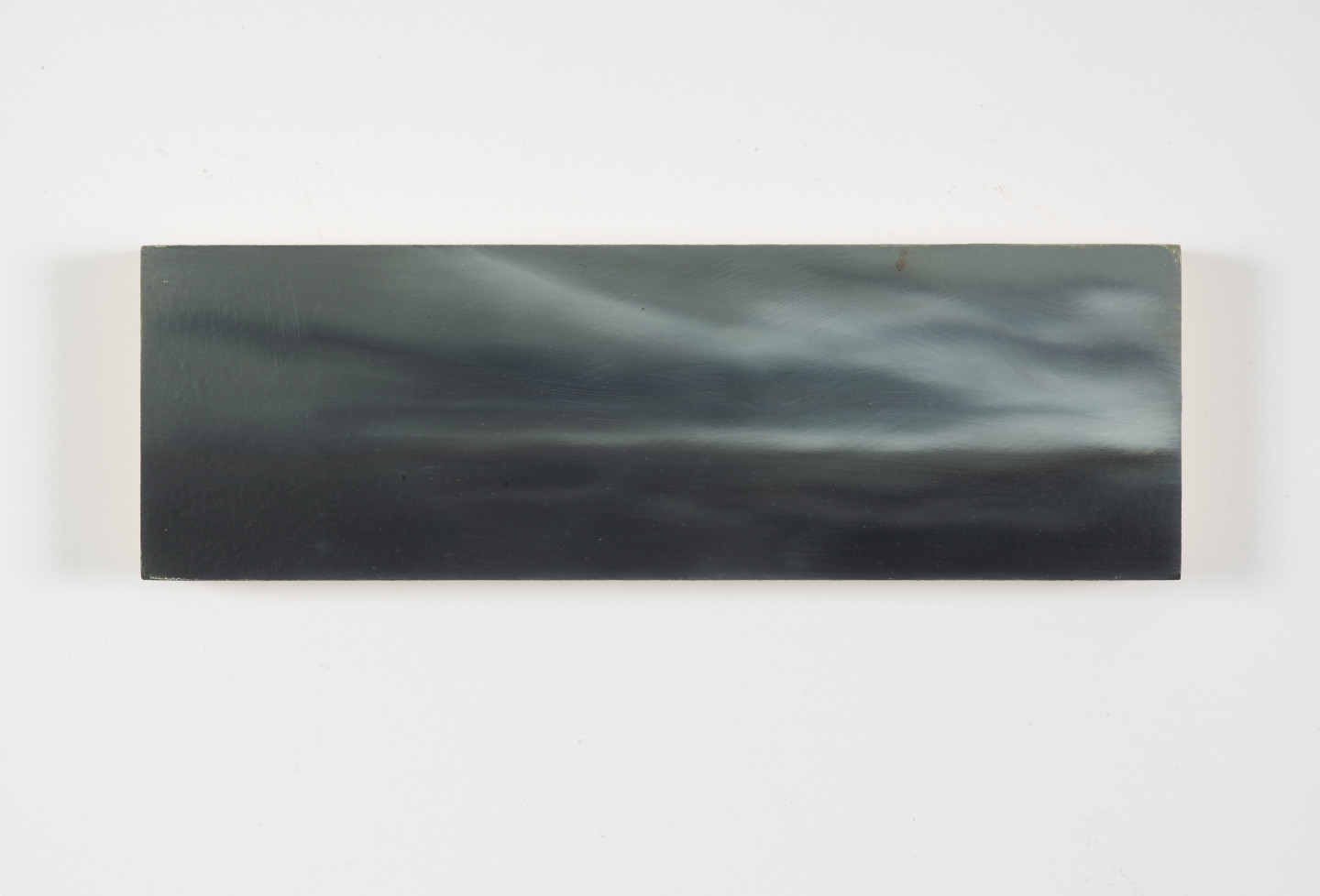