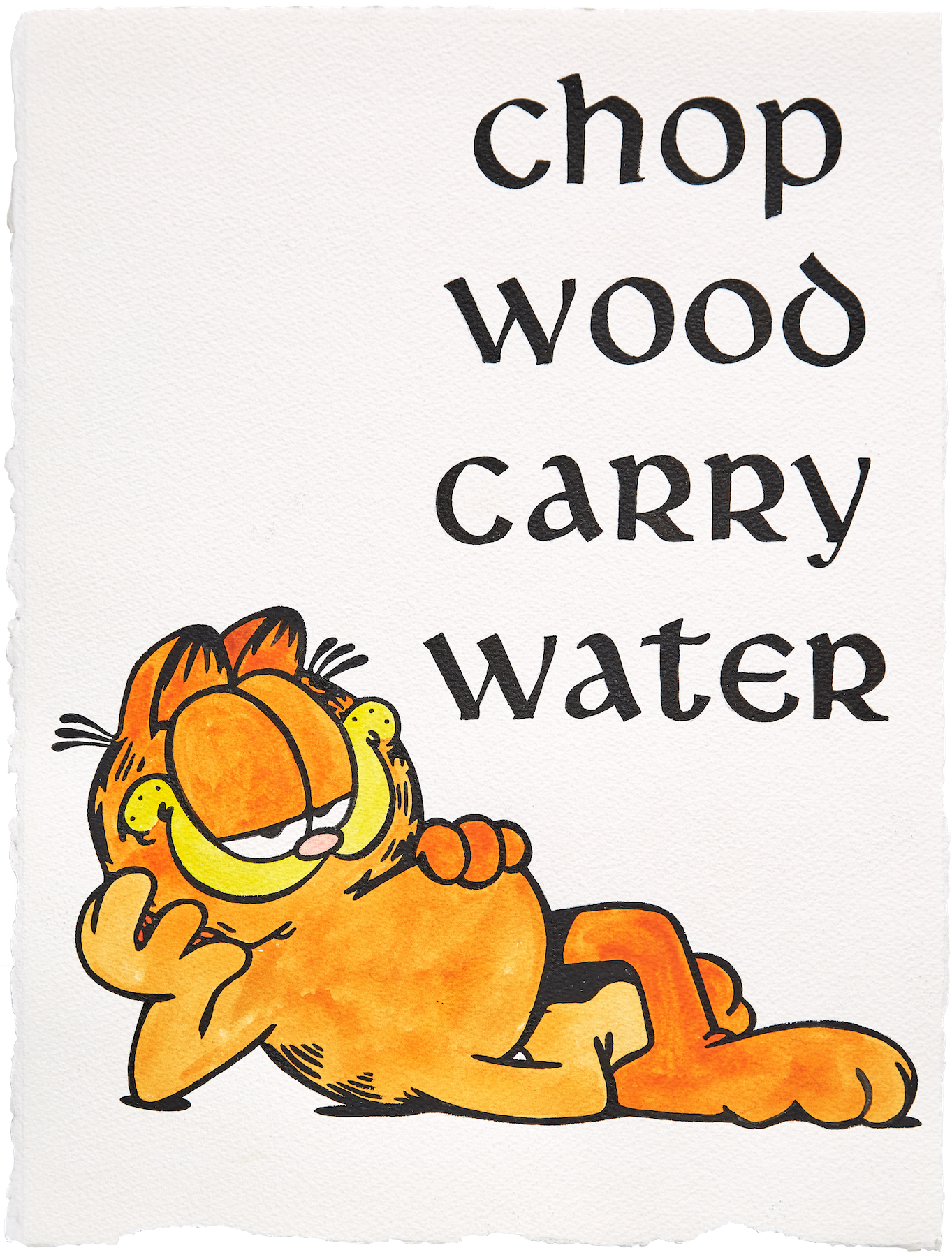 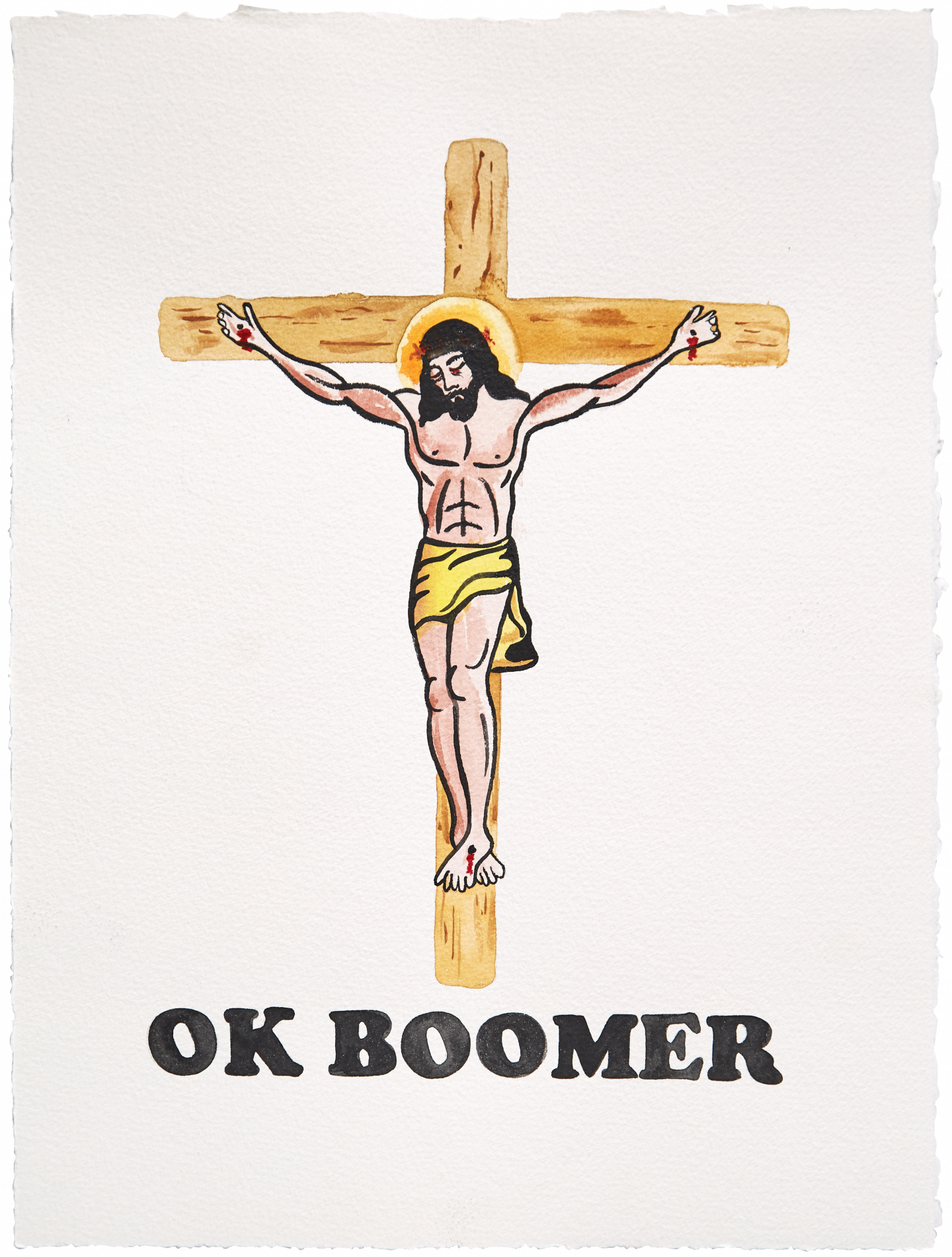 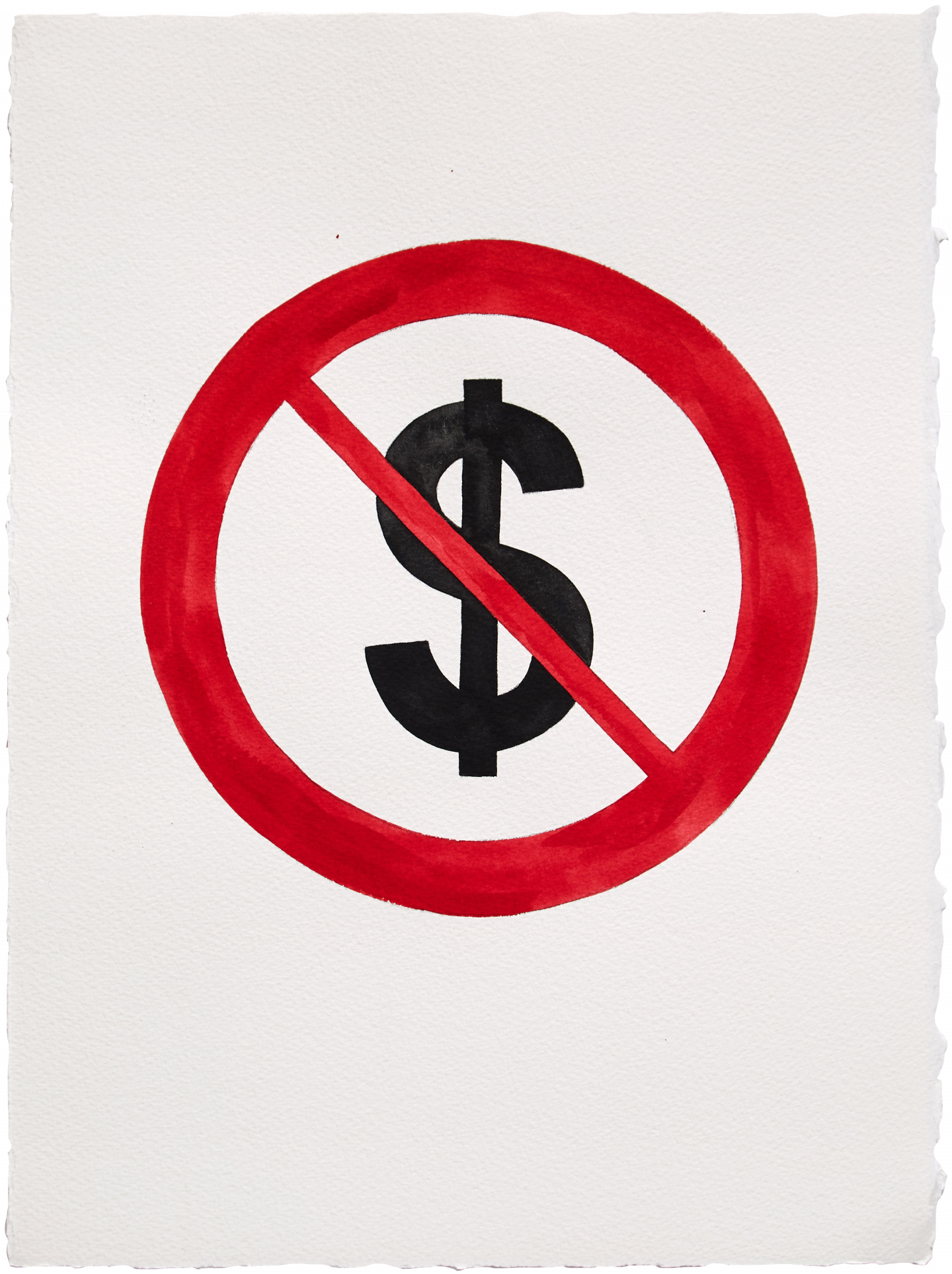 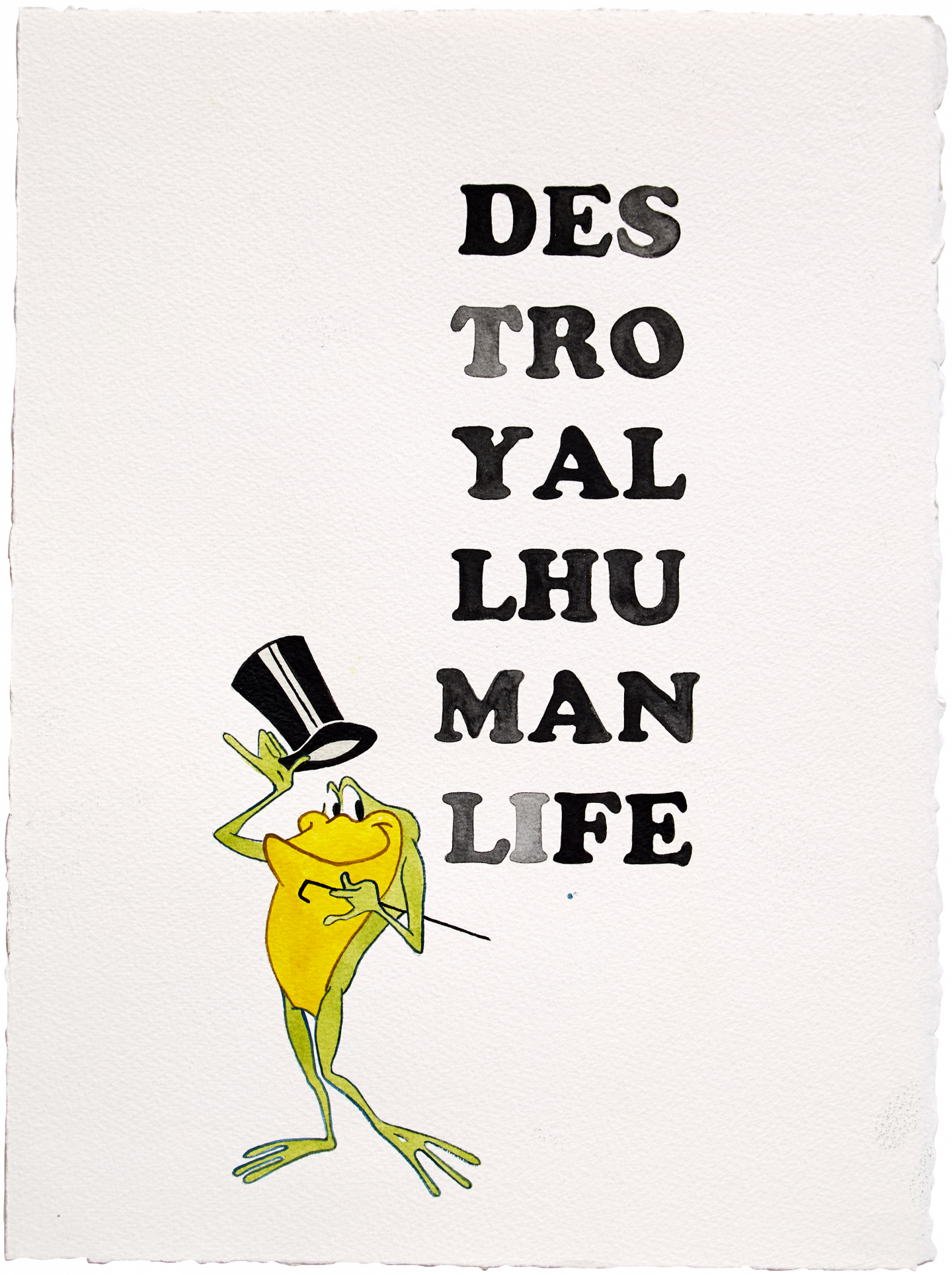 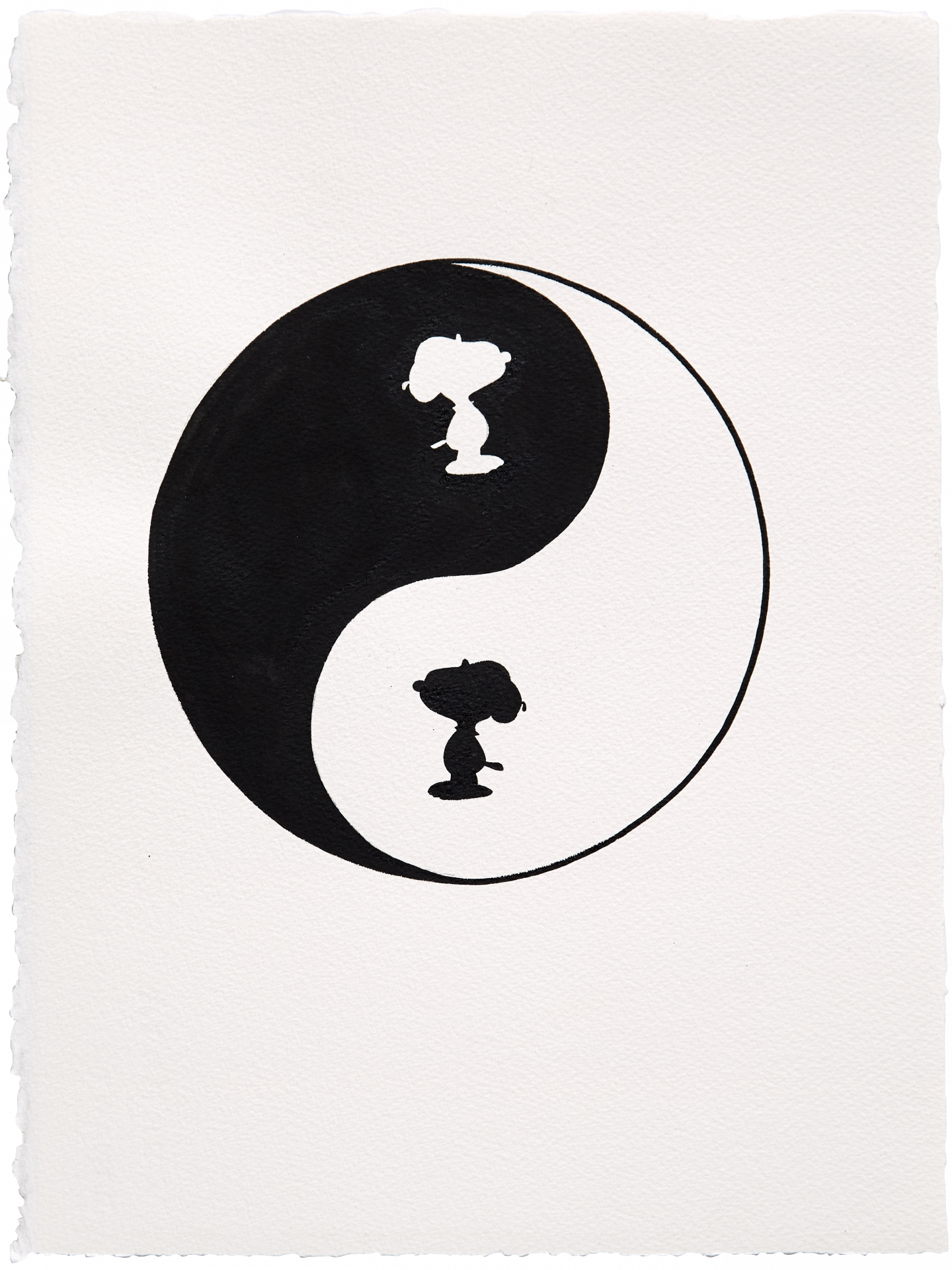 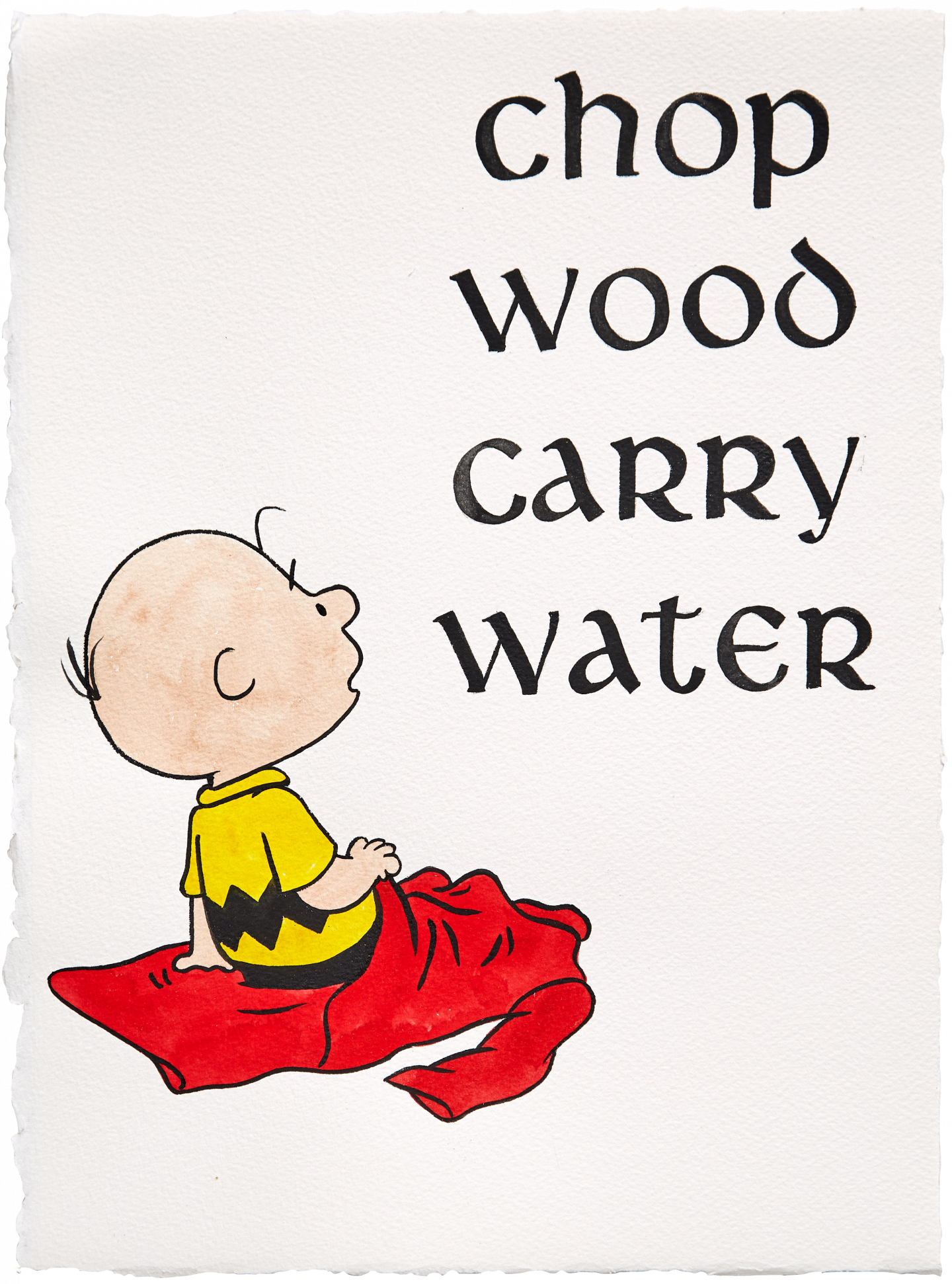 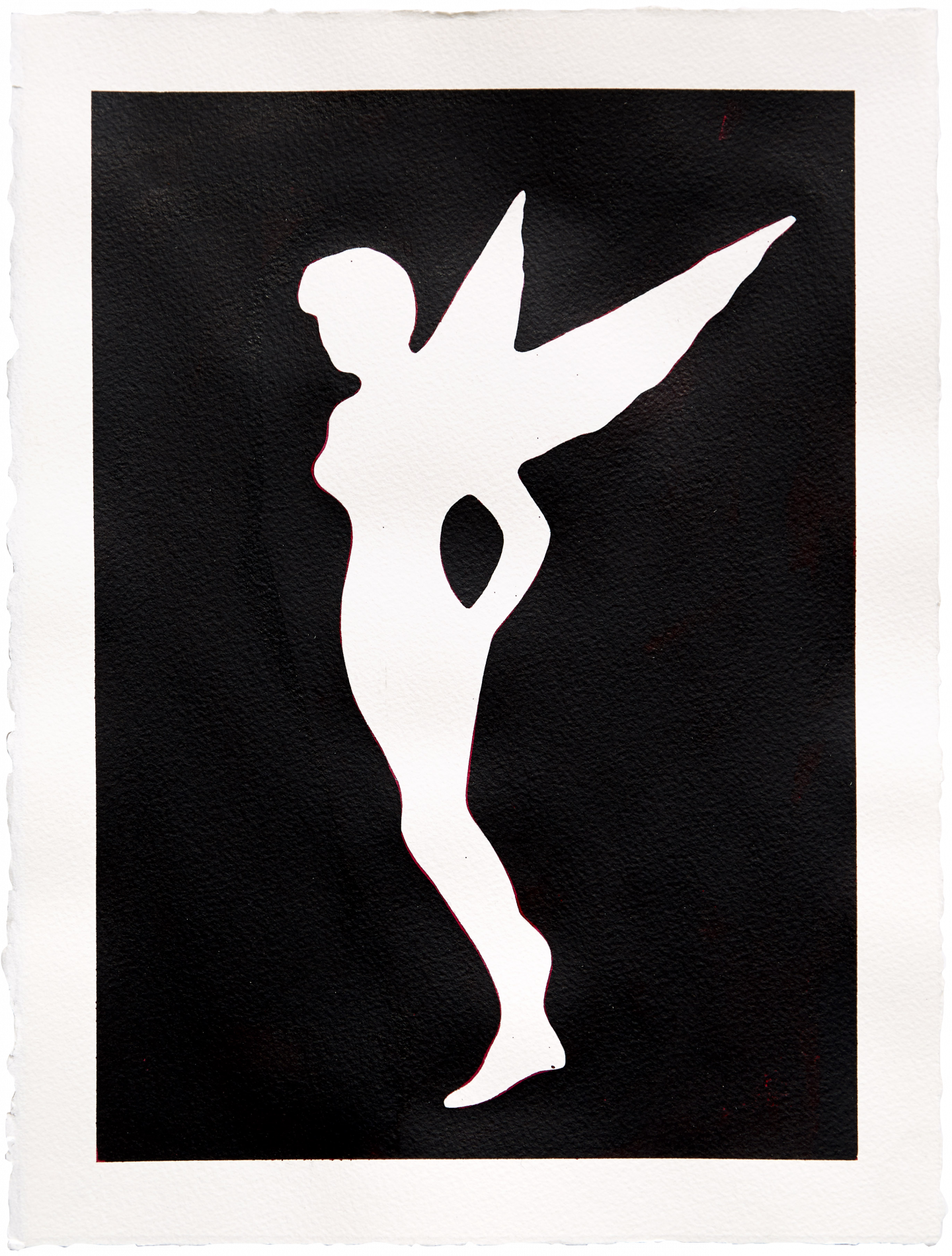 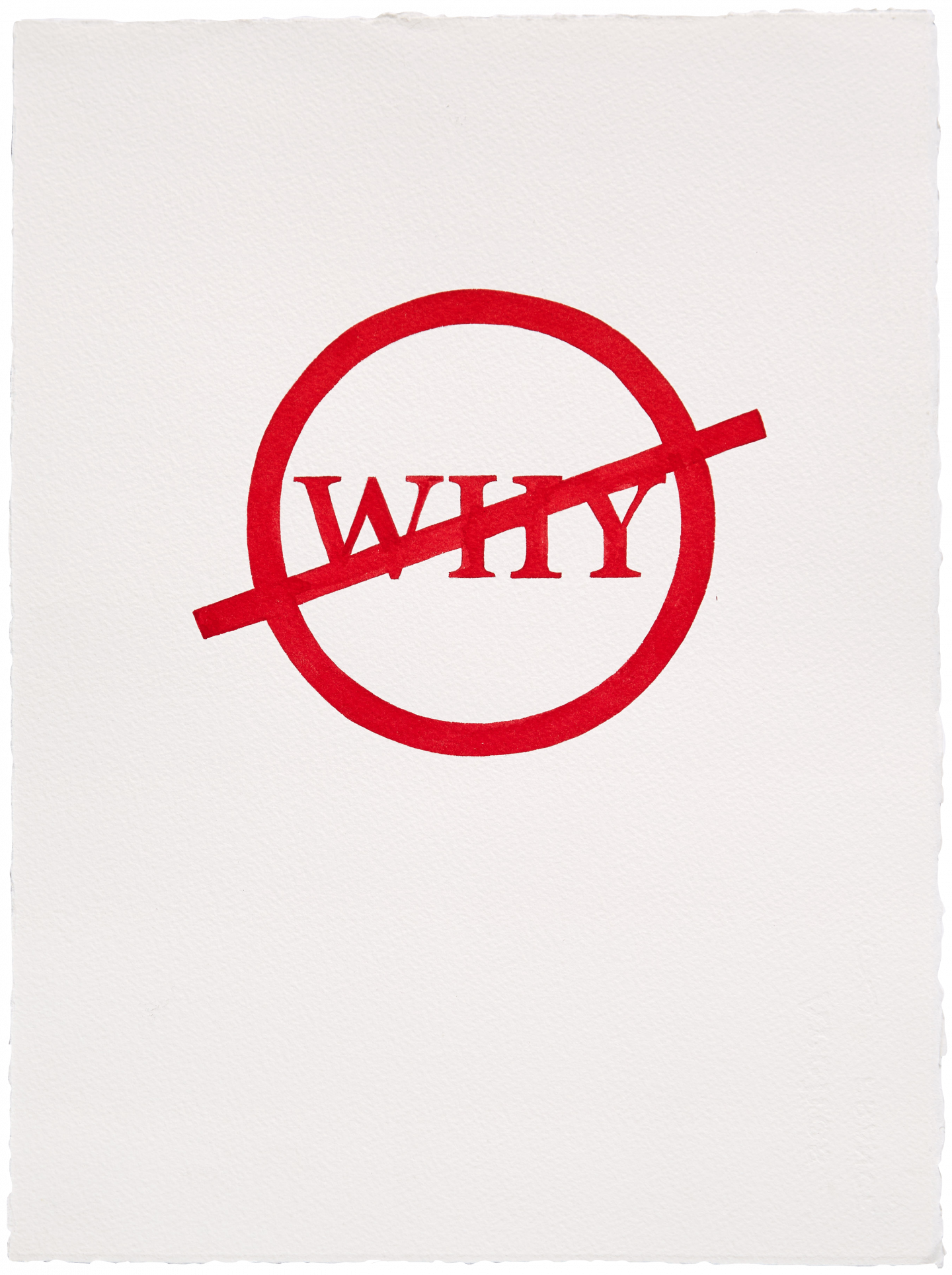 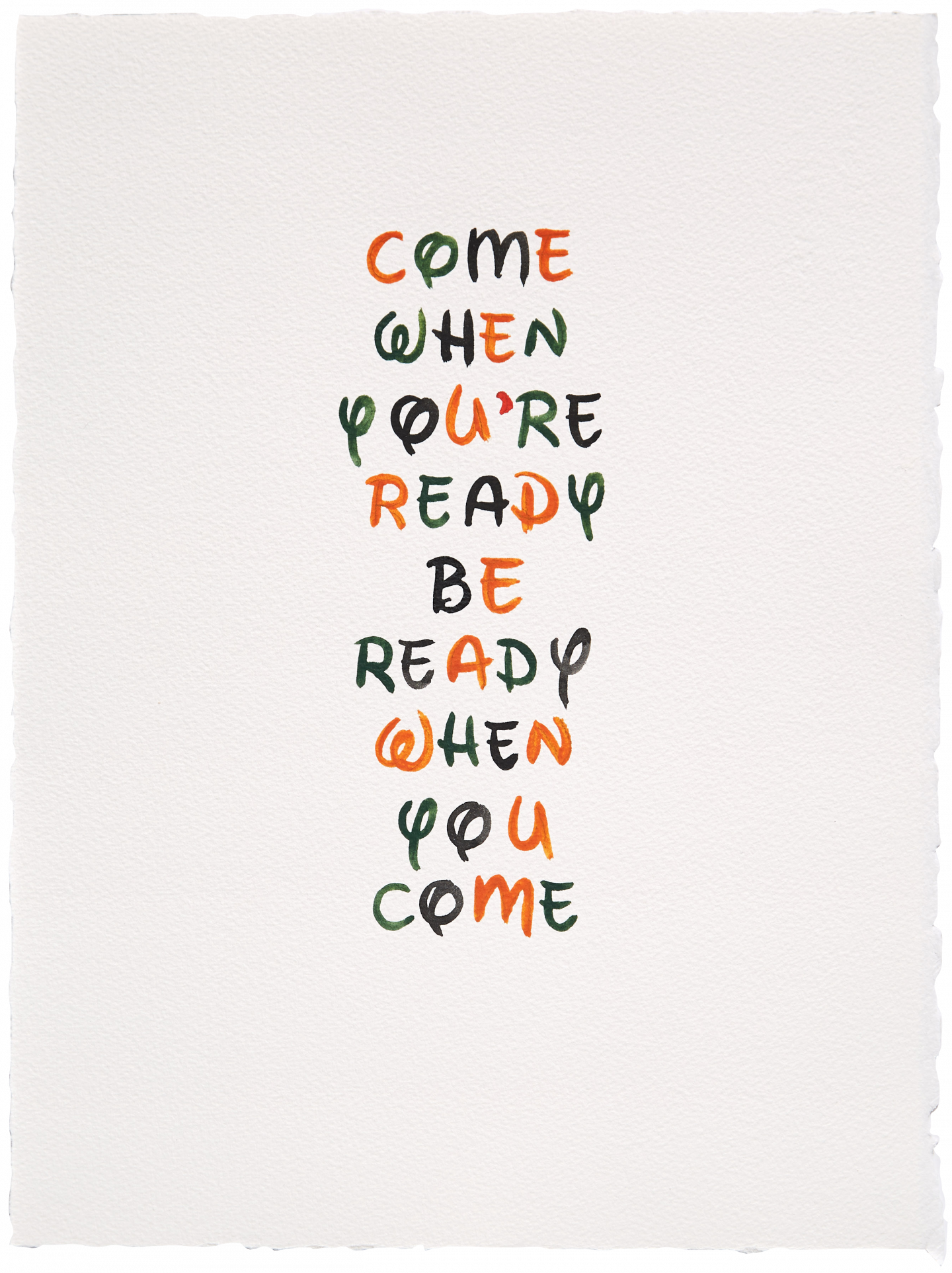 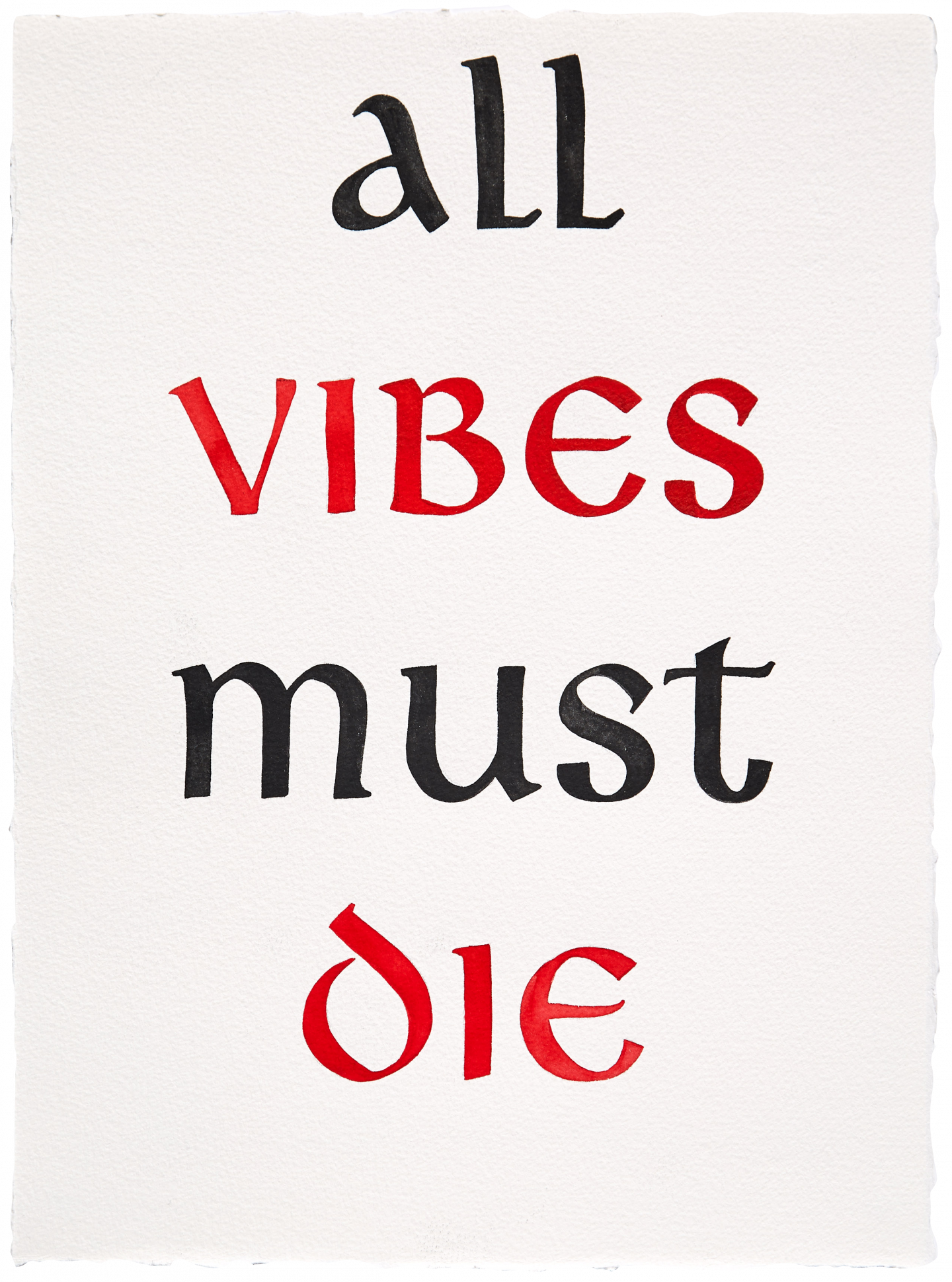 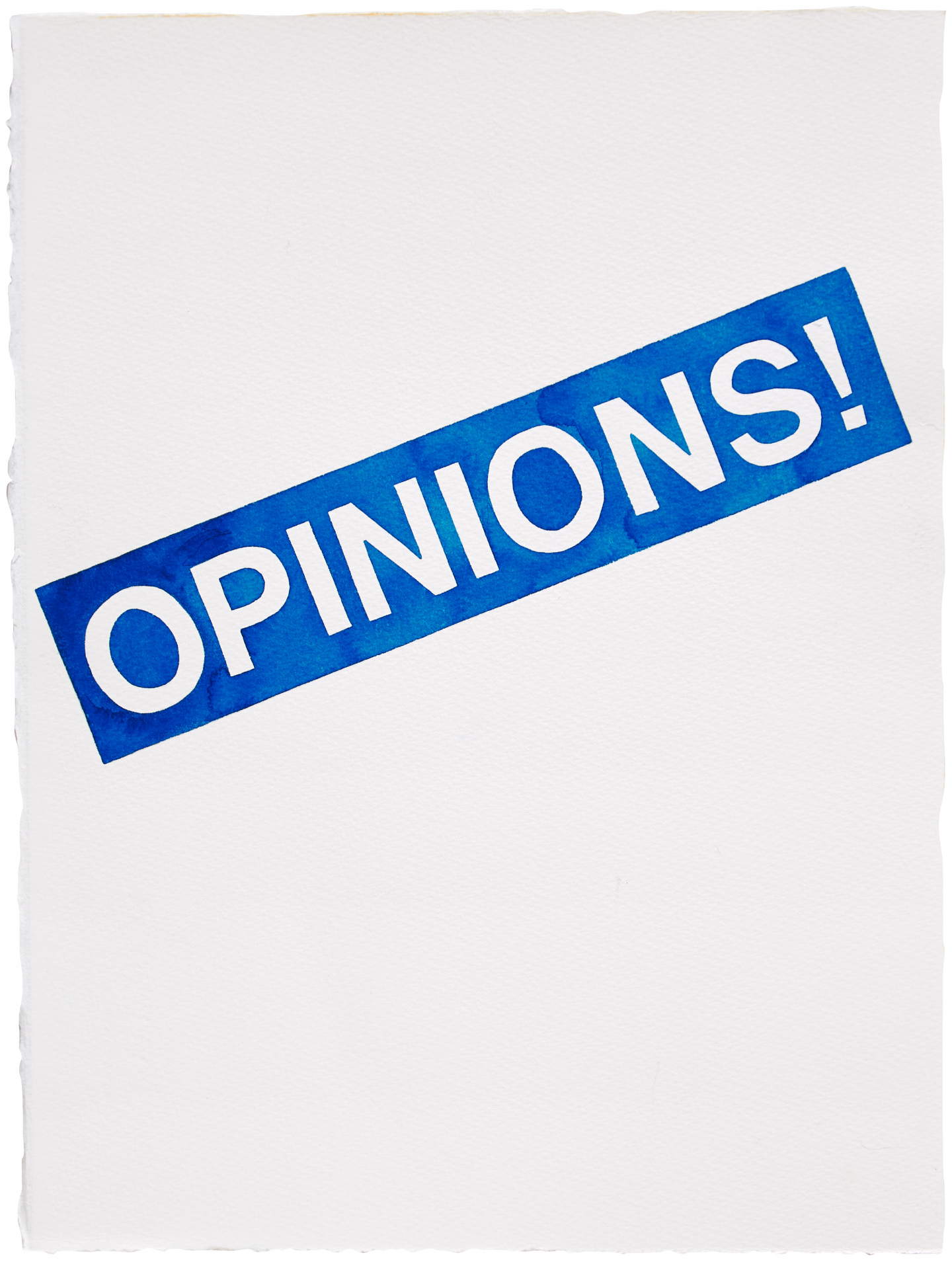 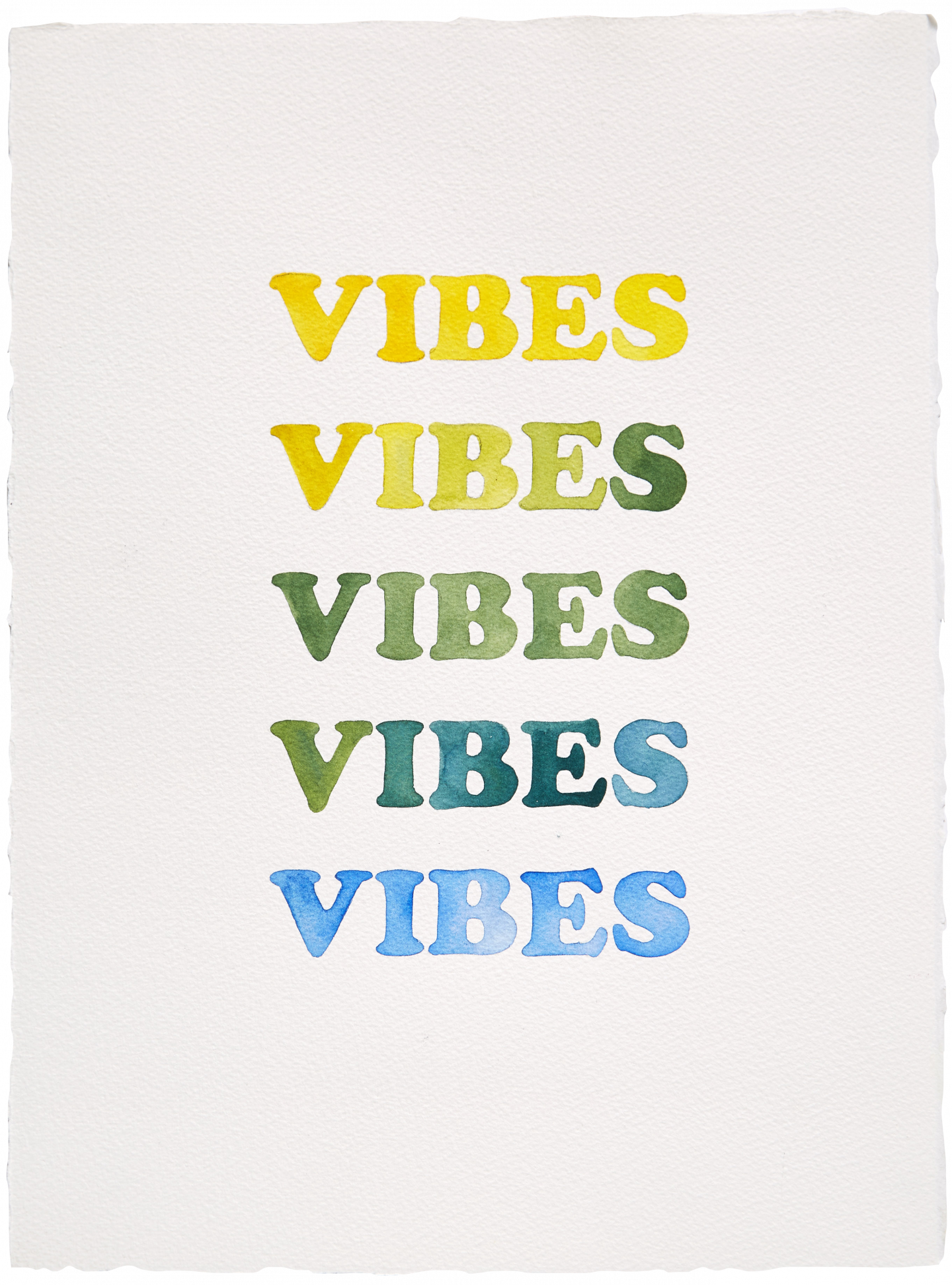 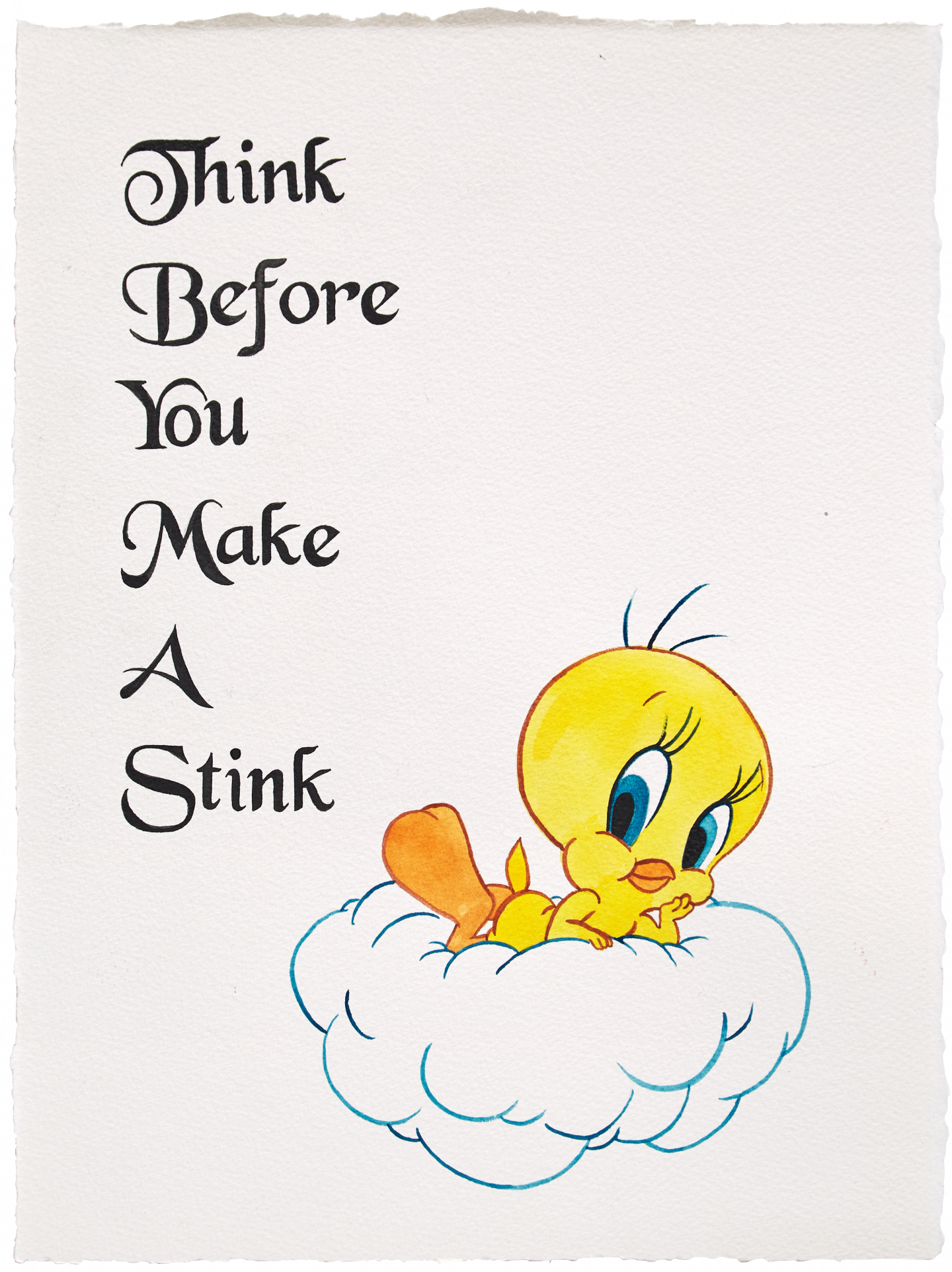 Dipping in and out of figuration, text and its t-shirt graphics point to the belly of Brad Phillips’ work. Neither sarcastic nor entirely ironic in intent, these new Spiritual Watercolors on paper are efforts at delivering proclamations that assert positivity, kindness, and indeed spirituality as simple, beneficial principles for our lives. (At the same time, they don’t reach too far into heartfelt earnestness, for pure reasons of self-consciousness.) Phillips’ bumper-sticker aesthetic carries a sense of nostalgia for things past; a lamentation for a kind of magical ideal; a longing that thinks its suffering is unique. Like a proselytizing mudflap, asserting one’s individuality, politics, beliefs in the throng on the highway. As a painter in various mediums, Phillips moves through the low-art lineage of graphic language that lives in our popular culture, sooner than obeying the more proper etiquettes of high-art history—occupying some ineffable space between the two. Together the works seem to offer that golden rule: We’re all in it together. In Phillips’ words: "This is genuine." In other words, the work speaks for itself.

James Fuentes previously presented Brad Phillips' work in 2017 at Allen & Eldridge. Phillips has exhibited at Wallspace, Andrew Kreps, The Hole, Brennan & Griffin, Mast Books, and Bergdorf Goodman in New York; Nino Mier Gallery, Peres Projects, and The Standard in Los Angeles; The Museum of Contemporary Canadian Art in Toronto; and Agnes B’s Galerie du Jour in Paris. He has received a series of Canada Council for the Arts and British Columbia Arts Council Grants and is represented in various personal, corporate, and museum collections internationally. 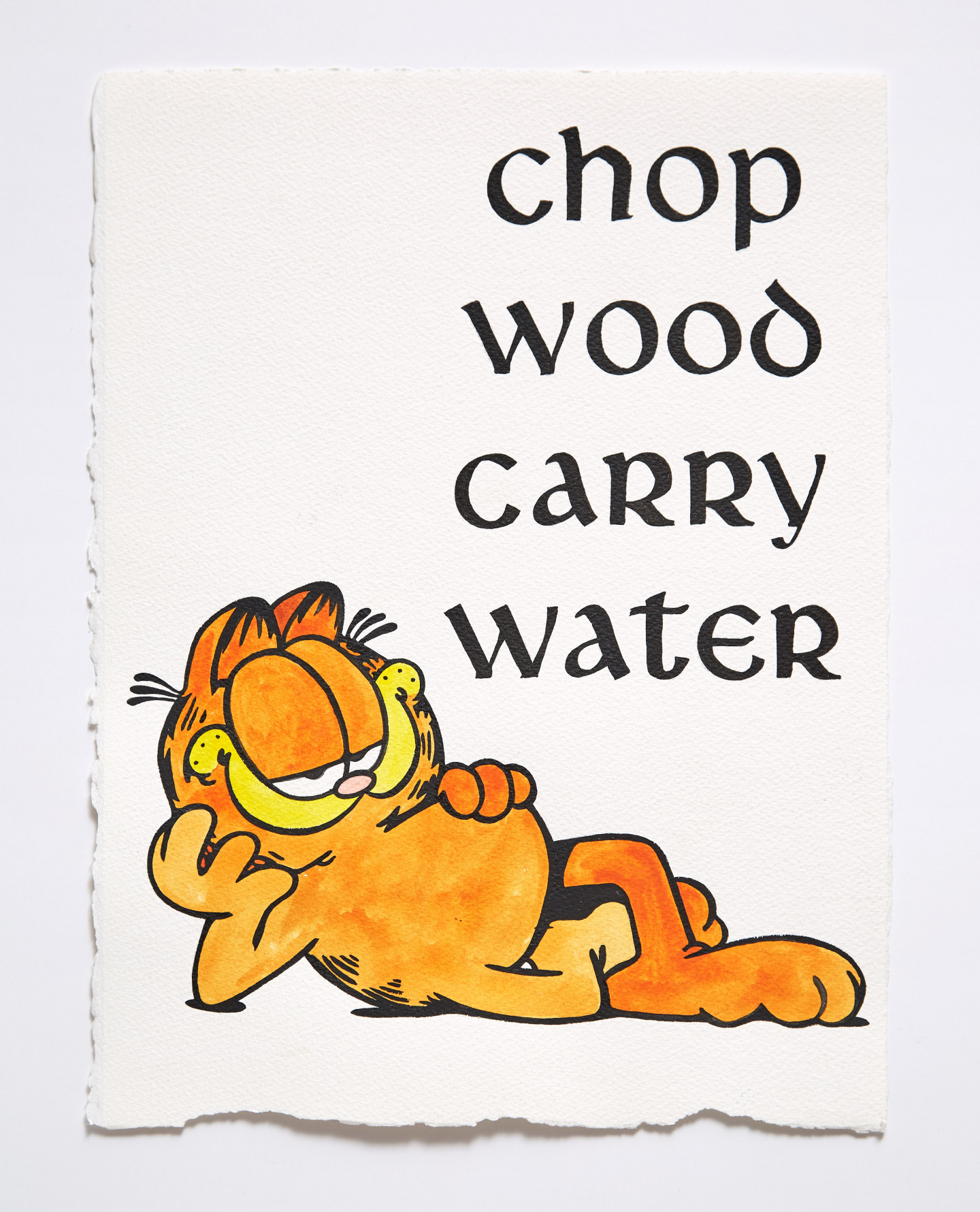 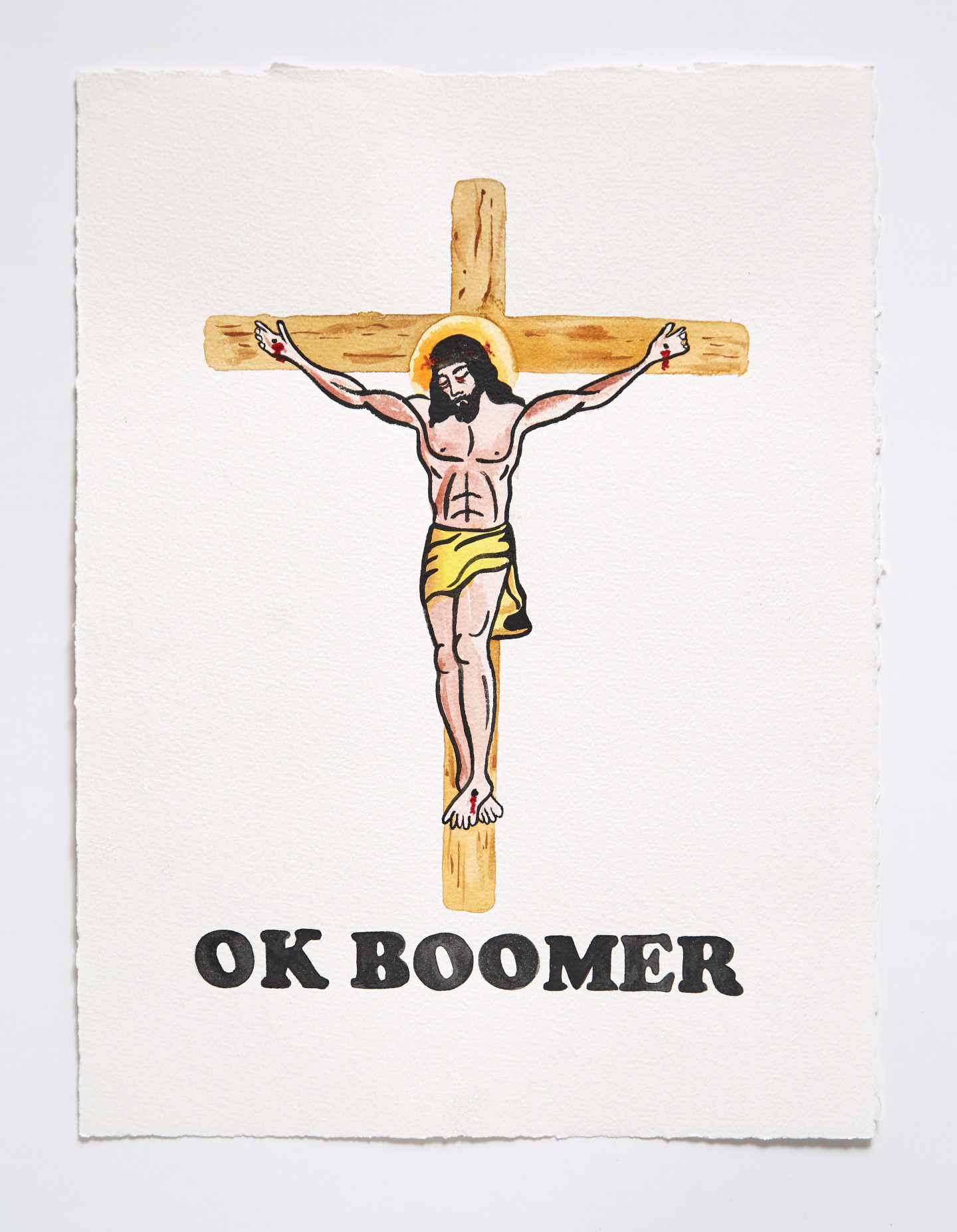 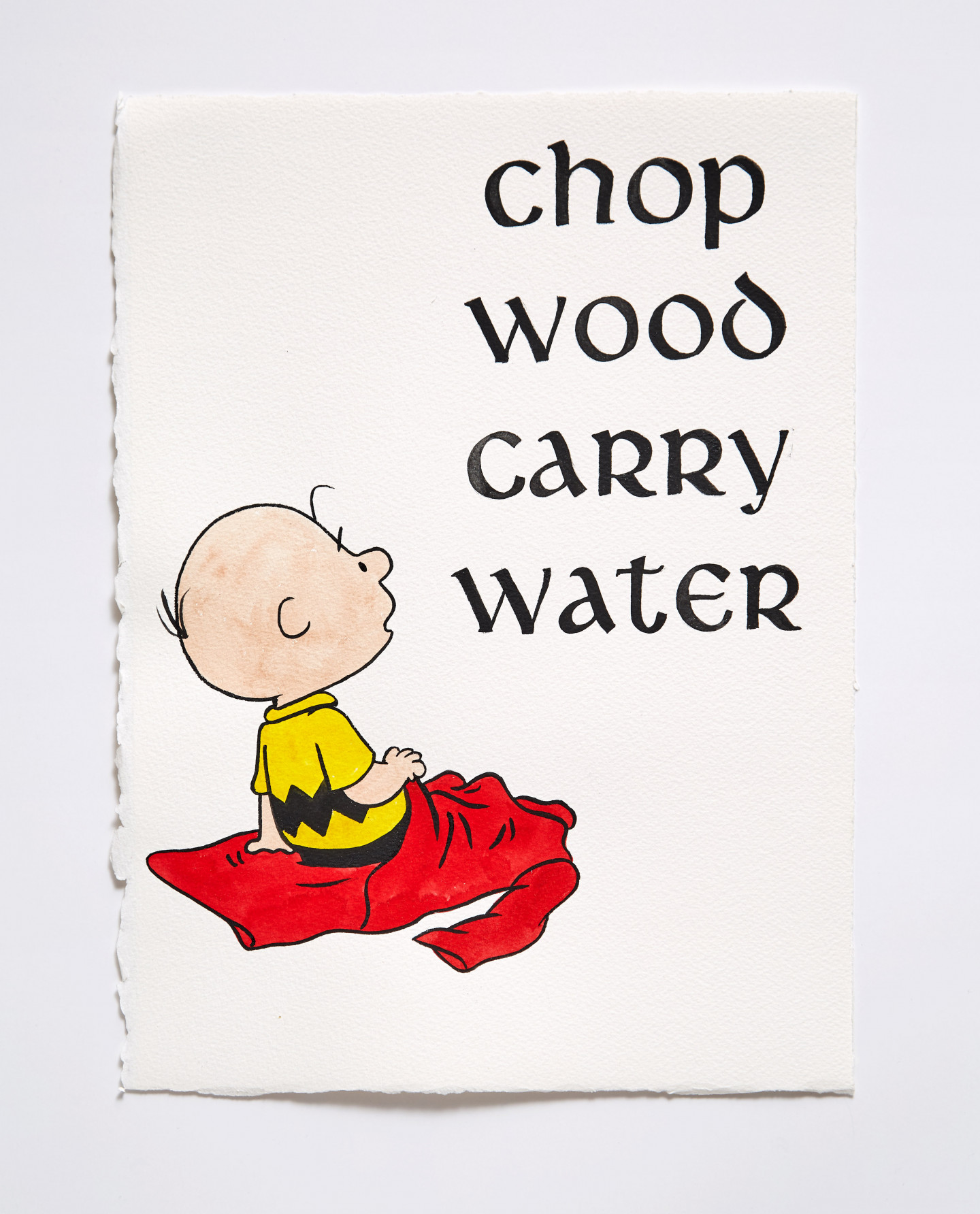 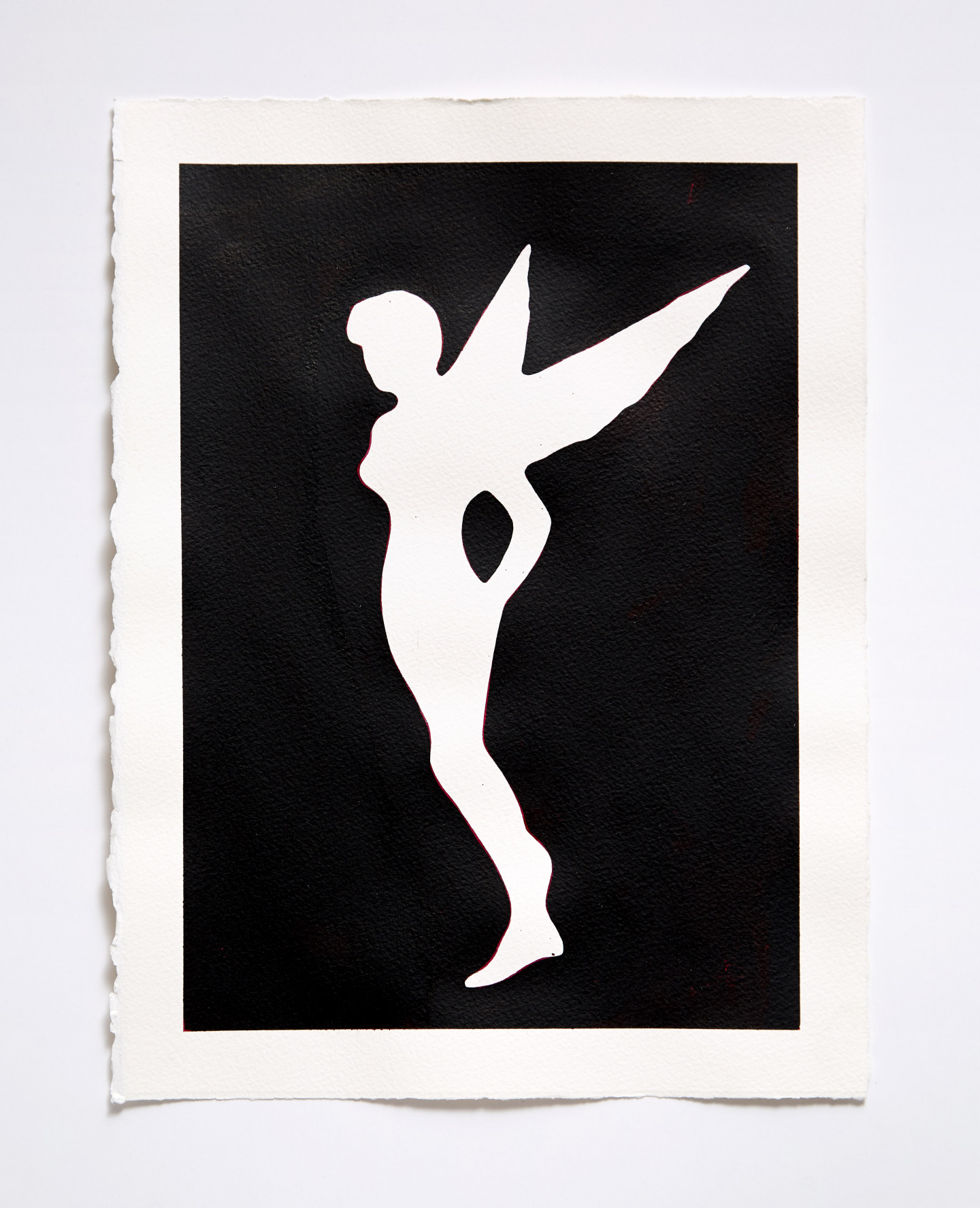 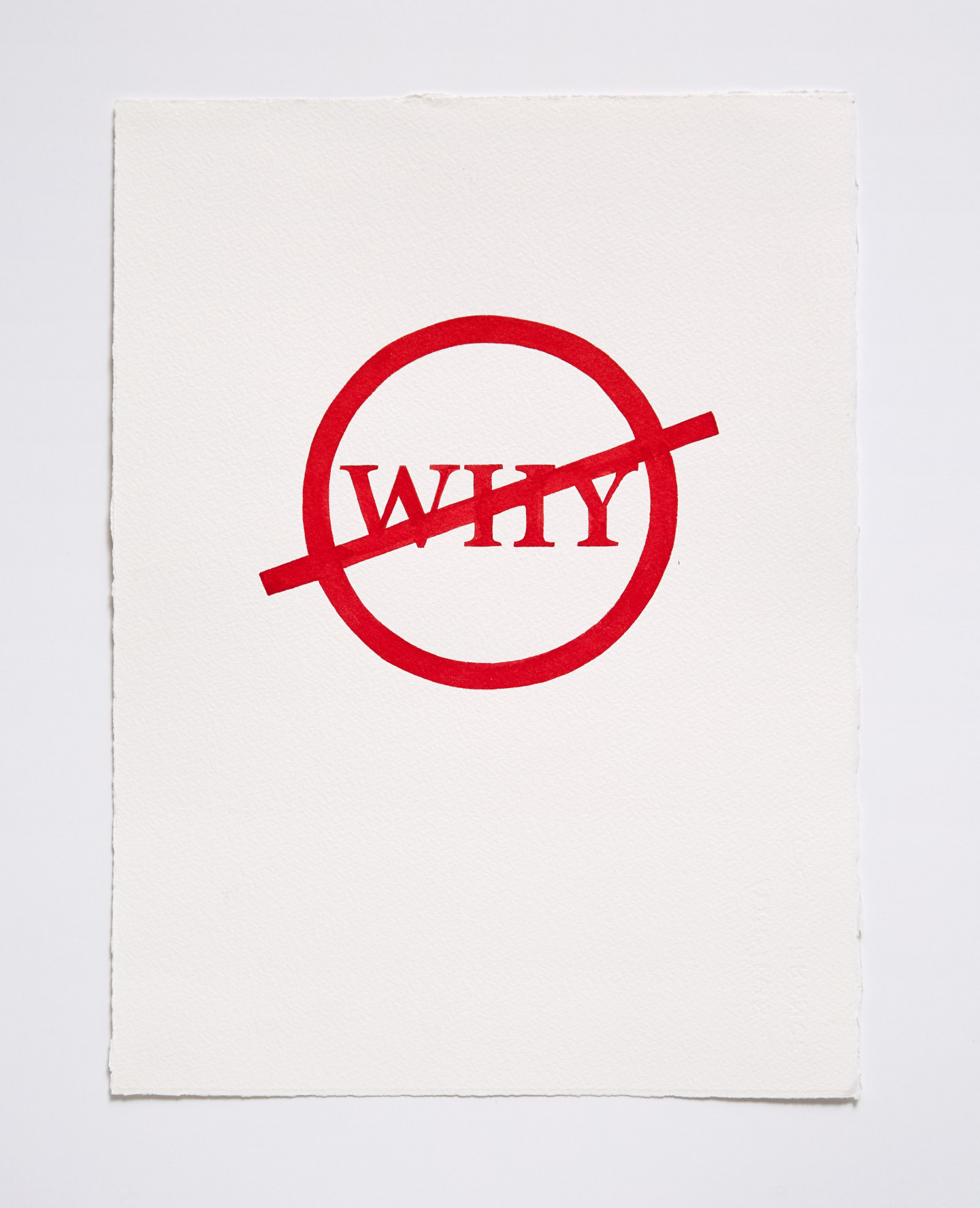 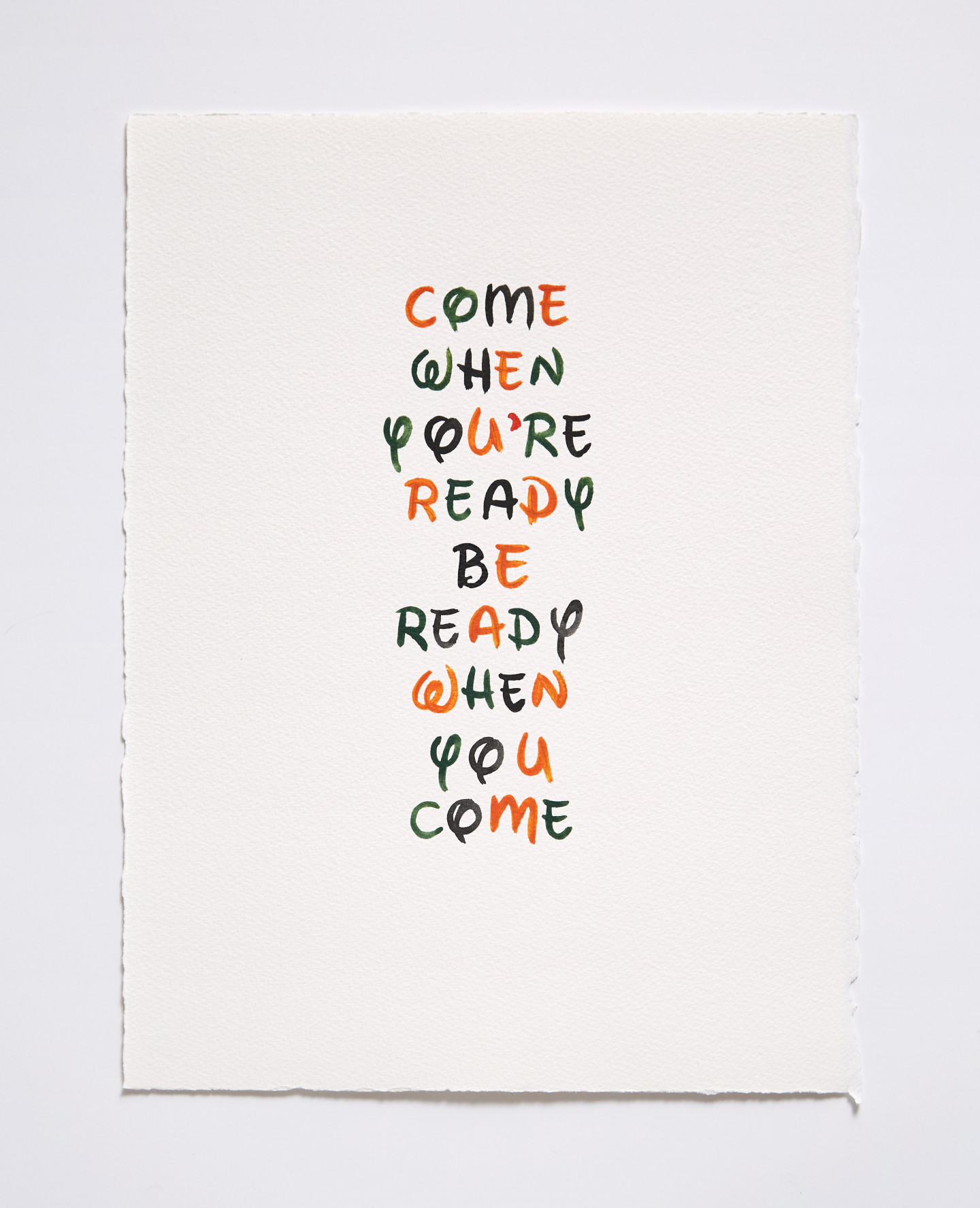 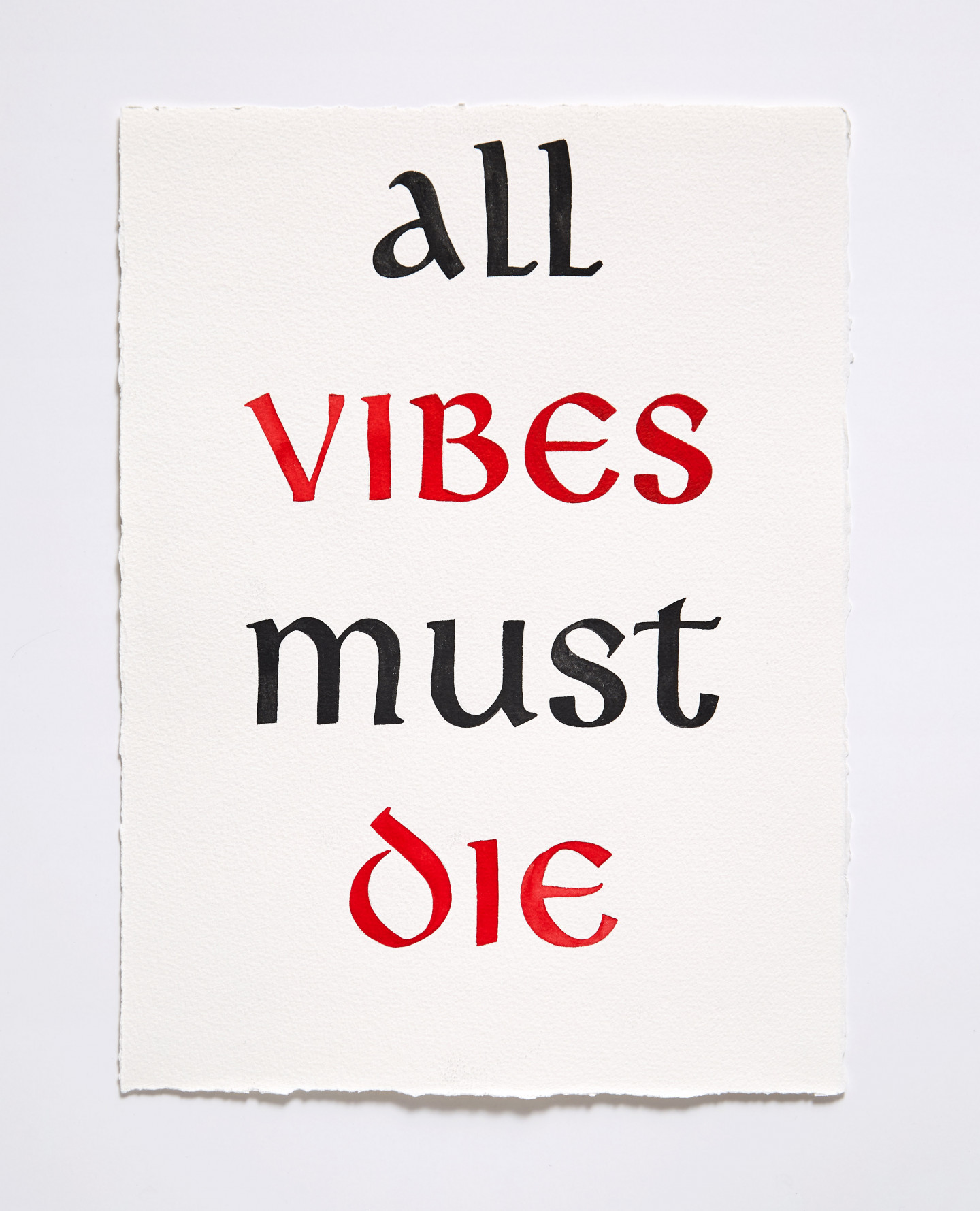 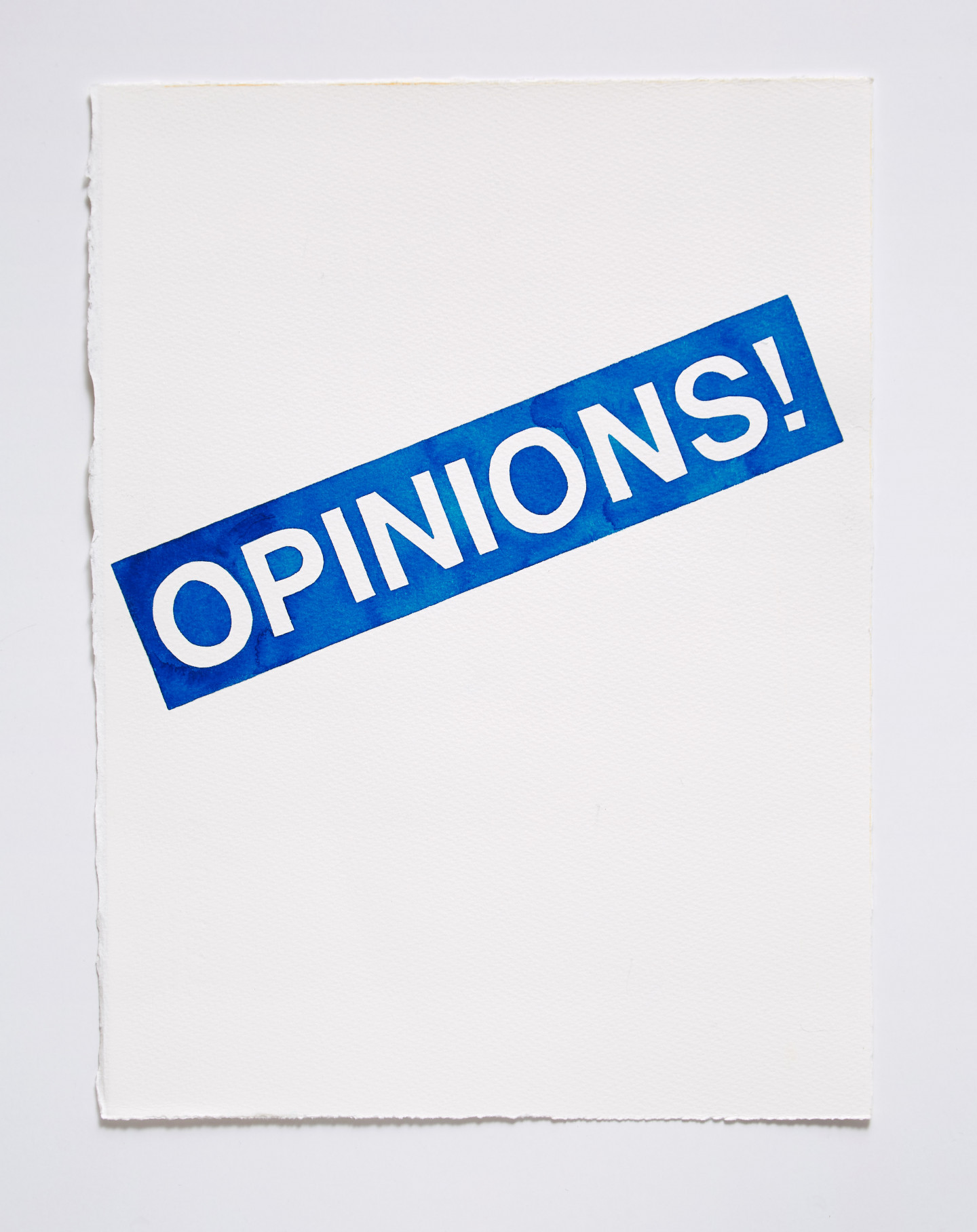 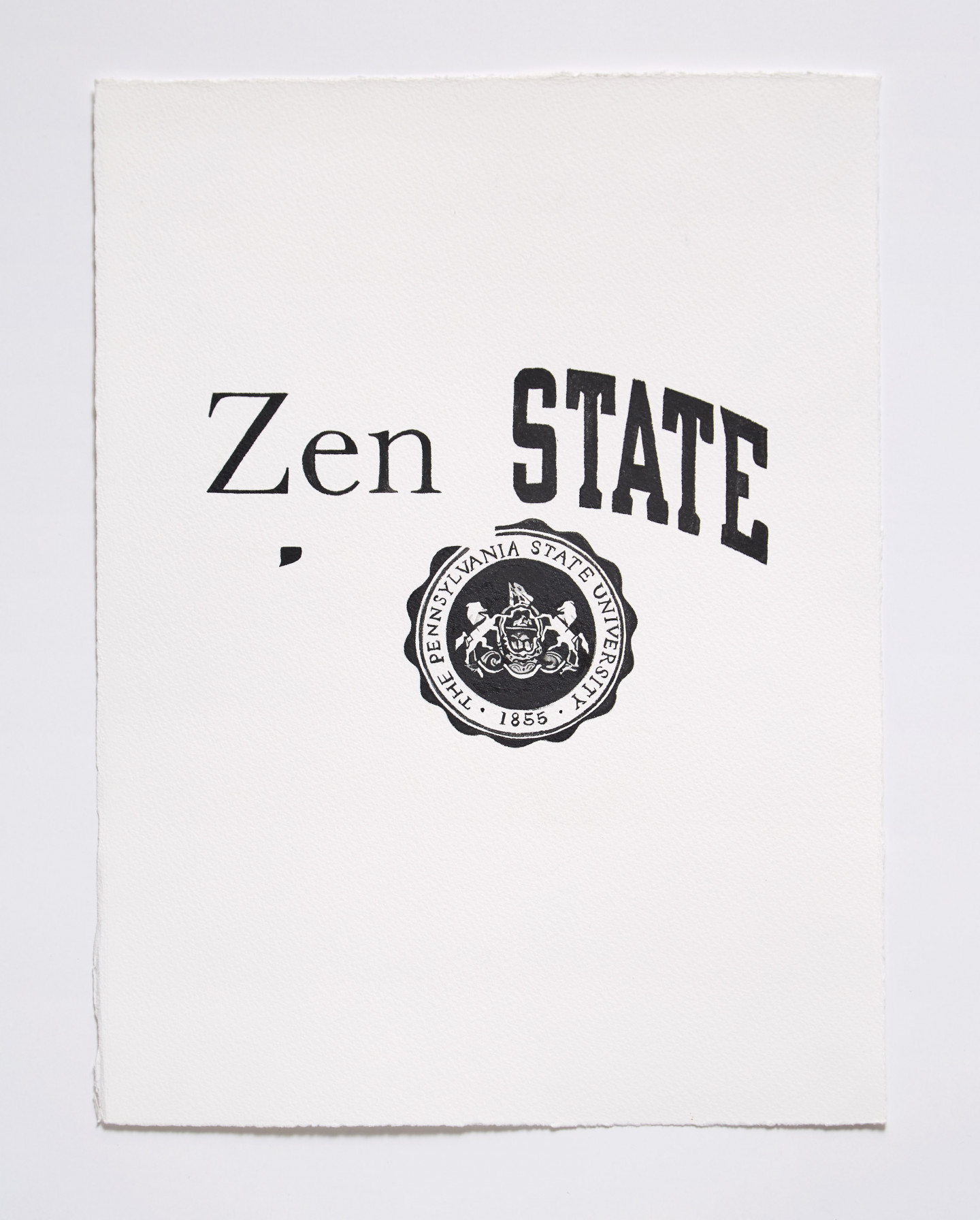 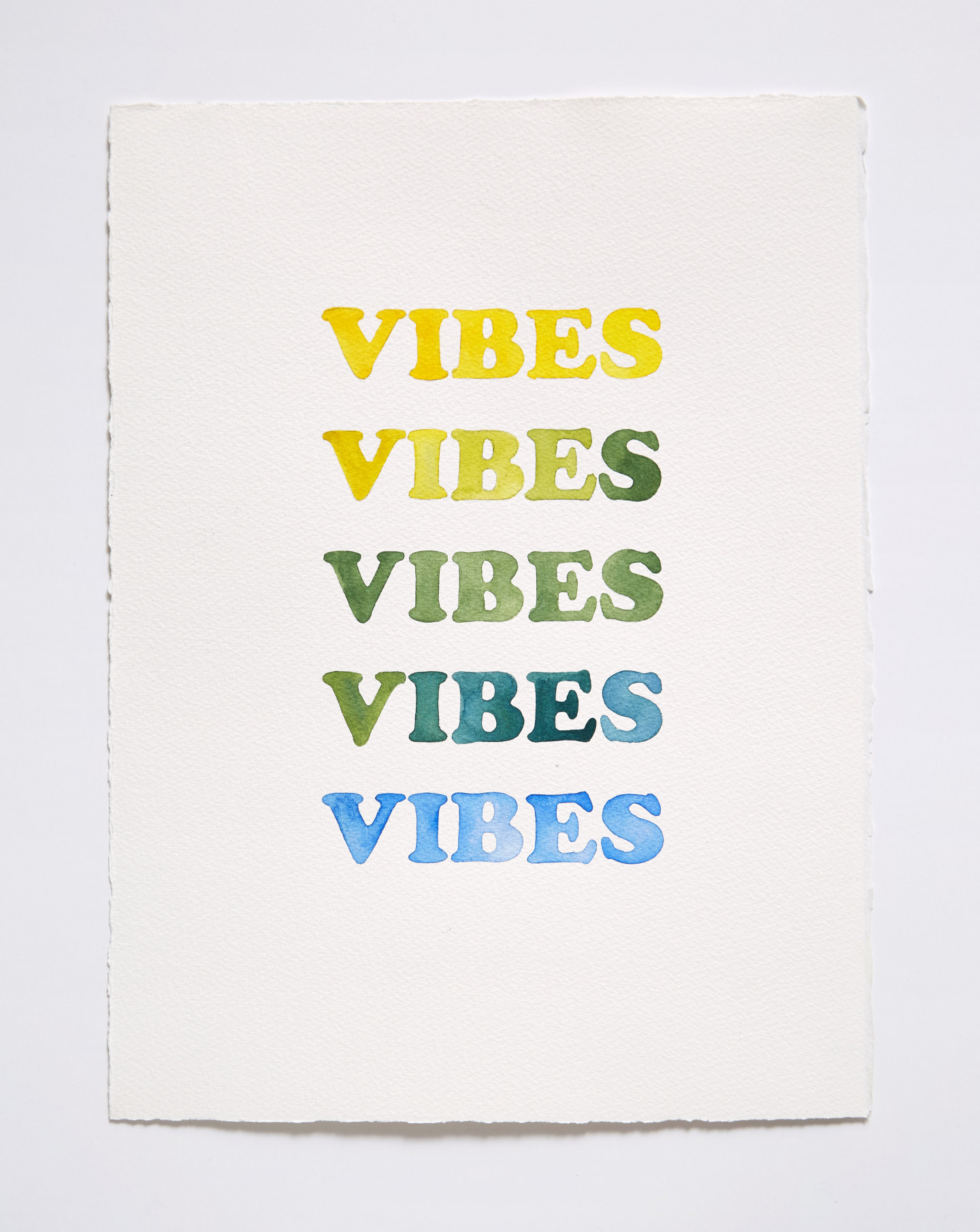 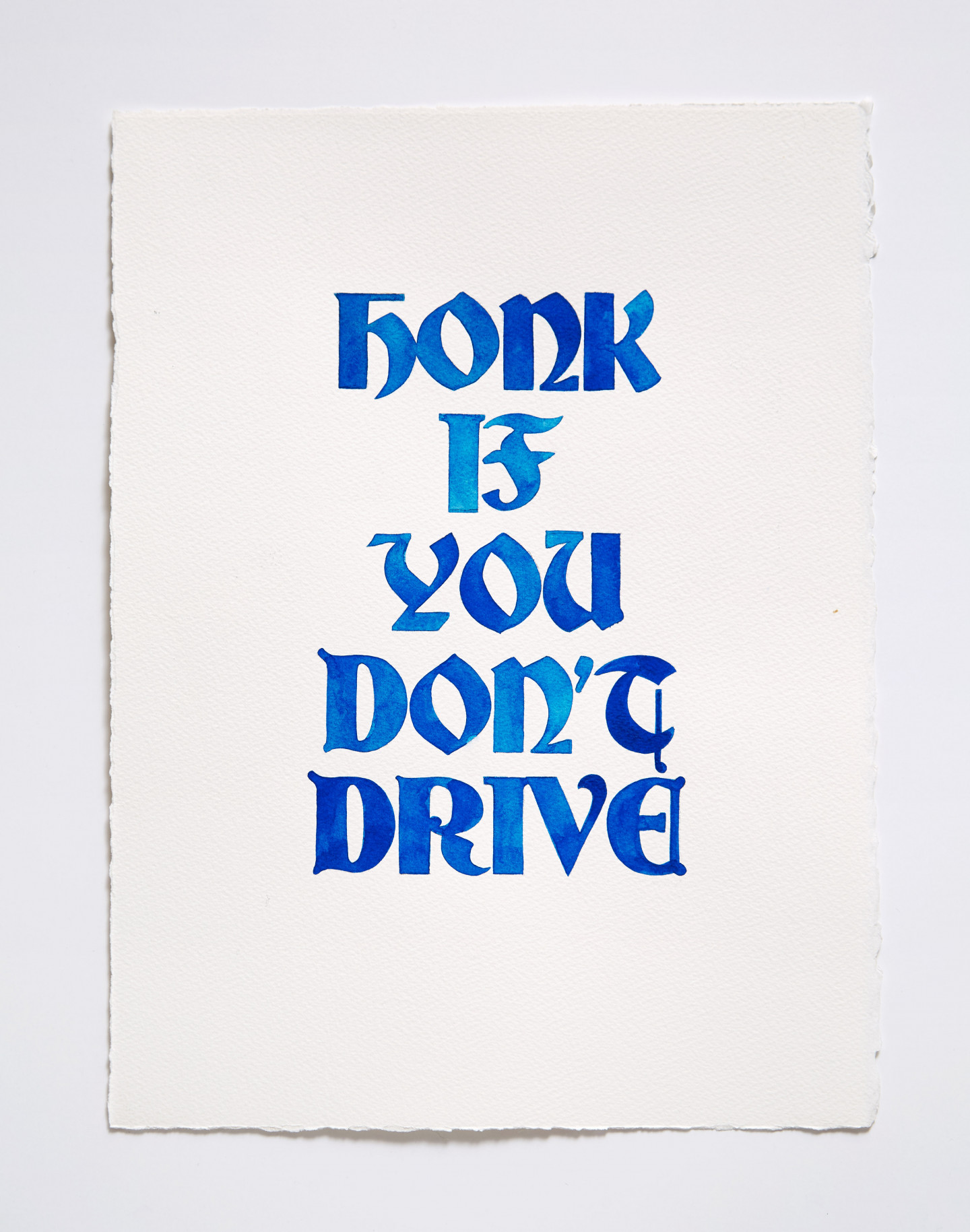 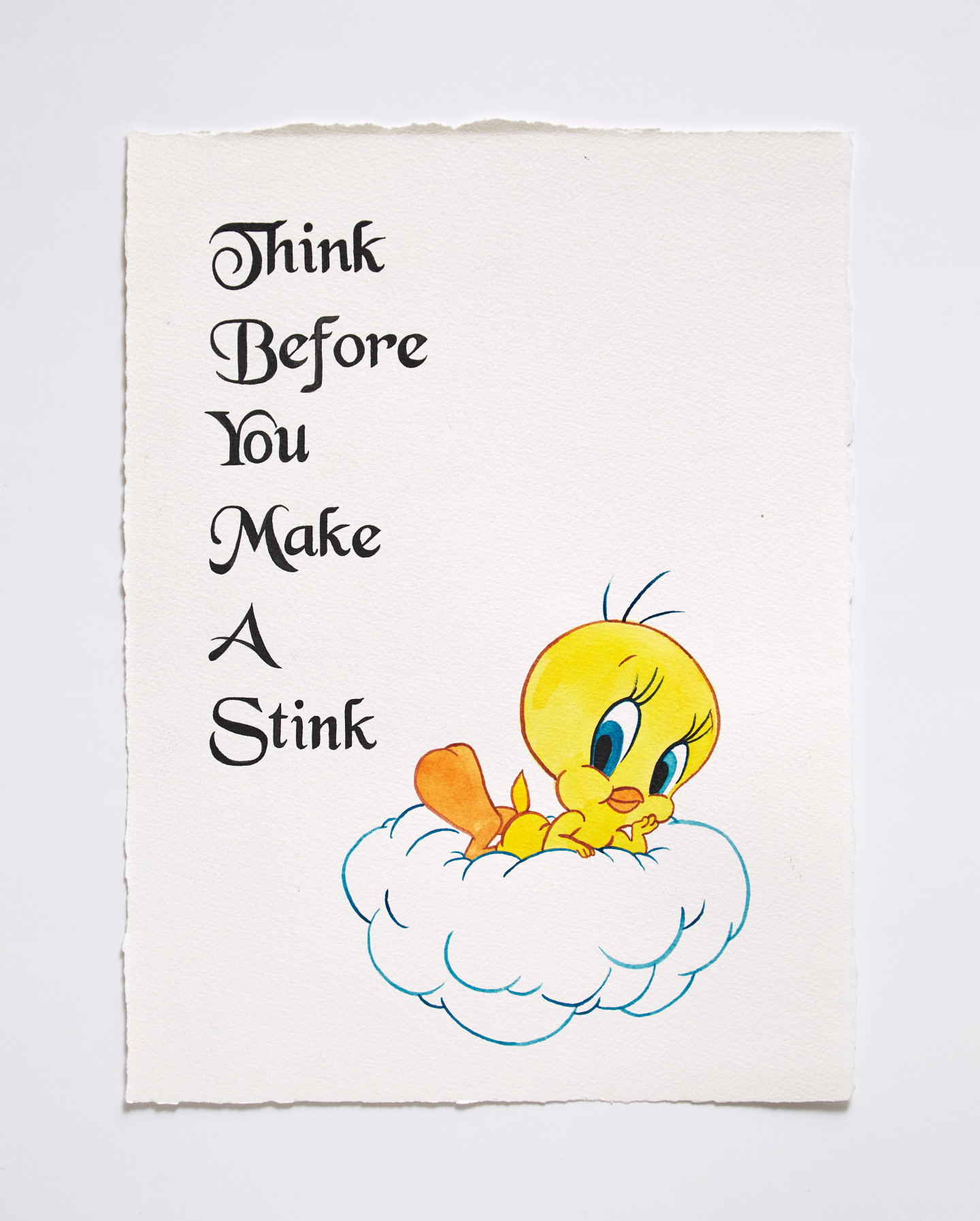 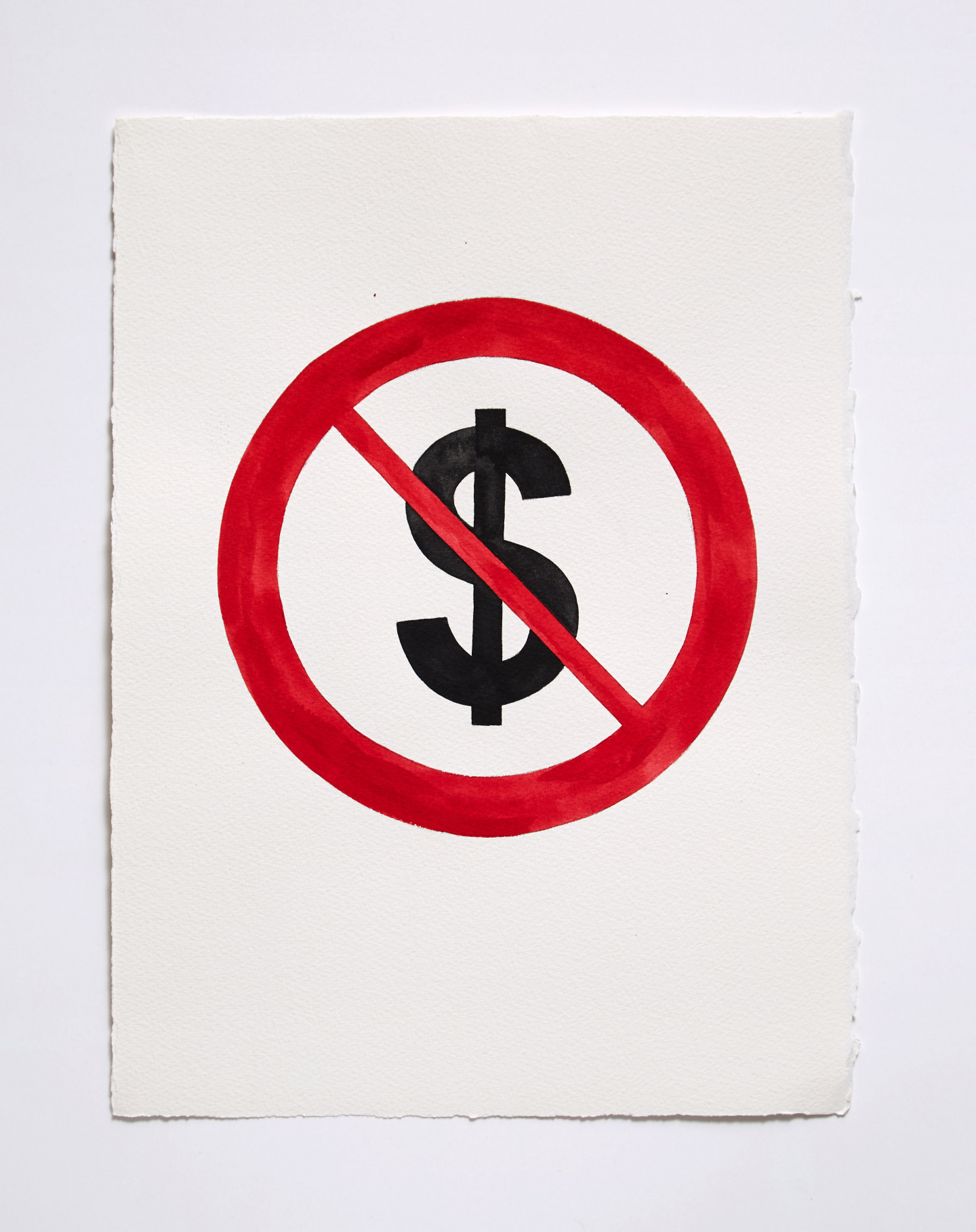 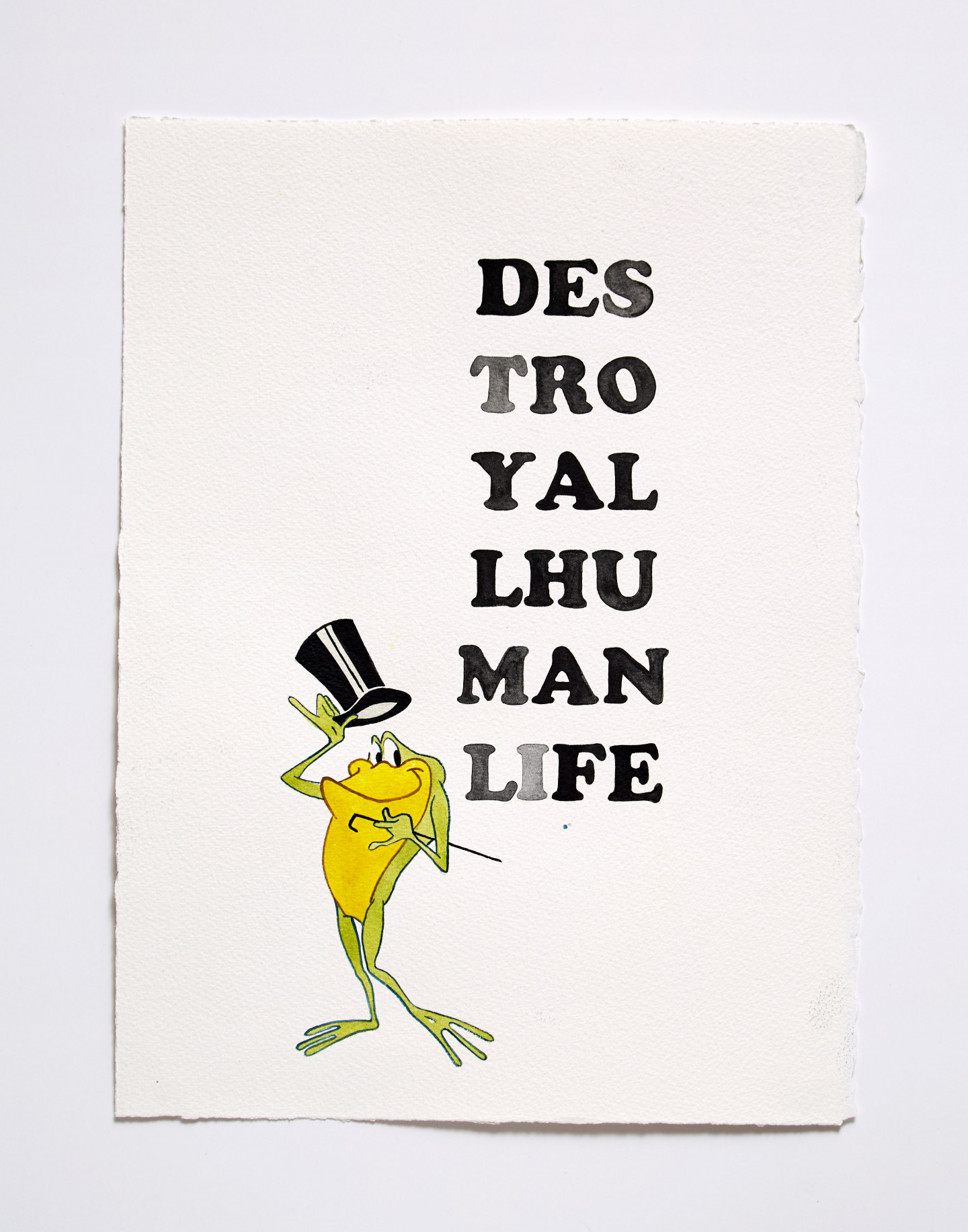 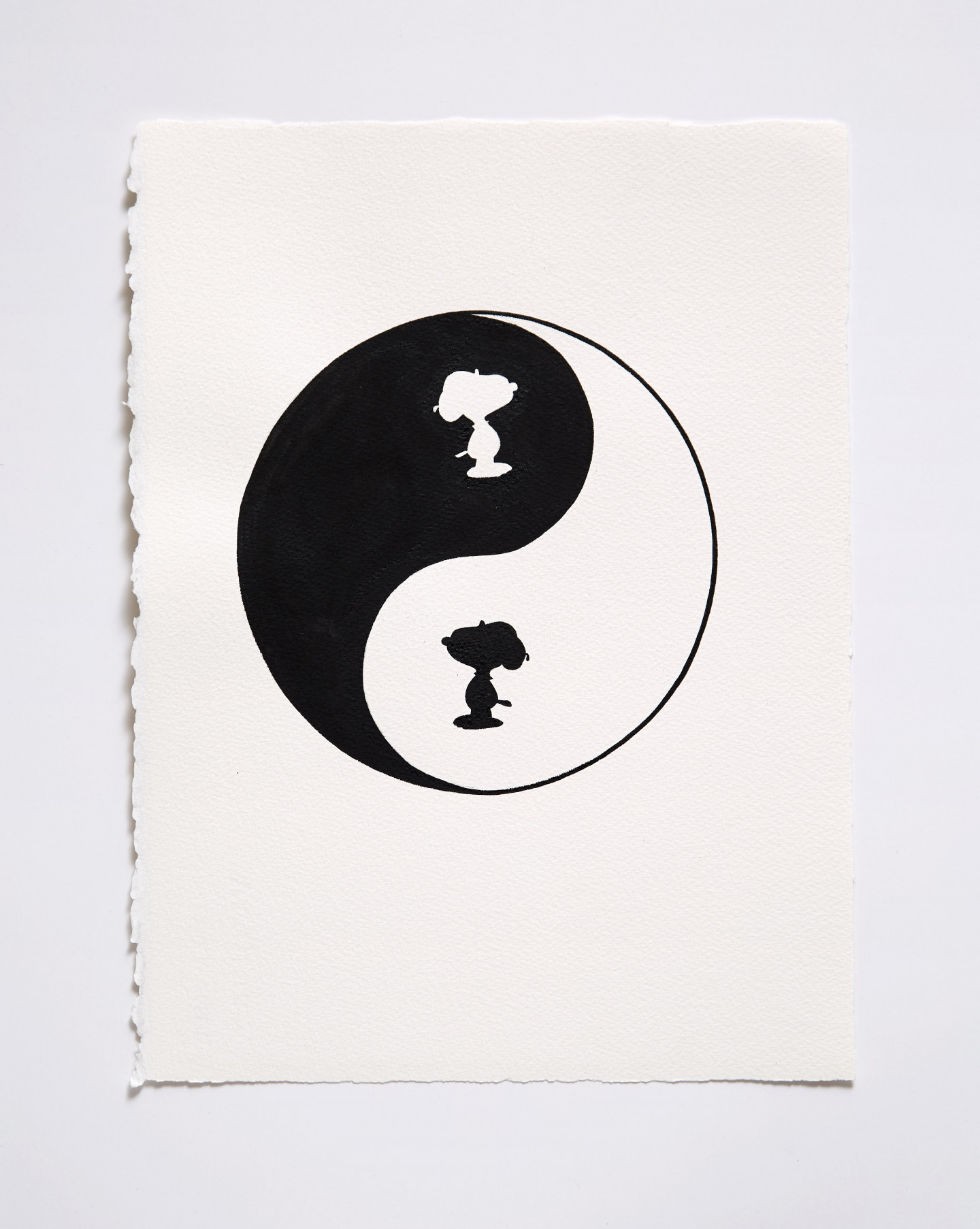